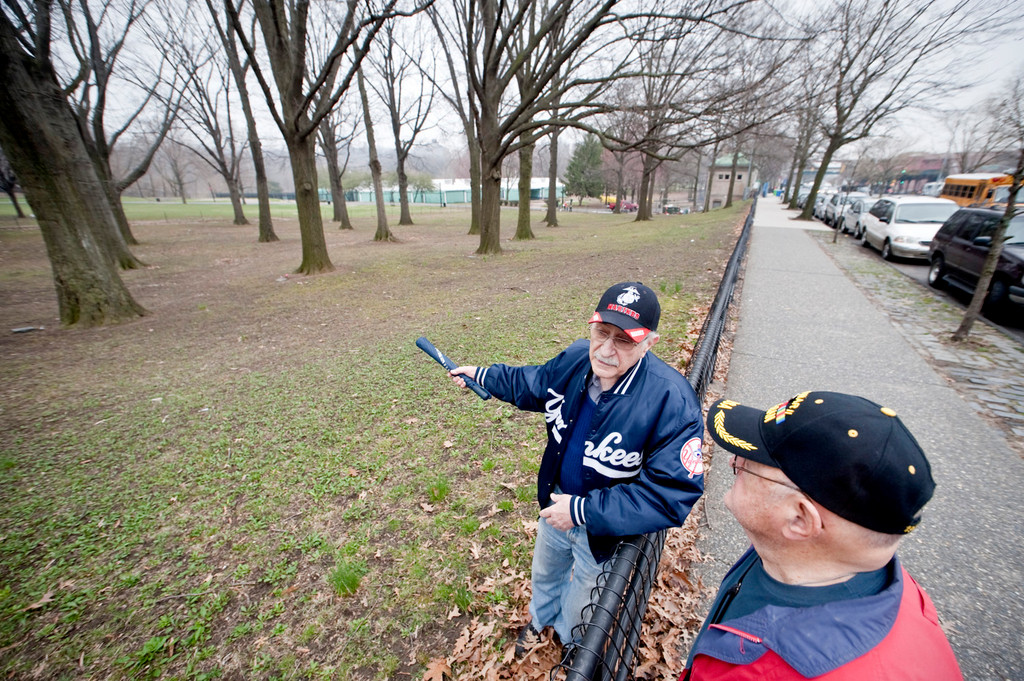 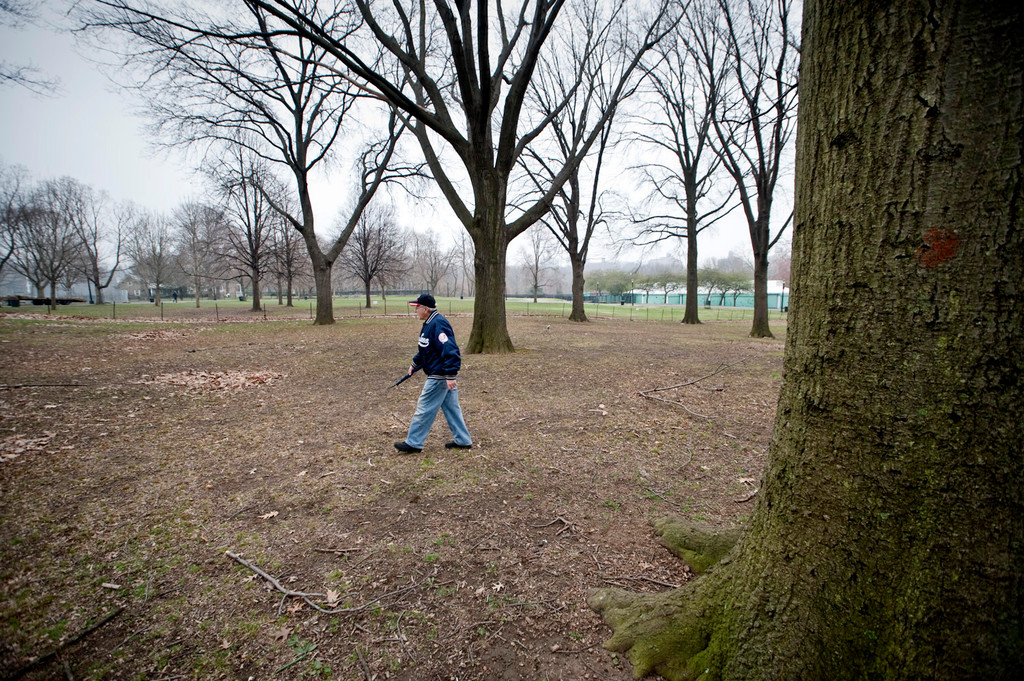 There were no politicians wearing hard hats or ceremoniously throwing dirt in the air at Memorial Grove in Van Cortlandt Park Monday morning.

But at around 8:30 a.m., Herb Barret, a local resident and war veteran who has been pushing to have the Grove restored for years, snuck into the off-limits area through a crack in the fence on Broadway and walked over to where workers from VIF Contracting were beginning construction.

They were building a fence to prepare for a project that includes regrading and reseeding the grounds, trimming the trees and installing four-foot granite stones in front of each, as well as resurfacing 24 plaques and replacing 15 missing ones.

For Mr. Barret, it was represented an accomplishment five years in the making.

“It’s a start,” Mr. Barret said, after which his partner in the mission, Don Tannen, repeated the phrase.

The long forgotten and dilapidated piece of Van Cortlandt Park near Broadway and West 246th Street was originally built in 1949 to commemorate soldiers from the Bronx who died in combat during WWI, WWII and later, the Korean War.

Most people pass by the understated, overgrown grove without ever knowing it’s a memorial for fallen soldiers and the two local veterans have been fighting to change that.

They reached out to the local elected officials and received funding from Councilman Oliver Koppell. But because of the long process of selecting a contractor and other bureaucratic holdups, the restoration was repeatedly delayed.

When the Parks Department finally chose VIF Contracting, the company gave April 11 as the date they could begin work.

Mr. Barret and Mr. Tannen, along with his wife, Lillian, showed up to make sure they did.

According to the project manager from VIF, the construction could be completed in as little as six weeks once actual construction begins.

A groundbreaking with all the typical pomp and circumstance has not yet been scheduled.