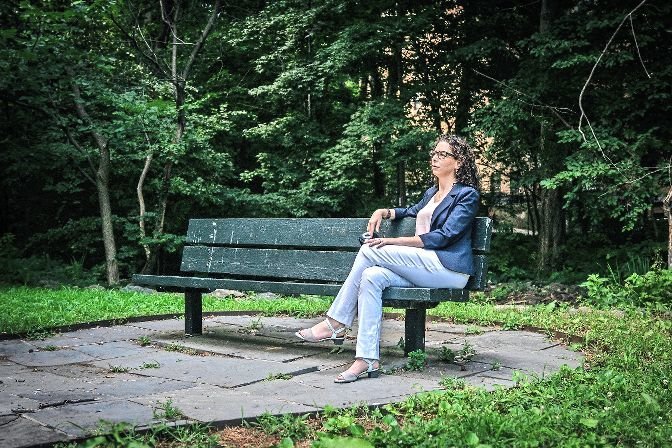 Jessica Haller has tested positive for the coronavirus, but says she is doing fine. By pure coincidence, her daughter — attending school abroad — also contracted the disease. As did mayoral candidate Andrew Yang.
HIRAM ALEJANDRO DURAN / File
By MICHAEL HINMAN

Coronavirus infection rates may be dropping in the city, but two prominent candidates seeking to open up offices in City Hall are now among those who are testing positive.

City council candidate Jessica Haller and high-profile mayoral candidate Andrew Yang both announced within minutes of each other Tuesday morning they have tested positive for the virus that causes COVID-19. Both tell supporters they are recovering, and are dealing with mild — if any — symptoms.

"After a few challenging days, everyone is doing fine, thank God," Haller told supporters in an email. She's running in the March 23 special election to replace Andrew Cohen, and says she believes she contracted the virus during a doctor's visit.

"Getting infected has forced me to step back and think about how health care is delivered in our community," Haller said. "I am fortunate to have access to care — that is not true for everyone in our neighborhoods. COVID has taken a fearsome and disproportionate toll on communities in the Bronx with the least access to health care."

Yang, a high-profile mayoral candidate who became a household name during a failed run for the presidency in 2019, said he learned about being positive through a rapid test.

"I am experiencing mild symptoms, but am otherwise feeling well and in good spirits," Yang told supporters, in a release. "I will (isolate) in accordance with public health guidelines, and follow the advice of my doctor."

Both Haller and Yang say they won't be completely off campaigning, however, In fact, Yang told supporters he plans to continue attending virtual events.

"When the time is right," Yang said, "I look forward to once again hitting the campaign trail, and advancing a positive vision for our city's future."

Haller is not the only candidate seeking the local city council seat who has suffered with the coronavirus in recent weeks. Mino Lora revealed her own bout with COVID-19 last month, but made a full recovery.

Haller will appear in the first televised city council debate hosted by The Riverdale Press and BronxNet on Tuesday, as the debate itself was filmed Jan. 20. She will be joined by Lora, Carlton Berkley, Eric Dinowitz and Dan Padernacht.

That debate begins at 7 p.m., and can be found on BronxNet Optimum Channel 67, FiOS Channel 2133, or online at BronxNet.tv.