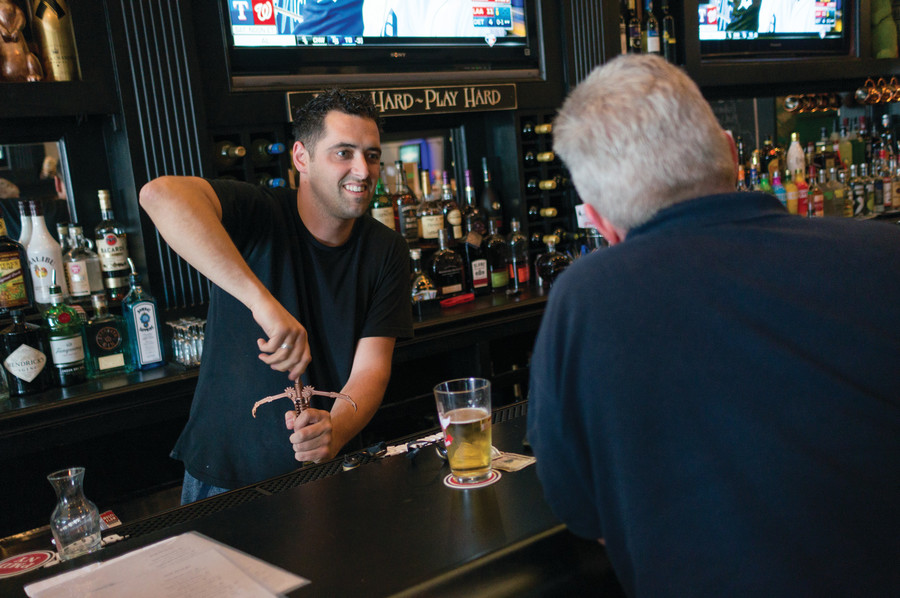 Anthony Darcy opens a bottle of wine while talking with a customer at his new bar Tortoise & Hare.
Julius Constantine Motal 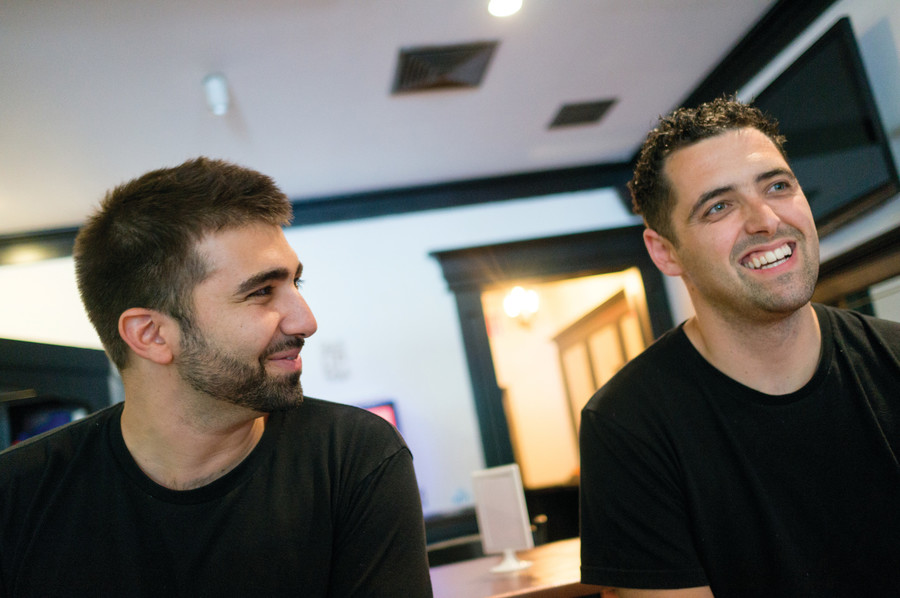 An Irishman and a Riverdalian open a bar …

This is not some opening line for a corny joke — for Anthony Darcy and Christopher Vega, it’s reality.

The two close friends met four years ago, working long hours behind bars making drinks and washing glasses. Now the duo have launched their own business, Tortoise & Hare, which officially opened on June 2.

The bar pays homage to Van Cortlandt Park, as it is named after the statue that directly faces the establishment.

The space, charmed by original woodwork and a large fireplace, is still quite unfinished. But last Thursday afternoon, a dozen patrons had no problem enjoying their drinks amidst the unpacked boxes and unhinged picture frames. One proud mother even climbed onto the countertop to help clean and organize shelving units.

When the pair purchased the building that previously housed Gleeson’s Sports Bar & Grill, they never considered themselves construction workers. But that didn’t stop them from doing most of the work themselves — refinishing the floors, painting the bar, putting up tables. The only outside help they sought was for the electricity and plumbing.

Darcy and Vega bought the building on Christmas Eve and completed work just in time to open this month. During the six-month renovation, the two would often sit on the floor of the empty bar at night with a bottle of wine and bounce ideas of each other about the drinks, the menu, and the style of the place itself.

They admit the atmosphere has changed dramatically from their two-man cave, but in a great way.

“Now we have that chance to see it used to its full potential, its full purpose, which is serving people,” Vega said. “When it’s yours, you’re going to put the work in.”

Darcy and Vega both worked at Riverdale City Grill until it closed this past February and accredit the bar for helping them prepare for this new venture. Many of the tortoise figurines and witty pub signs decorated throughout the bar are gifts from friends, past coworkers and loyal customers.

While Tortoise & Hare is less than two miles from where the Riverdale City Grill once stood, the two say the neighborhood is vastly different.

Being located at 6115 Broadway will allow the bar to attract many patrons from grassy Van Cortlandt Park just across the street. While Tortoise & Hare is walking distance from Manhattan College, Vega and Darcy are aiming for a more familial atmosphere.

That is why the two are working tirelessly to create a brunch menu to appeal to the summer park crowd on the weekends. While they opened just for drinks on June 2, the one-man kitchen was up and running just a week later.

The brunch menu runs from 11 a.m. to 4 p.m., on Saturdays and Sundays and features plates such as avocado toast, eggs Florentine and stuffed croissants. For an additional $18, customers can have unlimited drinks — mimosas, bloody marys, or domestic beers — for two hours.

Along with the weekend brunch special, the bar has happy hour Monday through Friday from 2 to 8 p.m.

Vega and Darcy intend on making their food and drinks with the freshest ingredients and using local Bronx and New York City vendors whenever possible. They already have Yonkers Brewery beverages on tap with Brooklyn beer distributors coming soon.

Even Vega is a local fixture himself, born and raised in Riverdale and a graduate of Fordham University.

“I never left and I never plan on it,” Vega said. “Plus you don’t have to sit in traffic to get to work.”

While the two have embraced the opportunity to open their own business, neither can say that they grew up wanting to be bar owners,

“You don’t really think about that in your early 20s,” Darcy said. “Time passed and the opportunity came along and we jumped on it. It’s all good fun.”