Where historical archives fail us, ghost stories fuel our knowledge of the past 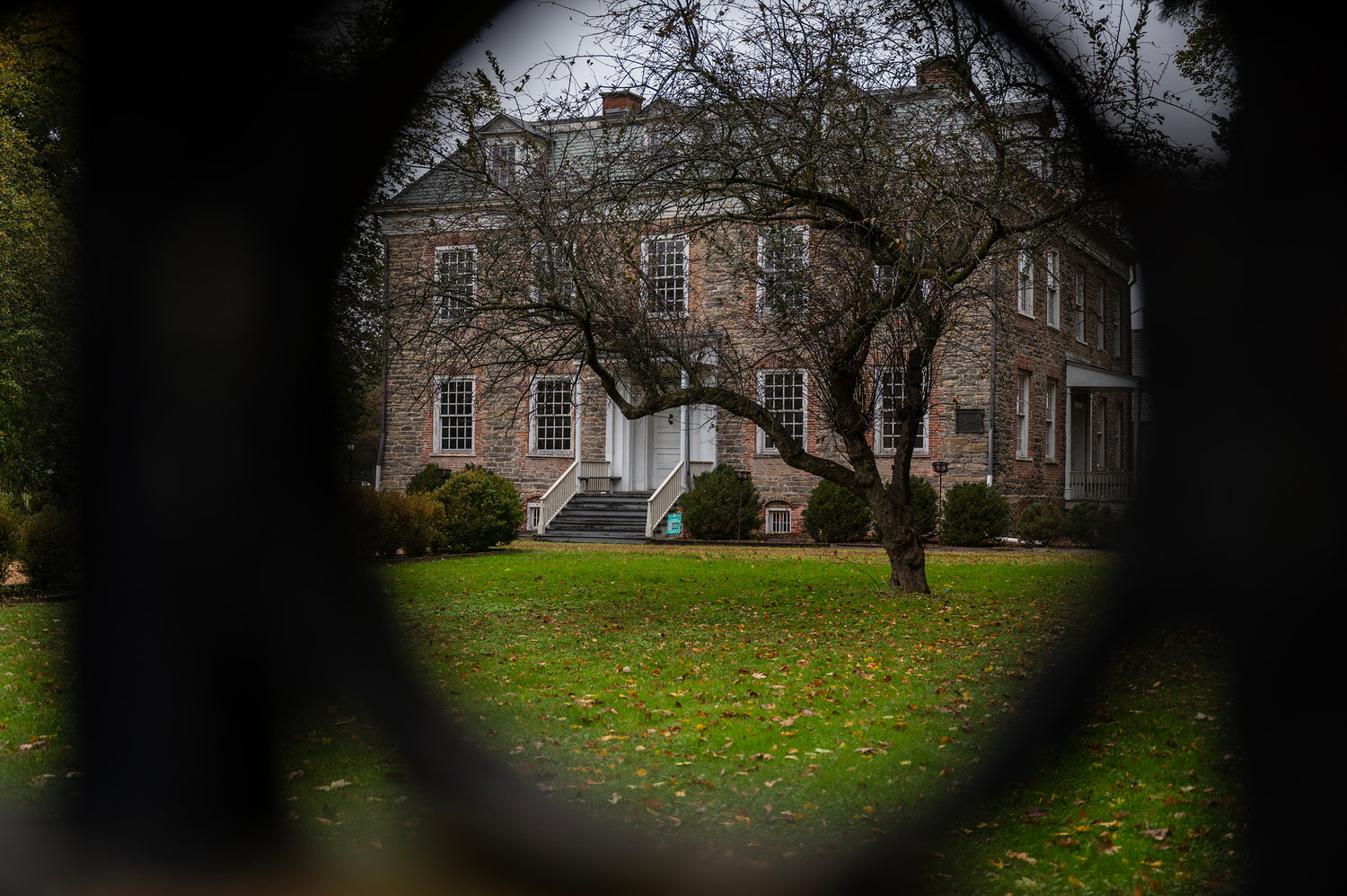 The exterior of Van Cortlandt House, a place that may house more stories than actual ghosts.
Hiram Alejandro Durán 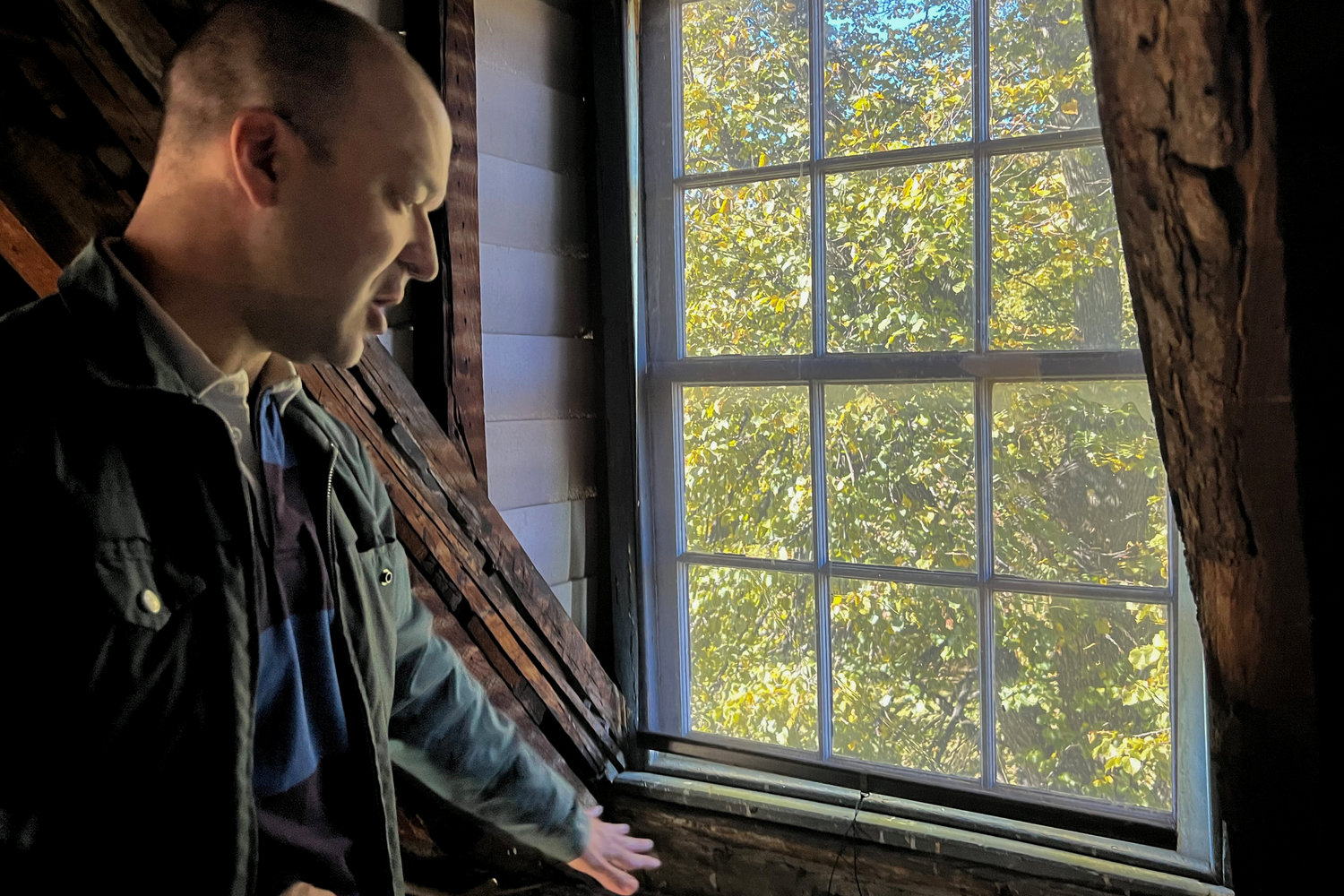 Sun streams into the fortified Van Cortlandt family vault, where the remains of the family have been interred since the eighteenth century, and the official seal of the city of New York was briefly stashed for safekeeping during the American Revolutionary War by Augustus Van Cortlandt.
ABIGAIL NEHRING 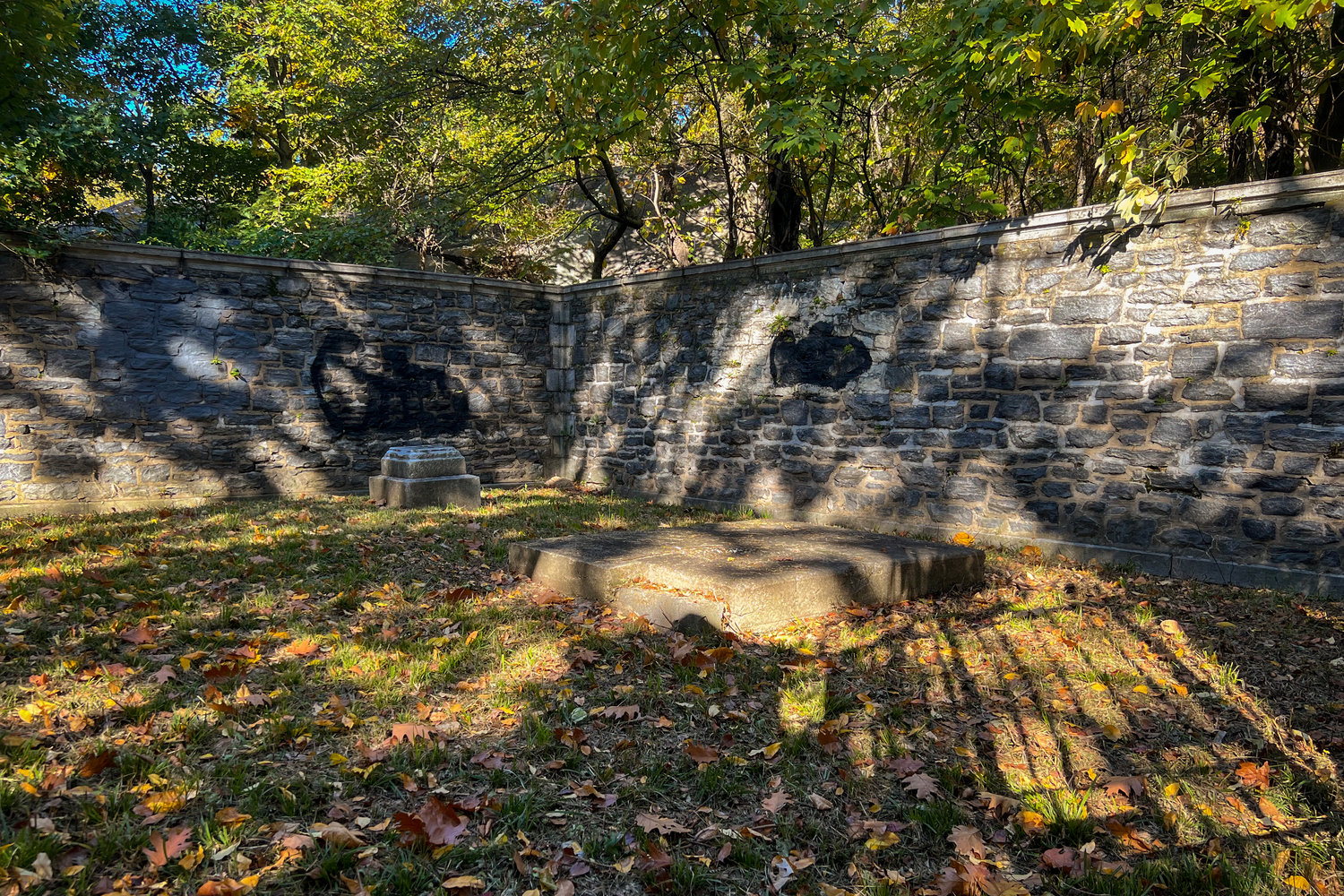 The walls outside the Van Cortlandt House Museum.
ABIGAIL NEHRING
Previous Next

I've spent a lot of time here, and I’ve never seen a ghost. But sometimes you can’t help but get a special feeling.”
NICK DEMBOWSKI, historian
By Abigail Nehring

The sun streamed cheerily on Van Cortlandt Park on a Friday in late October and a lone catbird called across the parade grounds.

The weather-worn faces of seven grotesque masks peered down forebodingly from their perch above the southern-facing front windows of the Van Cortlandt mansion — a lion, a goblin perhaps, a pair of medusas.

It was a glorious fall day, but visitors beware — the veil is thin this time of year.

These malevolent spirits seem an odd choice for the Protestant merchant family that erected the mansion in the mid-eighteenth century. The historical record doesn’t help us much here.

There’s not a lot of information about how the house was built, says Nick Dembowski, local historian and the director of the Van Cortlandt House Museum since April. “Our understanding is they were put there to ward off evil.”

He points to the initials “VBD” carved on a cornerstone just beneath the roof. But this too is “one of the mysteries,” Dembowski said. “We don’t know who that is.”

The stone house was likely built by slaves who worked on the grain plantation that once occupied much of the southern swath of Van Cortlandt Park. In 1821 Augustus Van Cortlandt set free an enslaved Black woman named Dinah, noting “the great care and attention” she paid during his wife’s last illness. She may have been the last of multiple generations of enslaved servants who worked on the property before New York abolished slavery in 1827.

They likely lived in the mansion’s unheated attic.

The front door of the Van Cortlandt house needed a new brass skeleton key this year, so Dembowski went to Larry the Locksmith in Riverdale. He showed it off as he admitted The Riverdale Press into the tiled parlor.

The predecessor to the New York City parks department leveled the ground around the mansion in 1889 to make way for tanks and heavy artillery that used it more or less continuously until the end of World War I.

It was during this excavation that amateur historian J.B. James, who lived across from the park, discovered the archeological remains of pre-Columbian hearth pits filled with oyster shells and burial sites containing human remains. The artifacts James unearthed are now stored in the National Museum of the American Indian, and the human remains are in the possession of the Natural History Museum on the upper west side of Manhattan. The discovery belies the rich and troubled history of the parkland, which has been inhabited by people for thousands of years.

In an early 20th century missive in The Riverdale News, J.B. James divulged a ghostly tale of an encounter with the spirits in the park. He claimed a descendent of Adriaen van der Donck, an early Dutch “jonkheer” for whom Yonkers takes its name, returned to his family’s ancestral land and conversed with a 17th-century indigenous chief, Tacherew, who sold the land to van der Donck. The deed from this deal has not survived in the archives over the centuries.

Midnight visitors to Van Cortlandt park also report hearing the bellicose voices of several dozen Mohican Indian volunteer troops who were ambushed and brutally massacred by the British loyalist regiment, the Queen’s Rangers, in the northwest corner of the park during the American Revolutionary War.

Chief Nimham and his men took their last stand on Aug. 31, 1778, and are now memorialized in Indian Field, where their bodies were interred by Woodlawn locals after that day’s bloody events.

To the chagrin of the Kingsbridge Historical Society, the parks department built a dog run next to the memorial as part of its 2014 master plan for Van Cortlandt Park – one of many modern indignities that have given rise to ghost stories like that told by J.B. James, although there isn’t much to substantiate his claims.

“Probably the most turbulent time in this neighborhood’s history is during the American Revolution,” Dembowski said.

The Van Cortlandts, like many wealthy property owners in revolutionary times, were likely trying not to draw attention to their estate, although records show George Washington stayed in the house on more than one occasion.

As Dembowski and I set off on a jaunt to the top of vault hill where the remains of the Van Cortlandt family are buried, Dembowski recounted the tale of Captain Rau, a Hessian soldier who was shot during his final patrol in these woods, and who died in an upstairs bedroom in the Van Cortlandt mansion.

The Hessian soldier, who of course fought for the British, died with his fiancé at his bedside, the daughter of a prominent Harlem tavern-owner. On the anniversary of his death, Captain Rau is said to haunt the mansion, and this is perhaps the story that most frequently spooks the museum staff.

“For the record, I do not believe in ghosts,” Dembowski said, as we looked out on an expansive view of the park and the hazy Manhattan skyline.

“Nor am I trying to encourage anyone to believe in ghosts, but I will say this: When you are in a place where there’s so much history, and when you learn about the lives of all these people that once lived here, sometimes you feel aware of their historical presences. I’ve spent a lot of time here and I’ve never seen a ghost, but sometimes you can’t help but get a special feeling.”

On at least one occasion, Dembowski said, he’s gotten a shiver when he’s heard an owl hooting somewhere near the house at night – likely one of Van Cortlandt Park’s year-round residents. The park hosts many species, including great horned owls, and has been designated an Important Bird Area by National Audubon.