Helping each other through toughest of times 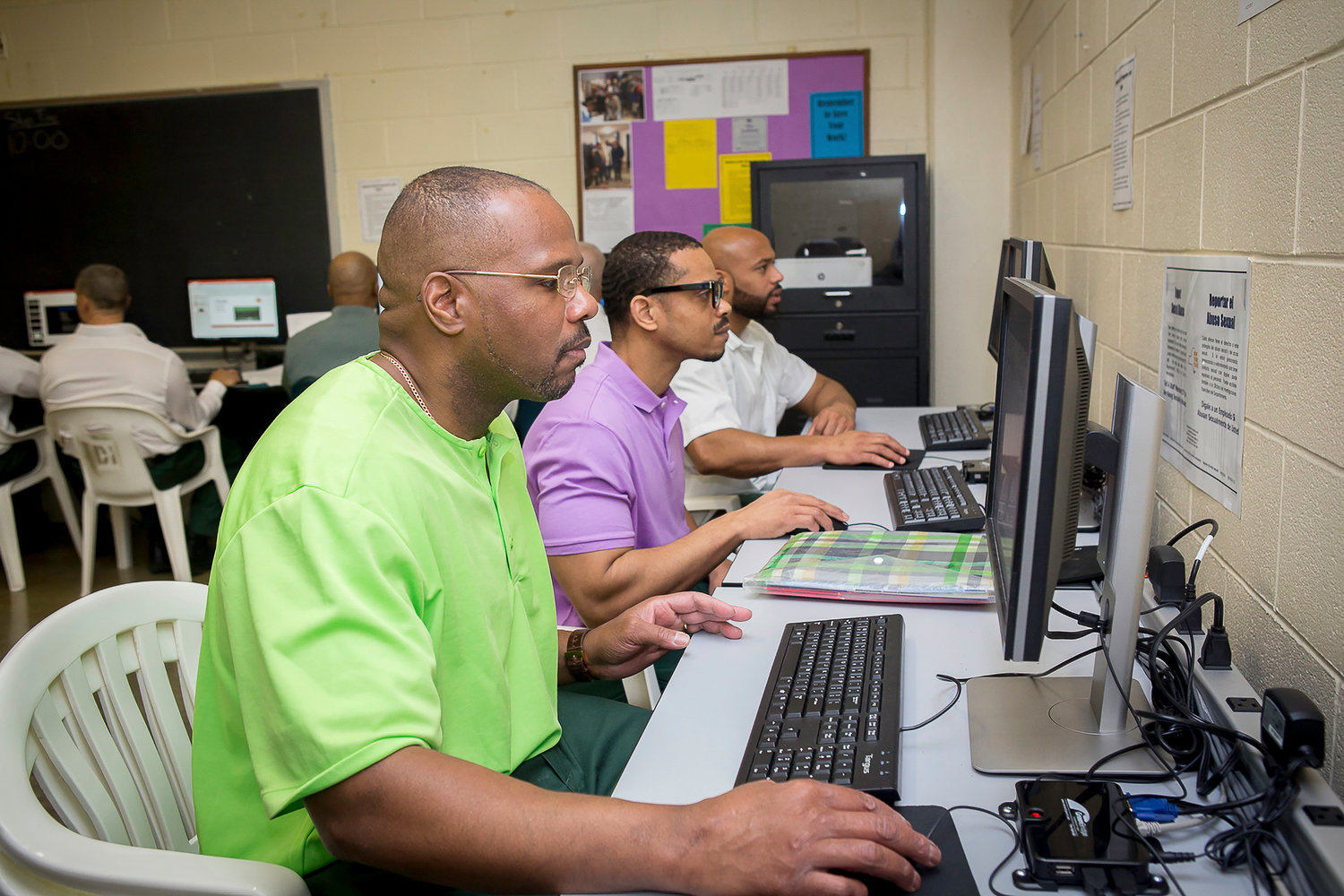 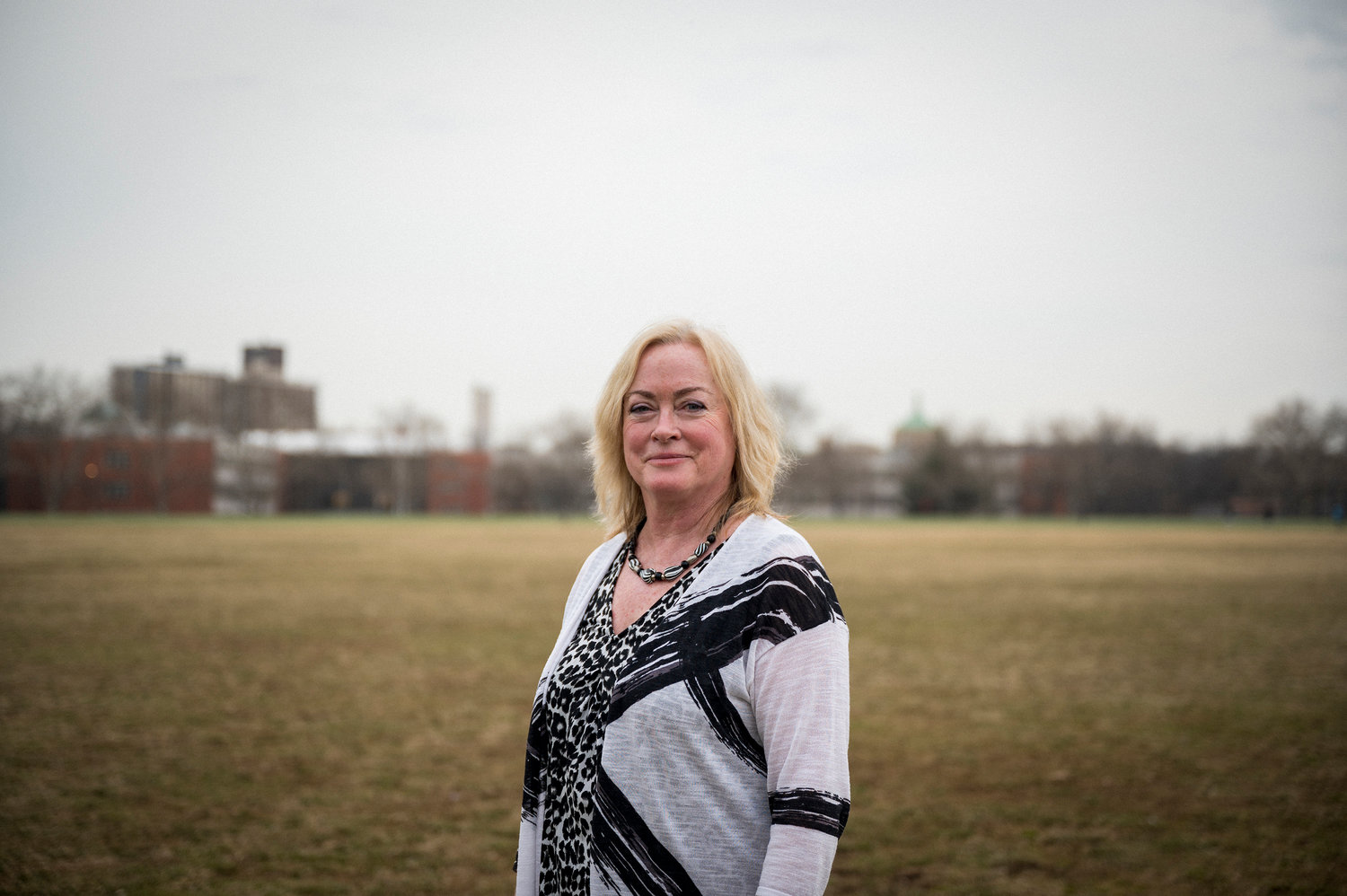 Anne Rice is a Africana studies professor by day, and most nights she teaches at Sing Sing and Green Haven prisons. She is one of the members of the re-entry committee, founded by Penny Prince, which accepts students from prisons and other parts of the criminal justice system to get an education and make something of their lives.
Hiram Alejandro Durán
Previous Next
Words to avoid

Some might assume the words like “inmate,” “felon” and “con” are neutral, but others would argue such descriptions are dehumanizing. Many — especially those who have actually been incarcerated — find words like that deeply offensive.

“I am not your inmate,” they say to correctional officers.

The Marshall Project began addressing the issue in 2015, ultimately settling on the correct word to use is “incarcerated person.”

Traditional college students may occasionally feel like they’re serving time — especially right before mid-terms. But there’s a push to make another group of eager learners more traditional as well. And many of them actually have served time.

Getting a degree from prison really wasn’t all that uncommon. That is until President Bill Clinton slashed federal funding in 1994 that helped pay for that expanded education behind bars. Clinton’s “get tough on crime” essentially ended many college programs in prisons across the country, but it did start something else: Hudson Link for Higher Education in Prison.

People who serve their time in prison are often scared to leave, especially knowing the odds to lead a decent normal life on the other side are stacked against them. It’s even more difficult if they entered a facility at a very young age.

Educational opportunities and occupations are a significant roadblock for many, making it seemingly impossible to succeed after release.

In fact, just a third of incarcerated people in state prisons completed their GED diploma. Many, if not all, prisons offer some sort of education services to help those incarcerated develop skills to help them find work after release. However, what if that isn’t enough?

The congressional gutting of the federal Pell Grant was justified with the argument that aiding the education system in prison facilities was unjustifiable at a time some 30 years ago where traditional students were having a tough time paying for their tuition.

“I hated the prison when they didn’t let me raise some college credits,” said Joel Jimenez, a Hudson Link program director. “I wanted to get involved and finish my degree. But they removed the power so that I couldn’t go.”

Pell Grants had supplied prisons with study materials, computers, textbooks — basically everything a traditional class would have on campus. And there were proven successes in spending that money.

The first correctional facility that opened up programs for students to complete their education was Sing Sing, just 30 miles north of New York City in Ossining. Standing on the banks of the Hudson River — with beautiful views of the sunset reflecting on the river — incarcerated people get a glimpse of the beauty as they look out from a window or prison yard.

The river is an inspiration for the Hudson Link moniker. Organizers link people together from an organization that originated just off the Hudson River.

While many sought for ways to get out of places like Sing Sing, Jimenez was trying to find a way in.

“I finally made it. I was excited,” Jimenez said, describing the atmosphere at the 200-year-old facility as “different.” In fact, there’s a culture change when introducing a college program in prison.

Jimenez spent 22 years incarcerated, but graduated in 2010 as a valedictorian from an education program led by Mercy College of Dobbs Ferry at Sing Sing.

“People think of people in prison as animals, unless you sit there with them and have a conversation with them,” he said. “You can see that they’re just human. Just like you.”

Hudson Link realized it had found success in 2014 when the Sullivan Correctional Facility in Fallsburg teamed up with SUNY Sullivan — one of the nine schools to partner with Hudson Link — to help 12 incarcerated students graduate. With honors.

SUNY Sullivan is a school where  95 percent of its students make the dean’s list — meaning they’re maintaining a GPA of at least 3.25.

Hudson Link executive director Sean Pica was part of the group’s first graduating class. Pica was just 16 when he was sentenced to 24 years in prison.

“We’re not shooting for a four-year degree because, guess what? They’re serving 22- to 25-to-life, Pica said. “There is no rush to the finish line here. Our real goal is for a positive educational experience.” 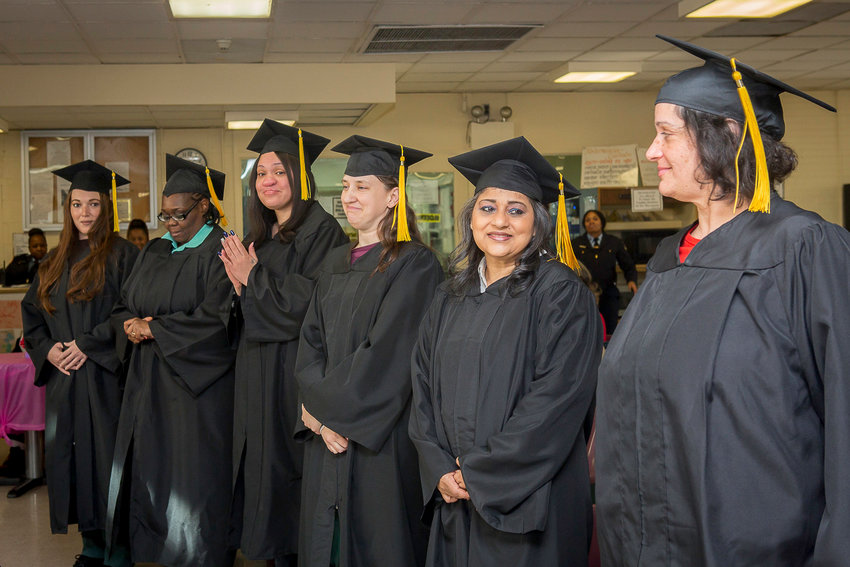 Pica earned his GED and graduate degrees while in prison, but that didn’t exactly help him sleep better at night.

For example, one lingering question was whether these degrees from prison carried the same weight as a traditional degree.

So he attended Hunter College after he was finally released, flying through  the courses because he knew everything already. He studied the same courses in prison, but there the curriculum was harder.

“These professors bring their A-game,” Pica said. “They bring the same textbooks, the same curriculum, the same schedule.”

Anne Rice was one of those professors. Her more traditional line of work has her teaching Africana studies at Lehman College. But Rice has spent the past 10 years teaching far less traditional students in Sing Sing and Green Haven correctional facilities.

Rice is a part of Lehman’s re-entry committee, organized to improve available services for students returning from incarceration who wish to pursue college degrees.

Sara Alpert, director of strategic initiatives at Hudson Link, says the partnership will send students to Lehman’s current adult degree program, finding a lot of counseling and support along the way.

Lehman becomes a perfect spot for many of the formerly incarcerated, because the primary place they head once released is New York City.

“It’s a person who is coming back into society after a long time away,” Rice said.

New York City colleges have offered adult degree programs for some time. There older students who have — or had — children, or went into a career where they could not complete their studies, can now get the tools they need to earn a degree.

“Which is perfect for our returning students,” Pica said. “It’s a model that was literally made for us.”

Currently Hudson Link has formed partnerships with five correctional facilities across New York state, and that list continues to grow.

“Inside are the most motivated students you’ll ever get,” Rice said. “They’re really (helping) each other. They’re really grateful for the chance to have an education.”

CORRECTION: The graduates recently earning degrees through Hudson Link for Higher Education in Prison were from the Taconic Correctional Facility. A story in the March 10 edition provided an incorrect facility.