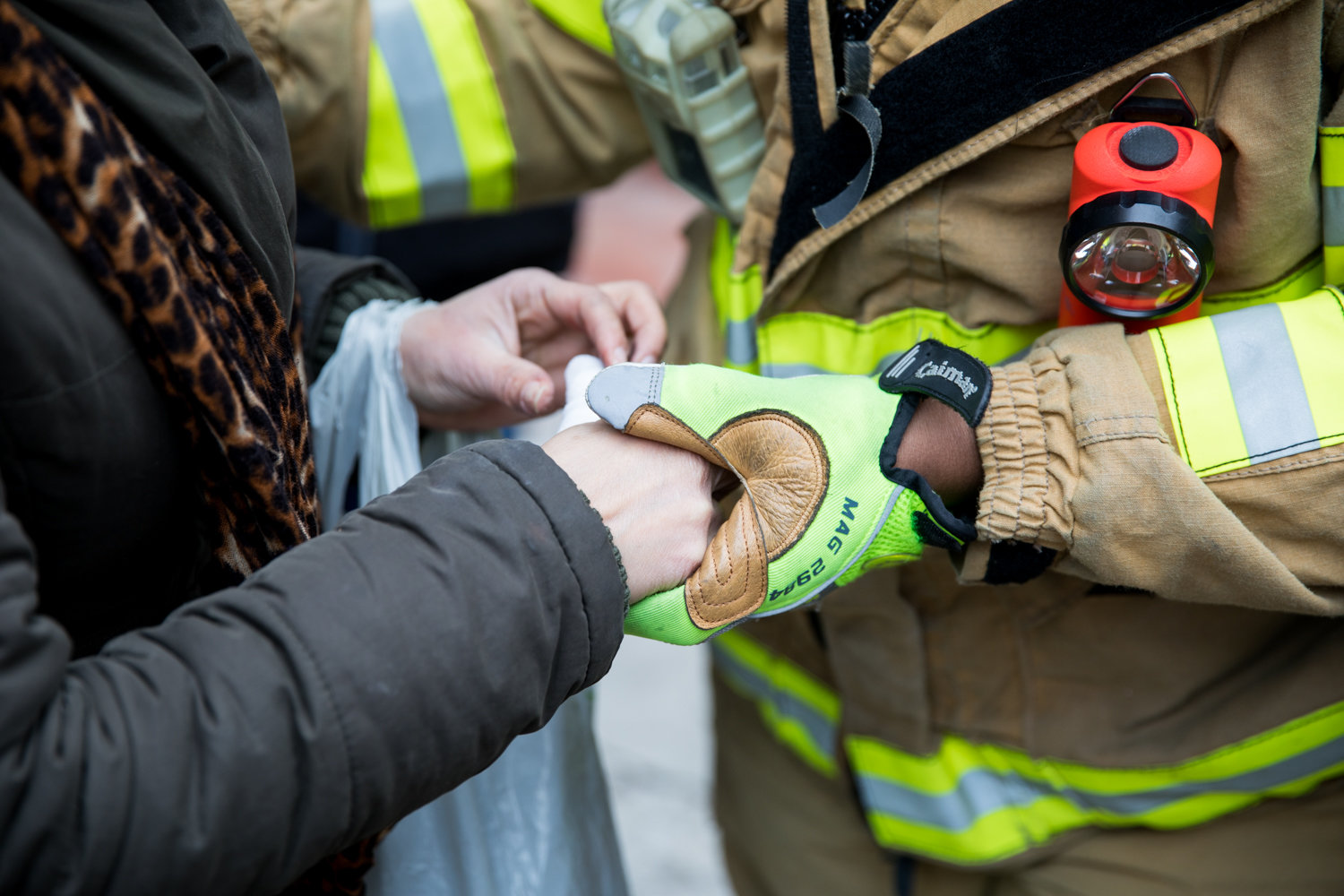 A resident of 215 W. 242nd St., where a one-alarm fire broke out Friday morning, gets her hand bandaged by emergency personnel. The fire injured 11 people, four critically and seven non-critically.
JULIUS CONSTANTINE MOTAL 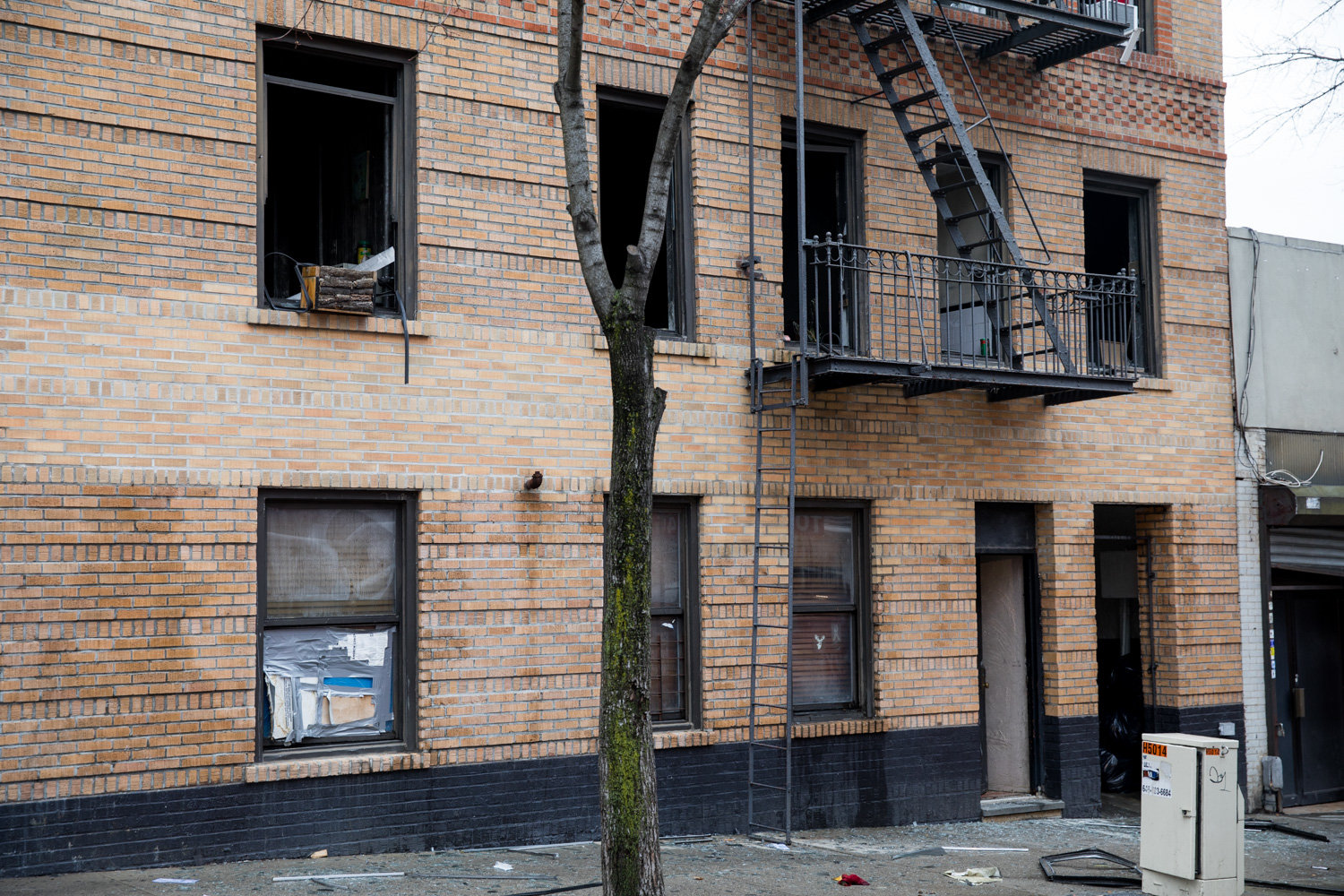 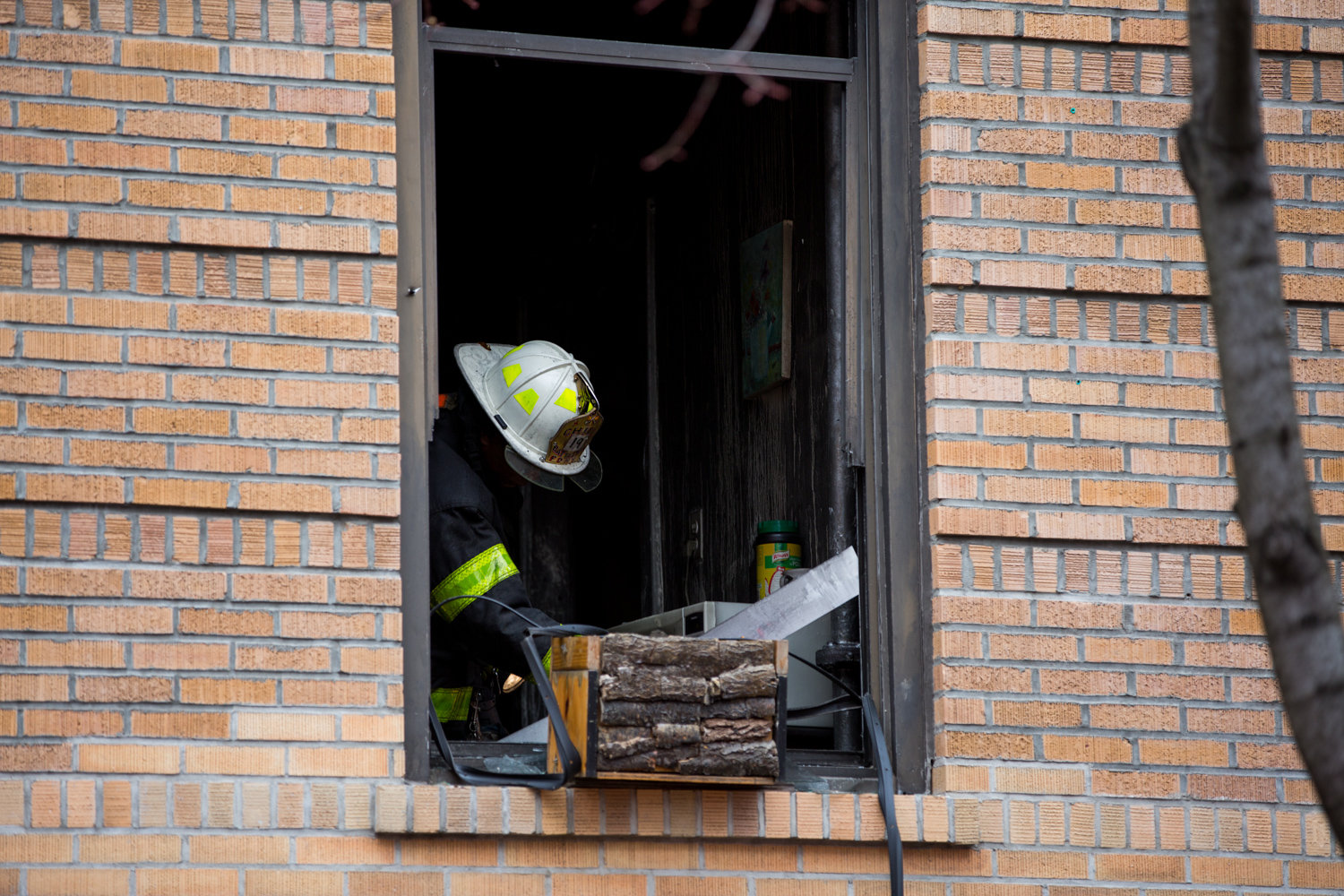 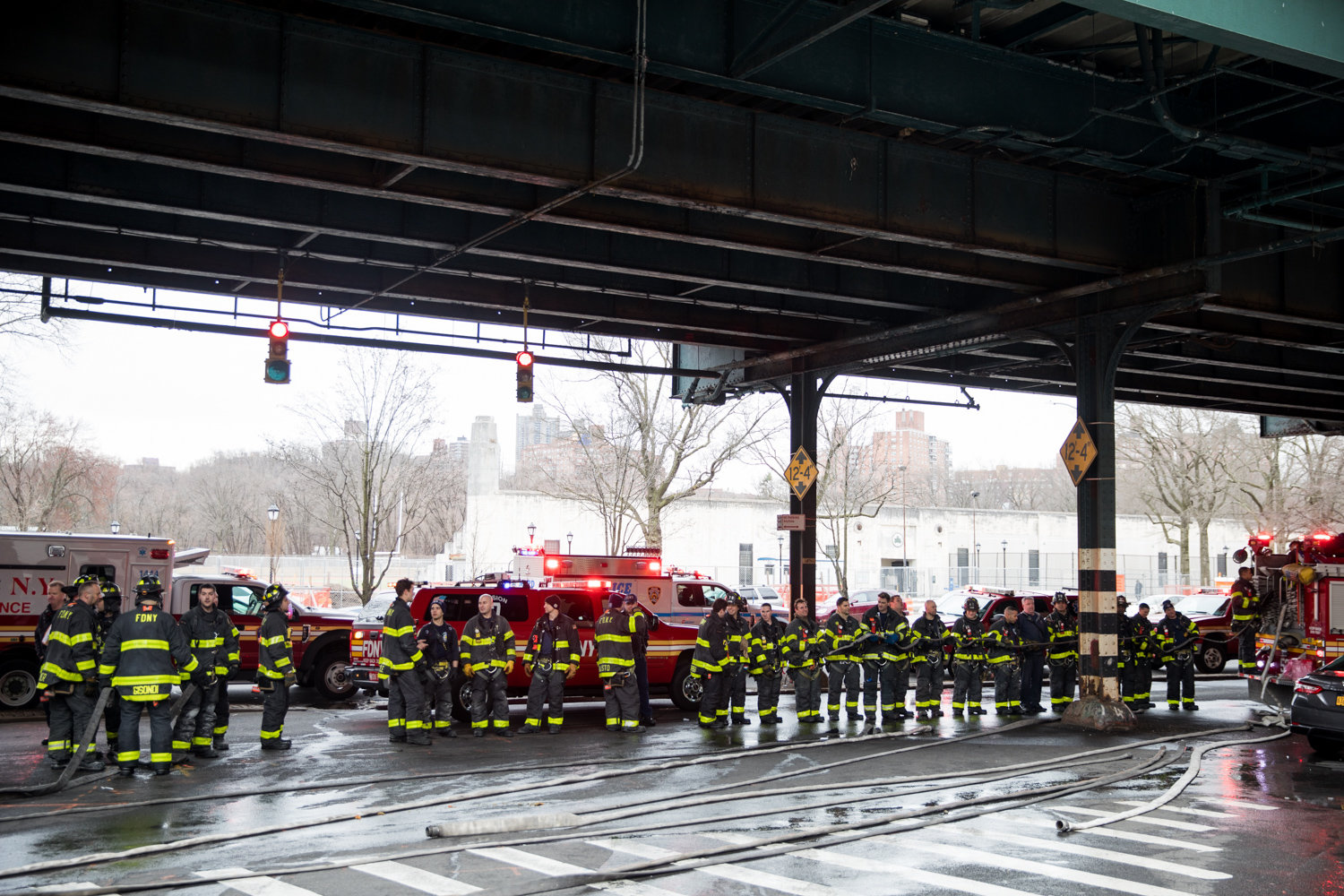 Firefighters stand by after a fire is put out at 215 W. 242nd St.
JULIUS CONSTANTINE MOTAL 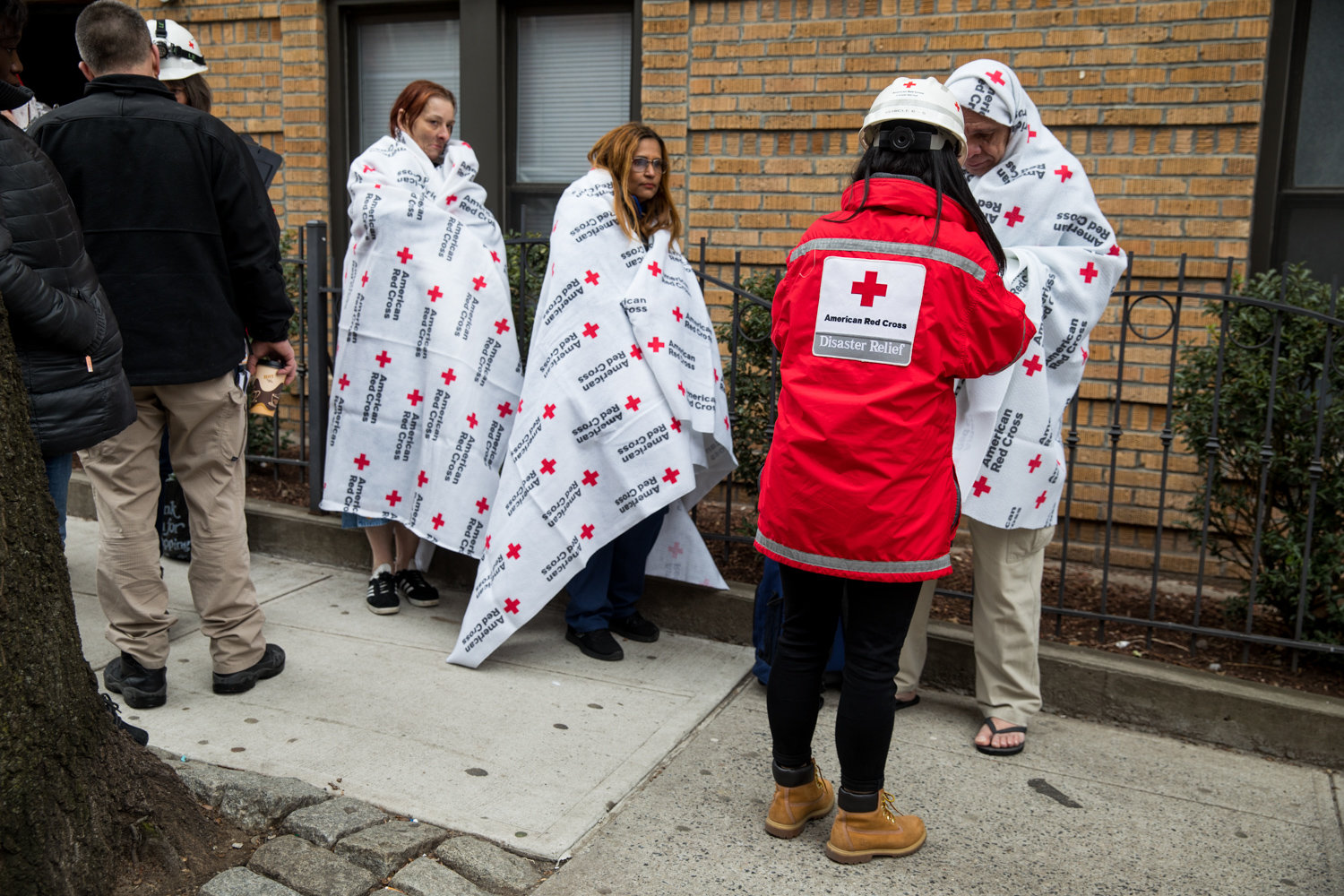 A member of the American Red Cross helps residents of 215 W. 242nd St., where a fire broke out Friday morning.
JULIUS CONSTANTINE MOTAL 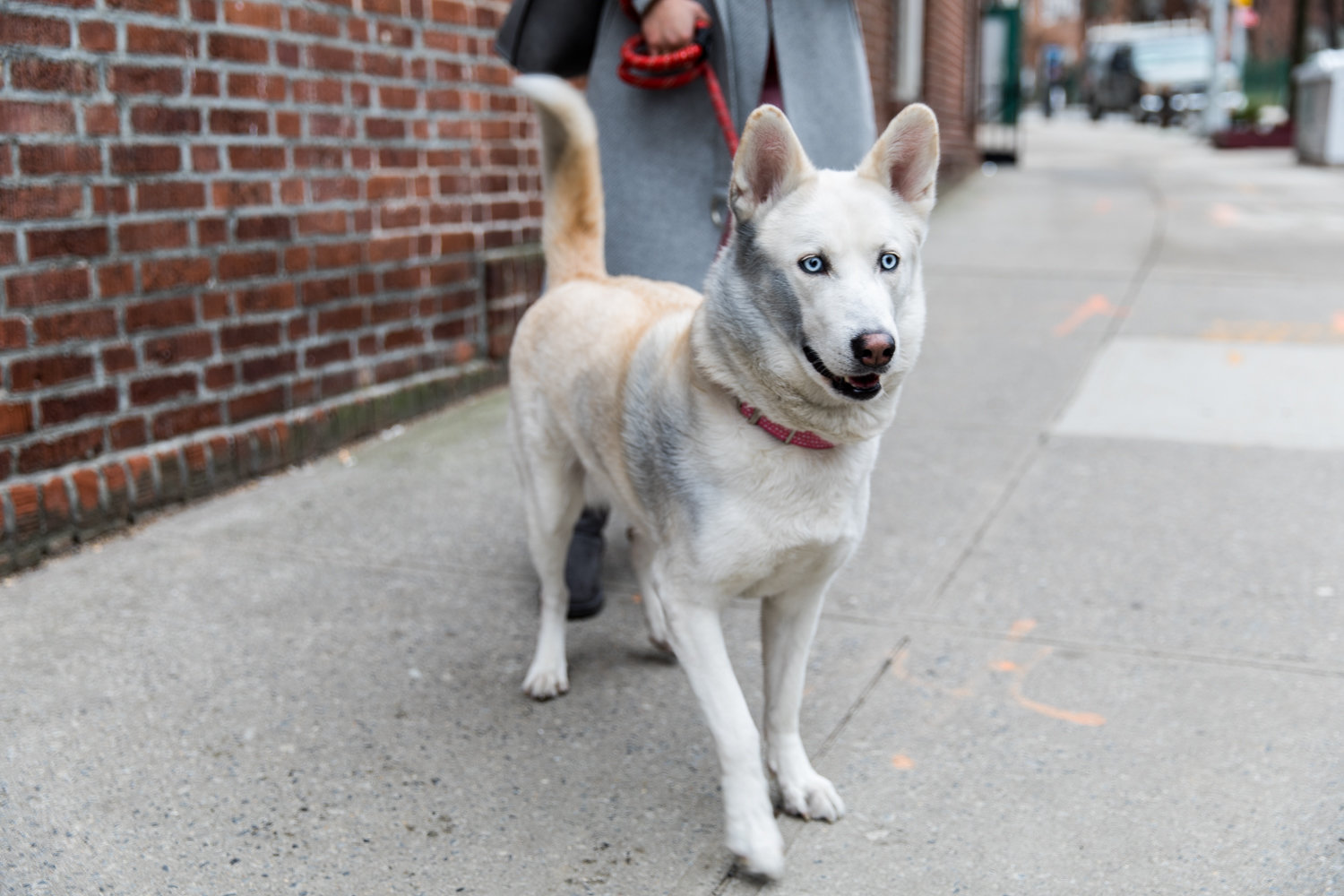 It was a shocking wakeup call for some residents of an apartment building at 215 W. 242nd St., after a fire broke out on the first floor just after 9 a.m., on March 6.

In all, 11 people were injured — four critically — in the one-alarm blaze firefighters say may have been deliberately set.

Firefighters were on-scene within minutes, according to fire department chief William McCormack. Flames were contained to the first-floor apartment where the fire started. The smoke was a different story, however, threatening a number of surrounding units that required more than 60 first responders to help.

Police blamed the blaze on a 48-year-old man who lived in the first-floor apartment. No other details were available, and it’s unclear if he will face charges.

The four people suffering the most serious injuries were taken to Jacobi Medical Center in Morris Park, while six others were taken to area hospitals, according to police. An 11th refused medical attention at the scene.

Outside the building in the late winter cold, several spoke of a neighbor named Josh Pizarro who they say risked his life running back into the building to warn his neighbors of the blaze.

“He started going up the building instead of going down,” said Ammar Ammari, who has lived at 215 W. 242nd for 15 years. “When they took him out of the building, he wasn’t breathing.”

Chris Roc, who has called the building home for 40 years, doesn’t remember ever seeing anything like what happened with this fire before, but said he was grateful for Pizarro’s actions in dire circumstances.

Pizarro was one of the four taken to Jacobi, where he was initially reported in critical condition. While his status has improved, Pizarro remains hospitalized after reportedly collapsing inside the building while warning his neighbors.

Pizarro’s older sister, Erica, has started an online crowdfunding campaign she says will help pay for his medical expenses. As of Monday, the fundraiser has raised just over $2,000, with a goal of $10,000 on the horizon.

“He’s just the kind of person, without question, who is courageous and helpful,” Erica wrote online. “He would’ve given anything he could to help just one person.”

According to The Daily News, Pizarro already has had some good news: His beloved cat, Frosty — who went missing during the fire — was found safe and sound in his apartment.

Frosty wasn’t the only pet who made it through Friday’s ordeal. As fire marshals conducted their investigation of the blaze, three residents waited with bated breath as another was brought out mostly unscathed, their 5-year-old white husky Stella. She barked and tugged every which way in the crisp air, part of her coat splotchy with smoke from the fire.

“Oh my God,” said Samantha, who declined to give her last name, as she held onto Stella’s leash. “I’m so happy.”