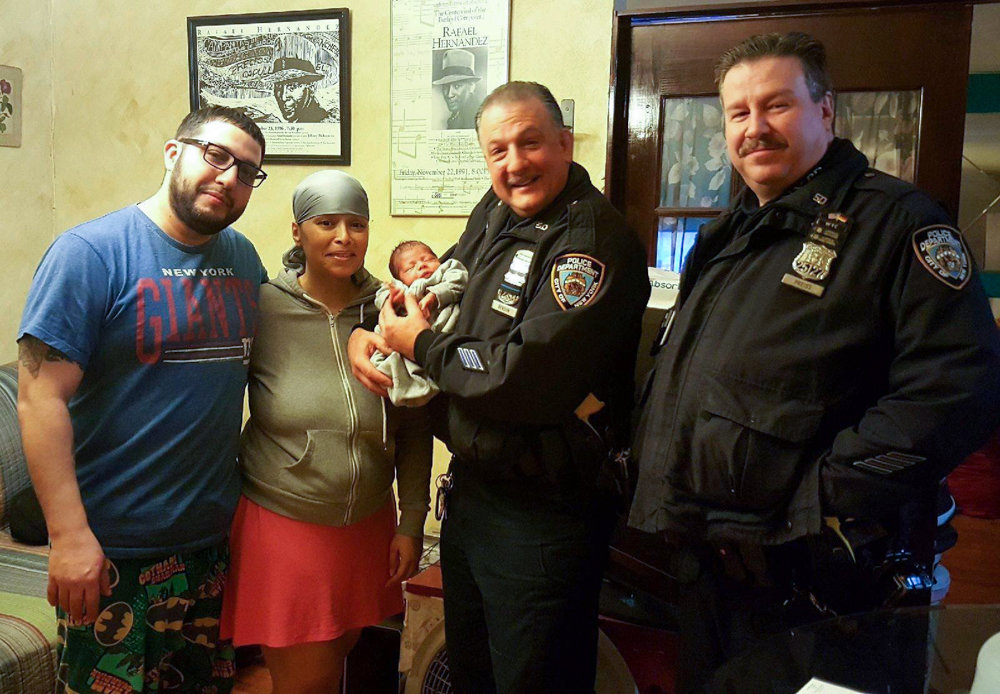 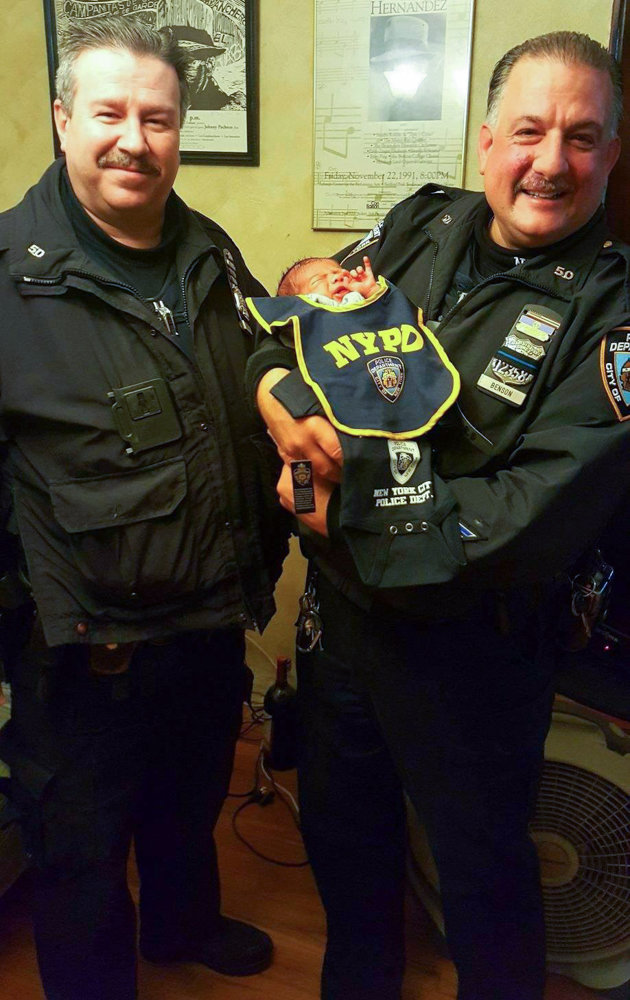 Officer Kevin Preiss, left, joined the New York Police Department in 1995, and spent most of his time in the 50th Precinct, where he had a number of valiant moments, including saving the life of a Manhattan College security guard in 2016 and helping deliver a baby earlier this year. Preiss reportedly died by suicide last month.
Courtesy of the NYPD
Previous Next
By JOSEPH KONIG

It was early in the morning on Jan. 27 when Liam Amir Rodriguez decided it was time to be born.

Liam’s parents, Naida and Jerry, began to make their way to the emergency room, except there was one problem: The elevator in their North Riverdale building was out of service. The contractions were starting, and on top of that, Naida needed to use the bathroom, so she returned to the apartment.

“Developments being what they were, my daughter could not leave the apartment,” Liam’s grandmother, Rebecca Maitin later explained in a letter. Maitin called 911, and within moments, two 50th Precinct officers were at the door.

Five months later, however, Preiss was dead, reportedly taking his own life outside his Nassau County home June 26. He was the fourth New York Police Department officer to commit suicide in June, the sixth this year.

“There is help available. Reach out,” NYPD chief of department Terrance Monahan said in a message to uniformed officers earlier this month. “If you’re afraid to go through (the NYPD), go externally. Get the help. You cannot internalize this. This is something that needs to be spoken about.”

The NYPD’s top brass spent the last month pointing to available resources and reaching out to rank-and-file members after a spike in officer suicides. The NYPD averages four or five suicides a year, officials said, with 2019 already past the average.

Deputy Chief Steven Silks, 62, and Detective Joseph Calabrese, 58, reportedly killed themselves in separate incidents in Queens and Brooklyn on June 5. A Staten Island officer took his own life near the 121st Precinct headquarters June 14.

It is NYPD policy to take firearms away from officers who express depressive or suicidal feelings. But that can discourage some officers from speaking out.

“Being worried about ‘am I going to get in a little trouble with my job today?’” Monahan said at an unrelated June 27 news conference. Well if you get help today “you’ll have a tomorrow.”

The NYPD is encouraging officers in need of help to contact the Employee Assistance Unit, the Chaplains Unit, or Police Organization Providing Peer Assistance. POPPA is an external group founded by NYPD officers in the 1990s which runs a 24/7 hotline to help cops cope with the stresses of their jobs and lives.

“This is an extremely difficult job.” NYPD commissioner James O’Neill said last week. “It’s not an ordinary job. People face a lot of stresses, they’re exposed to a lot of trauma.”

O’Neill said the department launched peer-to-peer counseling at each precinct, and he was assembling a team to re-examine internal policies “to make sure we’re doing it the way it should be done.”

Preiss joined the NYPD in June 1995, according to a public database of police officers maintained by the Legal Aid Society. Preiss spent many of those years at the 50th Precinct in Kingsbridge.

His Facebook photos showed Preiss enjoying tall drinks and big cigars. His cover photo is of him sitting in the precinct, surrounded by grinning younger cops.

“While other veterans kept their distance from the rookies, Kevin made sure to make us feel at home,” recalled Vince Fasano, a retired White Plains cop and a former 5-0 officer, in a Facebook post. “Everybody needs someone to talk to. Please pay attention when asking someone how they are doing and, more importantly, be prepared for what you might hear.”

On social media, other officers circulated a photo of Preiss’ locker at the precinct’s station house. It’s lined with photos of his wife and three children.

In 2016, Preiss and Benson saved the life of a Manhattan College security guard after the man suffered a heart attack in the Dunkin’ Donuts at 5987 Broadway.

“I’ve always enjoyed the part (of the job) where you actually help someone in need,” Preiss told The Riverdale Press at the time. “We do a lot of what you call ‘lift jobs,’ where we help old people that fall out of bed — that’s the kind of thing that I enjoy.”