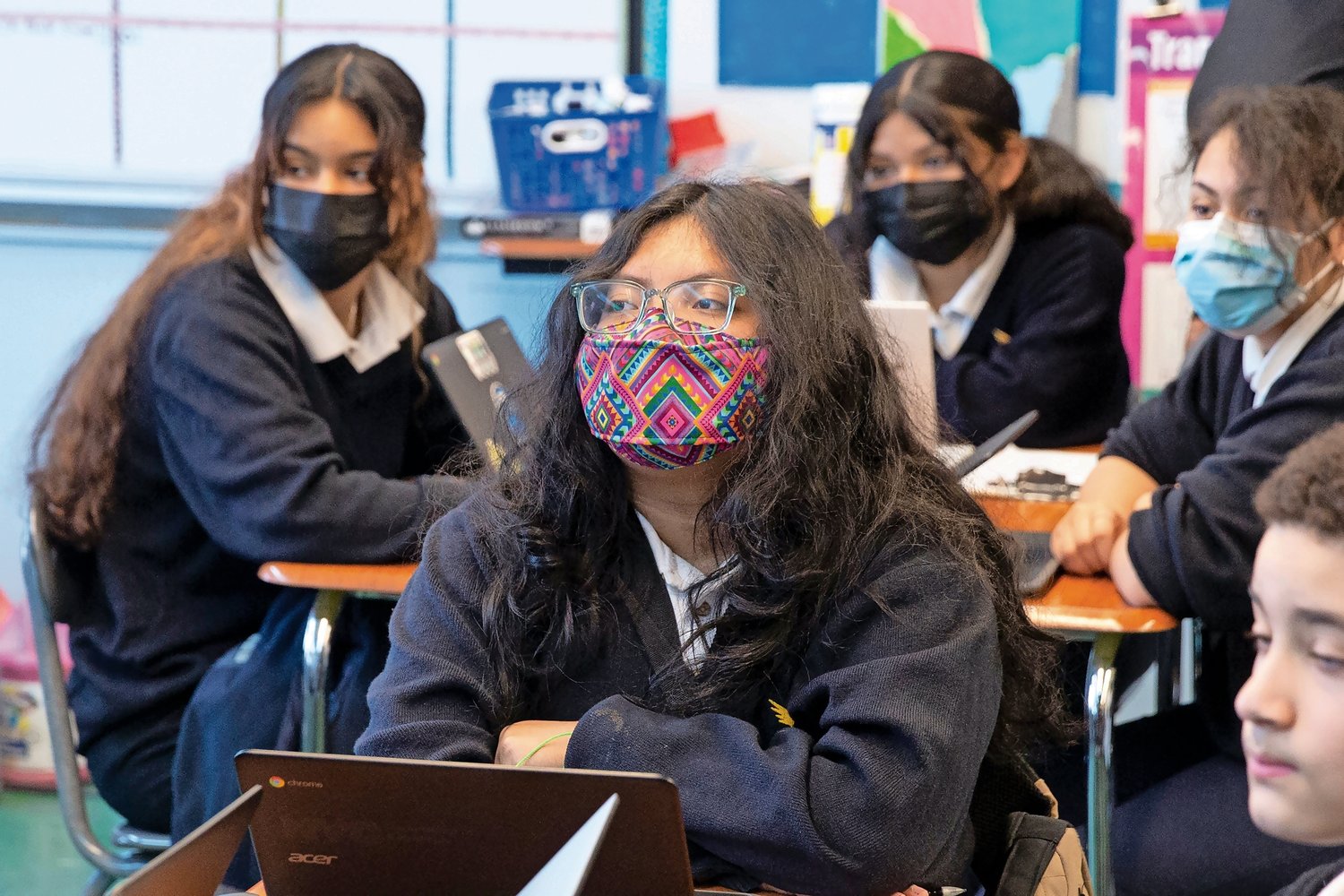 Sometimes real life creeps into the classroom. Just like the rest of school districts throughout New York state, students taking Regents exams this month in the Bronx and the rest of the city are feeling the impact of the pandemic and the trauma from a mass shooting in Buffalo.

Due to the ongoing effects of COVID-19, the New York State Education Department has created more flexible diploma requirements for high school seniors taking Regents exams.  To earn a diploma with a lower score of 50-64 on a Regents exam, students must have taken the standardized test this month, August, next January, or August 2023.

As for those students taking the U.S. history and government Regents exam, exemptions will be granted to students who were to take that test in June, August or January 2023. This is due to content on the exam that was deemed to have the potential to compound student trauma caused by the recent mass shooting in Buffalo.

Meanwhile, high school students have had to spend the past two weeks in classrooms as classes ended to take the Regents exams for the first time in two years due to the pandemic. The exams are mandatory for students to graduate and be considered “college-ready.”

“In March 2022, the department determined that Regents examinations can be administered safely and equitably across the State in June and August 2022,” the state education department said.

The Board of Regents sat at a roundtable last month, reading the Education Department proposals that show that they recognize the students who struggled during this academic year. In May, they set a proposal that gives students extra flexibility to pass.

It is filed under “special appeal” that might change students’ lives.

There are three things students need to meet:

Take the Regent exam before August 2023, receive a score between 50 and 64, and attain the grade course average for that subject.

Since this appeal went into effect in June, likely allowing more students to graduate.

Unless parents chose not to take advantage of the academic assistance because a fail is a fail.

State Sen. Alexis Weik called on the state to cancel the Regent exams for June and August. She wrote a petition signed by 18 members of the Senates Republican Conference to the state Education Commissioner Betta Rosa.

“The increased stress that COVID  placed on students mounted  on top of the challenge of preparing for these make it or break it exams have proven in some cases too heavy of a burden for even the most accomplished students,” the senators said.

The petition cited the challenges students would have in preparation for the exams.

Councilman Eric Dinowitz said the Regents should not be canceled because of stress; he advocates for a better testing system.

Before serving the community, Dinowitz spent 14 years as a special education public high school teacher. He taught various Regent courses while working with the education department.

A former educator, U.S. Rep. Jamaal Bowman was another person who was once a supporter of the cancelation of the Regents in 2020 due to accessibility when the catastrophic coronavirus was wraking havoc. There were lockdowns, virtual learning and vaccinations were not available.

However, this year is different because we have vaccinations, and schools in the Bronx handled the coronavirus without shutting schools down.

“I don’t think we should cancel the (upcoming) Regents,” Dinowitz said. “I think we need to ramp up efforts to provide alternative assessments that meet the needs of our students.”

The core reason for students to take their Regent exams is to prove that they are college-level ready. But Dinowitz disagrees.

If a student passes with a 65, the Board of Regents acknowledges that as passing. However, a 70 is “college-ready,” which can be a difference of getting two questions correct on the test, Dinowitz said.

He believes that the Regents are not the only valuable tool to demonstrate students’ abilities whether they learned something in their academic studies.

However, teachers are the cheerleaders for students. Students do their best when they face the challenges of heavy tests that rank them on their ability.

Yet, confidence may not be enough. Without the traditional teaching methods and lack of material, students may not be able to demonstrate their full potential to pass the Regents.

“With the COVID-19 pandemic, students haven’t been able to access the full extent of education and support services via virtual learning,” said former Congressman Jamaal Bowman to The Riverdale Press in 2020.

Before the pandemic, a student must earn a 65 or higher to pass the Regent exam to require a high school diploma, and if they met special qualifications, the department gave a Regent diploma in addition to the standard diploma.

Students who didn’t pass every test were still able to walk down the graduation aisle with their friends, but they were handed “local Regent Diplomas”.

The new proposal may help boost the state’s graduation rates.

This is not the first time the Board of Regents curved the scores to help students graduate. This raised questions to parents if the Regents were lowering the bar.

It is not crystal clear if that was the case, but the education department accepted an appeal. If students received a 60 or a 62. The appeal process can turn the grade into a 65.

Dinowitz has shown concern over the direction Regent exams has taken.

The councilman doesn’t discredit the statewide testing system; instead, he feels the questions on the test and the grading process are flawed.

On the New York State Education Department State Assessment website, the final score on most Regent examinations is not a simple percentage as it once was. They use something called scaled scores to see if a student can achieve the state learning standard.

Instead the department explains the grading process is complex.

“By using a scaling method rather than a straight percentage correct, the difficulty of each test’s questions is taken into consideration — no test is harder or easier to pass from year to year,” the department stated.

The learning standard for passing grade for most exams are the traditional 65. This is considered to be the general competence of the student being tested.

Some of the challenges are test-taking tricks particularly on multiple choice questions, which don’t necessarily test whether a student is able to solve a problem on that standard.

“When I go to a school, I have yet to find a principal or teacher who is really excited about the Regents pass rate,” Dinowitz said.

Schools such as IN-Tech Academy recently acknowledged their students for an art collaboration.

Students entered an after-school program and celebrated in their auditorium as the non-profit organization, Publicolor handed out awards based on attendance.

Their principal was incredibly proud of the students. Publicolor works with at-risk students through design-based programming.

Dinowitz said that collaboration with social skills in the real-life world is better than a multiple-choice test that evaluates students based on what they learned throughout the school year.

Within the texts, students read and analyze. He explained to The Press that the best example of an alternative assessment is Shakespeare theatre. Something that the Regents should focus on.

Strategy and analysis are a way to recognize students’ diverse abilities and reflect on what students need them to do. The councilman doesn’t believe the education system should evaluate the effectiveness of an assessment strategy. They want to measure what the students need or want.

There may be hope for educators and students who agree with the politicians.

After the education department began rethinking ways to improve the Regents, discussions of a replacement and a pilot program are still in the works.

One example is performance-based assessments.

Dinowitz said educational values such as community involvement and problem-solving are not tested on the Regents.

“What does that tell you how we are truly preparing our children to take on the real-world challenges that will be presented to them?” Dinowitz said.