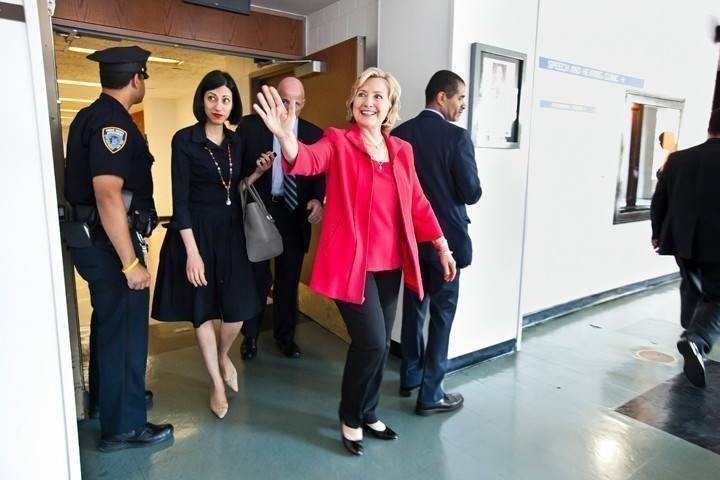 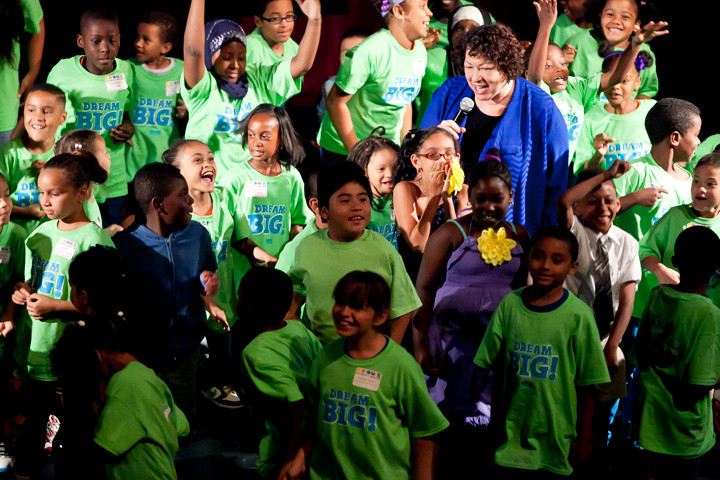 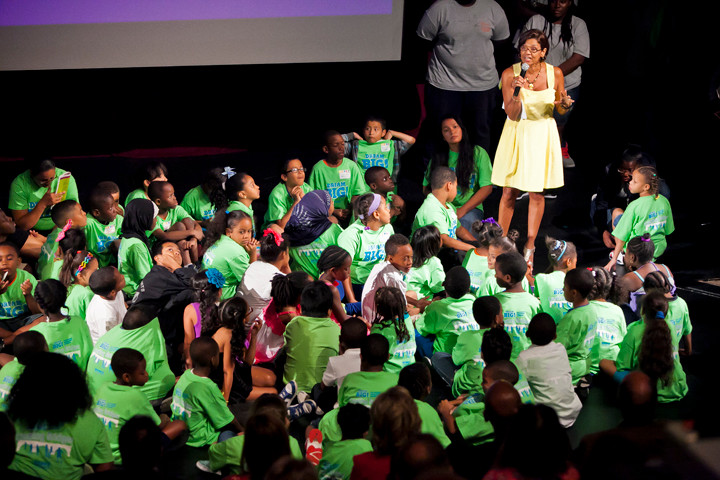 Students taking part in the Bronx Children’s Museum’s summer program got a homework assignment from an unexpected guest: Hillary Clinton.

“I think for the 100th anniversary of the Bronx, the Bronx needs its own song,” said Ms. Clinton after she took the stage at Lehman College’s Lovinger Theater during the museum’s “Dream Big! Celebration Day.”

“Ruben, you’ll have to follow up on that,” she said to Bronx Borough President Ruben Diaz, Jr.

It was no tall order for the 120 students taking part in the museum’s Dream Big! Summer arts enrichment program, who performed original song compositions and modern dances at the July 25 event.

This summer, museum educators visited students from Abraham House in Mott Haven, C.S. 211 in Morrisania and Mosaic Beacon and Highbridge Gardens Cornerstone in Highbridge three times a week for art and music instruction.

Since the museum is yet to establish a permanent location, students also got a chance to explore the museum’s Purple Bus, which travels from location to location with an exhibit. This year’s exhibit focused on the High Bridge, the oldest bridge in New York City, which spans the Harlem River to connect the Bronx and Manhattan.

Students seemed taken with the idea of composing a Bronx-themed song, and even more so with Ms. Clinton.

When Ms. Sotomayor asked students to give a hug to someone in the audience, many students made a beeline for the former secretary of state.

In return, Ms. Clinton advised students to carry the message of the day with them beyond the summer program.

“Dream big — not just in this program, but keep dreaming big,” she advised students. “Ask for help, ask for support, so that your dreams can come true.”