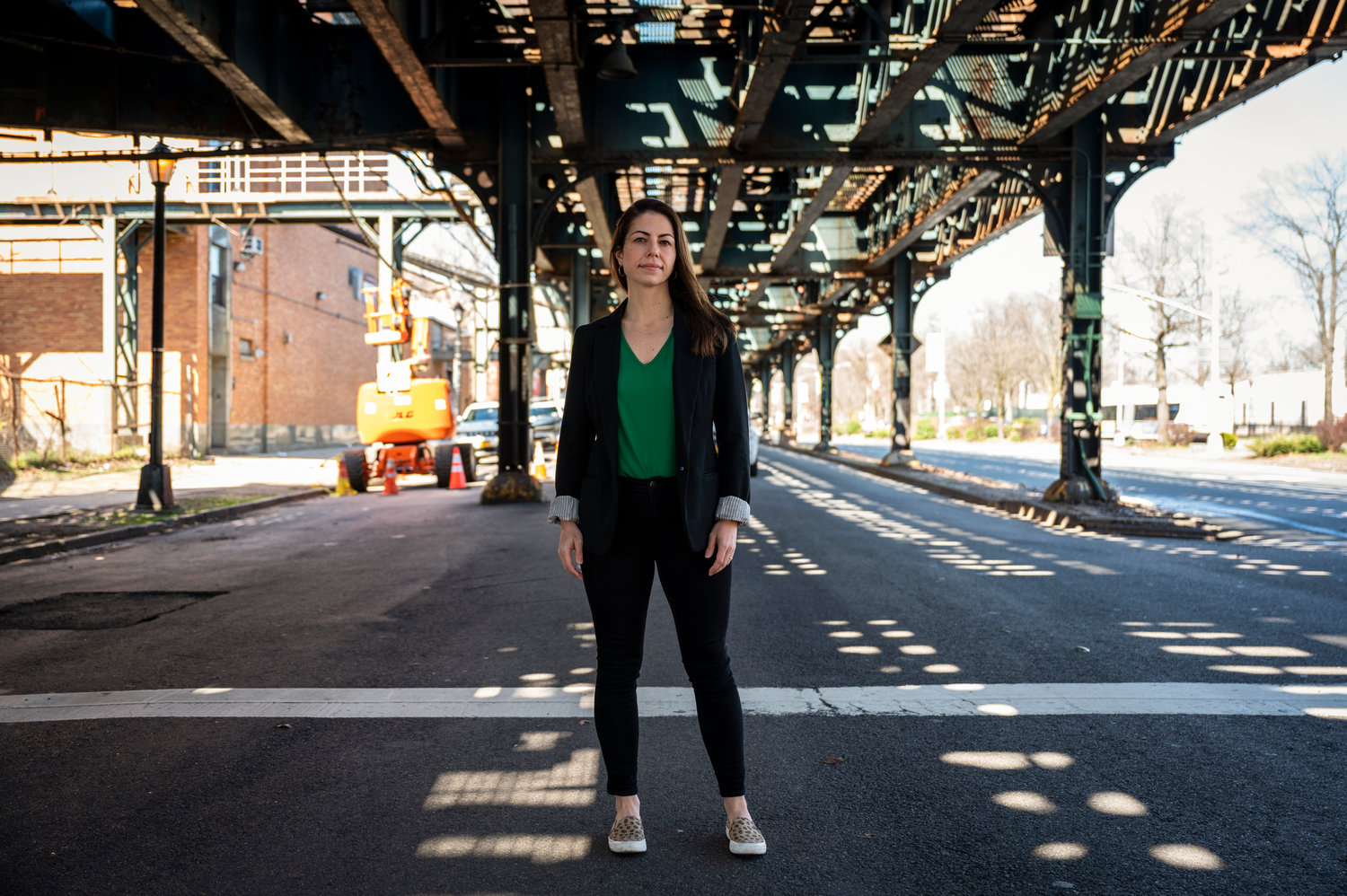 Abigail Martin has spent more money than any other candidate so far in the city council primary, but not much of it remains in the Bronx.
HIRAM ALEJANDRO DURÁN / File
Candidates Forum coming up

There is one last political forum involving these city council candidates airing on local television next week. Both BronxNet and The Riverdale Press have partnered to put this forum together — the first in-person event of this entire election season for these candidates.

The last time this part of the Bronx had a contested primary race for city council, Oliver Koppell was gearing up for a run against state Sen. Jeffrey Klein for his role in creating an off-shoot caucus of Democrats in Albany that had decided to partner up with their Republican colleagues.

It was 2013, and the race was essentially down to three people: Andrew Cohen, Cliff Stanton, and someone who would face an indictment for housing fraud just a few years later, Cheryl Keeling.  The three spent $364,500, but just a quarter of it — $91,000 — was paid to Bronx businesses.

That wasn't a lot of money to keep home. But it's still more than what has stayed locally in the 2021 city council primary to fill the seat Cohen ultimately won. A lot more.

In the last public financial filing before the start of early voting on Saturday, the six candidates looking to win — or continue holding — a seat in City Hall have now spent $259,200 since March. But just a little less than $35,000 of it  — just 13 percent — remained in the Bronx.

Leading the way to send as much money as possible straight out of the borough? The incumbent city councilman, Eric Dinowitz.

Since March, Dinowitz has spent nearly $87,000 to retain the seat he just won during a special election at the start of primary season. Of that, only $1,474 of that remained in the Bronx. All of it to the Benjamin Franklin Reform Democratic Club. That includes a little less than $70,000 that has been spent in the last month, almost all of it going to a Brooklyn political consulting group, Red Horse Strategies.

Dinowitz isn't alone, however. His challengers haven't fared much better.  Abigail Martin, for example, has spent more money than any other candidate in this primary race so far — nearly $97,500. But just 7 percent of it — about $6,400 — was paid out locally.  Instead, Martin spent money mostly on a Manhattan group called Conscious Voter Contact for campaign mailings and digital ads, and for her Illinois-based campaign manager, Alexandrea Logan, according to financial filings. Her local spending was split primarily between advertising in The Riverdale Press and rent payments.

Dan Padernacht continued to spend little in his campaign — just $6,750 — but even then, only about $500 of that remained in the Bronx.

Probably the only light in the local spending tunnel came from the Mino Lora campaign. Its $68,000 spending blitz since the beginning of the primary was third highest among the candidates, but 39 percent of those dollars — $26,407 to be exact — stayed in the Bronx. In fact, her total local spending is more than double all the other candidates combined.

In fact, Dinowitz has a $3,000 payment pending to attorney — and Bronx Democrats political boss — Stanley Schlein, which helps a little, but doesn't change the numbers by very much.

This is all after the candidates raised more than $23,300 over the past month and collected more than $500,000 in taxpayer-funded matching dollars. Padernacht led those efforts with $8,600, with Lora close behind at $7,480.

Padernacht, however, is still lagging in overall primary fundraising with just $21,100 total, behind Lora's $29,510. Dinowitz, on the other hand, has raised $44,746. That now exceeds even Abigail Martin — who opted out of the March special election, and was instead able to get a significant financial head start, using the money she collected before — and during — the special election.

More than half of Dinowitz's money in the past month came from political action committees and unions, while Padernacht collected a $1,000 check from Dr. Satnam Sabharwal, an anesthesiologist living in Oyster Bay on Long Island.

Lora also received a $1,000 donation, but from an aspiring Rhode Island actor named James Calabresi. He penned an opinion piece back in 2017 for the student newspaper at Connecticut's Trinity College imploring Democratic leaders to be more like Vermont Sen. Bernie Sanders.

Marcos Sierra, a political activist in Norwood, raised just $700 in the last month. But, like Martin, he skipped the special election, and has raised $7,000 for the primary.  And while he hasn't spent much of it, what has gone out has done so in the Bronx.

Former New York Police Department detective Carlton Berkley picked up another $500 or so for his run, bringing his total to $2,100. But he has yet to record any expenditures, according to the city's campaign finance board.

Early voting begins June 12, with the primary election itself set for June 22. Like the March special election, this race will be decided with the ranked-choice voting system. That means voters will arrange their top five picks in order of preference, which will then be used to help get the winning candidate over 50 percent.