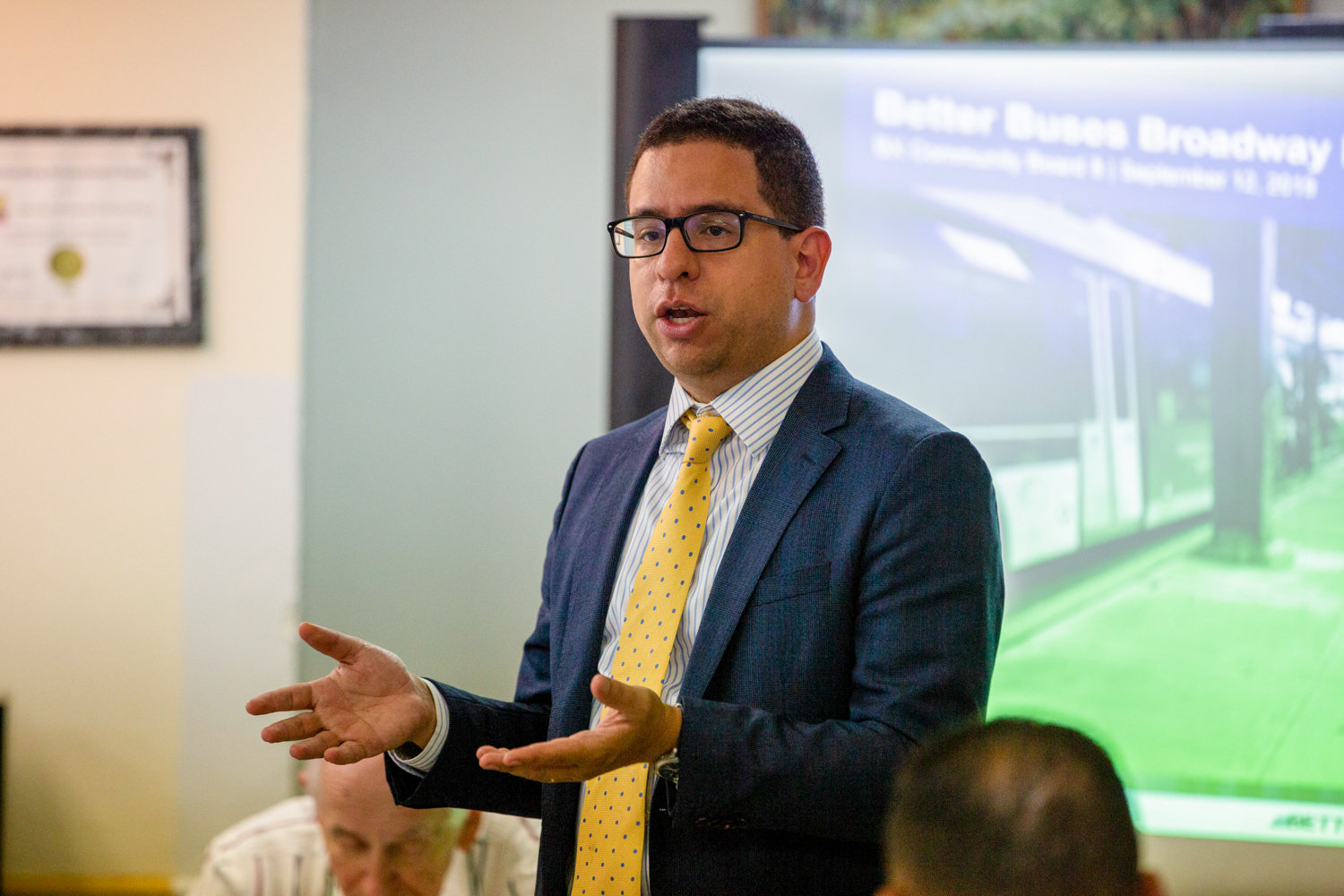 Nivardo Lopez is packing his bags for Albany after earning the nod from Gov. Kathy Hochul to become the state's deputy secretary for transportation.

Lopez, who has spent the last five years as the Bronx borough commissioner for the city's transportation department, was among four administrative appointments and nominations the governor made late Monday.

"In New York, we are working toward a better, brighter future for generations to come, there is no doubt in my mind that these are the best people to bring onto our team with that goal in mind," Hochul said, in a release. "With diverse backgrounds and wide-ranging experience, this team brings invaluable knowledge to the table."

Lopez first joined the city's transportation department in 2014, according to Hochul's office, developing the agency's legislative agenda, helping to pass local laws including one increasing the yearly amount of accessible pedestrian signal installation, as well as a state law expanding the bus lane camera enforcement program.

Before DOT, Lopez worked as the city legislative affairs director for city comptroller Scott Stringer, and also as the Bronx director for the mayor's community affairs unit under Michael Bloomberg.

He began his career working for Councilman James Vacca in a district now represented by Mark Gjonaj, and later as a legislative policy analyst for the council's transportation committee.

He earned his bachelor's degree in history from Saint Joseph's University in Philadelphia, and his master's in the same field from City College of New York.