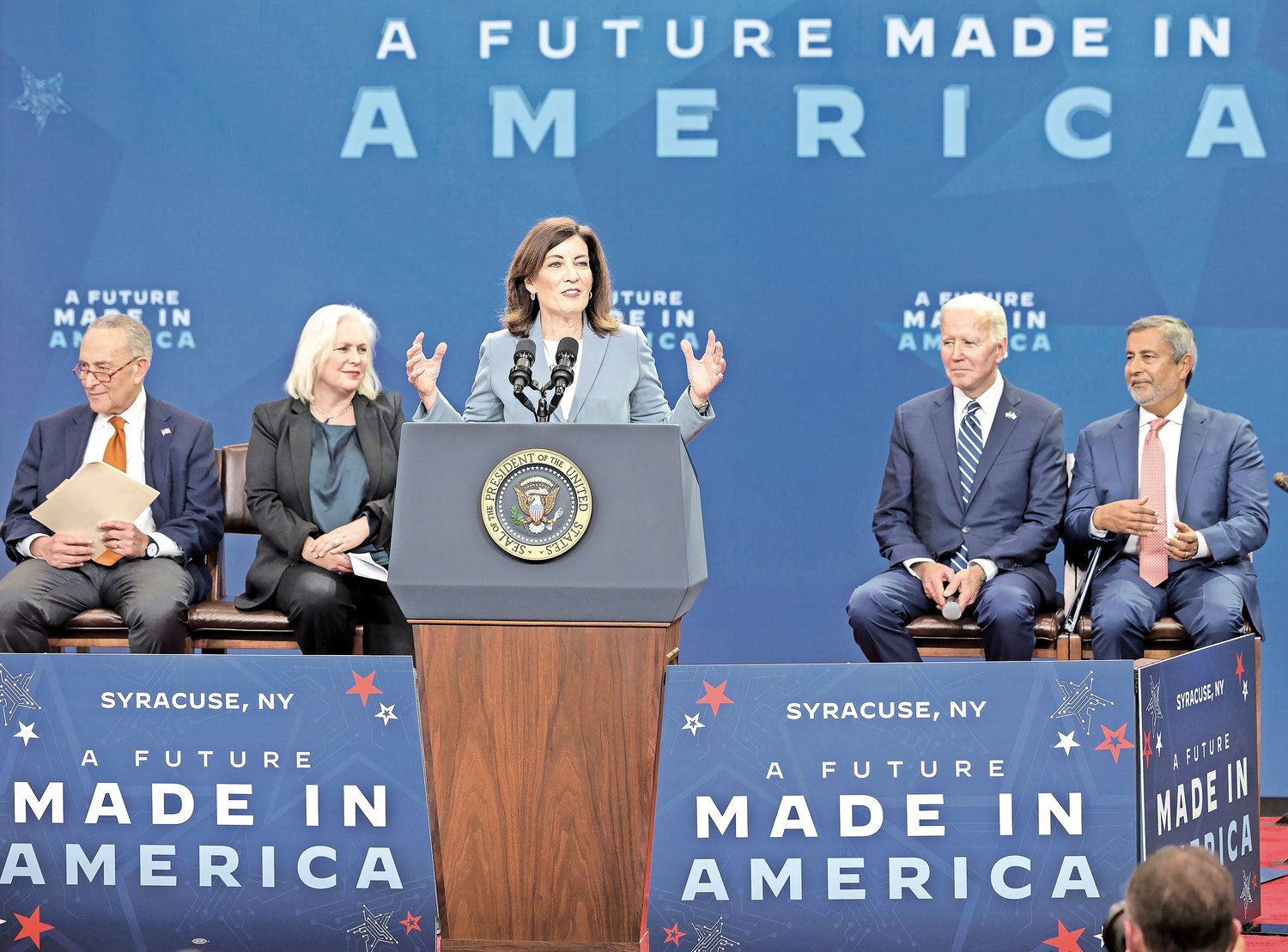 Democratic Gov. Kathy Hochul held onto her seat last Tuesday against challenger Lee Zeldin, a Republican. With 95 percent of the unofficial votes counted, Hochul had a 5.6 point lead over Zeldin.

In the 81st assembly district that covers the northwest Bronx, of the 27,727 votes counted, 73 percent of them went to Hochul.

In the state and congressional races, it was unsurprisingly a sweep for Democrats.

The first initiative, which 81 percent of voters gave the thumps up to, enables the state to issue $4.2 billion in bonds to fund capital projects that would combat the effects of climate change and on-going damage to the environment.

After the passage of the racial justice proposals, city council speaker Adrienne Adams said, “New York City voters made clear that they support our city government prioritizing racial justice by confronting the structural and systemic inequities that have long impacted New Yorkers.

“Black New Yorkers, as well as many other communities of color have long endured disparities in access to economic and educational opportunities, health, and safety.”