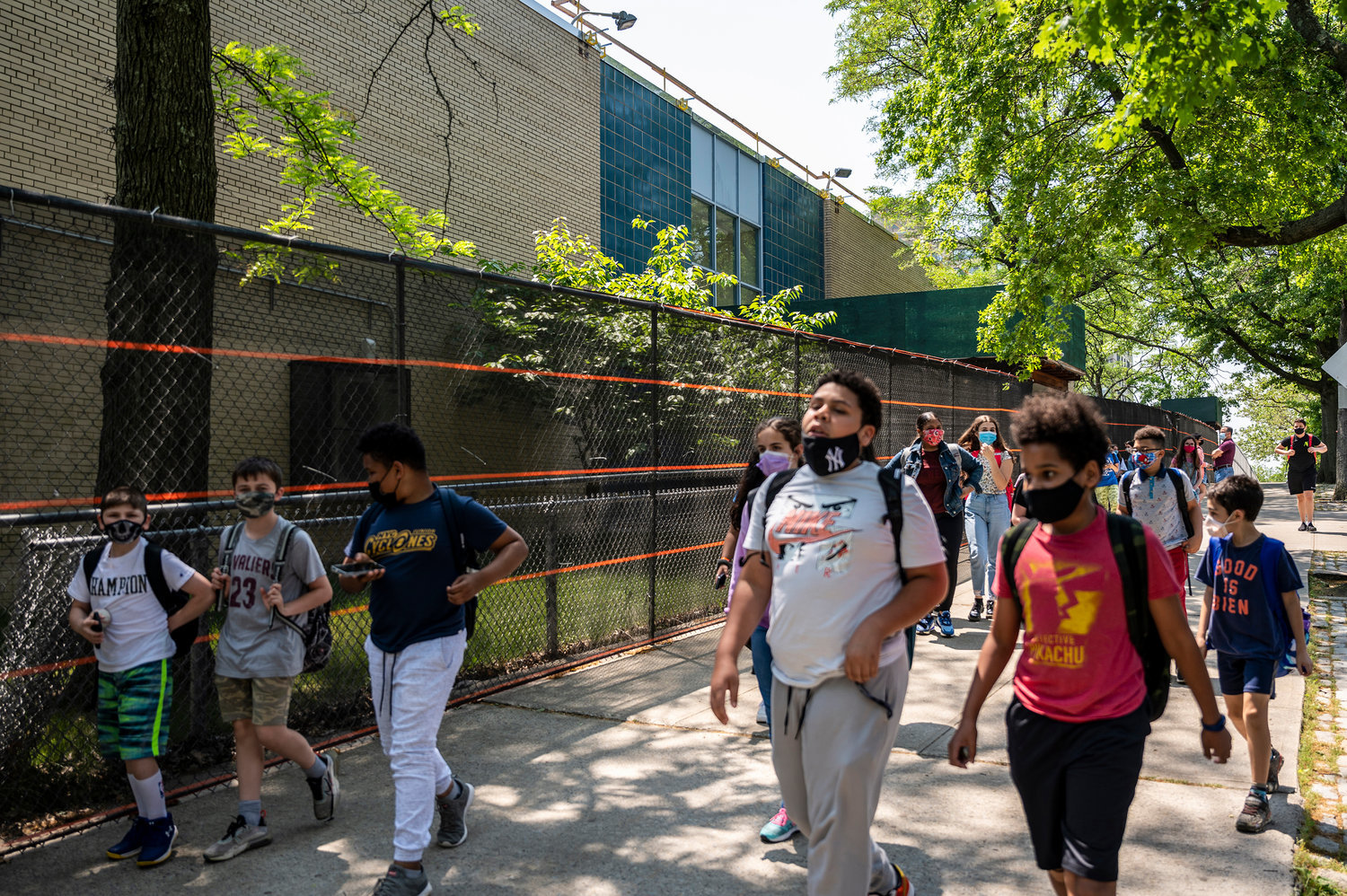 Very soon, enjoying a meal in your favorite restaurant or just visiting the gym may no longer require showing proof you've been vaccinated.

Mayor Eric Adams says he's looking to remove many of the "Key to NYC" vaccine requirements inside the city as early as March 7 — the same time he likely will remove mask mandates for public schools. Relaxing "Key to NYC" would mean no longer showing proof of vaccination for indoor dining, indoor fitness, and indoor entertainment and meeting places.

Face masks in New York City public schools could be history this time next week. That is, until the next surge.

Mayor Eric Adams says he's ready to lift the mandate in the wake of Gov. Kathy Hochul's announcement over the weekend that the statewide mandate will expire on Wednesday.

"More than a million New York City school children will return to class tomorrow after a week off," Adams said, in a release. "At the end of the week, we will evaluate the numbers and make a final announcement on Friday. If we see no unforeseen spikes and our numbers continue to show a low level of risk, New York City will remove the indoor mask mandate for public school children, effective next Monday, March 7."

Hochul credited high vaccination rates as a major factor in allowing New York — as a state — to lift the mask mandates as coronavirus levels continue to drop.  On Sunday, just 1,671 new cases of the coronavirus were confirmed across the state — less than 2 percent of those tested. That's compared to just a little more than a month ago when the omicron variant led a surge, creating a peak daily infection rate of 90,000.

Today, fewer than 2,000 people are hospitalized for conditions related to COVID-19, Hochul said, compared to a peak of 12,700 in early January.

"We are now entering a new phase of the pandemic," Hochul said, in a release. "Because New Yorkers have stepped up, we can confidently remove the statewide mask requirement in our schools. This is a huge step forward for our kids and communities, and I am grateful to the students, educators and parents for their dedication to keeping us all safe. We've reached this milestone because of your hard work."

More than 7 million people in New York City are fully vaccinated, according to Hochul, representing nearly 84 percent of the city's total population. Of those, however, just 39 percent have received a booster shot.

Still, among young people, New York is a leader when it comes to vaccination, Hochul said. New York has the highest rate of fully vaccinated teenagers among the nation's largest states, and the second-highest rate of children between 5 and 11.

COVID-19 cases have dropped 98 percent since the peak of omicron, the governor added, with that downward trend now continuing for more than 50 days.

Yet, even with Hochul's blessing, Adams says he wants to play it safe when it comes to the coronavirus. And those extra days for him are crucial.

"Our schools have been among the safest places for our children since the beginning of the pandemic," Adams said, "We will continue to make the proper public health decisions to keep our kids safe, including making masks available for any child or school staff member who wishes to continue wearing them."

Catholic schools under the purview of the Archdiocese of New York are not waiting, however. Although school administrators say masks will continue to be recommended, as of Wednesday, they will no longer be required.

"As part of our Catholic values infusion program, students learn we all have a moral responsibility for the good of all, and must have respect for everyone," Catholic schools superintendent Michael Deegan said. "As a school community, we must respect each other's decisions, but remain united as a community of faith. This transition is a truly teachable moment for our children."

The only programs within the Archdiocese that will require masks after Wednesday are preschools funded by New York City, which will continue until Adams lifts the citywide mandate. Catholic schools do not require students to be vaccinated, but recommend vaccination as part of its overall pandemic mitigation strategy.