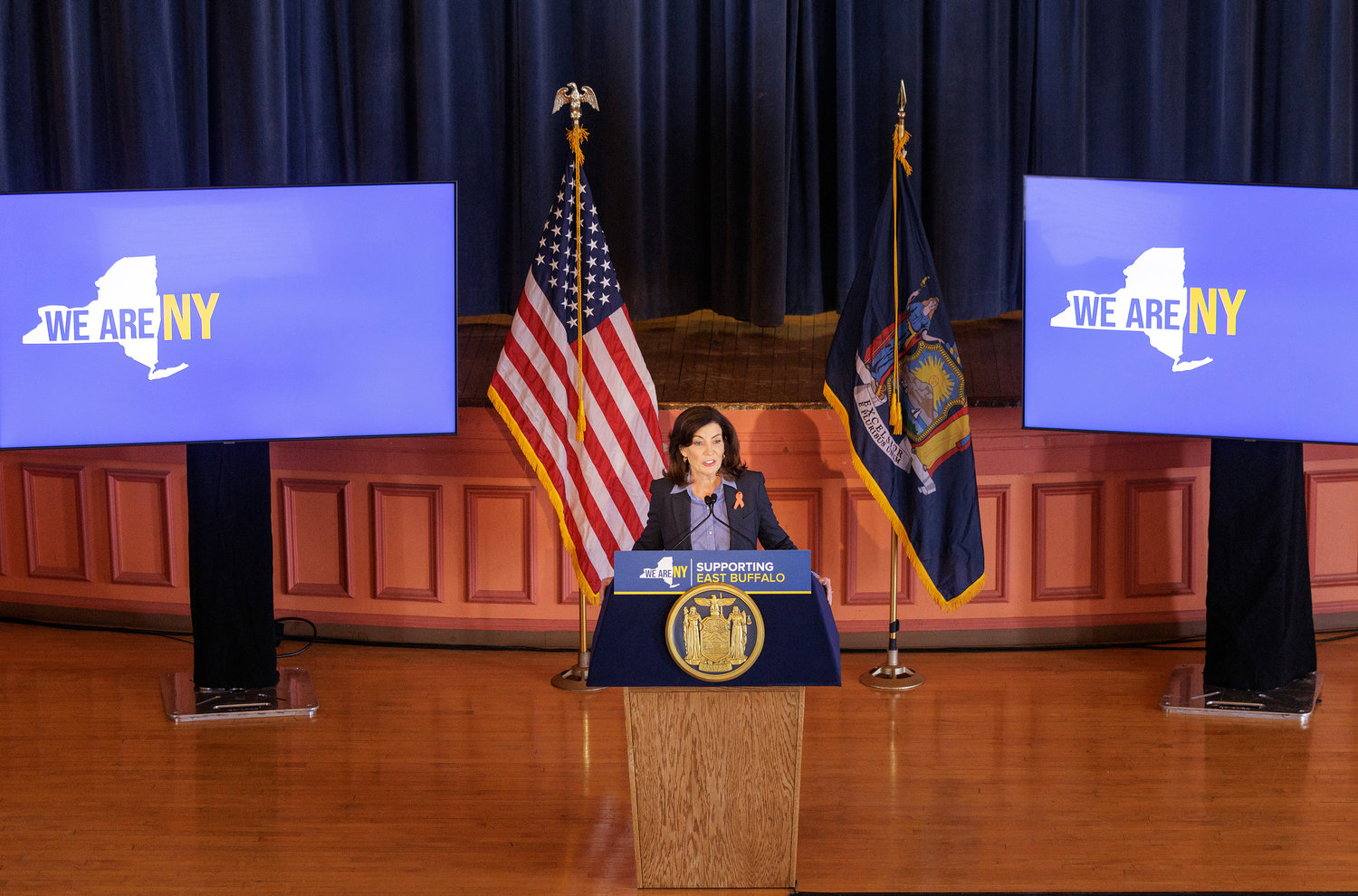 Although close, Gov. Kathy Hochul beat Lee Zeldin in order to hold onto the governor’s seat. In the northwest Bronx. Hochul took home the vast majority of the votes, becoming the first woman to be elected governor. She was appointed governor after former Gov. Andrew Cuomo left office last year.
Mike Groll
By Sachi McClendon

Democratic Gov. Kathy Hochul held onto her seat last Tuesday against challenger Lee Zeldin, a Republican. With 95 percent of the unofficial votes counted, Hochul had a 5.6 point lead over Zeldin, as of Nov. 14.

In the 81st Assembly District that covers the northwest Bronx, of the 27,727 votes counted, 73 percent of them went to Hochul.

In the state and congressional races, it was unsurprisingly a sweep for Democrats who were opposed.

The first initiative, which 81 percent of voters gave the thumps up to, enables the state to issue $4.2 billion in bonds to fund capital projects that would combat the  effects of climate change and on-going damage to the environment.