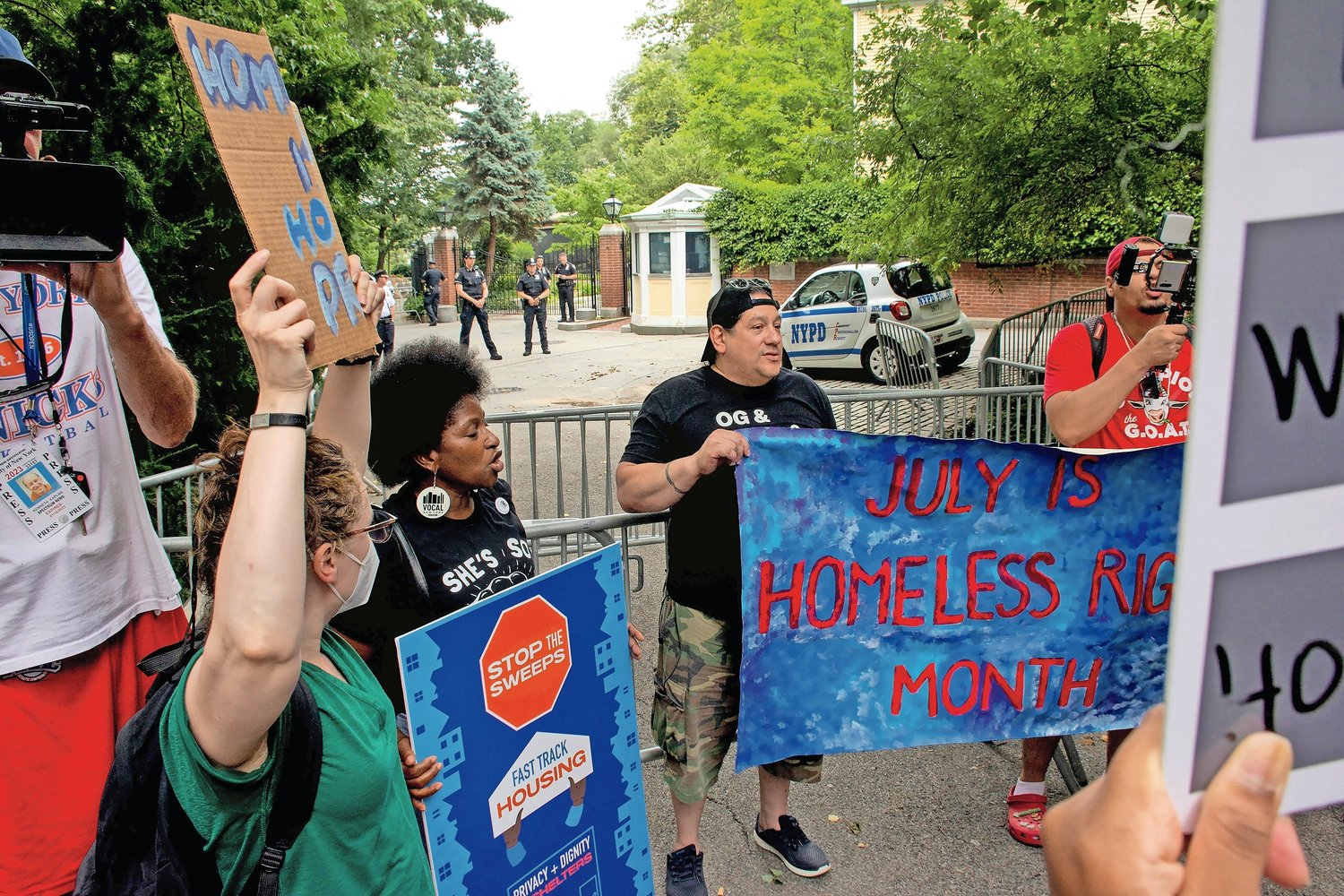 Formerly homeless New Yorkers, now advocates for those facing the same plight, marched to Gracie Mansion with a plea for an end to city street sweeps. “All of our cries on deaf ears!” one demonstrator cried, her shouts echoing through the gates of the empty mansion as NYPD officers stood guard on Sunday, Jul. 17.
ABIGAIL NEHRING 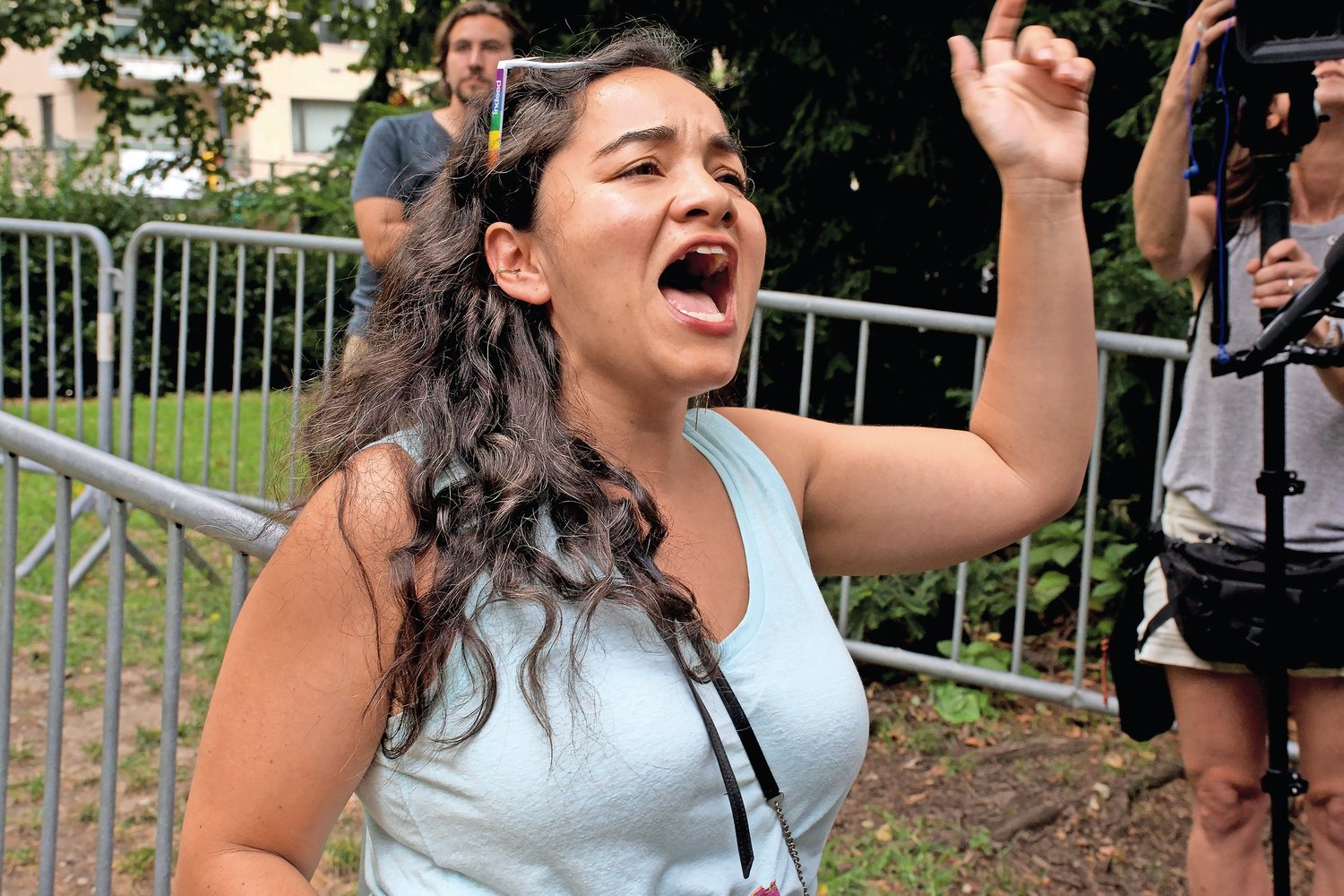 “Housing is a human right!” cried Corrine Low, an organizer with the Open Hearts Initiative. The group formed on the Upper West Side during the pandemic to call for compassion after several hundred homeless men arrived at hotel shelters in the neighborhood against the wishes of some local residents.
ABIGAIL NEHRING
Previous Next
By Abigail Nehring

Homeless New York residents and their allies marched through Carl Schurz Park and arrived at the gates of a heavily fortified Gracie Mansion July 17 to deliver their demands to Mayor Eric Adams: stop the sweeps, get cops out of outreach, stop throwing out our belongings.

A gaggle of NYPD officers milled about the driveway. “Nobody’s home,” one of them shouted.

In a speech before the march, Delsenia Glover asked for the mayor to produce a real plan to address homelessness.

Larry Thomas is now a volunteer for the Coalition for the Homeless. But a year ago, he was still winding his way through the shelter system, which placed him amid a protracted battle at the Lucerne Hotel.

“People got to understand, everybody’s a human being,” Thomas said in an interview on the sidelines of the rally. “A lot of people (haven’t chosen) to be homeless.

“We got people that work every day and just ain’t got a place to stay. I had a full-time job when I was there.”

Thomas moved into supportive housing in Harlem after almost two years in the shelter system.

Demonstrators traveled to Gracie Mansion from Riverdale and Chinatown, where battles are playing out at the local level pitting opponents of new shelters against advocates calling for compassion.  The city’s social services department is not always successful in seeing proposals through to reality as they strive to increase congregate shelter capacity through an open-ended Request for Proposal process. For instance in March, the city nixed a proposal for a 140-bed men’s shelter at 2028 White Plains in Morris Park, a property owned by David Levitan that was to be operated by the nonprofit shelter provider, Westhab.

But in his last year in office, inter-agency teams of trained staff, sanitation workers, and police officers doubled down on homeless encampments in New York City, clearing more than 4,700 homeless.  A camp on Forsyth Street in Chinatown has been cleared by NYPD officers and sanitation workers repeatedly in recent weeks, its inhabitants dispersing and returning seven times so far this month.