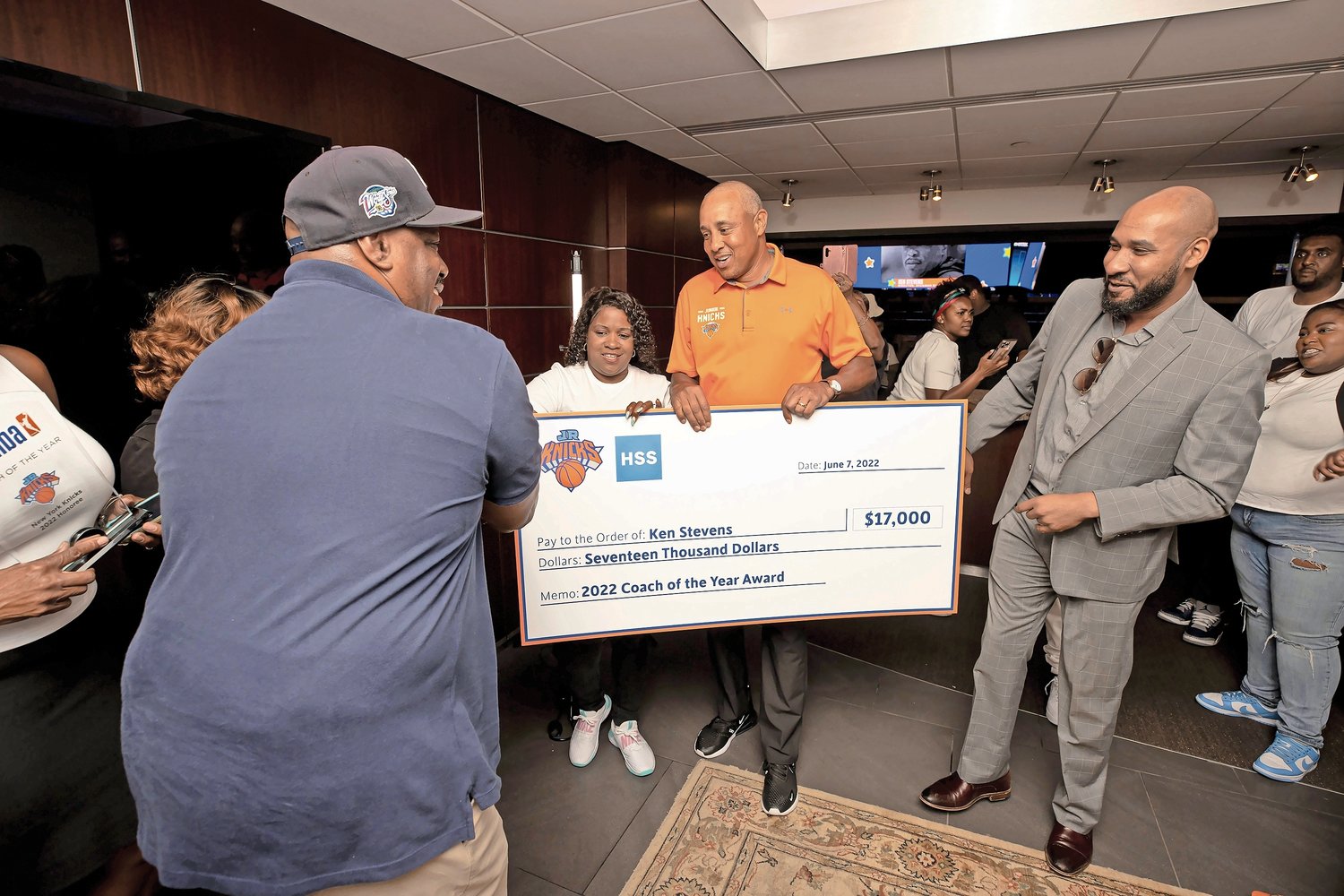 When Kenny Stevens co-founded the Dyckman Basketball Tournament, it was another way for him and his friends to play more basketball. But since that summer 32 years ago, life has never been the same for him and those who have either watched or participated in it.

Stevens, like many from New York City, lives and breathes basketball. He attended John F. Kennedy High School and played on the school’s team before going on to score more than 1,000 career points at Kingsborough Community College. He views the sport as a cause bigger than himself. That is why the momentum started all those years ago at Dyckman is still going forward.

“It was just a bunch of guys coming together to play pick up and then it started to get a little more organized,” said Stevens, who is the current chief executive of the Dyckman Basketball Tournament. “And because we were from the community we wanted to always try our best to defend home court.”

Now, the Knicks are celebrating his work, too.

On June 7, Stevens was awarded the Jr. Knicks Coach of the Year in front of family and friends at Madison Square Garden. The award, presented by the Hospital for Special Surgery, is given to a youth basketball coach in the tristate area who has a legacy of giving back to their community. Stevens has been the head boys’ basketball coach at Roosevelt High School in Yonkers for the past 18 years and an associate coach for CUNY Hostos Community College for six years. For Stevens, it has been 32 years of growth and counting — a hoops pioneer and now an award-winning coach.

“Coach Stevens has spent over 30 years supporting and empowering Manhattan basketball and has been a positive influence on countless individuals,” said an HSS spokesperson of Stevens, who became the fifth ever recipient of the award. “He is a staple in the city’s basketball landscape and one of the most respected members of his community.”

It was quite a surprise for Stevens who showed up at MSG for what the Knicks told him was just an interview. Stevens knew he was one of three nominees for the award, but nothing else. Waiting for him in a private suite at the world’s most famous arena were his family and friends, including the whole staff from Dyckman.

“My team did a really good job keeping it away from,” Stevens said. “I couldn’t hold it back. It was very surprising.”

It followed with Knicks legend John Starks presenting Stevens with a $17,000 check from the Knicks to support his basketball activities in the community. The funds will help Stevens with equipment costs and facility rentals.

“I never thought I would be nominated or put up for something like this,” Stevens said. “I’m just doing what’s good and needed for the kids in the community.”

For Stevens, a lifelong Knicks fan, the circumstances of his encounter with Starks were almost too good to be true.

“To see John there holding up a check with my name on it, like are you kidding me?,” Stevens said. “He’s one of my all-time favorite Knickerbockers.”

Stevens stays grounded by remembering what led him on this journey in the first place. It is and has always been about the kids for Stevens — and he means everything to them.

“Kenny has invested in many people and has expanded their opportunities to help reach their personal goals,” said Isaiah Brown, vice president of programming at Dyckman Basketball and founding principal at Capital Prep Bronx Charter School. “He authentically cares about young people and they feel that and know that.”

Stevens pays it forward because of how much basketball changed his own life. The prospect of going to college was never even an option for Stevens until the coaches at Kingsborough Community College rolled down their car window one summer day to recruit him.

“I was stunned,” Stevens said. “I didn’t think that could happen to me.”

Basketball also taught Stevens how to be the best teammate off the court, such as giving up the chance to play NCAA Division I college basketball to help raise his first son. It was a hard decision at the time, but Stevens never regrets being there for his family.

Stevens and his team are preparing for the Dyckman Summer Basketball Tournament which will kick off on July 5 at Monsignor Kett Playground. For the second consecutive year, The Yankee Entertainment and Sports Network, better known as YES Network, will stream the games from the high school division every Thursday.

Despite renovations at the park this summer, the Parks Department did not want that to be a hindrance for holding the annual tradition.

“Because they’re doing a renovation to the playground, they’re still in the process of getting the necessary equipment, some bleachers and lights to have the tournament remain safe,” Stevens said.

The buzz the tournament generates in the community never gets old for Stevens. There’s a special energy created from seeing all the smiles on every face from the kids and NBA players alike. That feeling of pride knows no boundaries in the community.

“Sometimes these kids will play in other summer leagues but they’ll come back, take off their jersey and put on a Dyckman Basketball jersey,” Stevens said. “They’re part of it and they’re part of the growth.”