Hospitals opening doors to give nurses a chance

Biden’s plan to cancel $10,000 in student loans is not enough for many 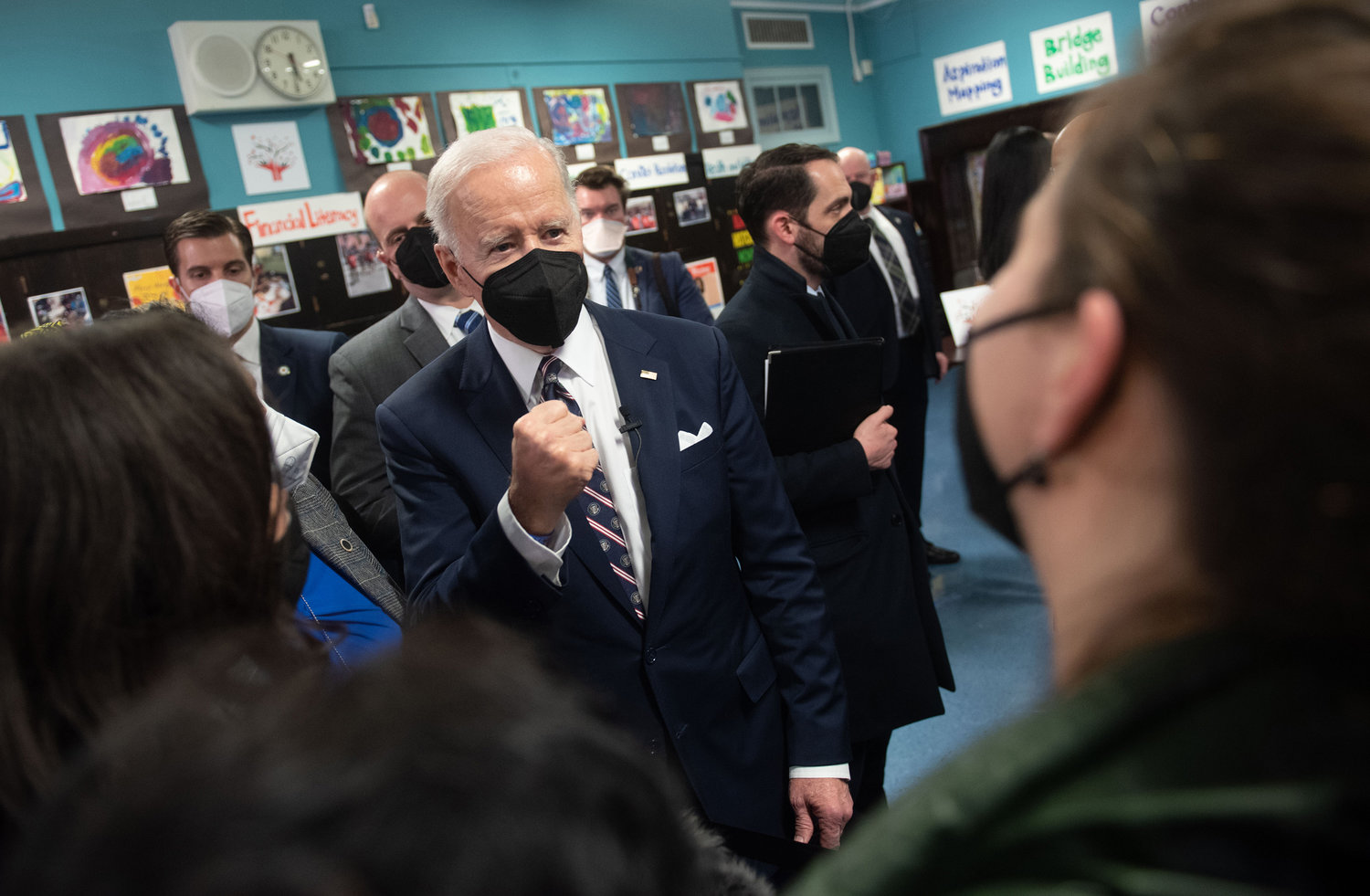 President Joe Biden has his intentions to cancel $10,000 in student loan debt and has no intention for a cancelation of $50,000 or more. There are possible restrictions for the president’s plan for student loan forgiveness depending on the borrowers current house hold size and income.
Courtesy of Mayoral Photography 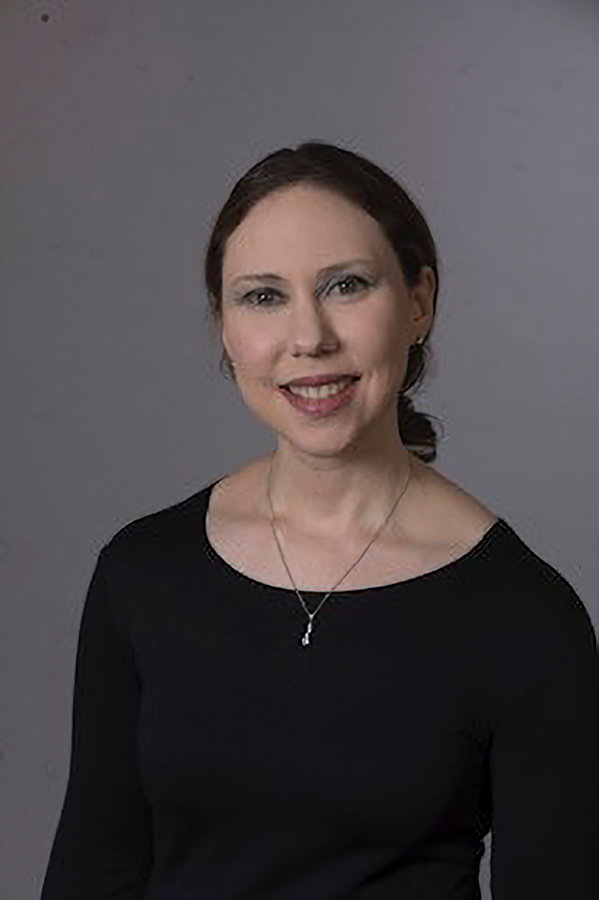 Dr. Rebecca Pollack graduated from Barnard College of Columbia University and attended St. George University. As new physicians are required to gain more hands-on hospital experience, Pollack started in Brooklyn at Brookdale. She has her fair share of experience in underprivileged communities, so she finds it an honor to continue her work, especially with the help of a program called Doctors Across New York, paying off her student loans from medical school in exchange to work at NYC Health + Hospitals/Lincoln.
Courtesy of NYC Health + Hospitals
Previous Next
By Stacy Driks

Traditionally, doctors spend their early years worrying about getting through their residency and picking a specialty.

That has changed considerably for today’s young medical professionals. Some have to add paying off upwards of about $200,000 in student loans to that list of worries.

It’s an understatement to say medical school is achievable but not always affordable.

The Biden administration has shown public interest in wiping out $10,000 of student debt per student and family member who has taken out loans. U.S. student loan debt totals $1.7 trillion, and 45 million Americans are affected. While medical and law students may incur the most student debt, almost all professions requiring a college education have workers with massive debt.

“Medical school debt can drive too many early-career physicians away from the public hospital system and the community we serve,” NYC Health+Hospitals president and chief executive Mitchell Katz, said in a recent statement.

NYC Health+Hospitals is trying to be helpful to their peers. Doctors Across New York program will provide 26 doctors $40,000 for three years towards their medical school loans through a state-funded grant of $3 million.

This forgiveness program is in exchange for a commitment to serve in NYC Health+Hospitals.

That $10,000 in student loan forgiveness from the Biden Administration is absolutely not enough.

Dr. Rebecca Pollack, a neonatologist at NYC Health+Hospitals/Lincoln in the Bronx, said she believes Biden’s one-time $10,000 loan forgiveness plan isn’t enough. Pollack is one of the chosen doctors to be selected after applying in October into the Doctors Across New York program, and she couldn’t be more grateful.

“Doctors Across New York award strengthens my commitment to serve the NYC community with dedication and to provide optimal neonatal medical care at NYC Health+Hospitals/Lincoln,” she said.

This program is not only give those in the Bronx, but it also helps out all New York City residents who are medical professionals and qualify.

As one of the world’s largest public hospitals, NYC Health + Hospitals also has a scholarship loan forgiveness program for nurses.

NURSE Corps is similar to Doctors Across New York in the sense that nurses need to exchange two years commitment at NYC Health+Hospitals with nurse shortages for relief of 60 percent of their unpaid nursing education loan.

This doesn’t mean medical students are the only individuals granted extra help. The government helps too. However, Biden doesn’t like the flavor of the federal help for most Americans.

“First thing we did was reform the system that was in place,” Biden said in a press conference addressing student loans last month. “It didn’t work for” everybody.

It was supposed to allow people who worked for such non-profits to write off debt if they engaged in public service, he added.

In 2017 the Public Service Loan Forgiveness Program was created, and it benefited borrowers with low credit scores who were mainly students fresh out of college.

NYC Health+Hospitals are included in this federal program. Nurses and doctors can take advantage if their qualifications are met.

This program stemmed from the College Cost Reduction and Access Act of 2007 that allowed borrowers who made 120 monthly payments while working full time to qualify to have the remainder of their balance forgiven.

The president sternly stated that he would not consider a $50,000 debt reduction. Yet, he will continue to look further for other debt reduction opportunities.

Forgiveness will only be given to those with an annual income below $125,000 for a single household and a joint couple making $250,000 and below.

Pollack has been serving underprivileged communities since her residency. Disadvantaged neighborhoods are also a high-risk population for health outcomes do their ethnic and racial status, according to the Columbia Nursing Program.

She told The Riverdale Press in an underprivileged community in the Bronx she doesn’t only feel honored. But she feels motivated to go to work. Even more so now when she doesn’t have the burden of an extreme amount of debt.

“Canceling $50,000 in student loans would help the racial wealth gap and specifically bring many Black Americans out of severe debt that keeps them financially less secure than others,” Bowman said.

According to the education department, Black households borrow on average $39,500 in student loans.

According to a research website, in the fall of 2020 the enrollment at Lehman College was 55 percent Hispanic while 26 percent were Black/non-Hispanic and 8 percent were white/non-Hispanic.

According to Lehman spokeswoman Lisa Hirschfield, many of their nurses apply to work in public hospitals after graduation.

Lucky for Lehman, they are known for its low numbers of students graduating with debt. The CUNY school’s tuition rates are affordable for most students while applying for financial aid.

As Lehman College students graduate, low debt allows them to continue into a career without the burden of thousands left behind to pay.

According to reported data from the National Center for Educational Statistics at Lehman, an undergraduate in 2019-20 paid $7,410 before fees. That same year 13,002 students applied for student aid. The college was ranked one of the 25 colleges in the country with low debt published by Forbes.

The National Bureau of Economic Research and the Equality of Opportunity Project ranked Lehman College number four in the top 10 public colleges nationwide.

Manhattan College is a bit pricey. However, it says its private institution is a significant investment compared to other colleges

The average amount grants and financial aid is $24,715. Some 97 percent of the student population receive such aid.

College of Mount Saint Vincent reported the cost of attendance for full-time undergraduate students is $45,880. Nearly all received an average of $25,409 in financial aid for 2019-200.

The widespread belief is if people can’t pay their student loans, it keeps them from making other substantial decisions in life like buying a home, having kids, or even retiring.

Bowman has long been stressing about canceling all student loans, as he expresses on Twitter.

One of the many of Bowman’s Twitter posts last year stated, “The choice is simple — force tens of thousands of people to begin paying again or cancel the debt entirely by liberating generations of crippling education debt.”

He believes if the cancelation of student loans happens, it can give every American a fighting chance to survive in this economy.