How would you spend $1M? Your elected wants to know 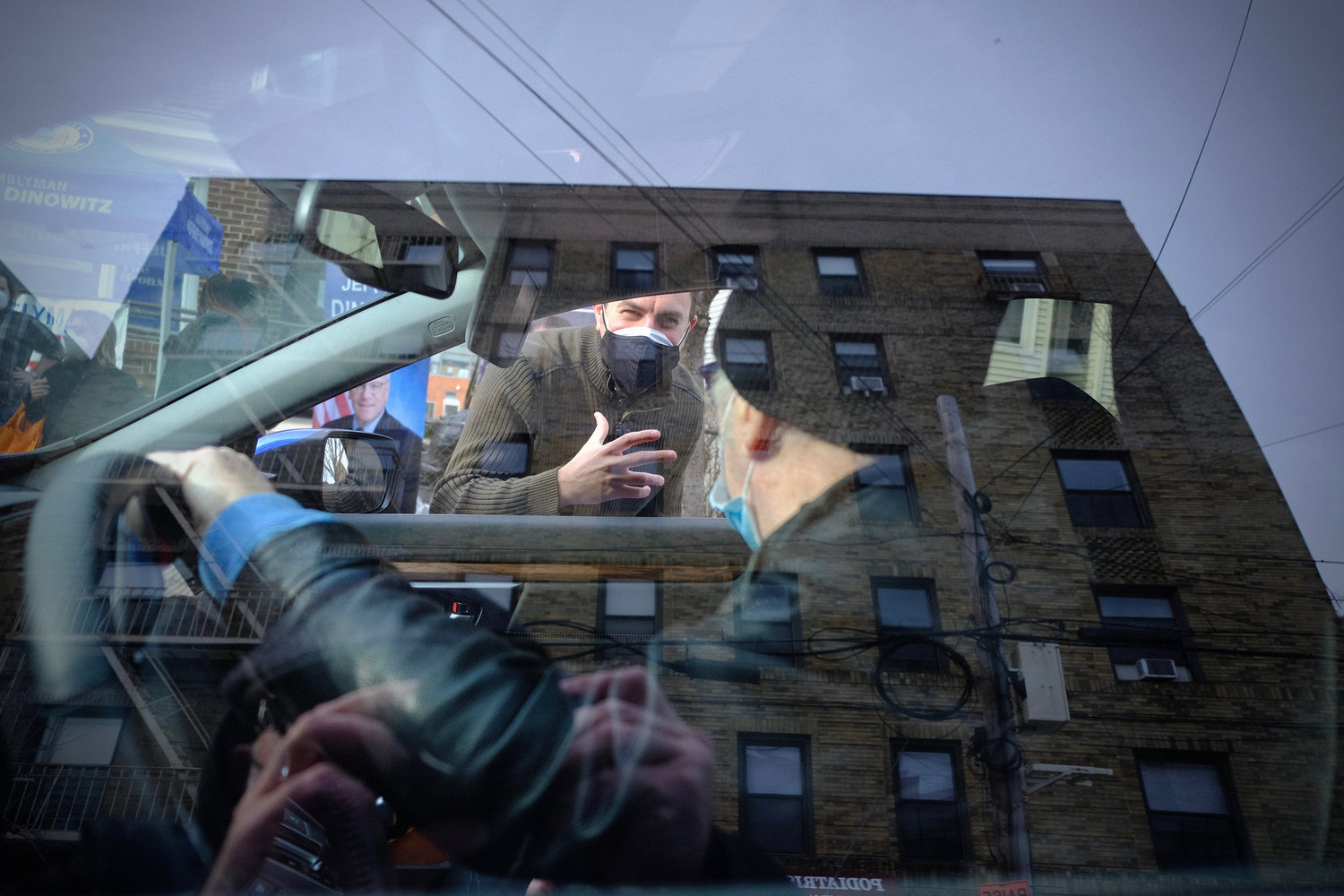 Councilman Eric Dinowitz says he’s approaching participatory budgeting — the process by which people in the community get a direct say on some capital spending in their neighborhoods — a little differently. Instead of focusing on the traditional $1 million, Dinowitz is collecting is feedback over the next few months on how to spend more than $5 million.
Courtesy of Gerardo Romo/NYC Council 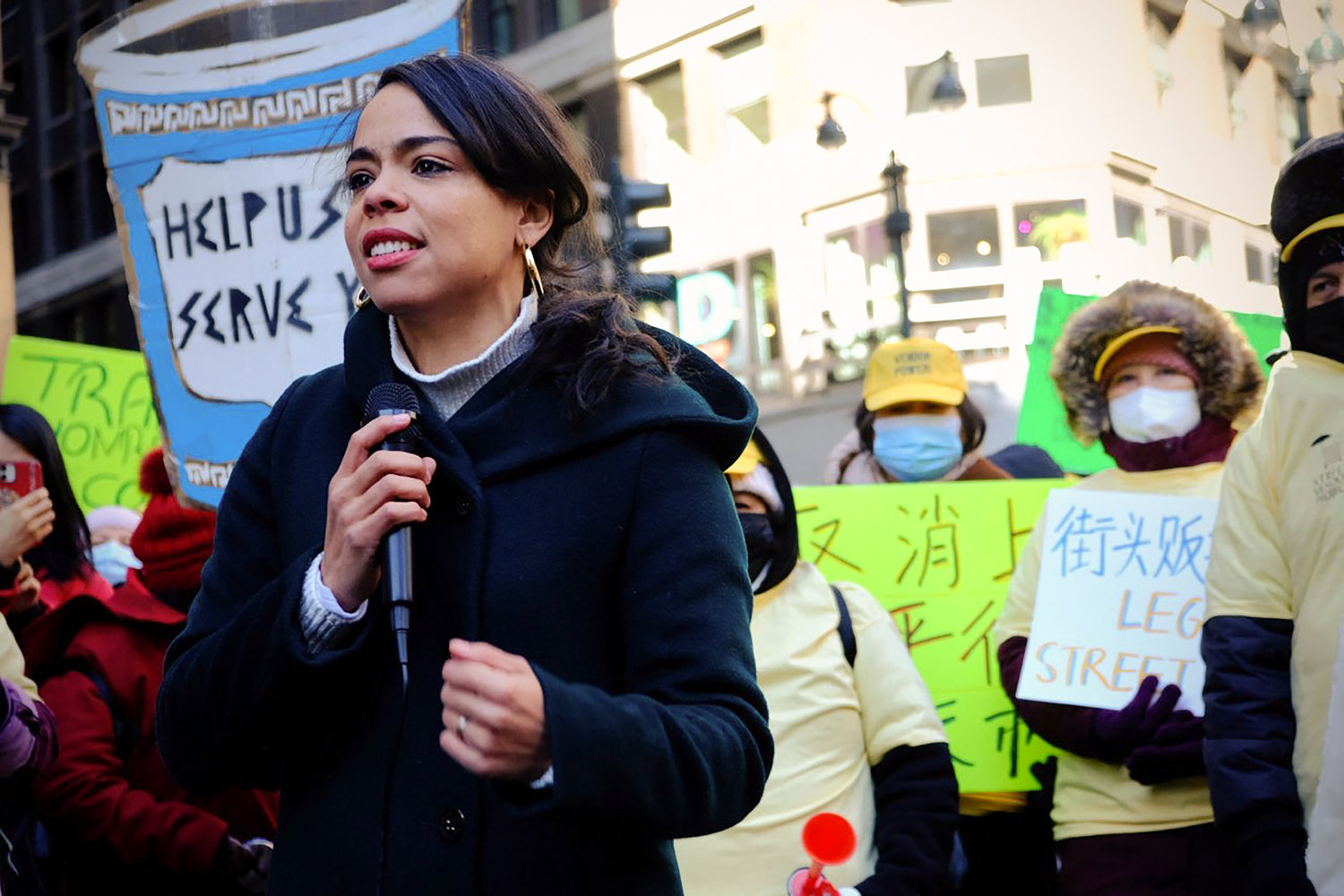 Councilwoman Pierina Sanchez is talking to her constituents about how to spend $1 million of capital funds in their neighborhoods this year. Participatory budgeting, as it’s called, was not exactly something her predecessor did, but Sanchez says shes trying a fresh approach in her part of the Bronx.
Courtesy of Gerardo Romo/NYC Council 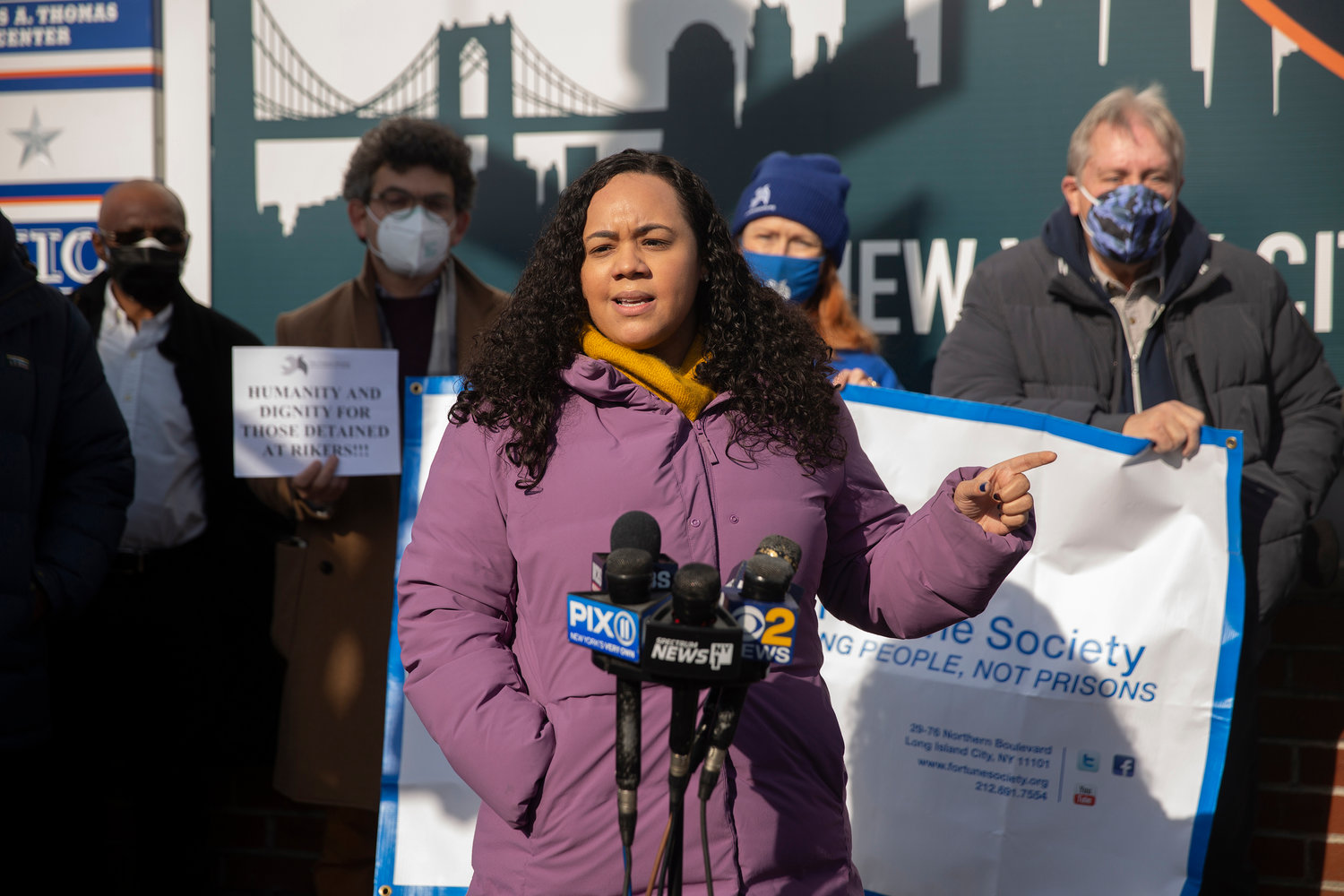 Councilwoman Carmen De La Rosa is opting out of participatory budgeting this year, the program where council members ask constituents how to spend $1 million in capital funds in their neighborhood. It’s not she doesn’t want do the program, but instead because De La Rosa said she didn’t have enough time to gather feedback. Instead, the councilwoman will focus on next year’s cycle by starting to collect feedback in August.
Courtesy of John McCarten/NYC Council
Previous Next
By ETHAN STARK-MILLER

It’s $1 million. That’s 100 million pennies. If you were to turn all of that money into dollar bills and stuff all of it into a cash bag, it would weigh 22 pounds.

Each year, city council members have a chance to ask their communities how they would spend $1 million. But how they do it might be a little more interesting than some of the plans themselves.

It’s a program known as “participatory budgeting,” and is designed to let neighborhoods have a direct say in what capital programs those funds should be spent on.

Each year, any one of the city council’s 51 members can opt into this program, only so long as the money is earmarked to some physical infrastructure project that “benefits the public,” costs at least $50,000, and will be around for more than five years.

For those parts of the city participating, all it takes is putting together a project proposal for your council member, who then votes on each one to see what ultimately gets included in the overall capital budget.

It’s actually the first time participatory budgeting has taken place since the start of the coronavirus pandemic, getting suspended in 2020 in the wake of massive budget shortfalls. It came back this year, but the city was slow getting it up and running.

Before the pandemic, however, participatory budgeting was gaining traction with 33 members — a majority of the council — participating.

Participatory budgeting was informally started in 2011 by current city comptroller Brad Lander, current public advocate Jumaane Williams and then-council members Melissa Mark-Viverito and Eric Ulrich. It was then solidified through a 2018 charter revision that gave responsibility for expanding the program to the city’s Civic Engagement Commission.

It was too tight for Eric Dinowitz, even though he’s been on the council now for more than a year. But it doesn’t mean he’s not doing anything — in fact, the former schoolteacher has put together his own program that comes with a much bigger cash pot.

And he learned a lot from his predecessor, Andrew Cohen, who was quite active in participatory budgeting. Dinowitz was able to pore through city data breaking down a number of details on those in his district who participated.

“We combed through it, we looked at it,” Dinowitz said, finding that “56 percent of respondents who voted over the past few years in District 11 earned $100,000 or more. Which doesn’t reflect the distribution of income within District 11.”

Instead, what Dinowitz found was how limited the participatory budgeting process is, both in terms of who was participating and the amount of money they had a say in spending.

So, instead of just $1 million, Dinowitz is looking for input on how to spend $5 million on capital projects, and another $1 million on just about anything else.

And that January deadline that already passed? Forget about it. Dinowitz says he’s collecting feedback over the next few months, working to reach the community through social media, his digital newsletter, and even in-person events.

“We are reaching more people, and trying to get a sample that’s actually representative of the entirety of” the district, the councilman said. And he’s “using that information to determine how we spend millions more dollars of discretionary funding.”

Dinowitz claims his version of participatory budgeting seems to work better than the city’s program. At least so far. For instance, the councilman says his team has already received a large influx of feedback through a single online form he shared last month asking constituents how they would prioritize spending.

“We put it into five different categories,” Dinowitz said. “And if someone says, ‘You know what, libraries and transportation are really the most important to me,’ they would select those two boxes, and they would say specifically, ‘It’s the Riverdale Library that needs a new roof.’”

Also opting into the city program — but probably a bit more officially — is Pierina Sanchez, who represents part of Kingsbridge Heights, among other Bronx neighborhoods. As a new councilwoman, it was much easier for Sanchez to opt into the city program instead of going off on her own like Dinowitz.

This way she could get support from her other new colleagues, who are also learning this new process at the same time.

“It’s been helpful to be a part of a cohort as an incoming council member and just having a few weeks to engage in the process,” Sanchez said.  “We’re kind of doing this together. We have group chats. We have message boards, where we’re all just kind of exchanging ideas and thinking about how to engage our different communities in the best ways. “

Although Sanchez only had a short period to gather community input — a process council members usually get several months to do if they were not new to office — she said it’s important this is one of the first things she’s done since taking office. Especially since Sanchez campaigned on “co-governance” concepts.

“I think that putting a certain amount of the power that we as city council members get from the community back into the hands of the people is very meaningful to me,” Sanchez said. “It brings a sense of self-determination to folks. People on the streets who we’ve talked to over the past week or so have been very excited. And that’s an inherently positive thing.”

Sanchez values participatory budgeting because she sees it as an opportunity to educate her constituents about the constraints she faces when trying to get her own capital projects funded.

In contrast, Councilwoman Carmen De La Rosa isn’t doing participatory budgeting this year. Her predecessor Ydanis Rodriguez — now the city’s transportation commissioner — didn’t collect any community feedback on the project during his final months in office, thanks to the pandemic.

Additionally, she said, as a new councilwoman, she felt she didn’t have enough time to run the process properly. So, De La Rosa’s going to start doing community outreach in August as a way to gear up for next year’s cycle.

“I want to be able to have a robust process where people are able to not only give their feedback and participate, but also for us to reach portions of the district that have historically been left out of government decision-making, and are maybe a little bit skeptical about working with government,” De La Rosa said.

“I think that in order to do that effectively, we need to have the time to really do deep canvassing and reaching out to the organizations that are active, but also the grassroots groups that have been serving our community in the last few years.”