If you cancel the primary, will the voters still come? 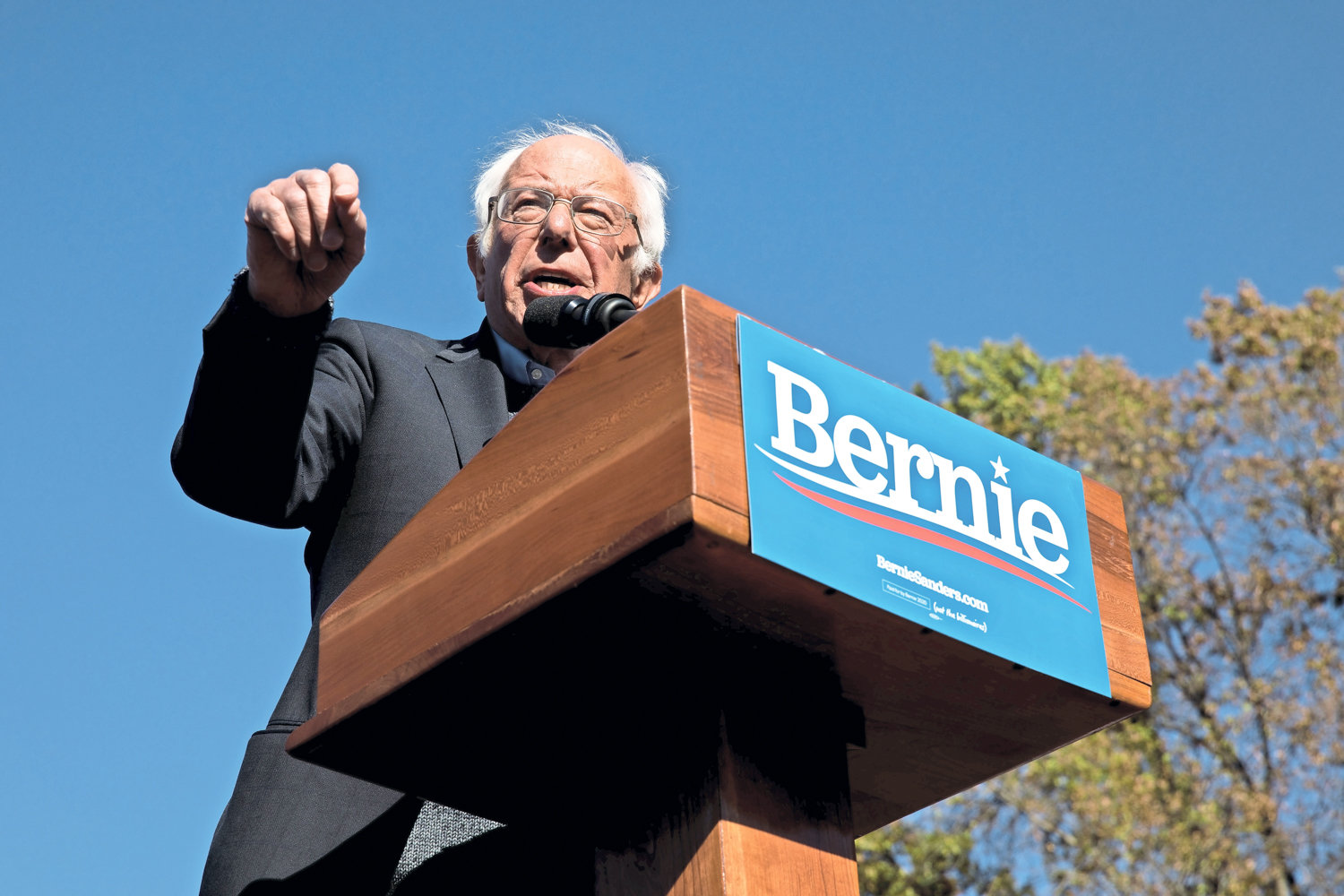 Even though U.S. Sen. Bernie Sanders suspended his presidential campaign, he was still on the New York primary ballot, but state Democratic Party officials decided to cancel the June primary, effectively removing Sanders’ from an opportunity to gain any delegates in the state.
JULIUS CONSTANTINE MOTAL 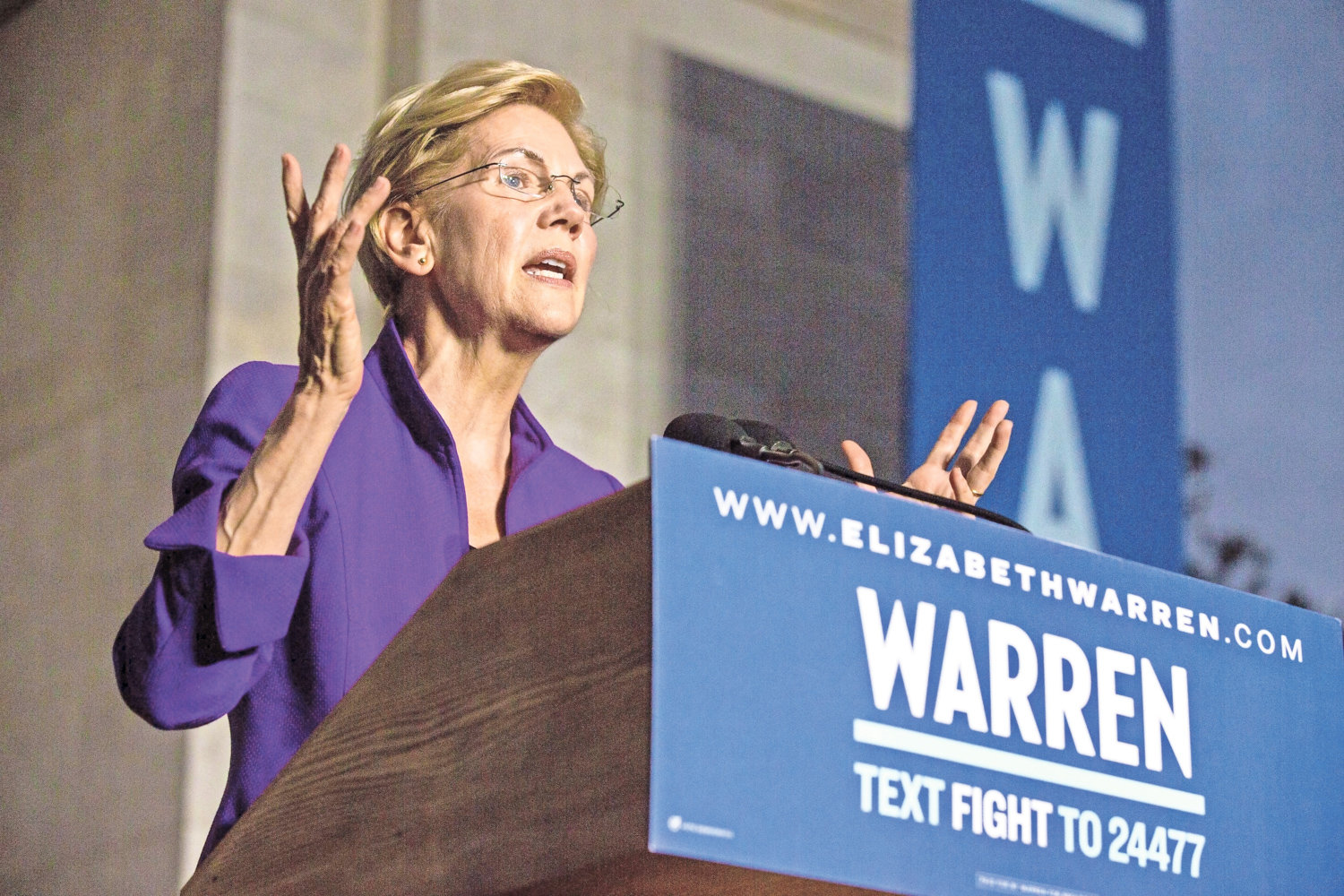 U.S. Sen. Elizabeth Warren ended her campaign in early March, but in the heat of campaign season, she’d received the majority of donations in the 10471 ZIP code. Voters eager to cast their ballots in the June 23 presidential primary have had their hopes dashed when state Democratic Party officials decided to cancel it.
JULIUS CONSTANTINE MOTAL / File 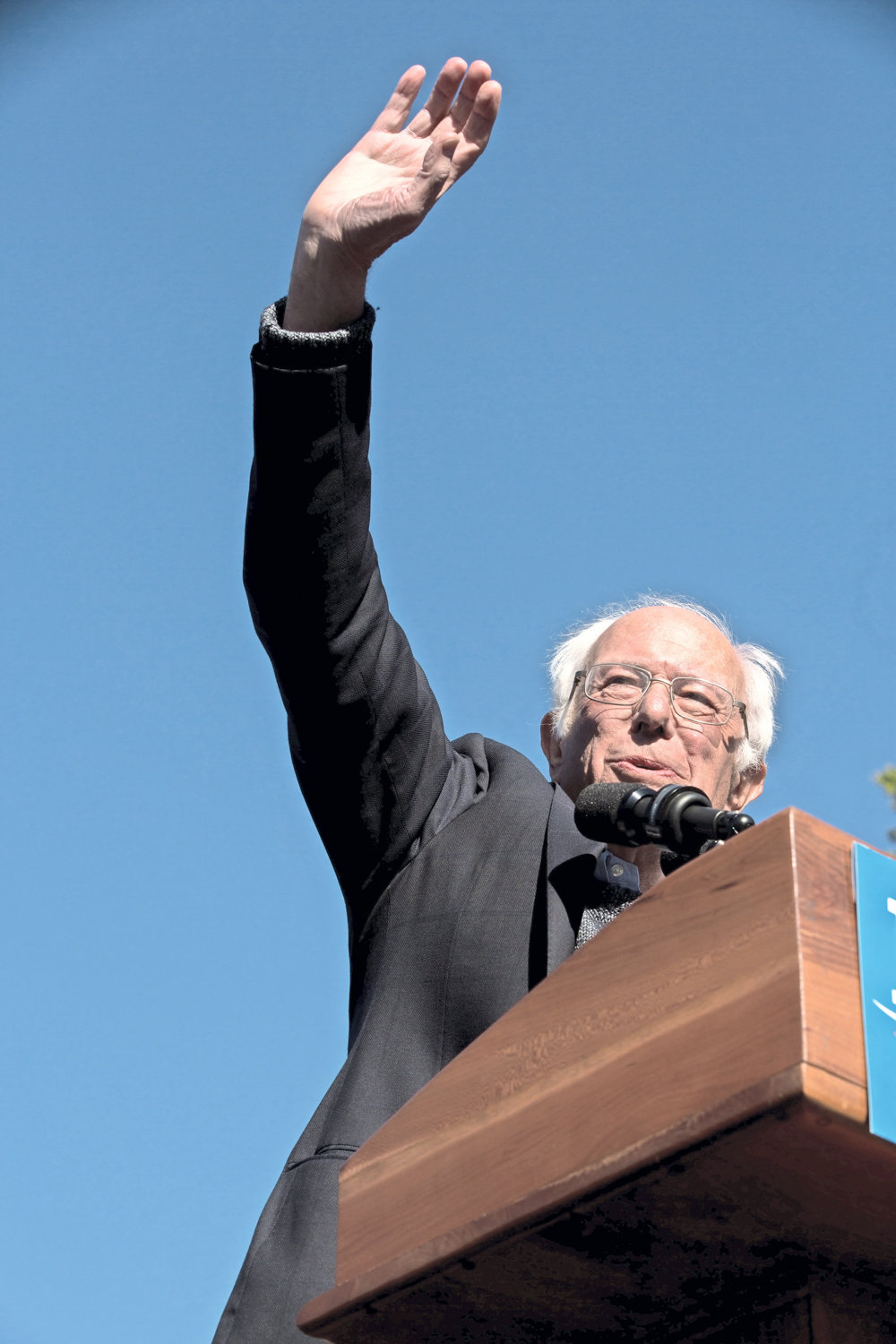 New York supporters of U.S. Sen. Bernie Sanders will no longer be able to vote for him in the June presidential primary, because there won’t be one. Democratic Party officials canceled it last month.
JULIUS CONSTANTINE MOTAL 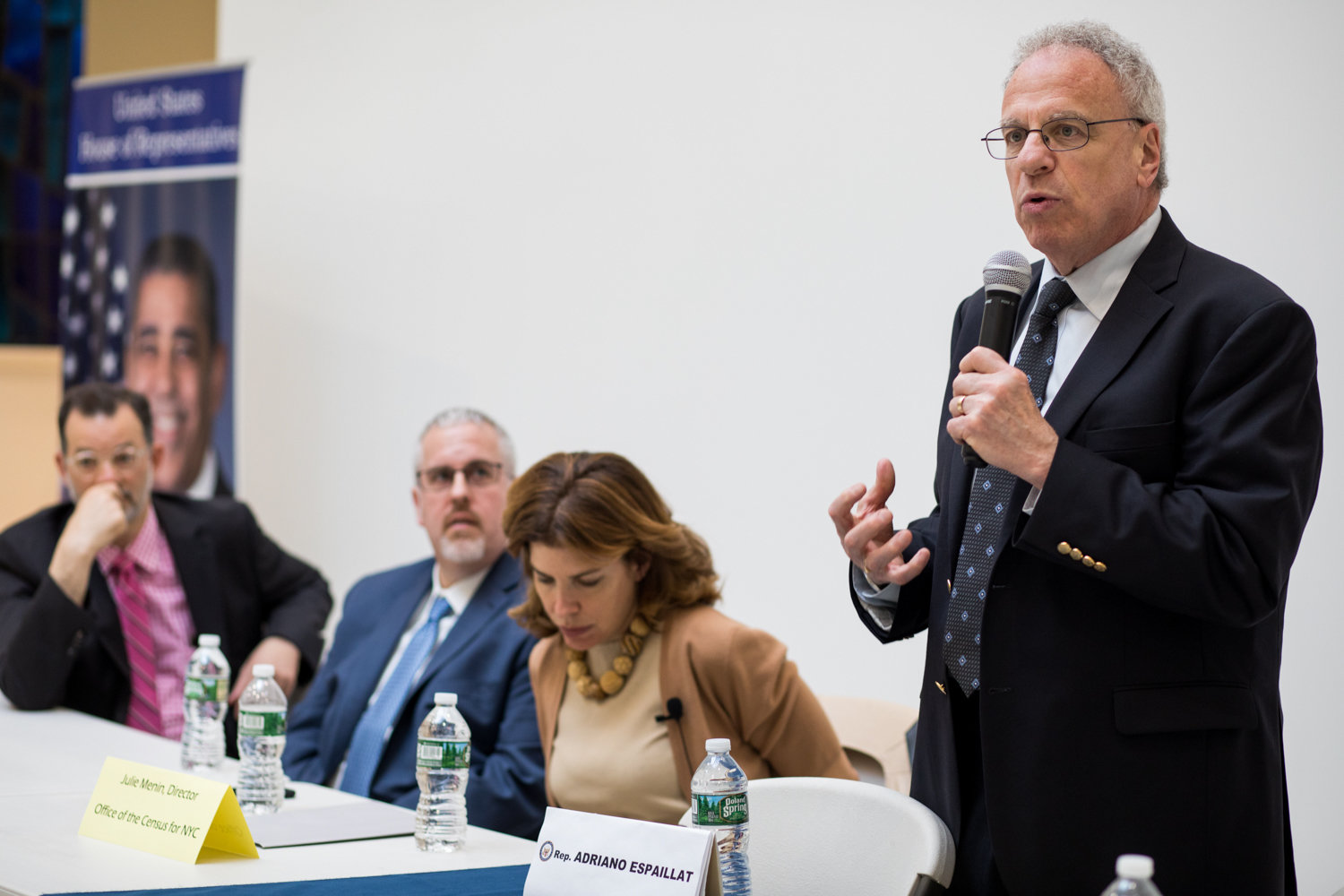 Iowa and New Hampshire are the states to watch out for in any presidential election year, the first two to cast their votes while the race for the White House is still quite young. By early March, more than a dozen states headed to the polls for Super Tuesday, including the delegate-heavy states of Virginia and California.

By the time primary day was expected to roll around in New York on June 23 — delayed from its usual April because of the coronavirus pandemic — casting a vote was expected to feel a little underwhelming, especially with the nomination all but decided.

Former vice president Joe Biden was well on his way to getting the Democratic Party’s nod, but popular Vermont senator Bernie Sanders opted to remain on the ballot as a way to collect delegates for the national convention this summer. That is until state party officials — blaming the ongoing health crisis — put the kibosh on a presidential primary in New York.

While Sanders had no delusions of somehow finding a way to overcome Biden when it came to delegate totals, having more people represent him in Milwaukee — or virtually, if it comes to that — could mean more influence his supporters would have on the overall party platform.

Voters might not cast votes on who will represent their party in the presidential race, there are still other state and congressional contests that will require voter input June 23, some lawmakers like Assemblyman Jeffrey Dinowitz said.

“They didn’t say, ‘We’re canceling the primary,’” said Dinowitz, who previously pushed for a truncated presidential primary in light of COVID-19, to include only those candidates still actively running.

“What they did is they eliminated from the ballot the candidates who dropped out,” he added, since Sanders — the last candidate standing against Biden — was no longer actively campaigning.

All of the candidates who would have been on the ballot had already dropped out and endorsed Biden, Dinowitz said.

He believed that having their names on the ballot would only confuse voters. If Sanders’ name remained, he reasoned, why shouldn’t the names of other past candidates?

“One of my pet peeves over the years was the fact that we had these crowded ballots that were confusing, and consisted largely of candidates who weren’t even in the race anymore,” Dinowitz said.

That included presidential candidates, but also candidates for state senate, Assembly, and for congress.

Four Democrats are competing against 30-year incumbent Eliot Engel for the opportunity to represent a large swath of the north Bronx and Westchester County in the U.S. House of Representatives. That’s not the only race on the ballot in June, though. Dinowitz also has a primary challenger in George Diaz Jr.

There are counties in the state where, without a presidential primary, there are no local elections happening, so would-be voters can stay safely at home rather than venturing out to vote.

“Would it lower the turnout, not having the presidential primary?” Dinowitz asked. “I guess it would have to. I mean, it’s not going to raise the turnout.”

New York’s chapter of the League of Women Voters is non-partisan, so the organization — which aims to expand voter rights and access — hasn’t taken a position on the cancellation on the presidential side since it was a party decision, said Jennifer Wilson, the organization’s deputy director.

Still, the group has concerns about what the elimination of the presidential ballot will mean for other races.

“We’re definitely concerned about turnout being a lot lower because of these major races being canceled,” Wilson said. “Even though, as we speak, I’m going through all the newly certified lists of candidates, and I can’t believe how many primaries are happening all over the state.”

While it isn’t ideal, Wilson said, it’s common for voters to turn up to vote in the biggest race — in this case the presidential one — and find themselves voting for other candidates once they arrive at the booth. Voting in primaries typically only increases during presidential election years.

She thought Cuomo’s first move, to host the primary on the same day as the other elections, may have boosted turnout since voters wouldn’t have to keep multiple dates in mind.

“This would have been great, because those people would have seen those races they wouldn’t normally see,” Wilson said. “We’re hoping that people will still pay attention and will still go out and vote in some of these lower ballot races, because these are often the seats that are more important to people’s daily lives.”

Cuomo also signed an executive order directing that all registered voters be sent an absentee ballot application, with the hopes anyone needing to can vote from home to reduce primary day crowding as the state starts to reopen after months of coronavirus-induced shutdowns.

“Sending an absentee ballot application to every eligible voter — which essentially means Democrats, in this case — makes total sense,” Dinowitz said. “And is a way of raising turnout.”

Yet, not every Democrat, or candidate who had once sought the Democratic nomination for president, is happy. The Sanders campaign, in a statement, called the vote cancellation a “blow to American democracy.”

“While we understood that we did not have the votes to win the Democratic nomination, our campaign was suspended, not ended, because people in every state should have the right to express their preference,” Sanders senior advisor Jeff Weaver said, in a statement. “What the board of elections is ignoring is that the primary process not only leads to a nominee, but also the selection of delegates, which helps determine the platform and rules of the Democratic Party.”

However, Biden’s camp seem to have relieved some of that strain last week after the Associated Press reported Sanders will be allowed to hold on to hundreds of delegates he would have otherwise lost since he had dropped out of the race. Party rules say Sanders would have to hand over a third of his delegates he’s already won, but he’ll be able to keep many of them in an effort to influence the party platform.

While there is some convenience in being able to submit a ballot from the comfort of home, Wilson warned there are a number of pitfalls voters can encounter that might cause them to lose their chance to be counted.

“The only other thing is that the ballots on absentee voting are different from in-person voting,” Wilson said. “People should just make sure that they carefully read the directions, because it’s very easy to fill it out incorrectly and then have your ballot thrown out by a challenger. That’s the only thing is read the directions carefully.”