Williams: I'm not tainted by Albany, vote for me 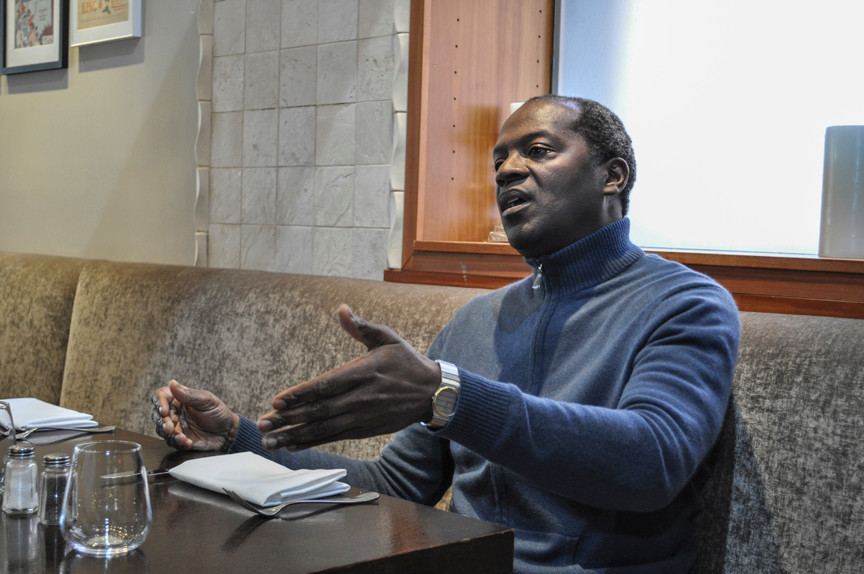 The leading contenders in the race for outgoing Congressman Charles Rangel’s seat have cited their tenures in Albany as among the main reasons voters in Upper Manhattan and part of the Bronx should support them.

“And to be quite honest, I would not be proud to be a legislator right now coming from Albany,” he continued, “considering the fact that [former State Senate Majority Leader Dean] Skelos has gone to jail, considering the fact that [former Assembly Speaker Sheldon Silver] has gone to jail, the fact that [U.S. attorney] Preet Bharara had to bring up the issue about lead paint in affordable housing and all these other things,” Mr. Williams added, in reference to reports that Mr. Bharara’s office has been investigating whether NYCHA authorities have misled the U.S. government about removing lead paint.

Mr. Williams has previously held high-level positions for the Democratic National Committee, former President Bill Clinton’s administration and the Clinton Foundation. The New York Times’ editorial board urged voters to support him in the 2012 Democratic primary, in which Mr. Rangel ultimately kept his seat, but Mr. Williams has struggled with endorsements among city politicians.

City Council Speaker Melissa Mark-Viverito and Bronx state Sen. Gustavo Rivera, among others, have endorsed Mr. Espaillat, while Mr. Rangel has repeatedly appeared alongside Mr. Wright in public, leading commentators to think the outgoing congressman will endorse the assemblyman. Mr. Williams, for his part, has racked up endorsements from several former congressmen and executive branch officials such as former Secretary of Health and Human Services (HHS) Kathleen Sibelius.

But the candidate, who said he has lived in Harlem since moving there to work for the Clinton Foundation in 2001, was dismissive of the city’s endorsement game — much beloved by politicians and political reporters — saying, “I don’t expect to get a lot of local endorsements because they all endorse each other.”

Other than attacks on the Albany and City Hall establishments, Mr. Williams is seeking to distinguish himself through an emphasis on policy. During the interview, he was quick to launch into lengthy explanations of his work at the Clinton foundation on projects like a program that gave small businesses in Harlem free consulting services from Booz Allen Hamilton.

Asked how he plans to stand out from the competition, which features about a half dozen total candidates, Mr. Williams replied, “First and foremost, I’m not them. Number two is, I actually know what I’m talking about.

“Number three, the job is to represent you in Washington and at the end of the day, because earmarks are gone, if you don’t know how to go into these government agencies, deal with the Office of Management and Budget, deal with the executive and other things, you will not be able to be successful in this job.”

The candidate acknowledged that getting things done in a Republican-controlled Congress makes passing laws difficult for a Democrat from Harlem. But he said he would find creative ways to be effective.

Those include directing federal money set aside for libraries toward childcare and using HHS funding to make the district a “nutrition zone” with anti-hunger and nutrition programs.

The 13th congressional district has included Kingsbridge, Kingsbridge Heights, Van Cortlandt Village, Bedford Park and Norwood in addition to Upper Manhattan since 2012. Mr. Rangel never lived up to repeated promises to open a district office on this side of the East Harlem River.

Mr. Williams said he would open an office somewhere in the Bronx, although he did not specify where. “I’m not Charlie Rangel,” he added. “If I make a commitment to do something, I plan on doing it.”

The last two Democratic primaries for Mr. Rangel’s seats took on racial overtones, with the incumbent at one point saying Mr. Espaillat was only running because redistricting brought in large numbers of Dominican voters, many of them from the Bronx.

Mr. Williams, who is African American, said he did not make any distinction between the Bronx and Manhattan parts of the district.

“I don’t have any desire to play regional politics, ethnic politics or racial politics,” he said. “I want to do… what’s in the best interest of everyone, whether it’s in the Bronx or it’s in Manhattan.”

Members of the Benjamin Franklin Reform Democratic Club, the northwest Bronx’s predominant political organization, are expected to vote on whom to endorse at a meeting later this month.