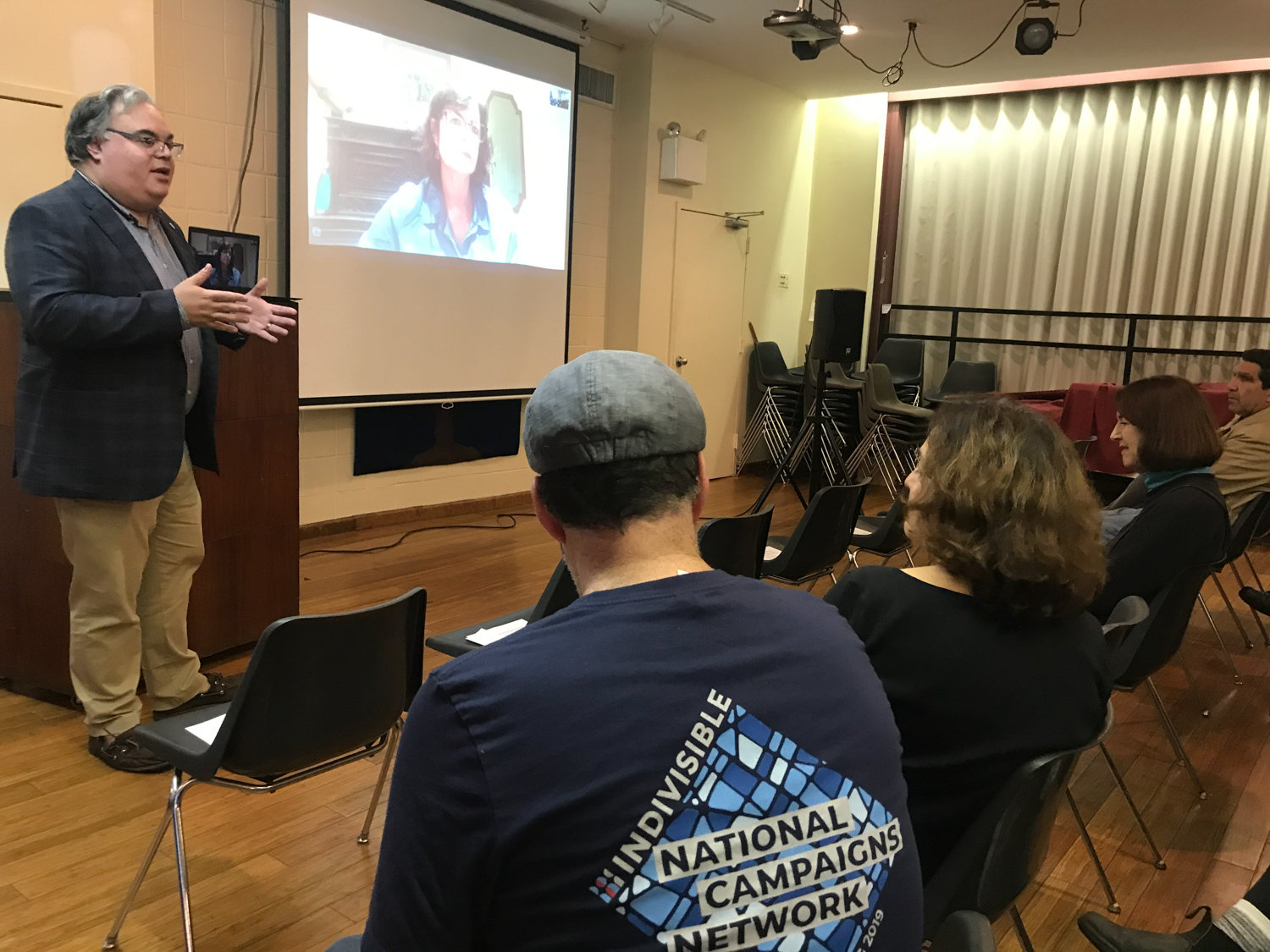 With Danielle Brian, executive director of the Project on Government.Oversight looking over his shoulder, U.S. Rep. Eliot Engel staff chief Bill.Weitz shares an inside look on what the impeachment of President Donald.Trump would look to a group gathered Sunday from Northwest Bronx Indivisible.
MICHAEL HINMAN 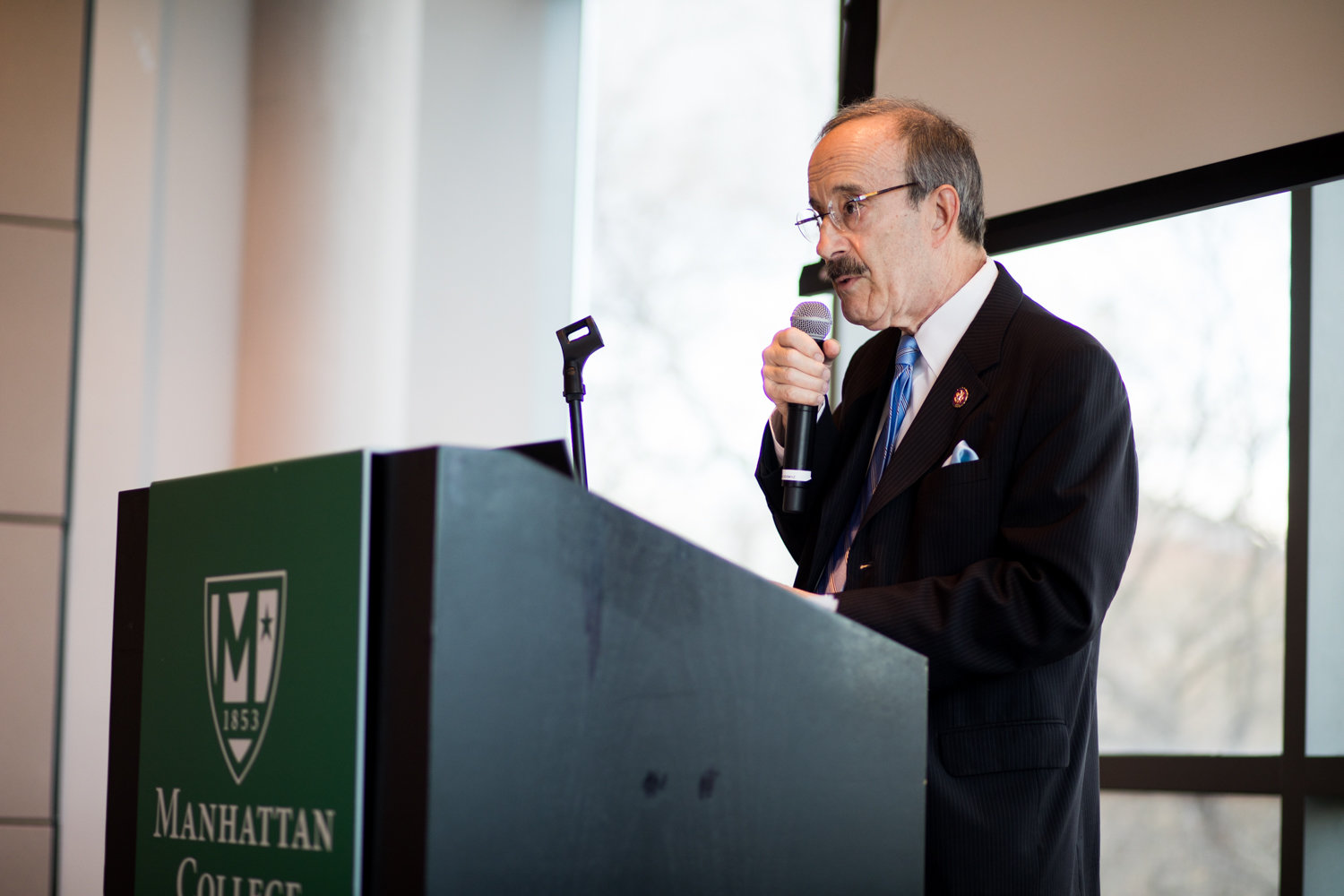 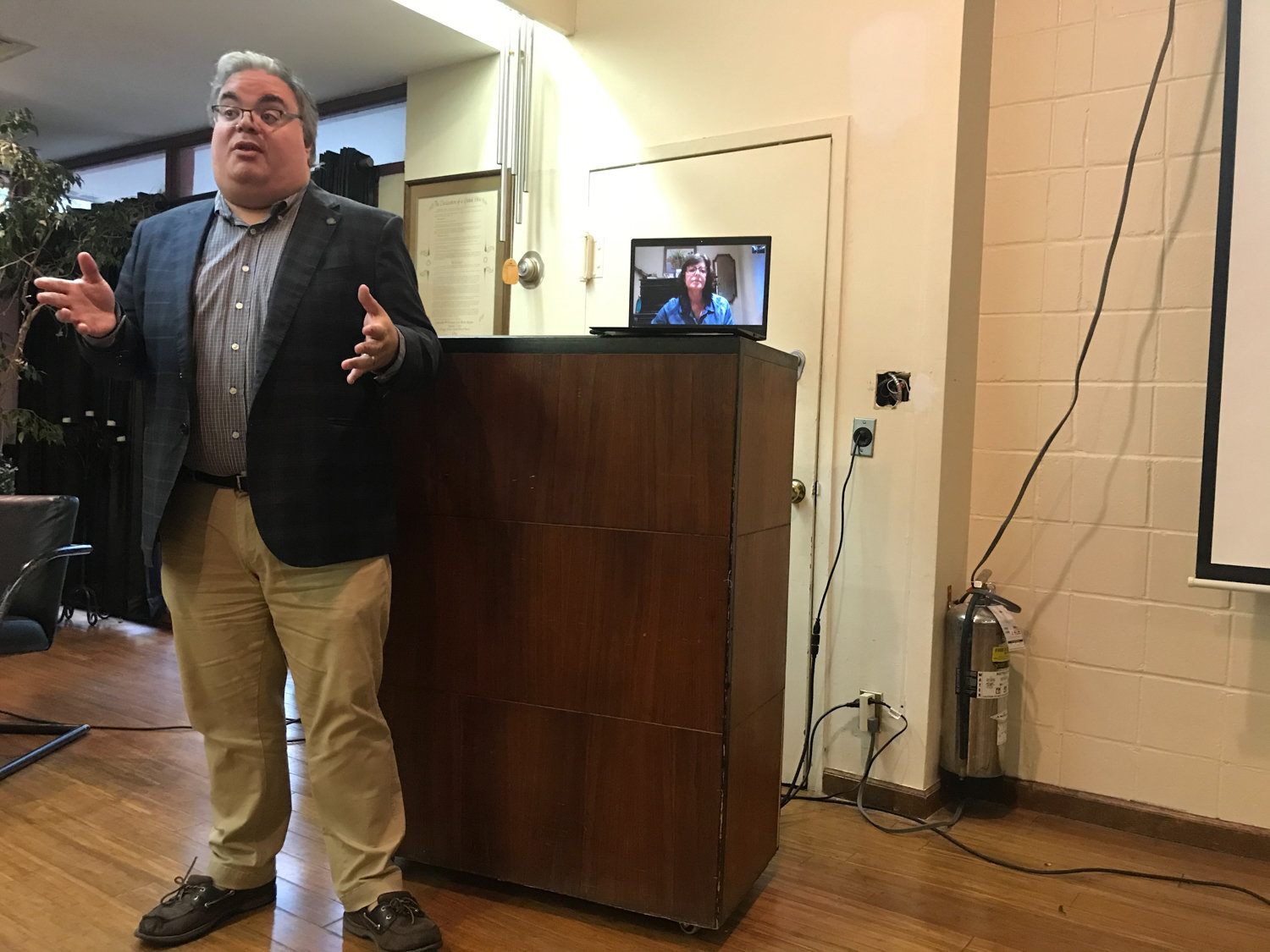 U.S. Rep. Eliot Engel expressed support for the impeachment inquiry in late July. His chief of staff Bill Weitz, seen here, spoke about the congressman’s support for it during an event on Oct. 20.
MICHAEL HINMAN 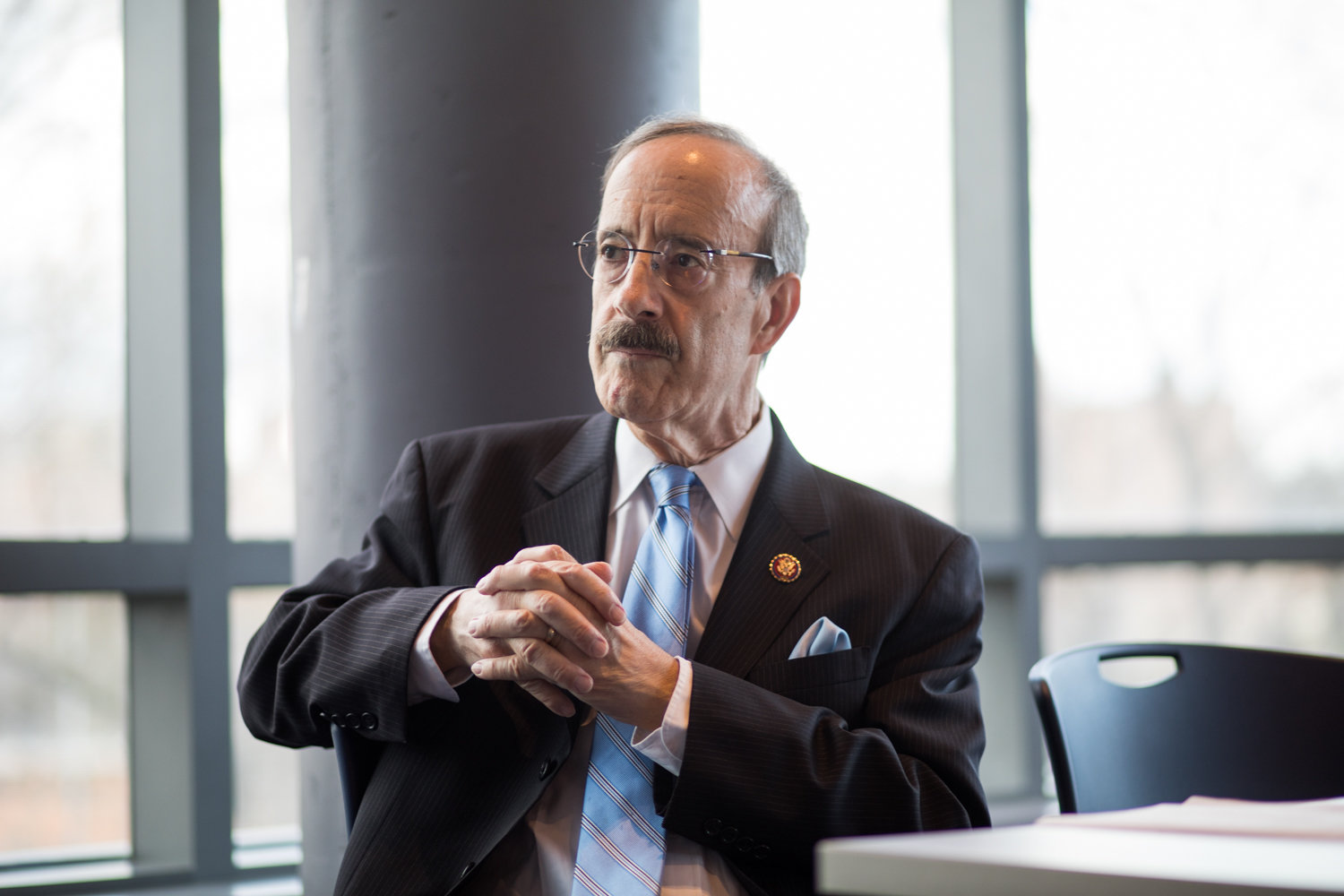 House Speaker Nancy Pelosi originally hoped a Donald Trump impeachment inquiry could be wrapped up just in time for families to sit down and enjoy their Thanksgiving dinner.

Bill Weitz, however, had a much different message on Sunday. Eliot Engel's chief of staff was joined by Project on Government Oversight executive director Danielle Brian to tell members of Northwest Bronx Indivisible that such an effort likely won’t be completed that quickly — or maybe even this year.

But the laws stemming from the Nixon Watergate scandal that allowed special counsels like Starr to investigate presidents no longer exist, Brian said. Because of that, the House has turned itself into a sort of grand jury, for the lack of a better term, interviewing a number of witnesses behind closed doors.

“The House has just got going on what took years in previous administrations,” Brian said. “The best way to compare them right now is like a grand jury, where they are collecting information, and then after that there will be a vote.”

“Anyone who is a member of these committees — Democrat or Republican — can attend these depositions,” Weitz said. “Republicans have been told about them. They have been notified about them. And they are well aware of them.”

Once the House formally moves for impeachment, assuming no floor rules change, both sides will have a chance to present their cases publicly, Weitz added. It’s expected Trump would also be represented through his attorneys.

Something that’s slowing down the hearings, however, is the White House position that it will not actively participate in the House proceedings unless its compelled to by a subpoena or a court.

The Trump administration maintains the current impeachment inquiry is unlawful because the House has yet to take a formal full-floor vote on impeachment.

Compelling different witnesses to testify has been difficult for Congress, even though there are laws in the books — not used since the 19th century — that would allow the representatives to jail anyone found in contempt of Congress.

In a more modern age, such a move is highly unlikely, Weitz said. But anyone not participating could help further build an obstruction of justice case against Trump and his administration.

It is still highly unlikely that a Republican-controlled Senate will vote to remove Trump from office, Weitz warned.

Yet, it’s still quite early in the game, and after Trump’s unpopular moves pulling troops out of Syria, as well as suggesting one of his Florida resort properties to host international dignitaries, there’s a chance more and more Republicans could be convinced to lean toward conviction.

“We have to be laser-focused on Ukraine,” Weitz said, referring to the now infamous phone call Trump conducted with Ukranian president Volodymyr Zelenskiy that Democrats and other critics believe was Trump soliciting foreign help to win a domestic election.

“The more we make a coherent argument to Republicans, the better off we are,” he added. “We’ve already seen a couple start to come out, but you will start to see more as these things become public, and as we start to hear what these committees are hearing.”

Engel has asked members of his House Foreign Affairs Committee to do one things, however, when talking to their counterparts overseas.

“Chairman Engel has told staff on the committee that when they are meeting with foreign dignitaries and foreign leaders to remind them what the emoluments clause says, which is a pretty strong action, saying, ‘By the way, you can’t buy stuff from Trump,’” Weitz said. “We are warning people across the world about that stuff.”

Engel spent last weekend in Jordan with Pelosi, before making a surprise visit to troops still serving in Afghanistan.