In Bronx show, home is where the art is 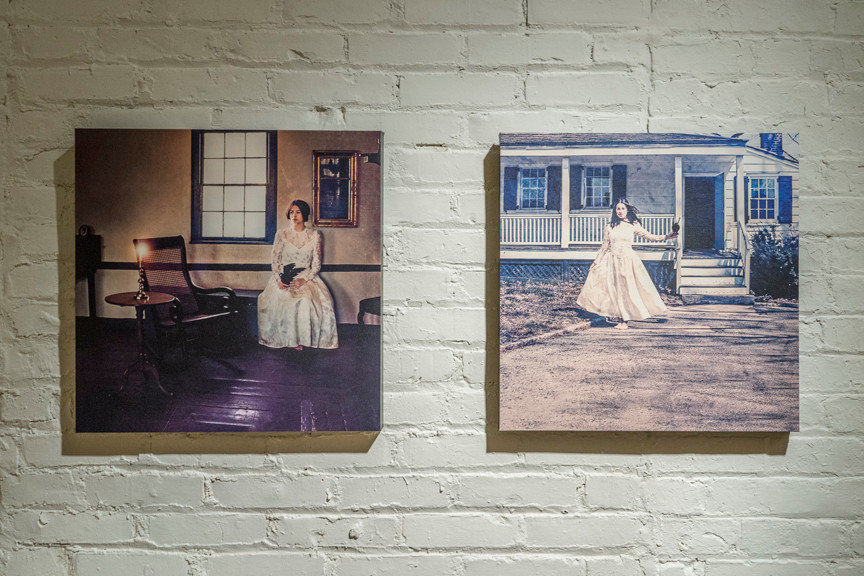 Sandra Ayala’s ‘Awaiting His Return’ and ‘Radiant Maiden’ in ‘The Bronx Speaks: Our Home’ at BronxArtSpace.
David ‘Dee’ Delgado 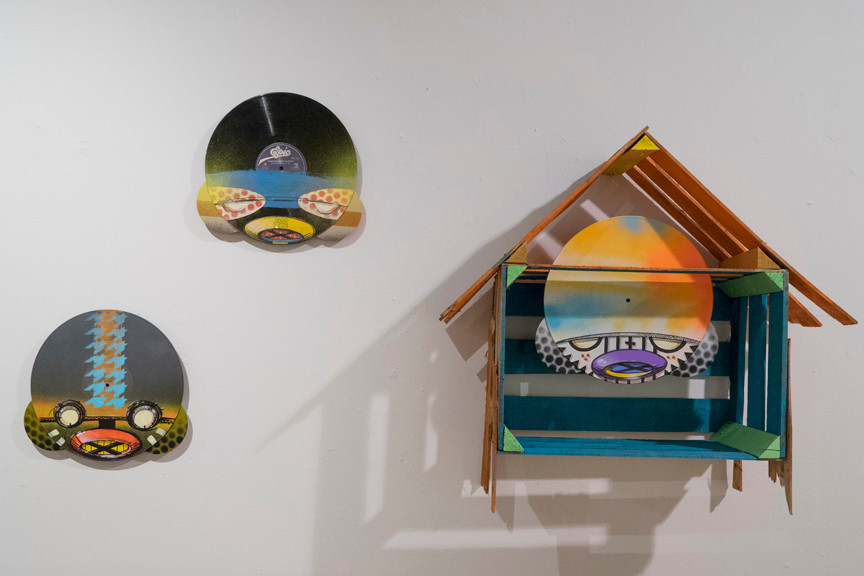 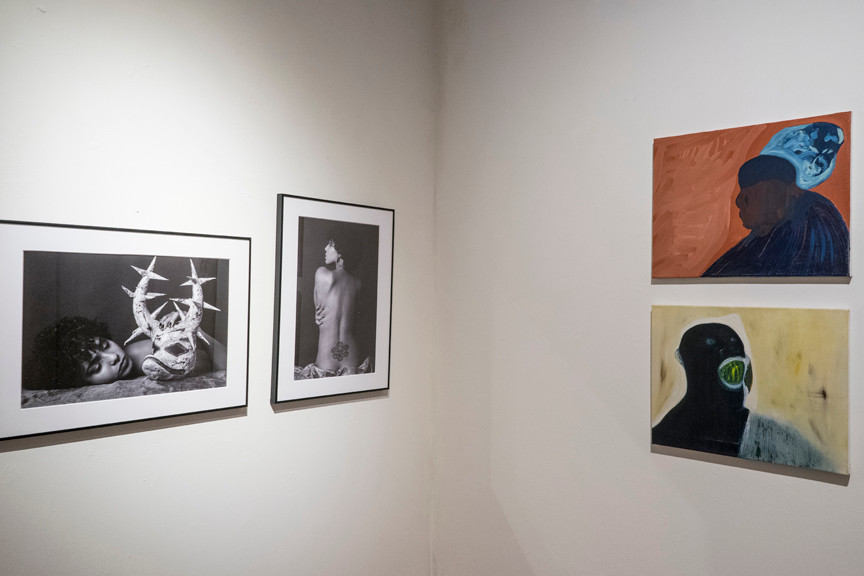 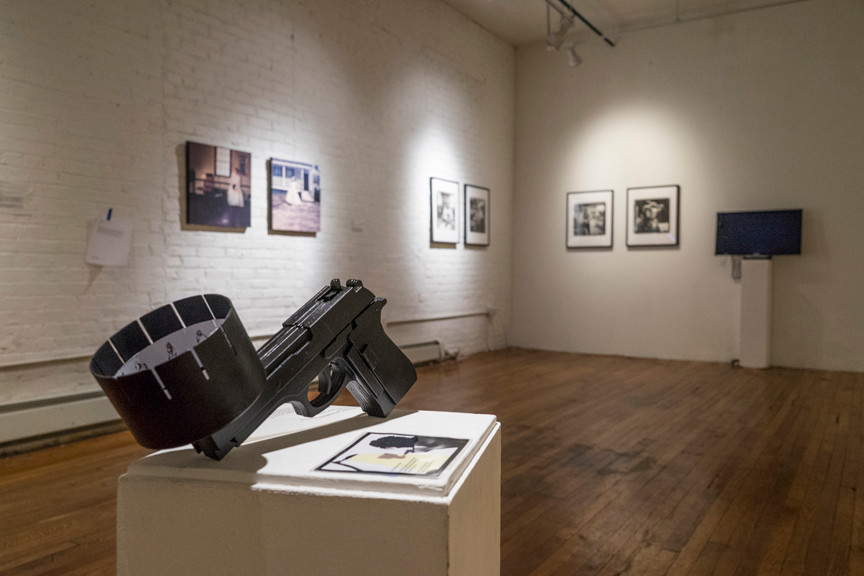 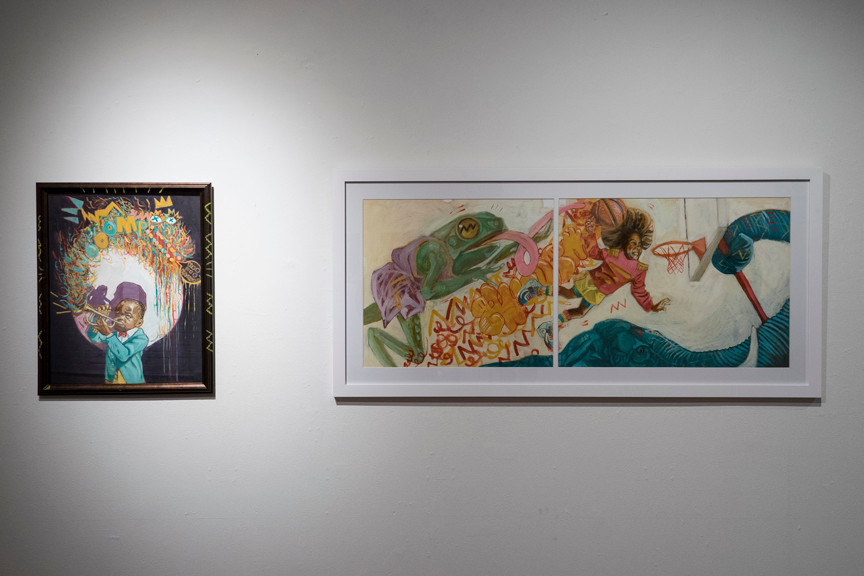 Charles Esperanza's 'Monstah in my Trumpet' and 'Slam Dunks' are exhibited at the BronxArtSpace for The Bronx Speaks: Our Home exhibit
David 'Dee' Delgado
Previous Next
By Will Speros

The Bronx Arts Alliance is responding to the tone of the times.

“I think this organization’s mission and one of the missions of BronxArtSpace is to maintain and sustain the multicultural nature of the Bronx at this time,” said Linda Cunningham, the director of BronxArtSpace, one of two venues for the new exhibit “The Bronx Speaks: Our Home.”

“Faced with rising rents and a lot of real estate development, we are really committed to multiple identities in this borough,” she added.

In addition to BronxArtSpace in Mott Haven, the Andrew Freedman Home at 1125 Grand Concourse will also showcase artwork from “Our Home,” which seeks to illuminate the many identities of the Bronx. Photographer Rhynna M. Santos, a member of the Bronx Photo League, said she was eager for the show to convey the spirit of the borough in a positive way.

“There isn’t that level of respect or understanding. Everybody deserves respect and deserves a voice. I think that is a very beautiful message, that there is a point, people are here with a particular point of view,” Ms. Santos said. “People of color rarely, if ever, get an opportunity to re-find themselves.”

Ms. Santos’ work was featured in the Bronx Documentary Center’s Jerome Avenue Workers Project last year, which is also on display at BronxArtSpace.

Though deeply personal, the artwork by painter Osaretin Ugiagbe reflects the humanizing trials and tribulations experienced by Bronx residents.

Curated by Sarah Corona for the third consecutive year in the “Bronx Speaks” series, “Our Home” responds to the many fears surrounding displacement and gentrification in the face of possible rezoning.

“The exhibition itself wants to speak to people who are not from the Bronx who do not know that there are many, many artists, poets and creative minds living in the Bronx,” she said.

In addition to amplifying Bronxites’ voices, the show also explores the many definitions of home.

“It can be a feeling of belonging to a person or a place where you find yourself being yourself,” Ms. Corona explained. “I was looking for strong artworks that would speak in a way toward the viewer and I was looking to have as much variety as possible.”

Ms. Corona said she hopes the show’s variety can shed light on the “richness and vibrancy of the Bronx,” and can ignite further dialogue in the social conversations taking place in the borough.

“It’s a stunning variety of art, very engaging” Ms. Cunningham said of the show. “We love our cultural heritage and we want to see it represented and maintained and to give it a voice.”

“The Bronx Speaks: Our Home” runs through Saturday, March 26 at the Andrew Freedman Home, located at 1125 Grand Concourse, and BronxArtSpace, at 305 E. 140th St.