In new role, Manning is ready to 'uncomplicate' CB 8 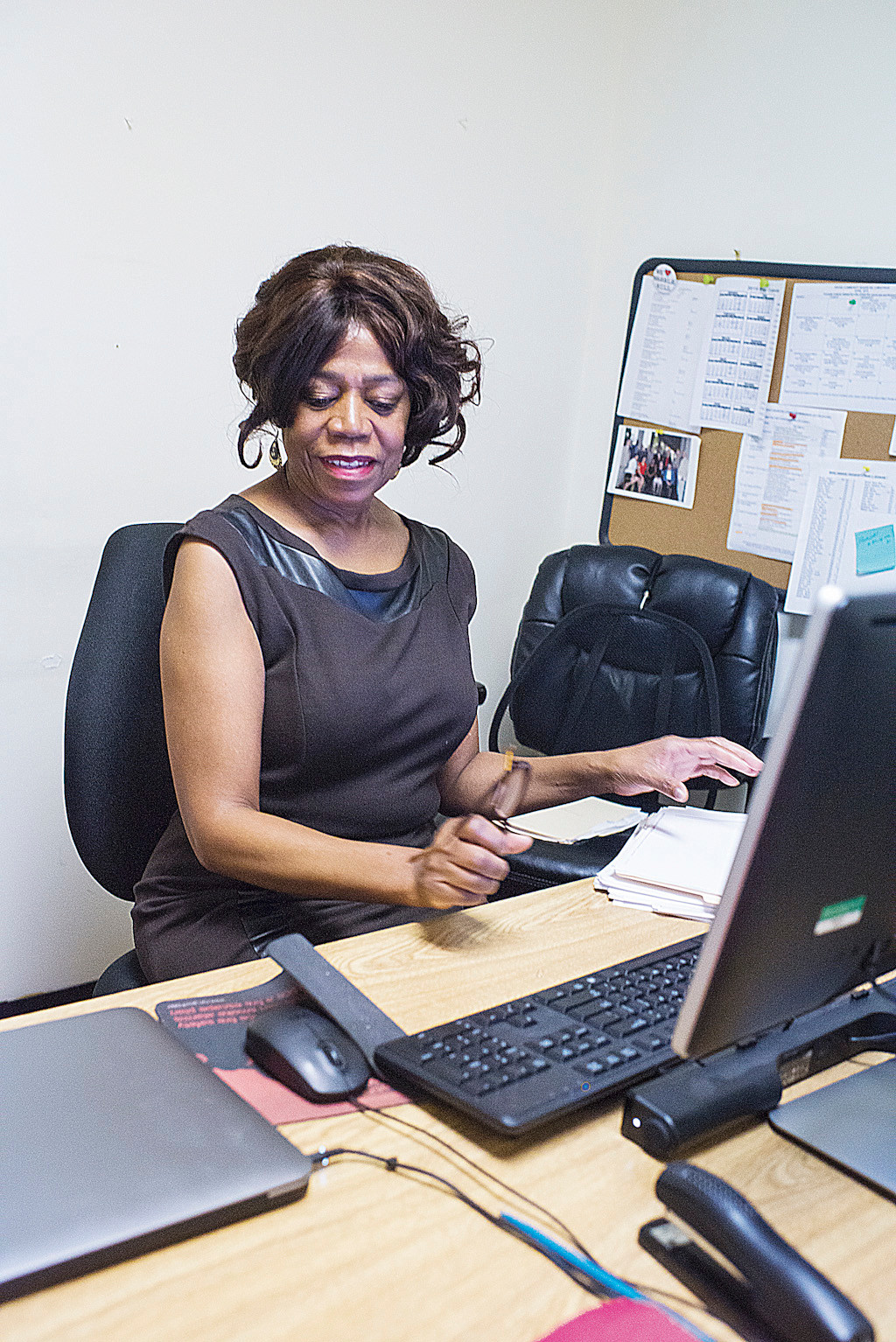 Photo by Adrian Fussell -- Patricia Manning, the new district manage of Community Board 8, at work in her office in North Riverdale on May 13.
By Shant Shahrigian

The district manager of a community board wears many hats. He or she fields complaints from residents on issues like sinkholes and uncut grass on city property. Managers liaise with government agencies and elected officials. There are also tasks like taking minutes at monthly meetings.

Ms. Manning officially starts the position on Monday, June 22. She has already served at the board for 30 years, most recently as a senior associate.

CB 8’s board voted to make her district manager on May 12. The decision culminated a months-long search that drew 113 resumes after longtime District Manager Nicole Stent stepped down near the start of the year.

CB 8 Chairman Dan Padernacht did not immediately answer interview requests. But a press release from the board quoted him as saying, “Ms. Manning is a hardworking individual who is committed to our community. Our Board has made a great selection in Ms. Manning as our new District Manager.”

Ms. Manning said her motivation on the job is love of the Bronx, where she has lived for 50 years.

“I travel a lot… to foreign countries,” she said. “I have never found a place that’s remotely like the Bronx. The Bronx is a very unique borough… We have all of the things that the city has, and more.”

Ms. Manning grew up in Washington Heights and currently lives in the Wakefield neighborhood of the Bronx. She described her background as African American, noting she had a grandmother who was Cherokee.

Asked about perennial criticism that CB 8 — whose borders run from Marble Hill to Yonkers and the Hudson River to Jerome Park Reservoir — gives preferential treatment to Riverdale, Ms. Manning rejected the notion.

She pointed to Mr. Padernacht and other board members’ efforts to locate meetings all over the board area, with the aim of making CB 8’s activities open to everyone in the northwest Bronx.