In today's classroom, history could have happened yesterday 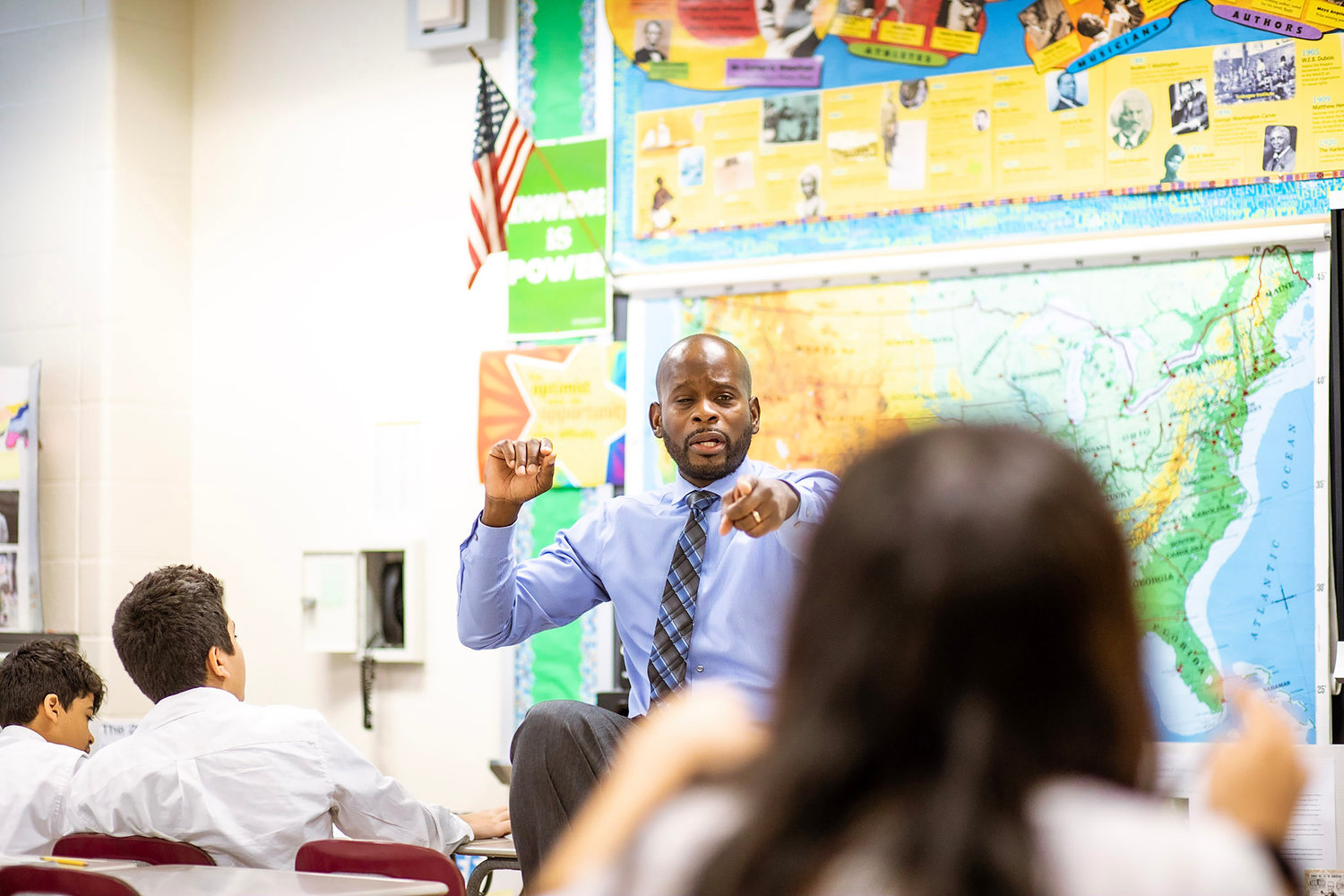 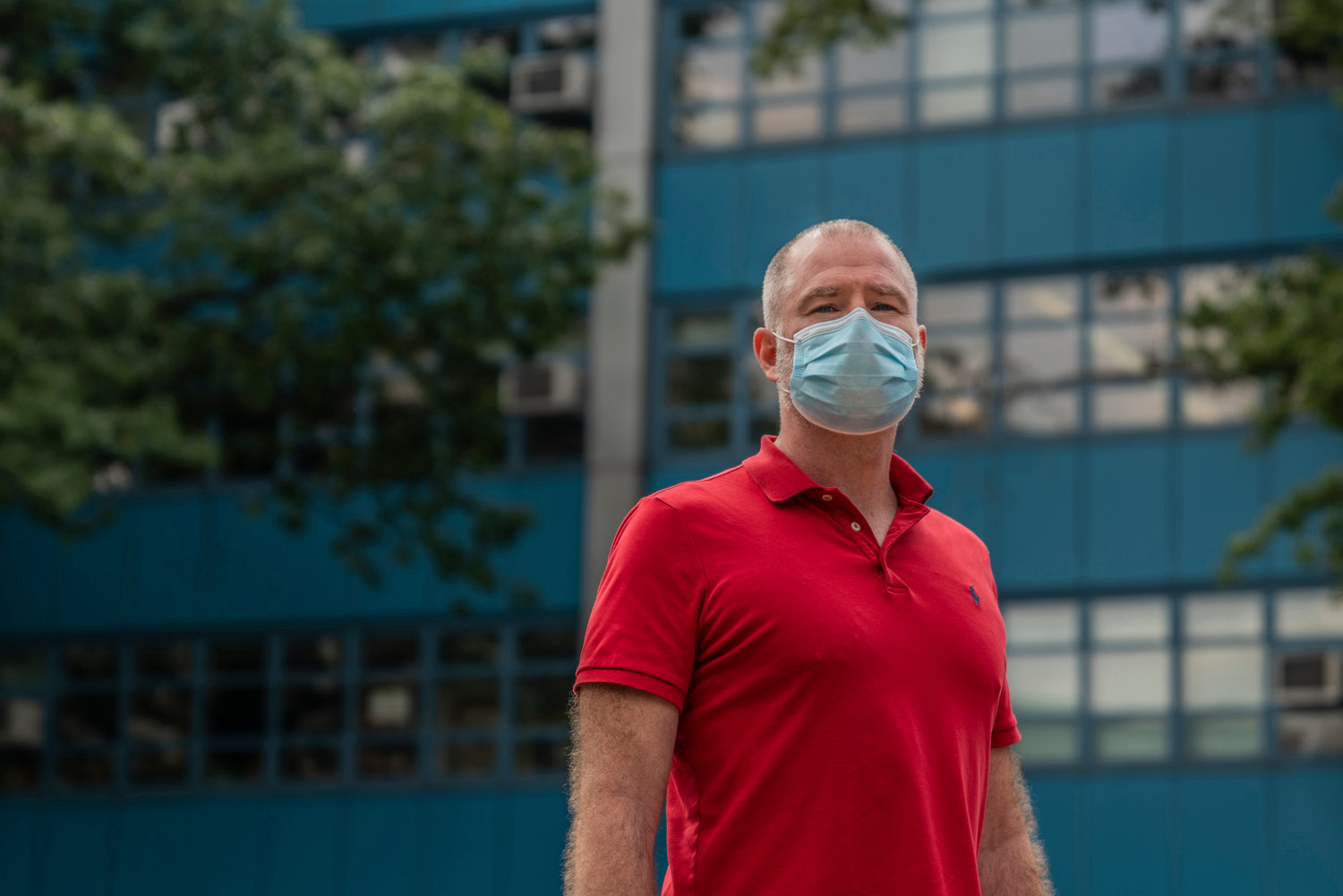 Michael Flanagan, a social studies teacher at Riverdale/Kingsbridge Academy, was one of countless teachers discussing the Jan. 6 riots at the Capitol with his students. Many brought up white privilege and how that extended to how police treated these rioters compared to protests like Black lives matter.
HIRAM ALEJANDRO DURÁN / File
Previous Next

‘Can they assemble? Yes, based on the First Amendment. Can they protest? We’ve given more clarity for the students, but it went very well.’”
Michael Simmon, IN-Tech Academy history teacher
By ROSE BRENNAN

With the unprecedented events of the past year — including a deadly pandemic and a turbulent presidential election — living through history doesn’t seem to be too uncommon anymore. But few, if any, might have foreseen they’d live through something that hadn’t happened since the War of 1812.

And yet, more pages were added to the history books after a mob of then-President Donald Trump’s supporters stormed Capitol Hill in Washington on Jan. 6 while Congress was attempting to certify President-elect Joe Biden’s Electoral College victory. The ensuing lockdown inside the Capitol building lasted for hours. When the smoke cleared, five people were dead, including a Capitol Police officer Brian Sicknick.

And if that wasn’t enough, exactly one week later, the U.S. House of Representatives reconvened at the scene of the alleged crime, impeaching Trump on the charge of inciting an insurrection. They were ultimately successful, making Trump the only president in history to have been impeached twice.

After a truly chaotic turn of events, it’s likely some students were struggling to make sense of it all. That prompted teachers across the city to bring what’s happening out there inside their classrooms to help students understand what was going on, process the difficult emotions surrounding it, and hopefully hear accurate information about what it all meant.

New York City schools chancellor Richard Carranza recognized the need to do just that almost immediately, encouraging teachers to do what many already decided to do: Discuss what happened on Capitol Hill.

“My heart breaks to know that our young people have witnessed this violent assault on people, property, the rule of law, and on our democracy itself — met by a response that illustrates our nation’s troubled past and present,” Carranza wrote to teachers Jan. 6.

“Today, tomorrow and beyond, you will have the opportunity — and responsibility — to acknowledge and discuss these events. Staff and students will be looking to you for reassurance, guidance and leadership.”

While no one is ever likely prepared for a violent insurrection inside the heart of the American government, those events came at a rather opportunistic time for Michael Simmon.

The eighth-grade U.S. history teacher at IN-Tech Academy was just starting to draft his midterm exam, which began with the post-Civil War Reconstruction era. Amazingly, those events from 150 years ago ended up having some striking similarities to what happened Jan. 6.

As such, Simmon was able to bring current events into class generally focused on history while also helping prepare his students for their midterms.

“Southerners lost the Civil War, now losing their enslaved Africans, and now looking at their property being equal to them … that started an insurrection,” Simmon said. “That started the Black codes, and segregation, and separate-but-equal, and the birth of the KKK. I told the students, ‘Can we compare and contrast that to what’s going on today?’

“So they’re talking about Proud Boys and extremists … and systematic oppression and systemic racism.”

At IN-Tech, however, the discussion expanded beyond Simmon’s classroom. School principal Stephen Seltzer created a much larger forum for students to share their thoughts through an assembly. There, Seltzer brought in guidance counselors and social workers to help students work through complicated feelings about what they saw at the Capitol. Further, they enlisted the help of Simmon and his history department colleagues to field questions from students about what happened there.

“We didn’t give our opinion, weren’t showing any bias, but just (gave) clarity about it,” Simmon said. “Can they assemble? Yes, based on the First Amendment. Can they protest? We’ve given more clarity for the students, but it went very well.”

Michael Flanagan, a social studies teacher at Riverdale/Kingsbridge Academy, took more of a visual approach to his class discussion. He showed his students video and photographs from the Capitol, asking them how they felt about it.

“We focused on how the police treated the white protesters compared to how the Black protesters are treated,” Flanagan said. “We also focused on Trump guiding and leading the insurrection, (and) how a Confederate flag was running through the Capitol. They were angry and disgusted, but also know that this is how white privilege in America works.”

The unequal treatment of the protesters was something brought up in many classrooms. Many recalled the peaceful protests over the police killing of George Floyd last summer, notably when protesters at Lafayette Square — now named Black Lives Matter Plaza — were teargassed.

But then on Jan. 6, students could only watch as rioters were helped down the stairs by police officers. And many of them theorized this had a lot to do with the color of their skin.

A double-standard by law enforcement?

Many students in Christine Montera’s history classes at East Bronx Academy for the Future are not white. How they reacted to the events that transpired on their television screens were eye-opening for her.

“The thing that really stuck out was the comparison they started to make about the police response to these people,” Montera said. “They were asking how they got into the building. And the comment that came up in every single class — as one of the first comments — was ‘What if they were Black?’”

While teachers within the city’s education department were encouraged to discuss the Trump insurrection in their classes, that wasn’t the case in other parts of the country. Many teachers were told not to mention what happened, according to media reports, and to simply go on with that day’s planned lesson.

But Simmon thinks current events — especially one like this — should be brought up in class. Not only is it important for students to see and understand what is happening in their country, but when they discuss it in class, teachers can fight against any misinformation those students might get — whether from other adults, or on the internet.

When that discussion doesn’t happen, Simmon believes it can actually do a disservice.