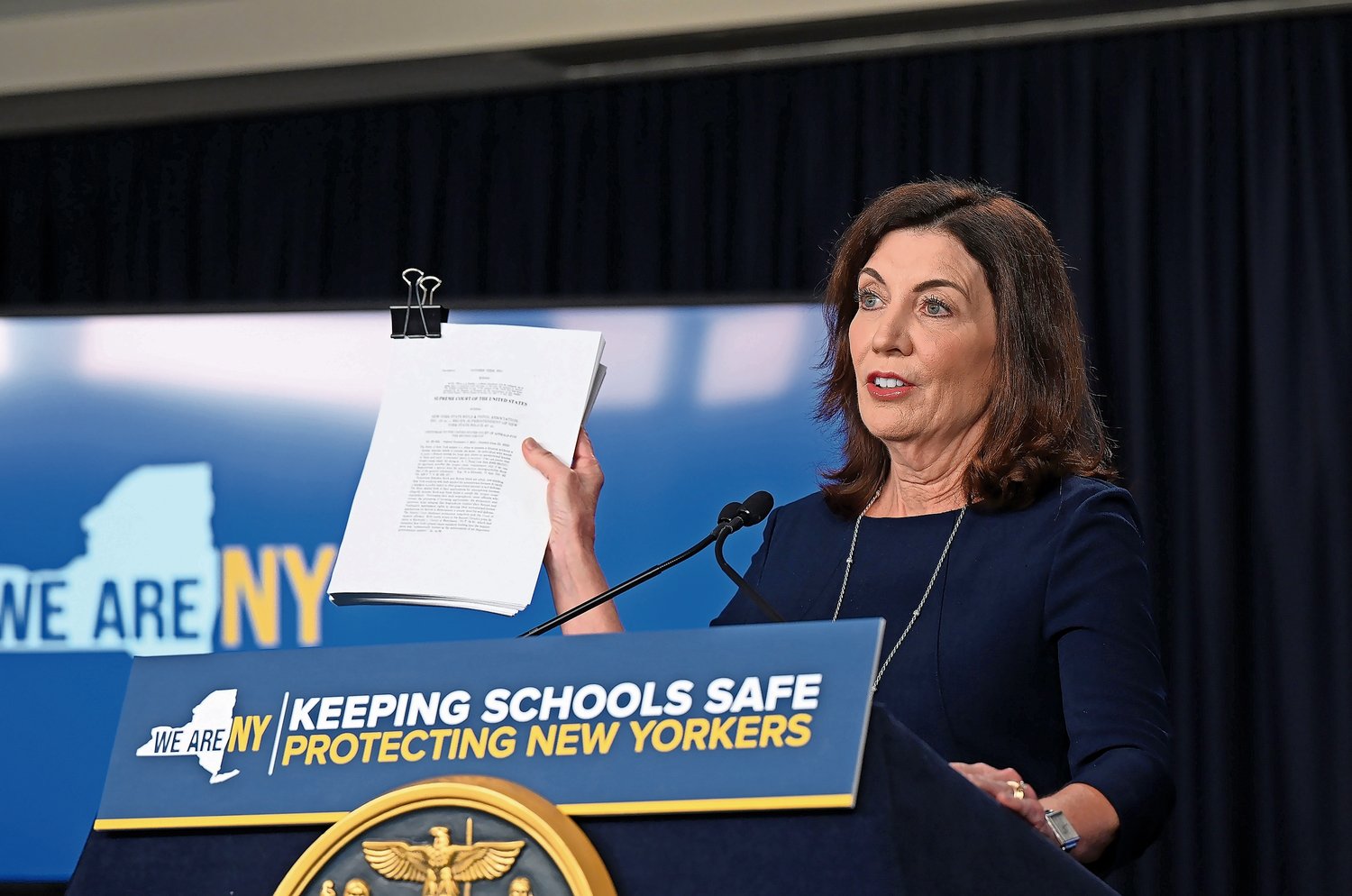 Ink Property Group will pay up to $1.75 million for illegally buying out rent-stabilized tenants, deregulating their units, and lying to lenders to finance dozens of additions to their portfolio, New York Attorney General Leticia James announced this week.

The settlement also secures $400,000 for tenants who endured harassment and ultimately fled the premises as Ink transformed their homes into hazardous construction sites, then charged market-rate rent to new tenants.

Ink Property Group and its three principals—Eden Ashourzadeh, Alex Kahen, and Robert Kaydanian—bought 32 multifamily buildings over five years, focusing on low-income communities in north Brooklyn, the attorney general charges. The developers then launched an aggressive campaign to remove the rent-stabilized tenants and capitalize on illegally deregulated units. Ink’s business practices included a commission for employees of up to $5,000 each tenant they succeeded in buying out.

James’ announcement of the settlement comes six years after she named Ink executive Robert Kaydanian to the city’s Worst Landlords List as Public Advocate in 2016.

“As New Yorkers faced soaring rents and struggled to find affordable housing, Ink tried to get rich quick by preying on vulnerable tenants and their families,” James said. “Lying and cutting corners to evade rent stabilization is one of the oldest tricks of the trade, but Ink’s years of exploiting our hardworking neighbors without consequences end here. These tenants organized and fought back, and because of their efforts, they will be compensated for the suffering they’ve survived. My office will continue to fight for tenants and to preserve affordable housing by ensuring bad actors like Ink are held accountable.”

To secure new loans and refinance their mortgages, Ink’s executives submitted false rent rolls to financial institutions that inflated their future profitability with such tricks as fake leases and bloated rents. The four-year investigation by the attorney general and New York state’s affordable housing agency found company officers often listed family members, friends, and associates as “renters” and committed other fraudulent acts for their own gain in violation of state and city rent stabilization laws and housing code.

Ink’s buildings averaged more than 1,000 open housing violations, investigators said, including 115 of the most serious violations that include immediate hazards such as lead paint and broken window guards.

As part of the deal, Ink will restore at least 28 apartments to rent-regulated status and will agree to oversight by an independent monitor. The company will compensate tenants who were previously overcharged for these units. Those award amounts are yet to be determined and will be disbursed by the monitor. A new property manager will take over operation of 15 buildings that remain in Ink’s portfolio.

The legislation will support first-time homebuyers as well, its sponsors say, but its focus is homeowners over the age of 60 and those hit hardest by inflation, rising costs, and other drivers a nationwide housing affordability crisis.

“Always great to be back in Yonkers,” Hochul told a warm crowd at the Dayspring Community Center.

The legislation will allow local governments to raise that minimum to $50,000. A second bill extends the option for local governments to provide a property tax exemption for first-time homebuyers purchasing newly constructed homes through 2028. It was previously set to expire at the end of this year.

The third and final bill is aimed at enhancing an existing program that provides financial resources to low and middle incomes seniors so they can make repairs in their homes. The group will now have more lenient deadlines and will support projects with a maximum allowable cost of $20,000.

“These bills help people put down their roots, feel stable, feel protected because we know that this is such an important thing we can offer our citizens, give them the ability to be have a good life when they’re older, but also give them an opportunity when they’re younger to start on that path toward homeownership,” Hochul said.

The following real estate transactions were recorded in city property records in July: