Irish sporting arena to get a second life 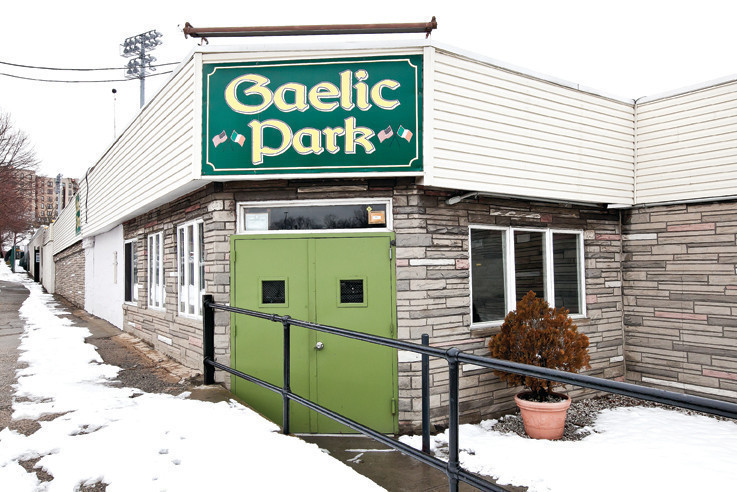 Gealic Park is getting a $3.2 million makeover.

Just in time for Irish football season, the MTA has approved the Gaelic Athletic Association of Greater New York’s plan to knock down the existing building at Gaelic Park and construct a banquet hall and bar.

Gaelic Park Restaurant and Catering LLC — a new group formed by the athletic association and restaurateurs Paul and Gieto Nicaj — plans to demolish the dilapidated building at the southern end of Gaelic Park to build a new facility that will finally make a permanent home for the New York GAA.

The MTA, which leases the field to Manhattan College and the building next door to the New York GAA, put out an RFP for a 10-year lease that included a requirement to repair the old building or demolish it to make way for a new one. Gaelic Park Restaurant and Catering LLC was the sole applicant. The MTA approved the 10-year lease at its board meeting on March 13.

Though the crowds are thinner than decades past, Gaelic Park is still the Mecca of Irish sport in New York. The field has welcomed generations of Irish football players and hurlers since the stadium was constructed in 1928.

The banquet hall at the southern end of the field has been an event destination for Irish immigrants and Irish-Americans alike.

Political rallies, weddings, meetings and dances have all been hosted in the hall. Back in the day, it was known as one of the best places for an Irish immigrant to find a job.

Rumors had circulated that the existing facility was on the brink of shuttering entirely. It continues to host small events, but it’s not the home that the New York GAA has always wanted.

With backing from its Ireland-based parent organization, the Gaelic Athletic Association, members of the New York GAA (which formed a group called Randall’s Island Gaelic Sport) tried to work out a deal a decade ago to build an Irish-American cultural center and stadium for Irish games on Randall’s Island.

In 2006, Ireland’s GAA, which had planned to invest $2 million, backed out of the project because the RIGS group and the city could not hammer out a deal.

A cultural center for generations
Page 1 / 2