It’s Riverdale, not River City, but Junior Rising Stars have the music, man 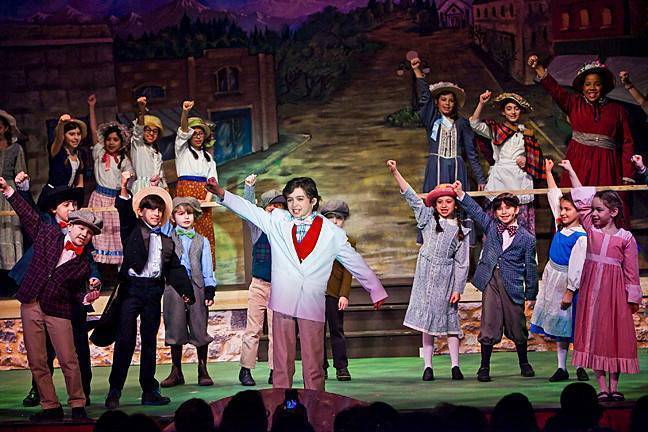 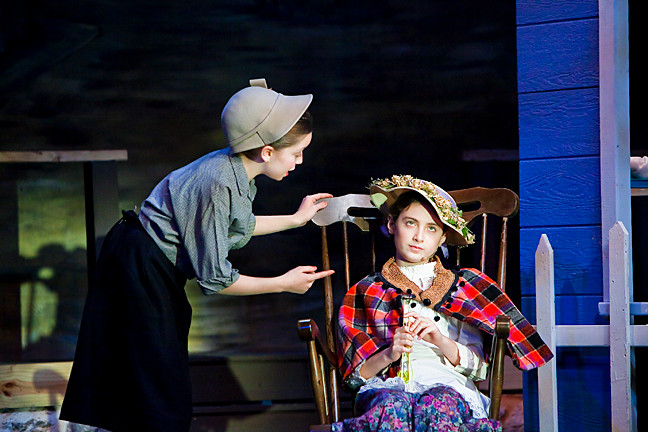 Harold Hill and his band have marched their 76 trombones from River City to Riverdale.

The Riverdale Junior Rising Stars donned 1912 fashions in their recent production of The Music Man Jr. at the Riverdale YM/YWHA, singing such classics as “Seventy-Six Trombones,” and “Ya Got Trouble,” under the direction of Julian Rozzell Jr. and musical director Justin Fischer.

The Music Man Jr. is an abridged version of the Tony Award-winning musical written by Iowa-born composer and playwright Robert Meredith Wilson.

Fifth-grade student Thomas Grant performed the title role of Professor Harold Hill, a con man who travels from town-to-town selling band instruments and uniforms to the locals, promising to teach their children to play in a band before skipping town once he has fleeced them.

But when Professor Hill falls in love with River City librarian Marian Paroo, played by Leila Haller, he finds it difficult to carry out his scheme.

The cast, comprised of 31 students between the ages of 7 and 11, practiced every Sunday for 10 weeks leading up to the show.

Thomas, age 11, said preparation for the lead role was intense, but he enjoyed becoming a temporary citizen of River City, Iowa. “It was sort of a big character — I got to do a lot of big movements and actions,” he said.

Dressed in a white suit and pink bowtie with his signature baton, Thomas made a funny and charismatic Hill. He won the heart of Leila’s prim and proper Marian as he taught her younger brother Winthrop, played by an endearing Avery Haller, to overcome his shyness by learning to play the cornet, a trumpet-like instrument.

Some of the show’s most comedic moments came from the conflict between Professor Hill and River City’s Mayor Shinn, who rightfully doubts the professor’s credentials. As the Mayor, played by Jacob Schorsch, swept around the stage in a long tuxedo coat, his infectious energy radiated throughout the rest of the cast.