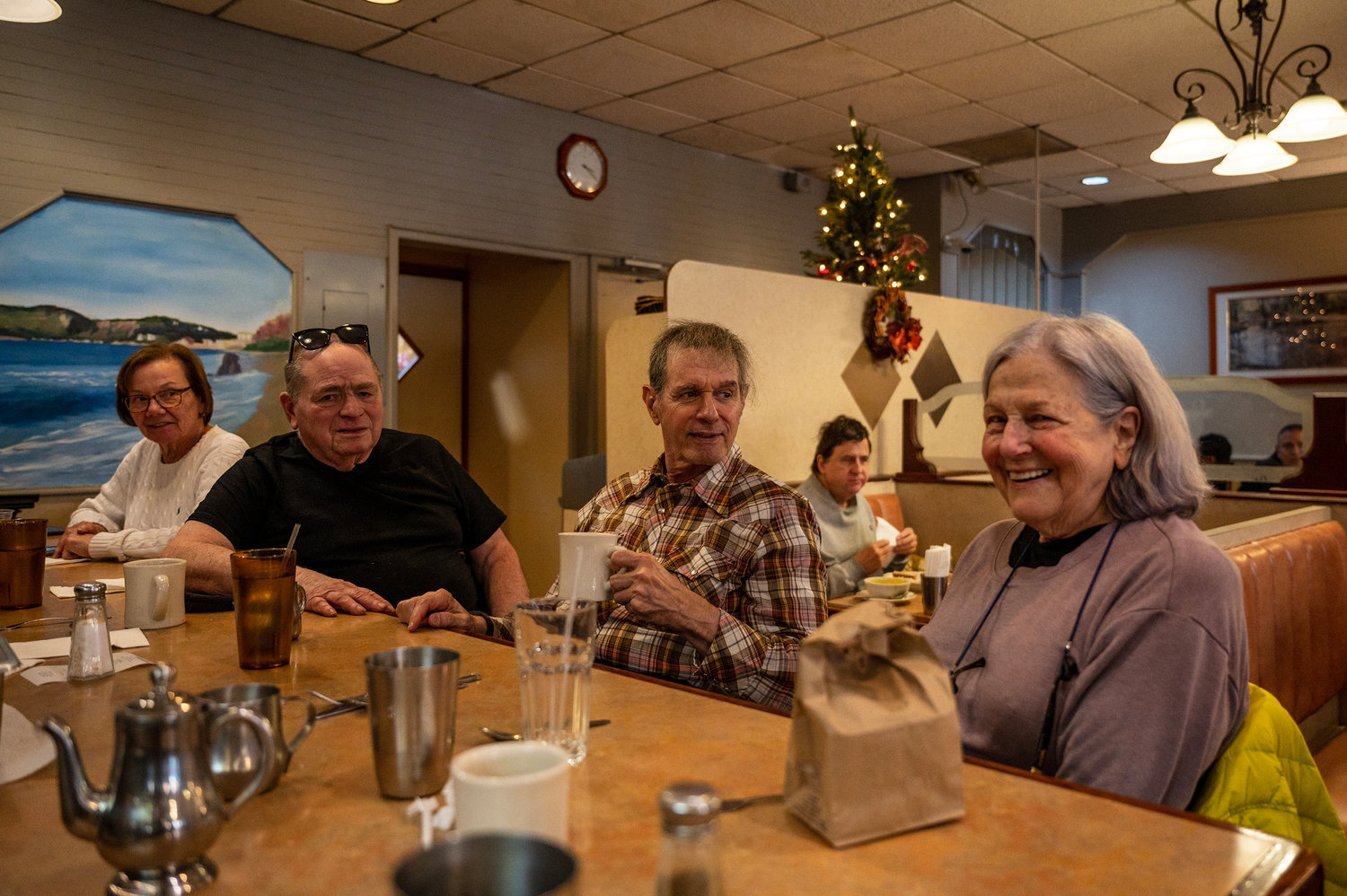 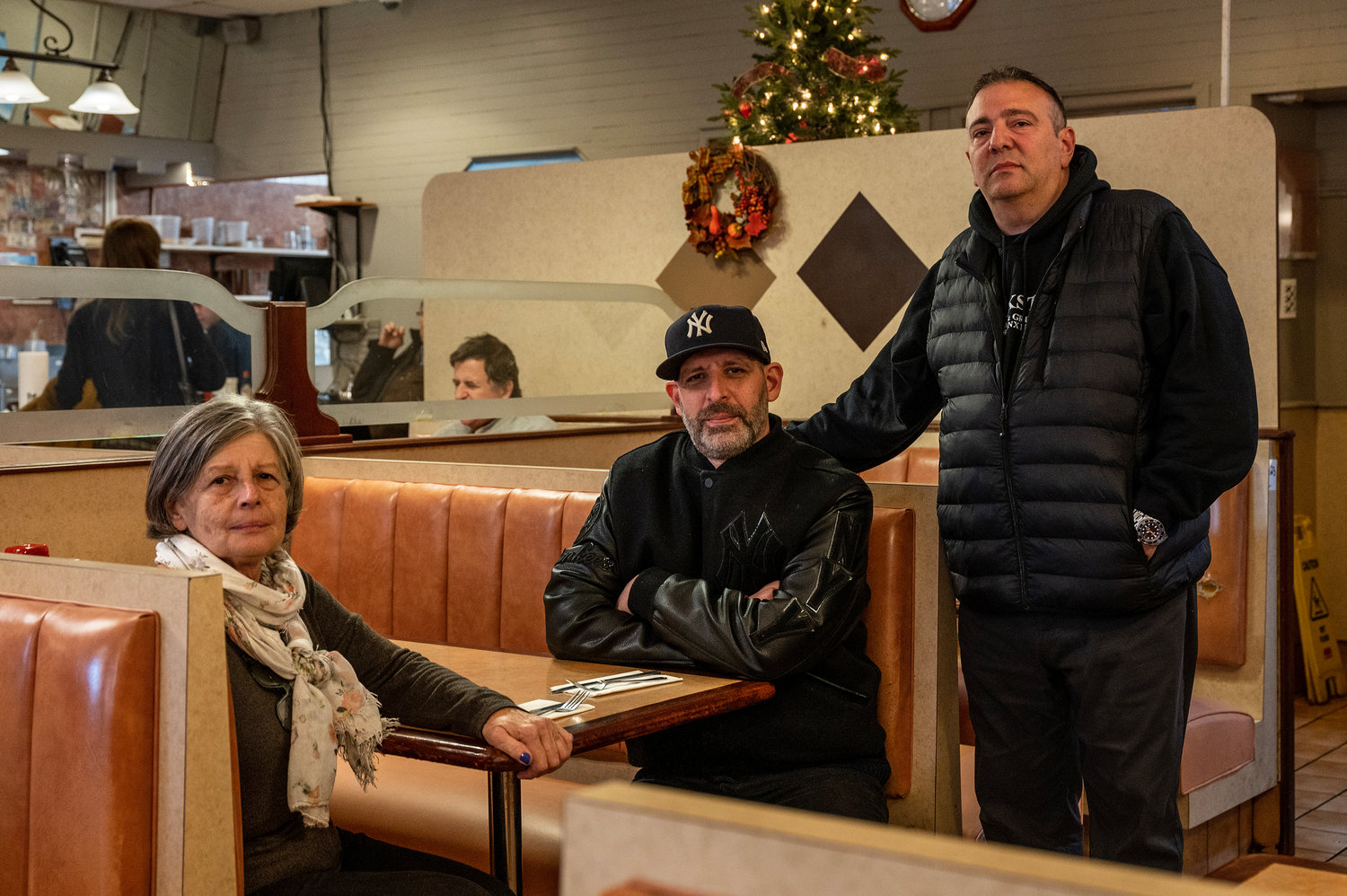 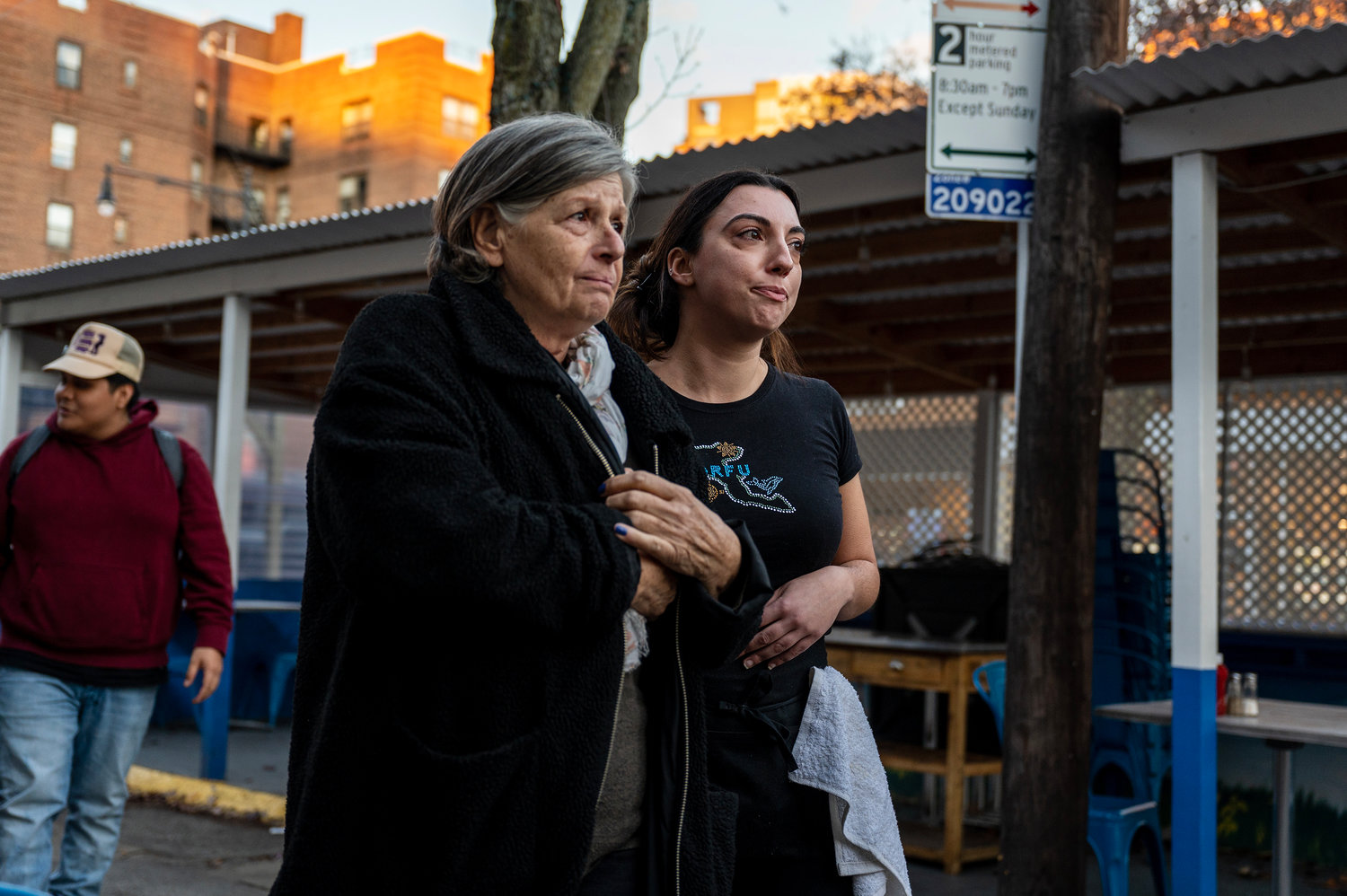 Blue Bay Restaurant served their last $12.50 burger deluxe Monday before the curtain dropped on a half century of Riverdale dining at 3533 Johnson Ave. — a neighborhood hub since 1975 when a bacon and egg special with coffee and juice cost just 68 cents.

Brothers Alex and Chris Katechis and their brother-in-law Tommy Catechis steered Blue Bay through the decades and raised their families in its friendly din. The retro classic diner draws comparisons to the fictional sets of “Cheers” or “Seinfeld’s” Monk’s Café.

Founding owner Alex Katechis, still at the helm, along with his son, Spiro Katechis, and nephew, Steve Catechis quietly announced the closure last week after negotiations fell through with Friedland Properties, which planned to increase the rent and require Blue Bay to settle a mounting debt of rental arrears accumulated during the COVID-19 pandemic.

Passersby on Johnson Avenue stopped in their tracks over the weekend to take in the message posted in the restaurant’s window: “It is with great sadness we announce the closing of Blue Bay Restaurant,” it began. “We are permanently closing our doors On Tuesday, Nov. 29.”

The news spread quickly. On Monday, Blue Bay was swarmed with customers, who shared a comfortable rapport and seemed to know the names of one another’s children and grandchildren.

“I saw the sign Friday or Saturday,” said Shelley Bender, who perched herself at Blue Bay’s counter, still a little shell-shocked from the news.

“This is home away from home,” she said. “Now we’re all saying goodbye, and we feel horrible.”

Bender moved to Riverdale in 1954 and has been eating at Blue Bay since it opened, she said. Her kids once shared countless family dinners packed around the diner’s peach-colored Formica tables. So right away, she called her daughter, who now lives on Long Island, to tell her: “I said this is it — we can’t eat at Blue Bay anymore.

“The pandemic really hurt them,” she said with a sigh.

Blue Bay came close to shutting its doors about 10 years ago when its lease last came up for renewal. Friedland was then asking for 5 percent annual rent hikes, which would have quickly pushed the business out.

But Riverdale rallied around the diner’s cause and a compromise with Friedland ultimately prevailed in 2011. Attorney Bob Rubinstein represented Blue Bay in the negotiations for another 10-year lease lasting until 2021 with 3 percent annual increases — a 25 percent overall cost reduction from the landlord’s first offer.

Since that lease ended last year, Blue Bay has been renting month-to-month.

The city’s restaurants meanwhile are still sputtering back to life. Blue Bay’s staff is still only half the size it was in 2019. It owes months of back rent from the days of the citywide lockdown.

Friedland Properties has asked Blue Bay for $13,500 to continue renting the space, plus $2,500 monthly installments towards the restaurant’s past balance, Steve Catechis said.

“Can you imagine paying this selling bacon and eggs?” he asked seated in a booth beside his cousin, Spiro Katechis, amid Monday’s mournful swarm. “They have us in a vice.”

The family was poised to sell the restaurant to a buyer who planned to keep it open and make good on its debts to Friedland, the cousins said, but the prospective buyer backed out earlier this month.

“And then the landlord immediately went and got the warrant to throw us out,” said Spiro.

Friedland Properties could not be reached for comment Monday to confirm these events. The real estate investment firm owns 62,740 square feet of commercial space on Johnson Avenue and West 235th Street, where several newly vacant storefronts now poke through the bustling commercial fabric.

“With this particular landlord we’ve seen how store fronts remain vacant years at a time, and it doesn’t seem to cost them a penny,” said Assemblyman Jeffrey Dinowitz, who spoke to The Riverdale Press on his way into Blue Bay Monday afternoon. “They certainly don’t seem to have a stake in the well-being of the neighborhood.”

Dinowitz wanted to order vegetable soup one last time, he said, seeming to consult a mental image of Blue Bay’s menu. Ah! — but it wasn’t Thursday, he started. He’d go for a tuna sandwich instead, and maybe a milkshake.

“This is what we need. We’ve seen this time and time again where local mom and pop shops are forced out because of ridiculous rent.

Inside, a crowd of Blue Bay’s regulars were playing musical chairs on the dining floor, hopping from booth to booth and swapping stories as they scarfed down omelets, tuna melts, and pastrami (“the finest you’ll ever have,” one man said fixedly).

Though their bereavement was palpable, it apparently had no impact on anyone’s appetite.

“We’ll end up in psychiatrists’ offices. I’m telling you — a lot of people feel depressed about this. The Blue Bay is really the heart of the community.”

Michael Litssios, seated across from her, said he loved coming to Blue Bay in the mornings to read or work on one of his plays — he’s written a few, he said.

“This booth should be named after me,” he chuckled.

Blue Bay’s staff of about 20 zipped around the room, buoyed slightly by the day’s enormous turnout. Tina Bucaj, who has been taking Blue Bay orders for 12 years, will likely move on to a new career outside of restaurants.

She’ll graduate with a degree in speech pathology from Lehman College next year, she said.

“But I’ll miss it,” she added. “I started here right after high school. I’ve known this family since I was one year old.”

Another woman, who declined to share her full name, reminisced fondly on a period in 2008 when she often came to Blue Bay while recovering from a broken wrist. Cutlery posed particular challenges during her convalescence, she said, but Chris Katechis swooped in to help, cutting up her food into bite-size pieces with a steak knife before serving her.

“And I wasn’t embarrassed to have him cut up my food,” she said. “Just a good friend.”