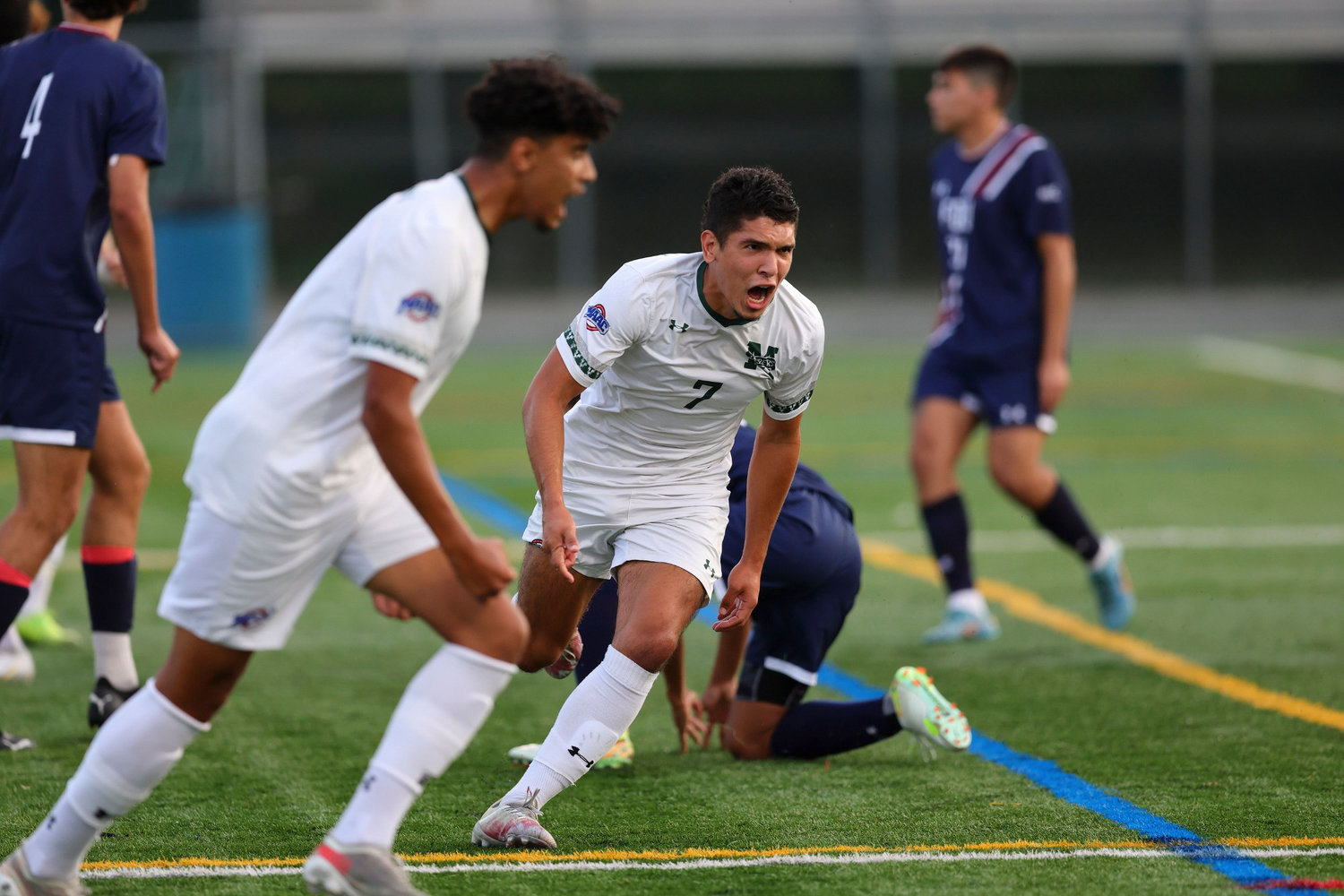 Jasper senior Johan Velez celebrates his goal against FDU in the team’s 2-0 win this week.
GoJaspers.com 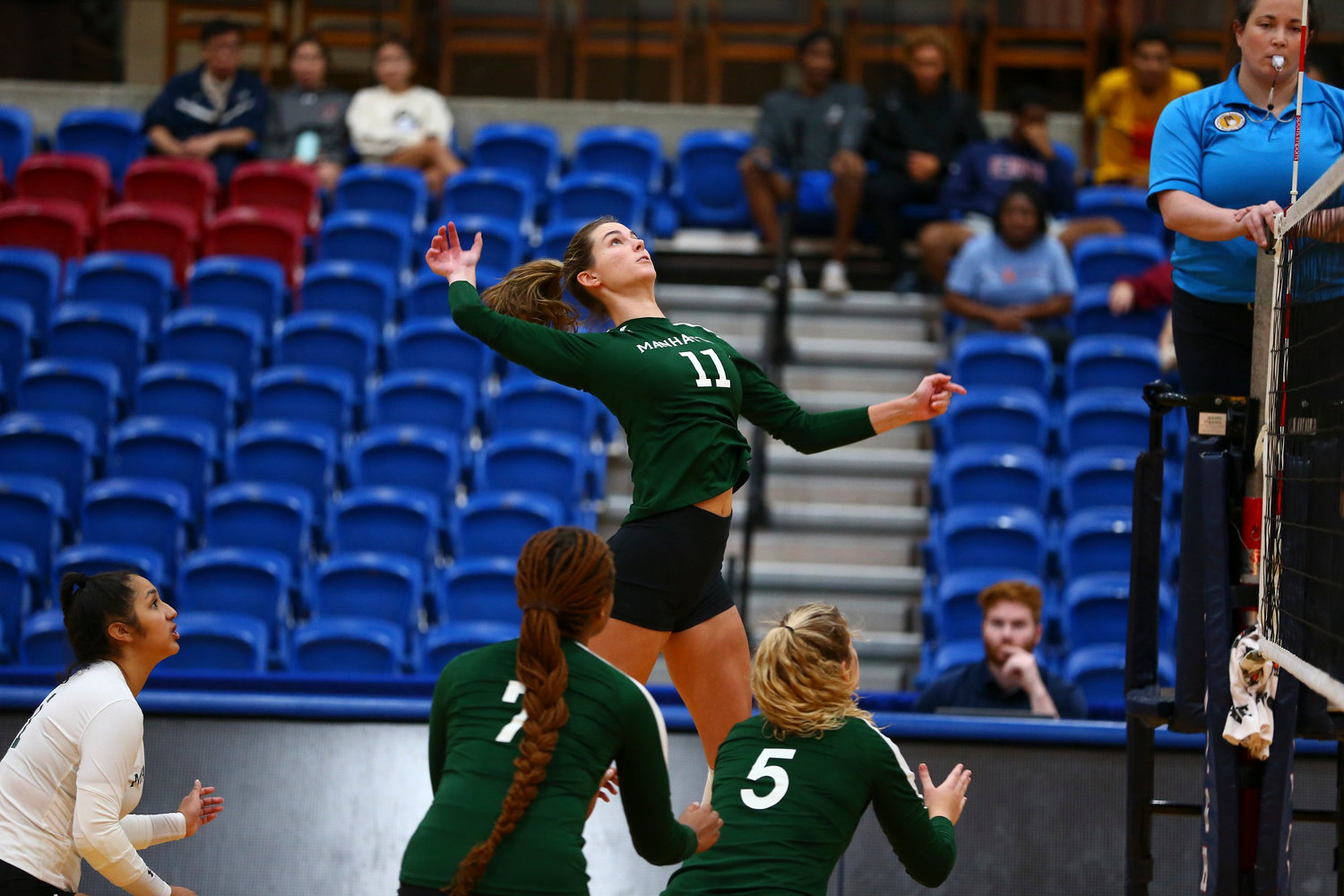 Women’s volleyball senior Kelly Markowsk, the outside hitter prepares for a spike in the team’s losing effort against FDU.
GoJaspers.com 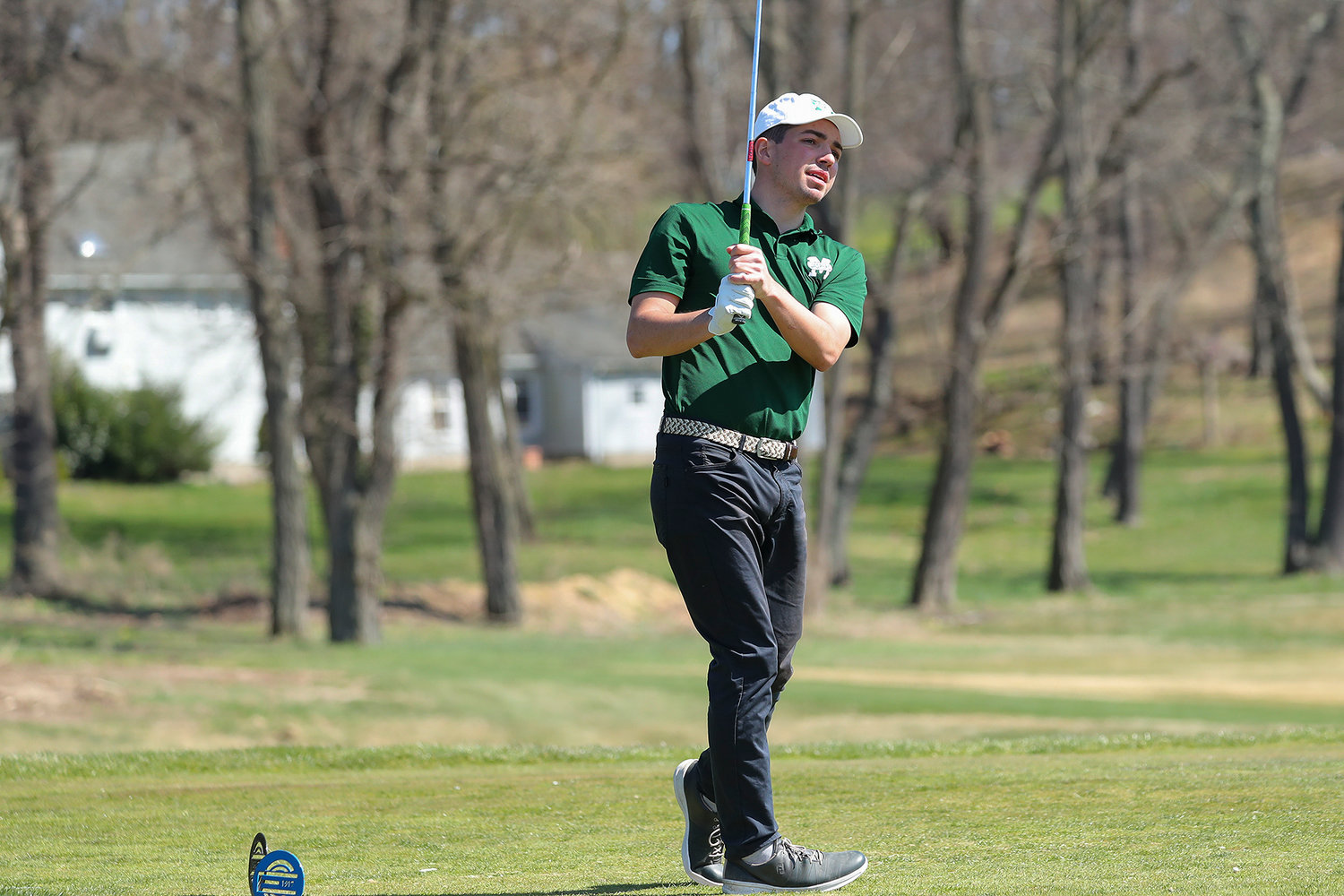 Manhattan College golf's team finished 15th in the Hartford Haeck Invitational last week. This week end they will compete at the Autumn Invitational in Lake Placid.
GoJaspers.com
Previous Next
By Caroline McCarthy

Men’s soccer pulled out the only win for the Jaspers this week, beating FDU 2-0 at a home match at Gaelic Park. This was the last non-conference game of the season, and the win brought confidence to the program as they enter MAAC play.

“To finish our non-conference schedule off with a complete performance and win allows us to step into the MAAC with confidence and belief,” head coach Jorden Scott told Go Jaspers.  “We have faced some tough challenges and we have learned a lot about how we can get better and truly unite as a team. We are ready for whatever is put in front of us and will rise to the challenge like Jaspers always do.”

Johan Velez scored the first goal of the night off an assist from Nassim Akki.

Their second goal was scored in the 52nd minute shortly after the start of the second half.

Sophomore Gunnar Studenhofft got a break away up the right side, but his shot was deflected by FDU keeper Juan Martin Barahona. Velez stormed the net to finish his second goal of the night, making this his first multi-goal collegiate performance.

The Jaspers’ first round of MAAC play will start at Rider University next Wednesday, Sept. 28 at 7 p.m.

With no wins yet in the season, the team starts conference play with a 0-2 record.

As reported by The Quadrangle newspaper, the volleyball team was riddled with injuries at the start of the season and relied on women’s basketball players Christina Katsamouri, Annie Bair, Bella Nascimento and Leyla Ozturk to make a short cameo as two-sport-Division I-athletes so the team could participate in competition.

“I just thought it was really generous of my girls to offer to play and participate because it gave the players that were healthy a chance to compete, and gave the coaches … opportunities to coach,” Vulin told The Quadrangle.

“I thought it was just great teamwork on their part, so I was really proud of them.”

With a jigsaw-puzzle team of scattered athletes, the Manhattan volleyball team used their resources to give the start of the season a good college try. But despite their efforts, they still have not been able to pull out a win.

Manhattan took early leads in sets one and two of the match against FDU.

Graduate student Julia Menocal had a team-high 11 kills for the night, and Julieanne McKee had 10 assists.

To round out the effort, freshman Teresa Garza led the team with 7 total digs for the game.

Mlynek, with a score of 212 (-4) ranked 10th individually among the 95 golfers at the tournament.