Senator says he doesn’t support it despite what Assemblyman charges 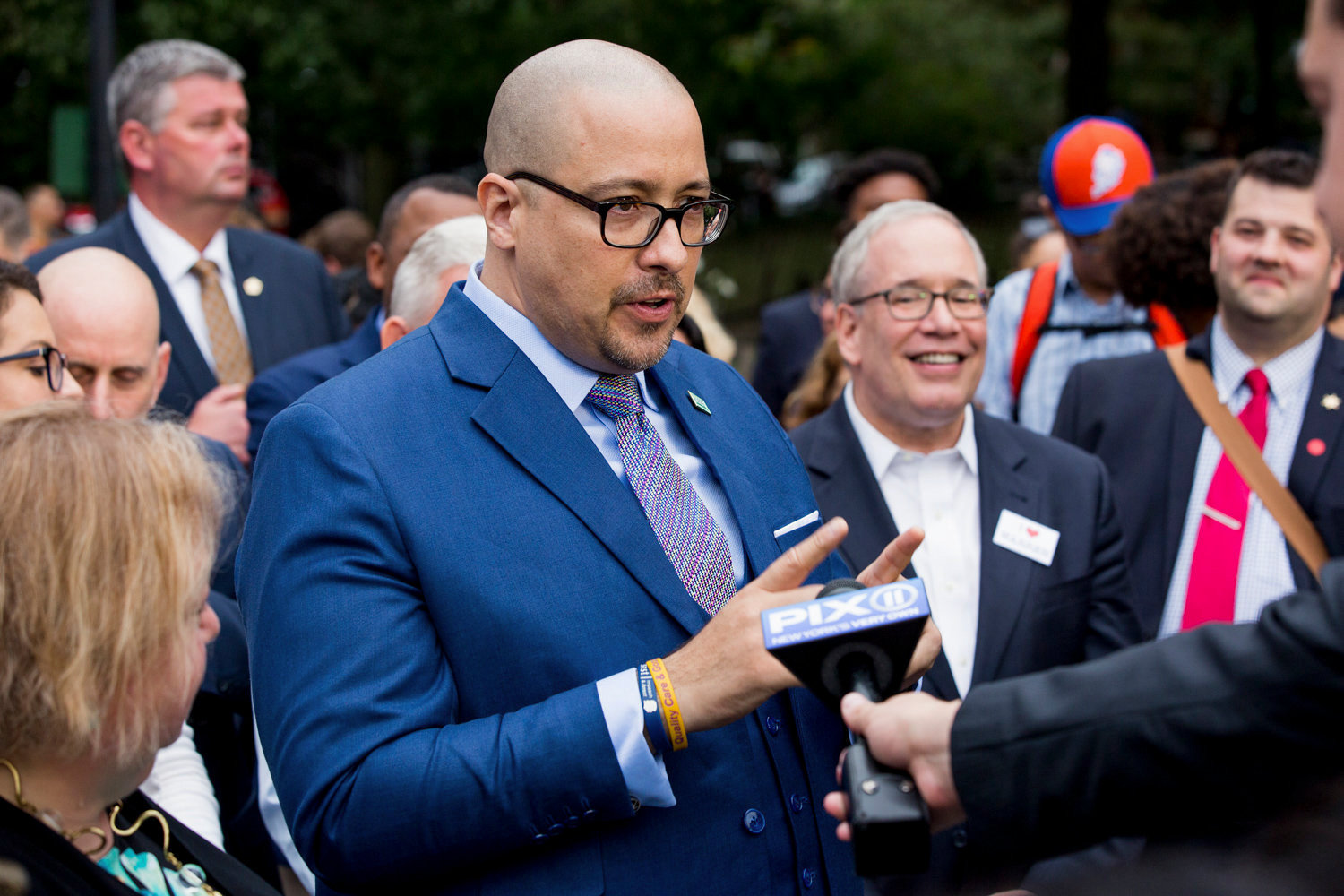 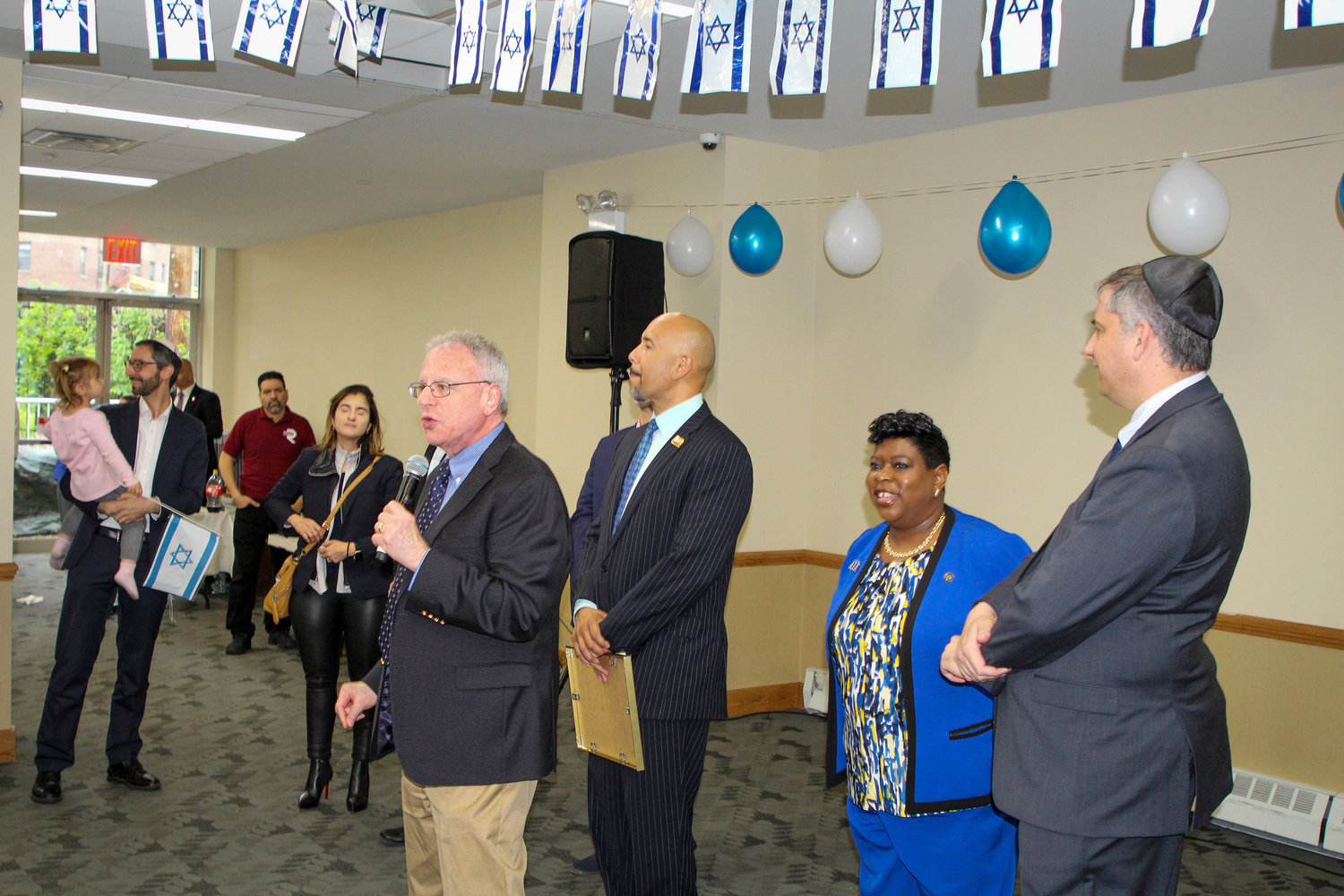 He’s trying to fearmonger with a short phrase. He just wants to get people to have an opinion about me before they meet me.”
GUSTAVO RIVERA, state senator
By Sachi McClendon

The rift between a member of the Bronx county party and Sen. Gustavo Rivera is growing as the primary for the 33rd senate district draws closer.

In this latest row, the Democratic county party’s secretary, Assemblyman Jeffrey Dinowitz, told a news outlet that the senator supports the boycott, divestment and sanctions movement. The senator has since fired back, saying that his fellow state lawmaker is lying and purposefully misrepresenting his views.

As The Riverdale Press first reported, in late June the county party decided to endorse Miguelina Camilo over the incumbent Rivera in his bid to hold onto the newly drawn district 33 seat.

Following that news, Dinowitz, who has publicly backed Camilo, told NY1 that Rivera supports the BDS movement which has a stated goal of ending international support for Israel’s oppression of Palestinians. “He does support BDS,” Dinowitz told the news outlet.

In a follow up interview with The Press, the Assemblyman said he was referring to the senator’s one-sided criticism of Israel on social media, his chummy relationships with other pro-BDS activists and his past legislative record.

In particular, Dinowitz pointed to a bill introduced back in 2014 aimed at limiting state funding to academic institutions that are boycotting a country or the higher education institutions of a country.

The legislation was, in part, a response to the American Studies Association’s decision to boycott Israeli academic institutions. Rivera voted against the bill, saying on the chamber floor in 2014 the state should not be in the business of policing academic thought.

“While I may disagree with the actions that this organization (ASA) has taken as it relates to Israel in that particular case, I think that this bill is much more broad than that, and it is why I must oppose it,” Rivera said. “What we are saying is that we are — as a state — taking a position on what is right or not right to say.”

Dinowitz said this vote, in conjunction with his past critiques on Israel, demonstrate where the senator’s thoughts on BDS truly lie.

“I’m not saying that every single person who voted no on this very worthwhile bill was pro BDS,” Dinowitz said. “But I think when you look at the whole picture of him, opposing the legislation which was opposed to BDS. When you look at his consistent criticism of Israel — and only Israel — among the nations of the Middle East, it paints a very clear picture.”

“Based upon the people with whom he’s aligned himself, based upon those votes in the senate, and based upon his anti-Israel statements, that’s the conclusion that I draw,” Dinowitz said. “I think it’s a fair conclusion.”

Rivera, in response, said that the Assemblyman is mischaracterizing his views. “He’s lying. I do not support BDS. Period,” he said, reiterating that he voted against the ASA bill, worried the bill’s broad language could be used to stifle academic freedom.

“He’s trying to fearmonger with a short phrase,” Rivera said. “He just wants to get people to have an opinion about me before they meet me.”

In that same interview with NY1, Dinowitz also said that the senator supports movements seeking to defund the police.

The Assemblyman’s “statement about police funding is misleading at best. I believe we need to keep our police focused on policing and stopping crime. They are not mental health workers, they are not addiction specialists, they are not educators,” Rivera said. “For those services, we need to hire and use the appropriate personnel; and I also believe that we need much more investment in programs that work to prevent crime, including after school programs, diversion programs, and gun violence prevention programs.”