JFK students show up to protest phase out 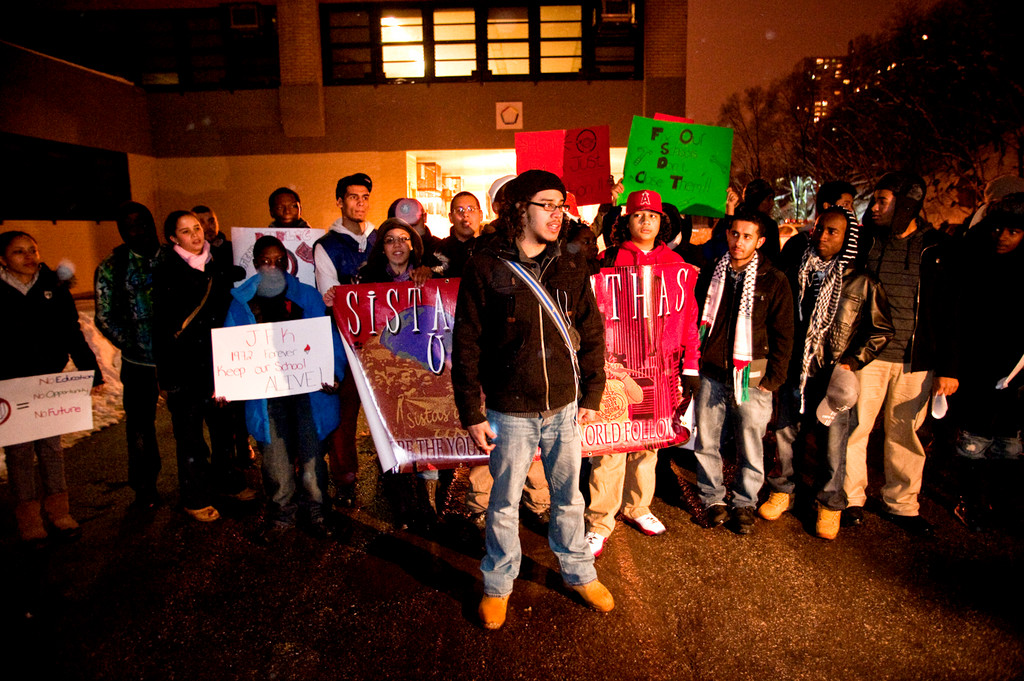 Rafael Pena, who graduated from Kennedy high school in 2007, leads a group of students and activists in a rally outside the school before the meeting.
Karsten Moran/The Riverdale Press 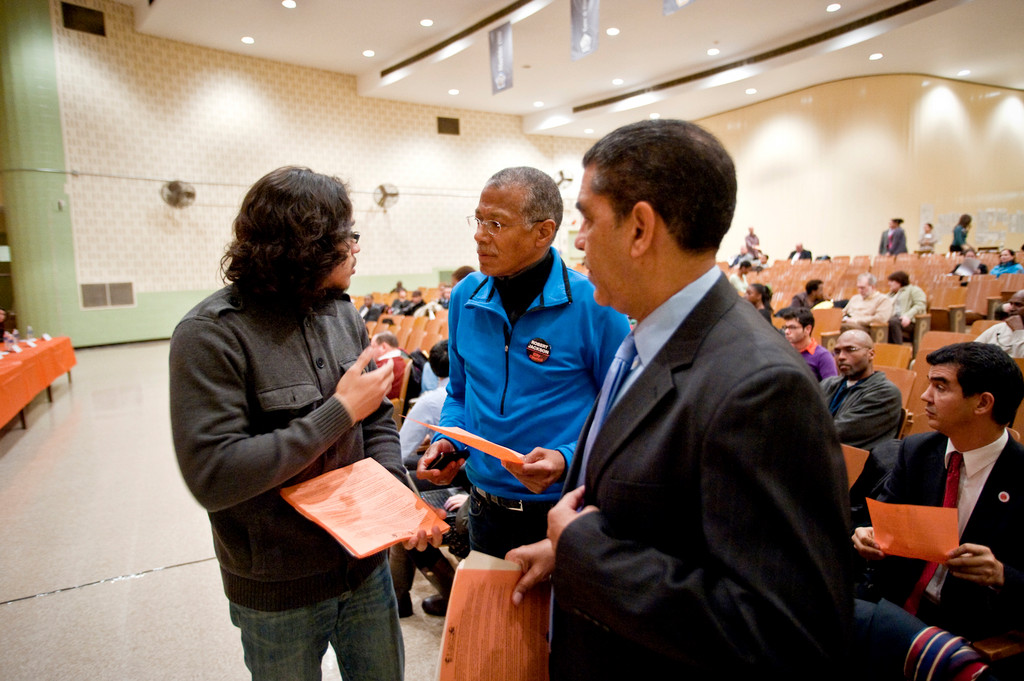 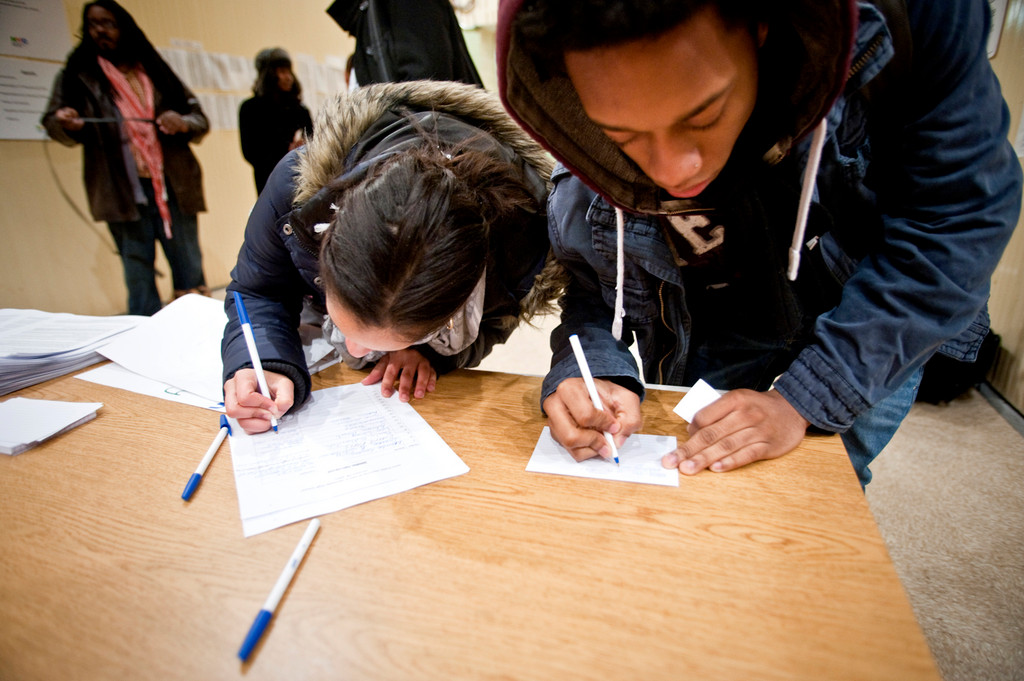 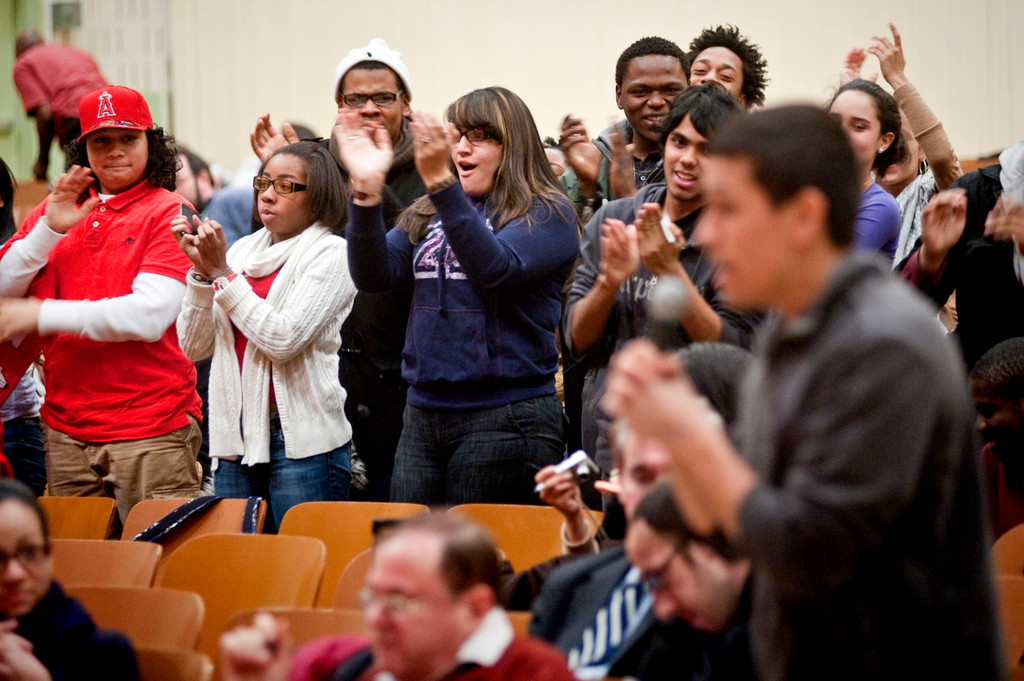 They couldn’t. He had no phone because he was homeless.

A recent immigrant with a single, uninvolved and ill mother, Mr. Maradiaga said getting good grades and going to college was the furthest thing from his mind. That is, until Kennedy’s teachers began working their magic.

“The reason I applied to college … a teacher came up to me and was like, ‘Jeronimo, you’re applying,’” he said.

Mr. Maradiaga graduated from JFK in 2003, got a full scholarship to Colby College — a top-notch liberal arts school — and finished in 2009. He never looked back — until recently, when he heard about the DOE’s proposal to phase out the school that had taken him so far.

The former student was one of 36 attendees who showed up at the public hearing on Friday evening to tell Department of Education officials that their proposal to phase out JFK by 2014 was misguided.

Sistas and Brothas United, a youth-run branch of Northwest Bronx Community and Clergy Coalition that fights for socio-economic equality and focuses on educational justice, was responsible for bringing many of the speakers. The organization held a rally before the hearing, gathering approximately 50 people.

Some shouted, others pleaded and one attendee even rapped. But the message was clear: We do not want the DOE to close Kennedy.