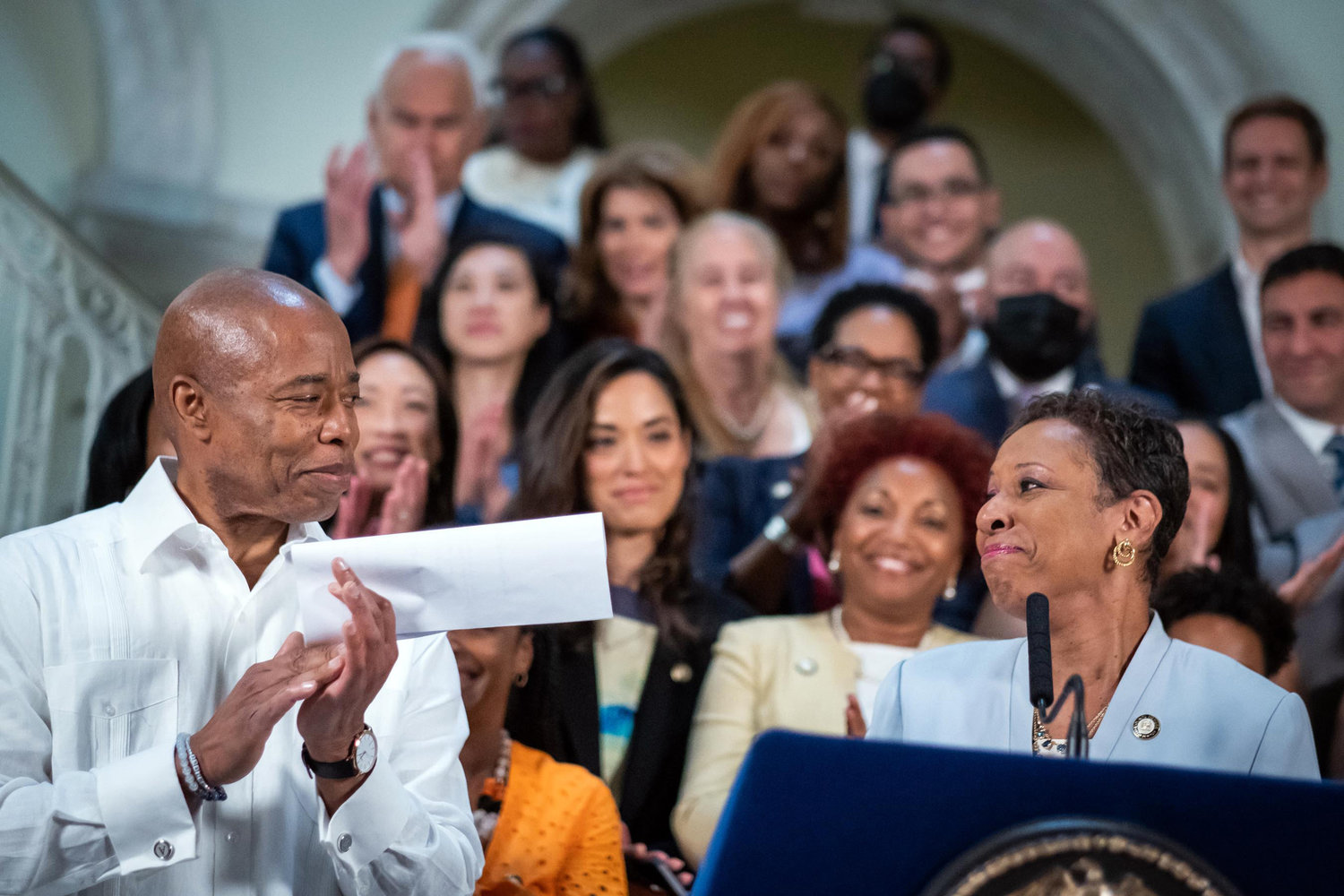 The city council and Mayor Eric Adams will have to revisit the 2023 academic year budget after a New York state supreme court judge Friday returned the education portion of the city’s budget for reconsideration. To prolong matters more, the mayor is set to appeal the decision.

In the case of Tucker v. City of New York, Judge Lyle Frank ordered that the city’s fiscal 2023 education budget “is vacated,” and that the city should return to spending levels set the year before.

Plaintiffs and lawyers were worried that the city might file another appeal because this will further delay the case before school begins.

The mayor claimed on Thursday he would abide by the judge’s decision. However, now it is expected the city will shortly file papers in connection with its appeal.

“Making sure our students have all the resources they need for a successful school year is our top priority, which is why this budget includes more city funding than ever before,” a city hall spokesperson said Tuesday. “We are taking every step possible to make sure this litigation poses no disruption to students, that educators and students have what they need, and that we have a smooth opening of our schools on Sept. 8.”

Council speaker Adrienne Adams was happy with the decision and continues to blame the school budget issue on the department of education.

The decision gives city council members a second chance to recast their vote on the spending plan, which they approved in June on the $215 million budget cut due to falling student enrollment.

Adams press secretary Fabien Levy argued with the outcome. This is a major setback for the city because of a last minute regret from city council.

“The funding in the budget has been clear for months and was negotiated, reviewed and voted on by the city council with full transparency,” she said in a statement on Friday. “The Council knew what it was voting for and knew it was the right decision.”

“As the speaker said on the day of the handshake agreement, ‘this is a budget, Mayor Adams, to be so proud of ... that is good for every New Yorker, every community, and our entire city government.’”

She continued to state that the school budget includes more funding than ever before. The budget is not only adjusted for falling enrollment, but it was supposed to mark the end of federal stimulus funding. On Aug. 3, Mayor Adams said he would redirect $100 million from that funding to the school budget.

The DOE has a budget of $37.6 billion in the bank while the Independent Budget Office tracker identified $761 million in unspent federal stimulus funds for fiscal year 2022 and $38.1 million from fiscal year 2021.

Forty-one of the 51 council members have called on the administration to use federal stimulus funding to restore these cuts.

As of now parents, teachers and lawyers are fighting with the DOE and the city weeks leading to the first day of school.

“There is no secret pot of funding, and the city council knows this,” Levy said.

Yet, this lawsuit is not focused on the budget itself. Plaintiffs argue the education department violated state law by bypassing the budget approval process and having the city council vote on it before an education policy hearing.

The reason for bypassing the hearing was planned by schools chancellor David Banks, who called it an emergency declaration. However, Frank claims that this was not an emergency.

“He (Frank) was clear that the repeated use of Emergency Declarations by the Chancellor was invalid and thus the order of votes by the Council and the PEP violated state law,” said Attorney Laura Barbieri, special counsel for Advocates for Justice.

Frank announced his intentions to side with teachers and parents in response to the budget cuts announced by Mayor Adams.

But in reality, these cuts can be far greater than the $215 million. The overall figure could climb to as much as $300 million, according to city comptroller Brad Lander.

Adrienne Adams called out to the DOE and blamed them for not having transparency for how much was actually being cut from the budget.

“The council has been clear that the school budgets should be restored, and the Department of Education must immediately fix the problems it has caused for New York City public school students,” speaker Adams wrote in a statement Friday. “It has become clearer than ever that DOE lacks transparency and accountability and removed hundreds of millions of dollars more from school budgets than it ever conveyed in the city budget.”

She also mentioned the council is considering further legal actions to ensure the education department permanently restores school budgets and is completely transparent. “Mayor Adams and Chancellor Banks are risking the health of our school system and students,” she said, “and they must resolve this issue immediately.”

A group representing immigrant families and educators pointed out the money the schools needed is available.

“The court’s decision is a major win for parents, students and educators who have called to restore Mayor Adams unjust cuts to public school funding,” Julissa Bisono, co-director of organizing at the organization, said. “The mayor must now reverse course and restore full funding, which Comptroller Lander has made very clear is available.”