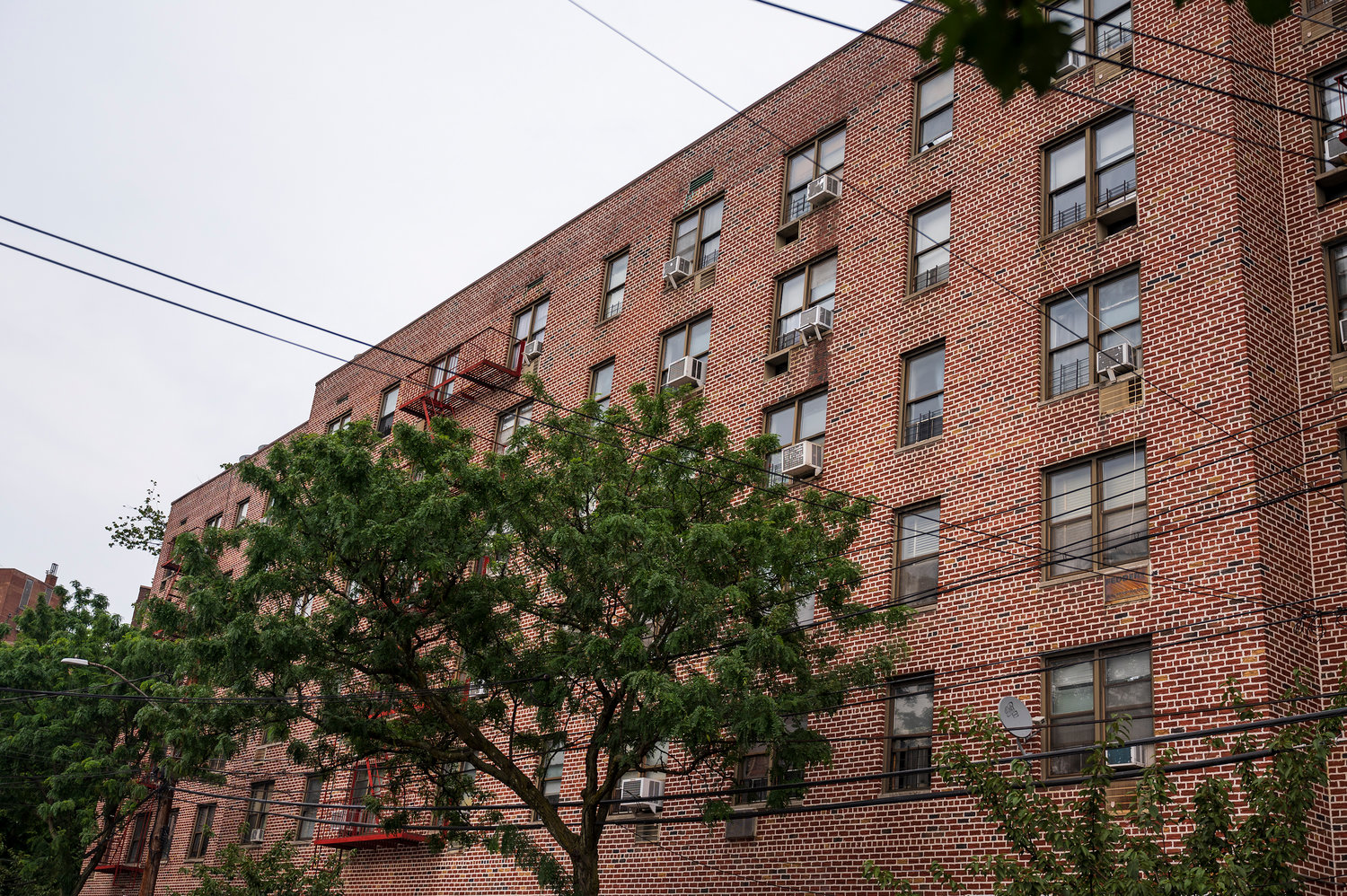 Miguelina Camilo changed her address from a home in New Jersey to this apartment complex at 3840 Orloff Ave. in the Bronx just two days before she became a vice chair of the Bronx Democratic Party.
Hiram Alejandro Durán 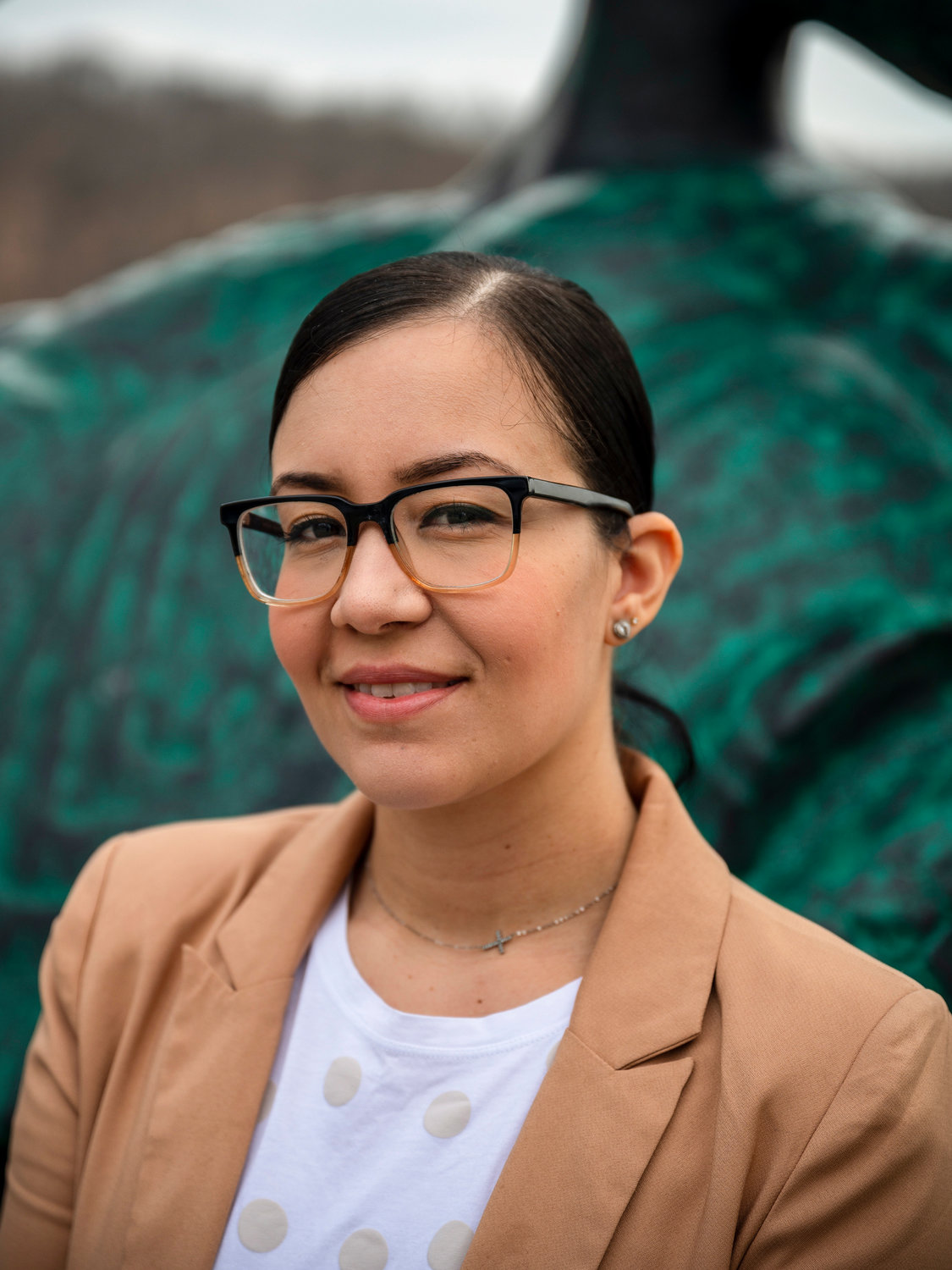 Miguelina Camilo says she has been a resident of the Bronx since 2013, even though she often listed a home in New Jersey as her address when making political contributions up until the summer of 2018.
Hiram Alejandro Durán
Previous Next
By Sachi McClendon

In the race for the new senate seat representing the northwest corner of the Bronx, much has been made about where candidates have lived.

When the special master came out with the final version of the new senate map in May, for example, Sen. Gustavo Rivera’s University Heights residence — a rent-stabilized apartment he has lived in for more than 20 years — fell just two blocks west of the new district line.

That’s something Miguelina Camilo and her supporters — Assemblyman Jeffrey Dinowitz, in particular — have made sure voters do not forget. Beyond repeatedly making note of it in his weekly constituent newsletter, the Assemblyman recently referred to the senator, albeit indirectly, as an opportunist running in a area where he has few local connections.

Rivera “chose to run in a district in which he does not live — some people would use the word ‘carpetbagger,’” he told City & State magazine before adding, “I don’t like to use words like that.”

And then in a recent debate, Rivera turned the script around, asking Camilo — a former city elections board commissioner — about her current residence and her connections to the northwest Bronx.

“I want to say it’s very interesting that you asked me that question when you don’t live in the district,” Camilo responded, adding that she has resided in Riverdale for nearly seven years. “This is a community where I have lived, I have worked, and I care deeply about my neighbors.

“There is no reason why we don’t need to be candid about those circumstances. And the change in the lines never affected me. I always lived in the district.”

Yet campaign finance records indicate Camilo may have lived in and out of the district all the way up until Summer 2018 — just four years ago. In fact, when making several separate campaign contributions in both 2017 and 2018, the first-time candidate listed her address as a home in New Jersey — all while vice chair of the Bronx Democratic Party.

Moreover, voter registration documents obtained by The Riverdale Press show that two days prior to being appointed to the powerful county role in 2016, Camilo changed her address from that house in the Garden State to an apartment in the Bronx.

When discussing her origin story with the media, Camilo is quick to boast about her Bronx bona fides. Growing up, her father owned bodegas in the borough. She got her legal career off the ground working at the law office of Murray Richman, a famed Bronx defense attorney, and she ran her own private family law practice in Concourse Village until last September.

Beyond that, she was president of the Bronx Women’s Bar Association, and was a Bronx commissioner for the city’s elections board.

But what Camilo often leaves out in interviews is her life in New Jersey where she spent much of childhood. According to property records, Camilo’s parents bought a home in Palisades Park when she was 7. It was there she completed elementary school and graduated from high school.

It’s also where she may have been living just days before becoming a major player in Bronx politics.

On the night of Nov. 18, 2016, Camilo was nominated as a new vice chair of the Bronx Democrats during its executive meeting. Camilo and two other vice chairs nominated that night were leaders of color who “hailed from different neighborhoods,” then-executive director Anthony Perez told a reporter at the time, who would further diversify the party’s leadership.

Yet only two days prior to her nomination, Camilo submitted an application to the city’s elections board office to change her address from her parent’s home in New Jersey to an apartment on Orloff Avenue in the Bronx, according to the voter registration records.

In a written response to a series of questions from The Press, Camilo denied ever living in New Jersey during her tenure as Bronx elections board commissioner.

“I have been a resident of the Bronx since 2013, and was a resident in the Bronx when I was appointed chair,” she said.

Camilo’s voter registration documents show she regularly voted in New York from November 2017, even when she was listing a New Jersey home in political contributions.

“Donations citing my family’s address do not change my residency,” Camilo said.

Given the new senate district has existed for all of two months, the candidates seeking to represent it must convince voters they have deep ties to each and every community and neighborhood found within it.

On the campaign trail, Rivera has often mentioned the fact that nearly half his current district overlaps the new one. Moreover, when first elected, the senator used to represent other parts of the new district, like Tracey Towers, Scott Tower and Norwood.

“I damn near have represented about 70 percent of this district in the time that I’ve been in the senate,” he said at a recent candidate meet-and-greet hosted by Bronx Unity Coalition.

It was at that same event several people took umbrage with the fact Camilo did not attend, while Rivera did.

“I’m in the community all the time, and I do not know” Camilo, Norwood resident Danielle Guggenheim told Camilo’s campaign manager, who attended in her stead. “Her not being here, I’m offended. I want to know why does she think that that is going to instill confidence in me — that she’s going to show up and represent me and my neighbors and my community?”