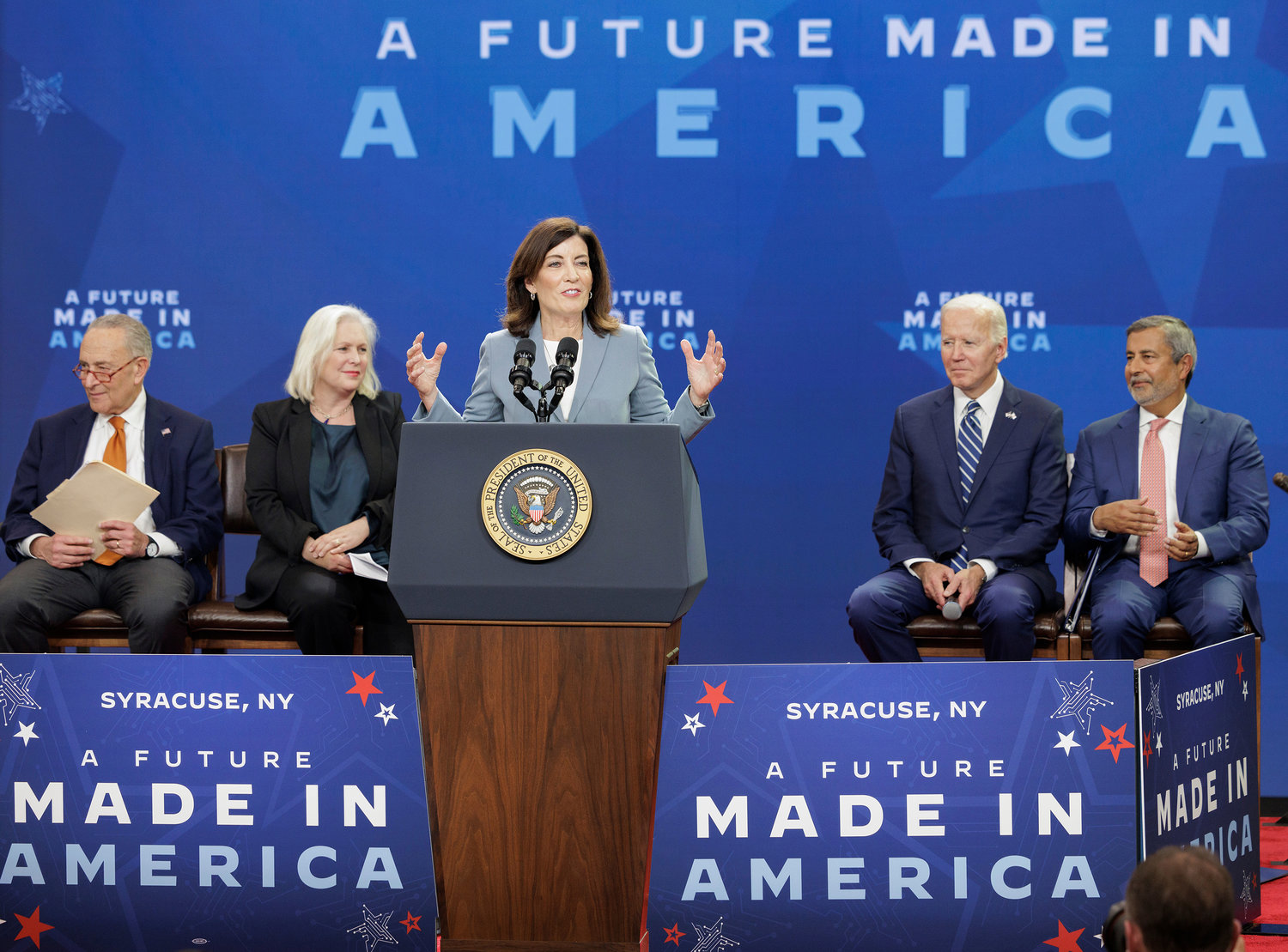 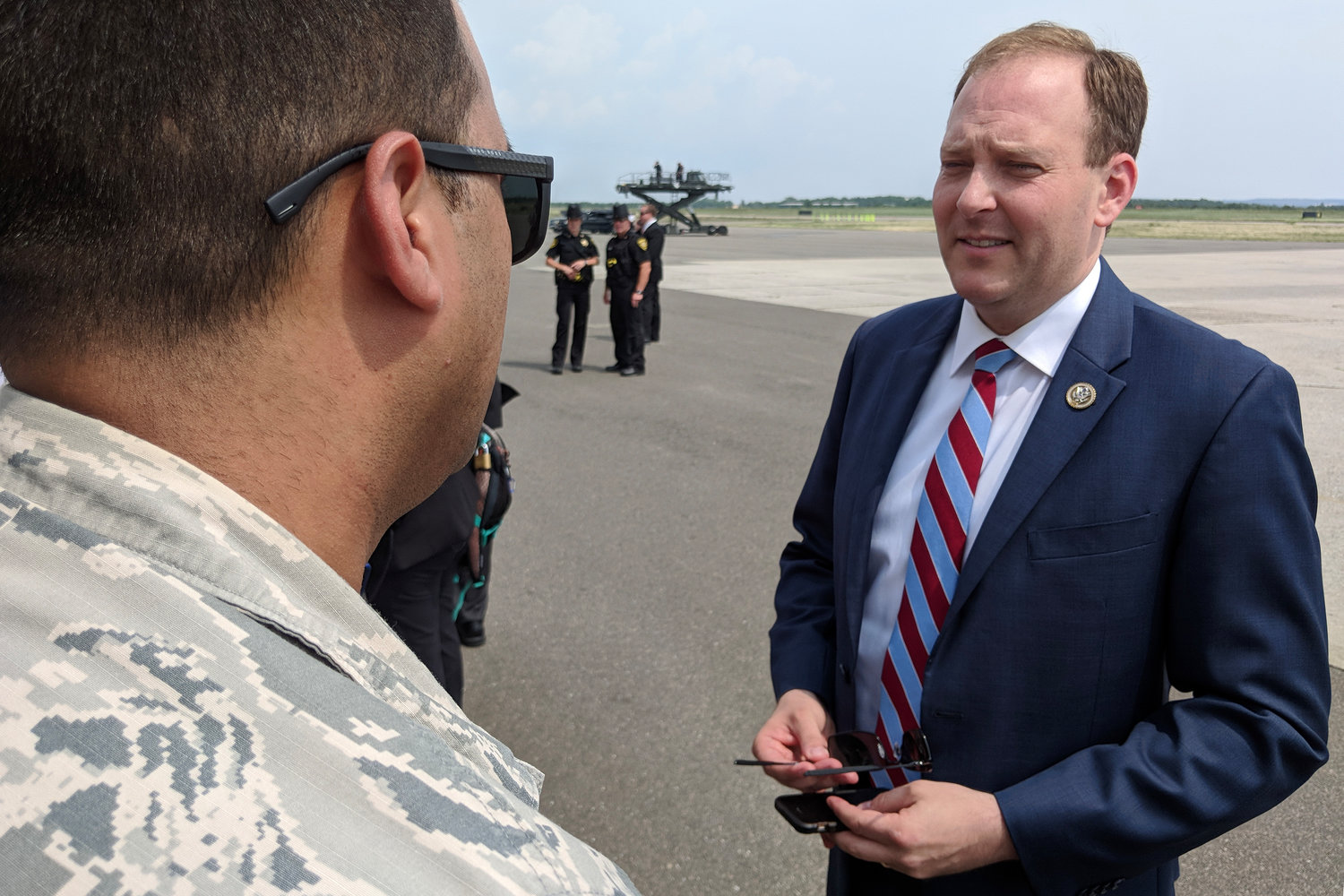 Two months ago, the race for the governor’s seat had been a sleepy affair. While the incumbent, Gov. Kathy Hochul, had been amassing a huge campaign war chest, the typical urgency attached to competitive gubernatorial races was not there, as Hochul was favored to easily clinch the victory.

However, after the release of a few polls that put Republican opponent Lee Zeldin, a Long Island congressman, in striking distance, Hochul’s campaign shifted tactics.

Beyond just holding more rallies and events, her team brought in some of the biggest names in the political world to help energize the state’s Democratic base. Former president Bill Clinton stumped for Hochul in Brooklyn last Saturday. Vice President Kamala Harris went to Barnard College last Thursday.

And President Joe Biden spoke at a rally on Sunday just a few miles away at Sarah Lawrence College. “You have two days to make sure the rest of New York knows the good that they have in Kathy Hochul,” the president said, while speaking at length about the accomplishments of his administration.

Yet prior to that, local Democratic political clubs were already hard at work trying to raise support for the gubernatorial race and other high-profile congressional races throughout the state.

At its inaugural meeting on Oct. 27, the newly formed Unity Democratic Club educated attendees on the four state and city measures that will be on their ballots and encouraged members to head up to the Hudson Valley to campaign for Democrat Pat Ryan.

Members of the Benjamin Franklin Reform Democratic Club have also been out on the streets urging residents to cast their ballots for Hochul and hosting get-out-the-vote events before Election Day.

On Oct. 29, the Bronx Democratic Party held a rally for Hochul that was interrupted by Zeldin supporters holding up signs considered sexist and offensive directed at the governor. One of the signs was designed to look like Hochul’s gravestone that called her “unelected” and some expletives.

“In my opinion, this kind of rhetoric is intended to suppress voter engagement and intimidate Bronxites from participating in the upcoming election,” Assemblyman Jeffrey Dinowitz said after the rally. “At the risk of waxing nostalgic, I find myself longing for the days when a contentious campaign involved things like taking down posters of your opponent and highlighting questionable choices in your rival’s past.”

“After the Hochul rally last week in the Bronx, where protesters supporting Zeldin held up despicable signs and shouted disgusting rhetoric that has no place in politics, the Benjamin Franklin Reform Democratic Club was even more inspired to help get Kathy Hochul and all Democrats over the finish line,” said club president Virginia Krompinger.

Those signs were not the only controversial election tactics that took place in the Bronx. Just last week, two attack mailers began circulating in the Bronx that tried to stoke racial tensions.

“Joe Biden and left-wing officials are engaged in widespread racial discrimination against white and Asian Americans … even though it’s against the law,” one of the ads reads. It also includes headlines to several articles from conservative outlets to try and back up that claim.

“Biden and the left want to decide who gets hired — and who gets fired according to their skin color,” the other mailer says. “Even pilots will be chosen based on skin color — not flying ability.”

The ads were paid for by America First Legal Foundation, which is run by Stephen Miller — a former senior Trump White House advisor — who is known for his far-right and anti-immigration policies.

“I am disgusted that this repugnant piece of mail has found its way into mailboxes of my constituents. This type of despicable race-baiting has long been a feature of fascist regimes in the 20th century, and harkens back to an America before the rise of civil rights and to the beginnings of our republic when only white, land-owning protestant males were allowed to participate in our government,” Assemblyman Dinowitz said in a statement. “I strongly encourage anybody who has received this mail to put it where it belongs — in the recycle bin.”