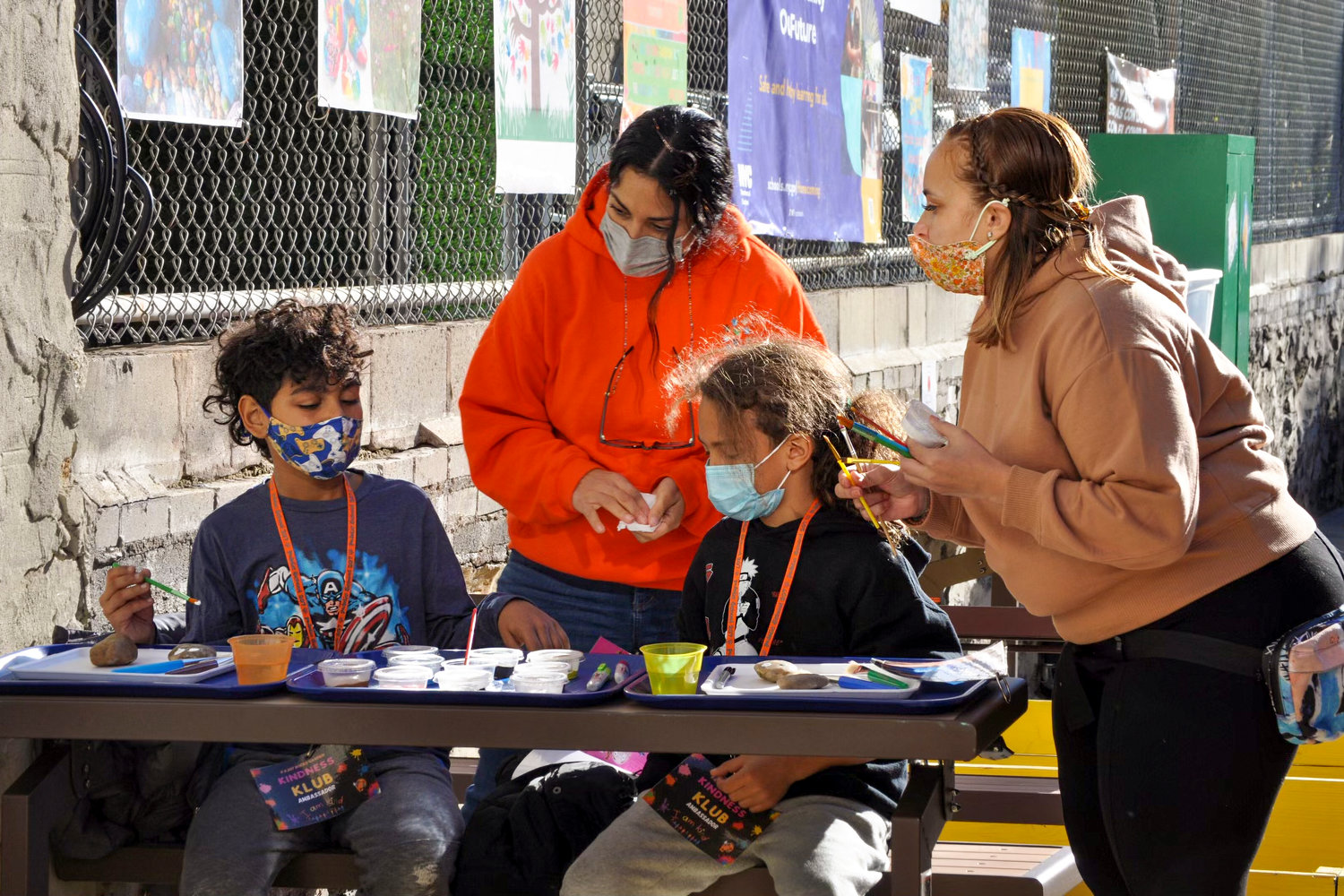 Kindness is a value being promoted at P.S. 207 through a new class where students learn kindness through various ways, including a rock-painting project led by Lucy Cordero and Laura Polanco.
SARAH BELLE LIN 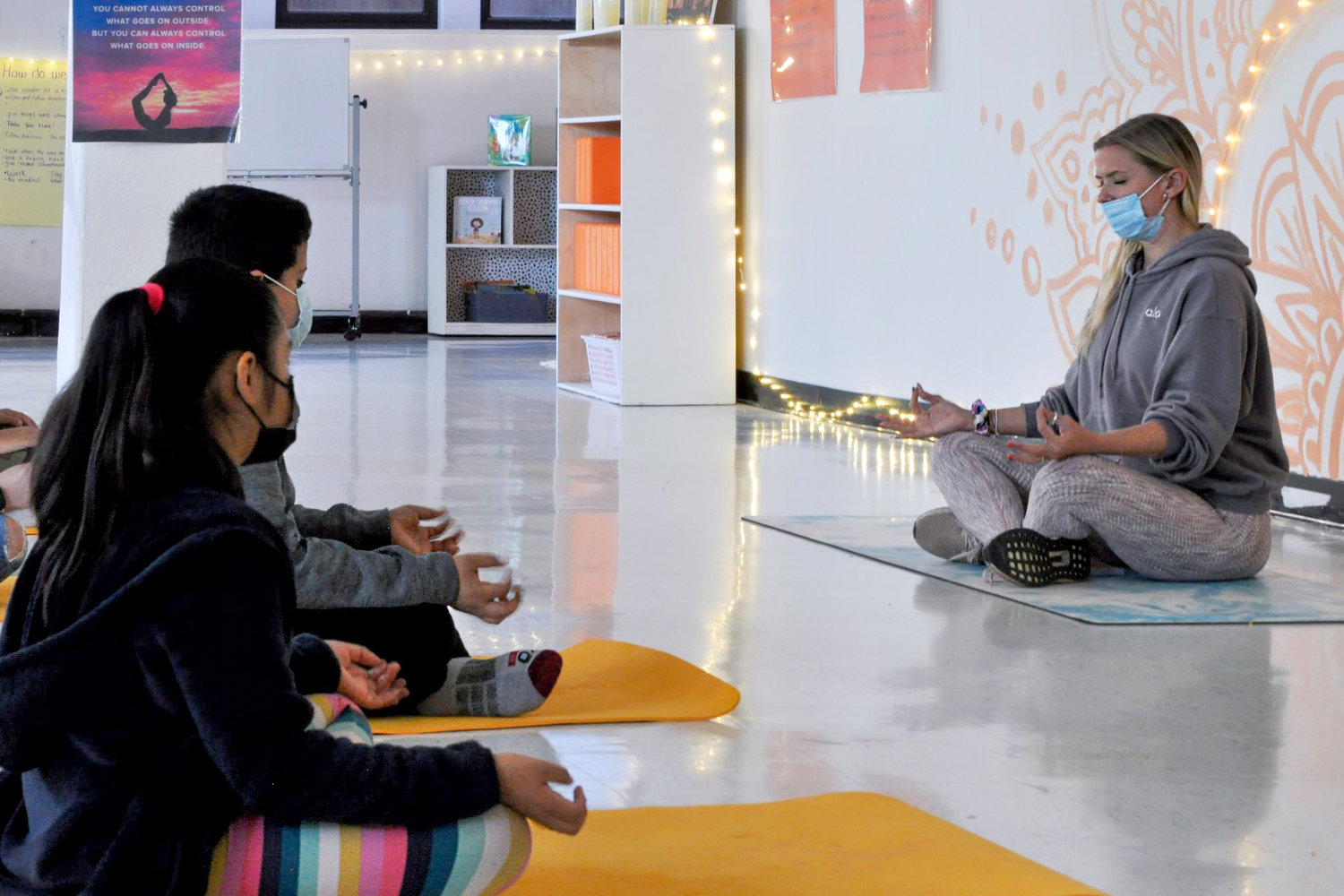 Many students and even some members of the staff prefer to start their busy school days inside of P.S. 207’s Zen room, which opened at the school this past summer. Caitlin Cepeda leads her fourth-grade class in an exercise to calm their mind inside the Zen room.
SARAH BELLE LIN 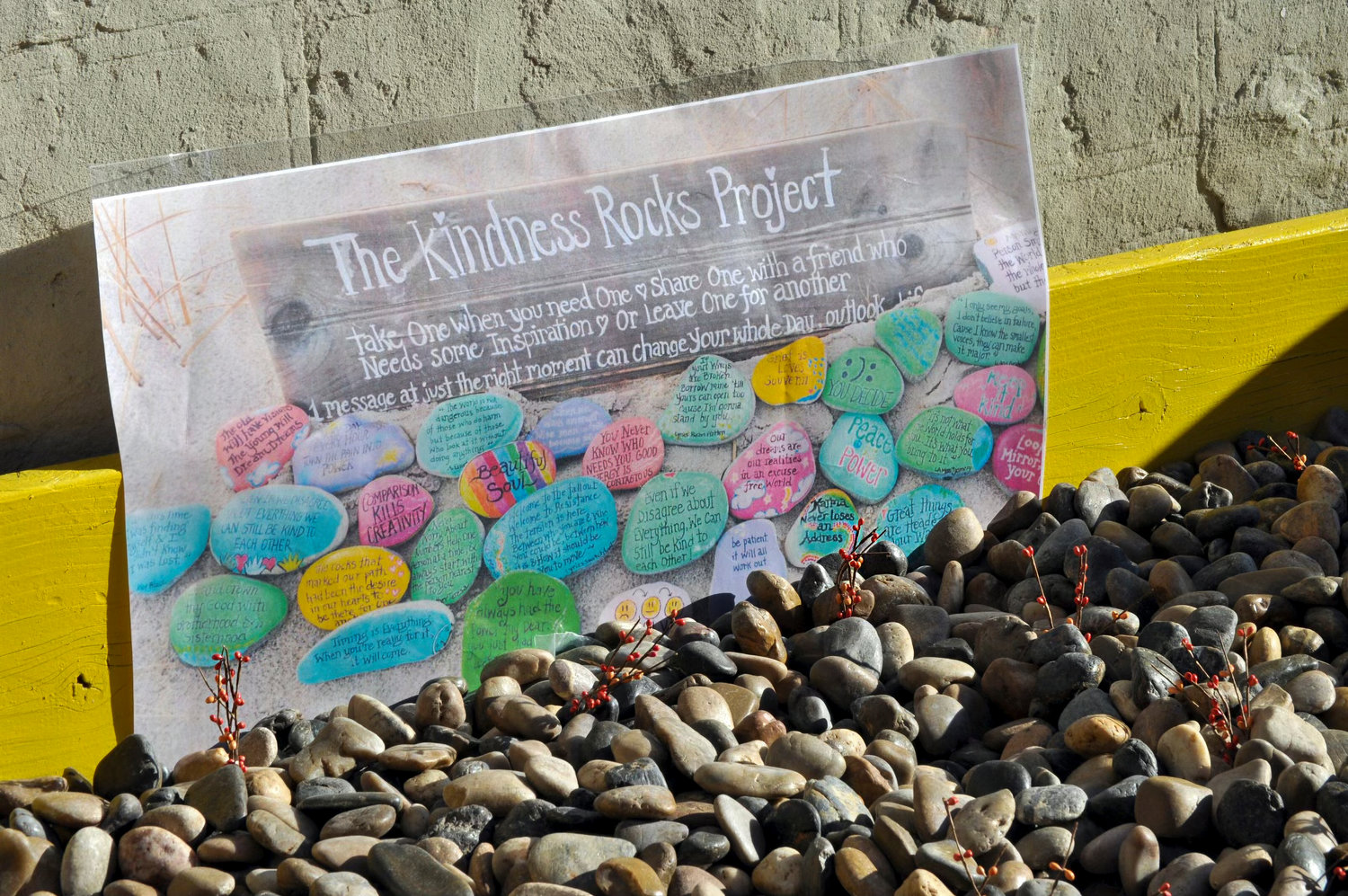 What’s rocks got to do with it? It’s actually about kindness, a value P.S. 207 is pushing hard to promote and impart on its students after spending years on a list of unsafe schools. The rock garden outside the Godwin Terrace school allows students to pick and paint kind messages for their peers.
SARAH BELLE LIN
Previous Next
By SARAH BELLE LIN

It’s like nap time, but in a more awakened sense of the word.

At P.S. 207 in Kingsbridge, students as young as kindergarteners now have a period blocked out on their schedules for dimmed lights, downward-facing dogs and drawing on “kindness rocks.”

When students step into the Zen room, they’re greeted with calming, atmospheric music, the amber glow of Christmas lights framing the room, and large, colorful murals with deeply positive messages. They’re asked to roll out goldenrod-colored yoga mats and sit quietly atop.

The teachings are founded in Zen Buddhism, which imparts principles about the individual self, on avoiding suffering and pain, and practicing compassion and respect.

After the chants, students contort into shapes, holding themselves as steadily as they can. Many know this as yoga. It’s fun and relaxing for many of the students, but why has this school carved out time to instruct its children in the age-old practice of Zen and mindfulness?

As P.S. 207 reopened for in-person classes after the height of the coronavirus pandemic, principal Tara OBrien knew she wanted to bring students back to a joyous learning environment. For this, she enlisted one of her teachers, Caitlin Cepeda, who years ago had come to her with an idea.

“When I interviewed at this school five years ago, my principal had asked, ‘Where do you see yourself in five years?’” Cepeda said. “I remember saying something along the lines of doing deeper work with children, addressing social-emotional needs and mental health. Five years later, here we are.”

Cepeda is not only is certified in early childhood education and special education, but she’s also earned a 200-hour yoga and kids yoga certification. Naturally, she was the pick to lead the project, especially since she’d already taught special education at P.S. 207 over the past four years.

“I came into this school knowing it was not in a great place at that time,” OBrien said. “What I knew was that we cannot move forward as a community, staff, parents and kids, if we don’t heal. we needed to heal together.”

This past summer, Cepeda and some of her colleagues revamped a storage and library room from the ground up. They envisioned an environment that would produce an immediate feeling of calmness, security and comfort.

“It is, I believe, the first school in New York City public school districts, to be having a mindfulness and meditation class as a special ‘enrichment’ class,” Cepeda said. “This is the first time that a lot of students are experiencing this practice (of) just slowing down.”

Khaleel Ageel was beaming after leading the class in yoga and balancing on one leg.

“I was really nervous at first,” the fourth-grader said. “That was the first time I balanced on one foot.”

His time spent in the meditation room has taught him to “never give up, always be calm. And no matter what you’re going through, always focus on the positive.”

The goal is to create a space for not only students to enjoy, but also faculty and staff members at P.S. 207 — and even parents.

“I just feel like it sets the tone for the day,” Garcia said. “I’m able to move in a better manner.”

For others, the meditation room provides a temporary getaway. Outside of class, fourth-grader Anthony York uses the room to escape — quite literally.

Some may remember school bullies as a darker part of childhood, and was an issue at P.S. 207 for some time. It worsened to the point the school had been placed on a state list of persistently dangerous schools.

The school now is centering restorative justice principles as a way to hold accountable those who choose to harm others with the hopes that it doesn’t perpetuate harm.

“This room is at the forefront of helping students resolve conflict in a peaceful way,” Cepeda said.

“How do we resolve conflict in a productive, effective and peaceful way without reacting? How to come to a mutual understanding? We don’t always have to agree, but we have to respect others.”

The area is not far from P.S. 207’s social worker and psychologist, Julia Garcia, who counsels students on myriad issues, including bullying.

The calmness even extends outside in the school’s rock garden, with a continuation of lessons in Zen by painting cheerful and affirmative messages on rocks as part of the broader, nationwide Kindness Rocks Project.

“Students feel more confident, more in touch with themselves. It’s just the beginning.”