Kleinman turns the real into the fantastical 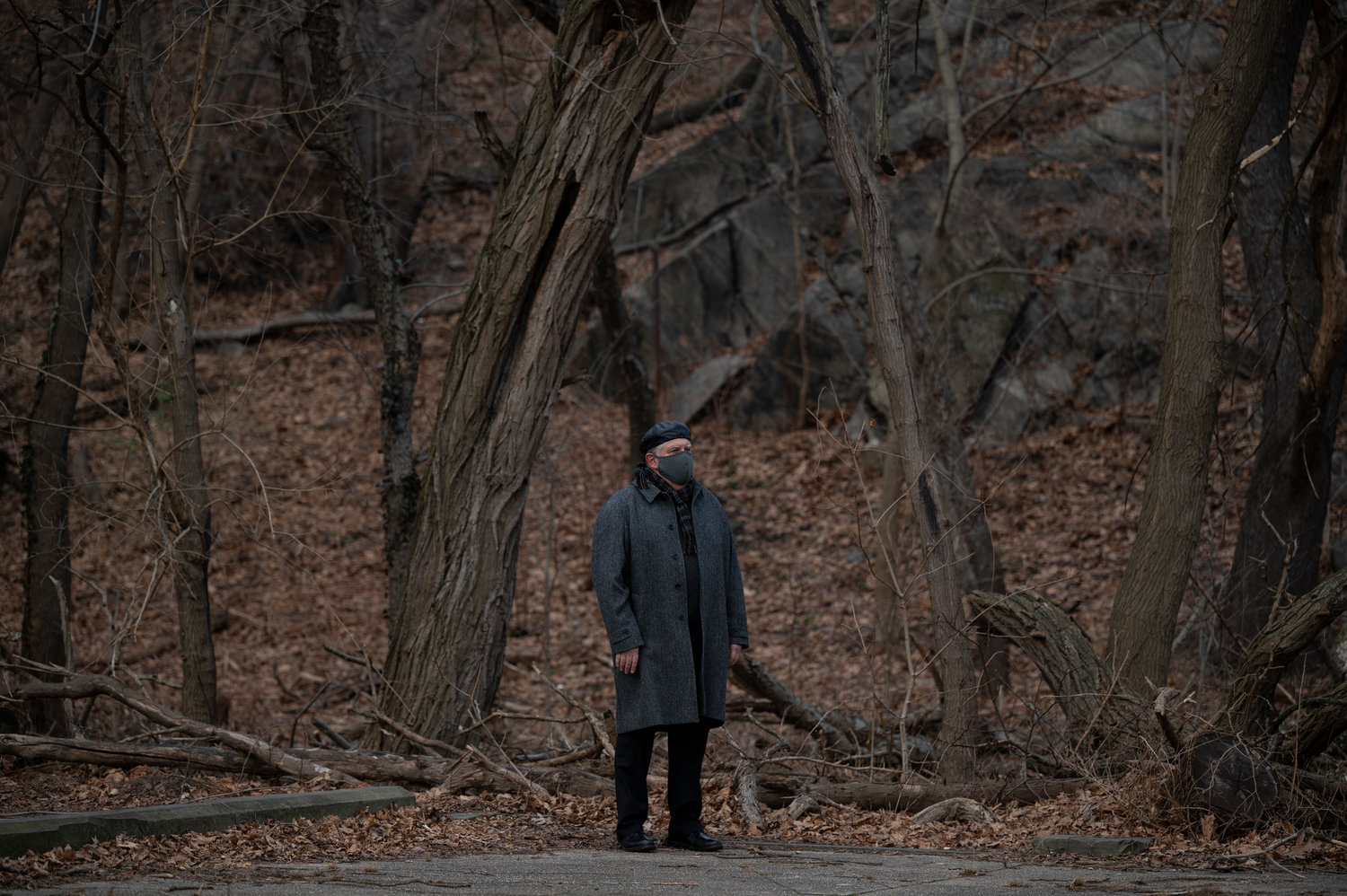 Author Marty Kleinman says he likes to take things that really happened to him and people he knows and spin them into fictional narratives. This is what Kleinman did with his new collection of short stories, ‘A Shoebox Full of Money,’ which came out in January.
HIRAM ALEJANDRO DURÁN
By ETHAN STARK-MILLER

Growing up or living in New York City orients people a different way from those in rural areas. At least that’s how Marty Kleinman feels.

This is the guiding theme of “A Shoebox Full of Money,” Kleinman’s new collection of New York-focused short stories released earlier this month. Inside are 20 stories loosely based on things that happened to Kleinman, his family, his friends’ families, or even things he read about in a newspaper.

Kleinman uses the real-life events as a jumping-off point to craft fictional stories that go far beyond what really happened.

For instance, “Bess Myerson and Her Fancy-Schmancy Mink Coat” takes a real story relayed to him by one of his North Riverdale neighbors, turning it into his own piece of fiction.

The real story Kleinman was told took place in 1945 when Bess Myerson — the first Jewish winner of the Miss America Pageant — returned home from the contest in Atlantic City. Myerson strode across the courtyard of the Shalom Aleichem Houses while people hung out their windows cheering for her.

“I heard this story when I moved here and I was like, ‘Well that’s going to be a story,’” Kleinman said. “So, from there I invented this whole world of what happened to her in Atlantic City. How she got screwed out of her winnings. How she was unhappy with her family. And how she basically had a coming-of-age moment and realized that her small corner of the Bronx was just the beginning, and she had to go further afield to realize her true potential.”

Nothing in Kleinman’s story besides the fact Myerson won Miss America is based on anything that actually happened, he said. It’s not journalism and it’s not a mockumentary. It’s taking a real event and making it into something fantastical.

Kleinman started writing at a young age, growing up in University Heights. The young author would stay up late to watch “The Twilight Zone” and then tell his friends what he called the “Marty version” of the plot the next day at school — embellishing and changing many parts of the episode to fit his idea of what it should be.

Kleinman continued to develop as a writer at DeWitt Clinton High School, where he had a couple of supportive teachers who pushed him to keep practicing his craft.

Staying loyal to local public schools, Kleinman went to college at Lehman. There he came under the tutelage of Professor Jerome Charyn — now an internationally renowned author — who inspired him to try his hand at being a professional writer.

Growing up without much money, Kleinman worked various day jobs over the years, mostly working in public relations. He started his own consulting group, Communications Strategies in 1998. But Kleinman kept writing on the side, collecting all of his various stories and notes in stacks of folders that he still has to this day.

Still not quite ready to publish, Kleinman traveled around various Brooklyn venues near where he lived at the time in the mid-2000s, reading his stories to small crowds there. His first reading sometime around 2005 earned a positive reception from the crowd — something that shocked Kleinman.

In fact, that reception came in the form of thunderous applause. “I was like, ‘Oh my God, they actually like this?’”

“Like, you can have a great job or whatever, but if you have problems at home — or if you have issues with relatives — it’s going to push you to act at work a certain way,” Kleinman said. “It’s going to color how you relate to your children. I mean, the family drama is everything.”

The title story of “A Shoebox Full of Money” is entirely about family drama, Kleinman said. It focuses on a bitterly divided family after one side gave money to the other for safe keeping during the 1930s, only to find out decades later the other side spent all of the money.

This created a rift that rippled through generations of the family and never healed.

“Every family has their take on it, has their own problems that filter through the generations,” Kleinman said. “And it’s amazing that it’s like a universal theme.”

“Shoebox” is quintessentially about the New York City experience, Kleinman said. The stories all use the city as a character, and that informs the way the human characters behave.

The book’s opening story, “The Tape,” chronicles Kleinman’s experience on Sept. 11, 2001, and is one of his favorites.

He tells the story of a young couple trying to make their way in New York City, both before and after Sept. 11 — and how the attack fundamentally changed life in the city.

It’s not easy to promote a new book during a global pandemic, Kleinman said, but he feels he’s giving people something to distract themselves over — and maybe even bond.

“A Shoebox Full of Money” can be purchased from a variety of booksellers, and also at MartyKleinman.com. He’s also planning a virtual reading of stories from his book on Feb. 3 at an event hosted by Riverdale Temple.