Last chance to get up and dance 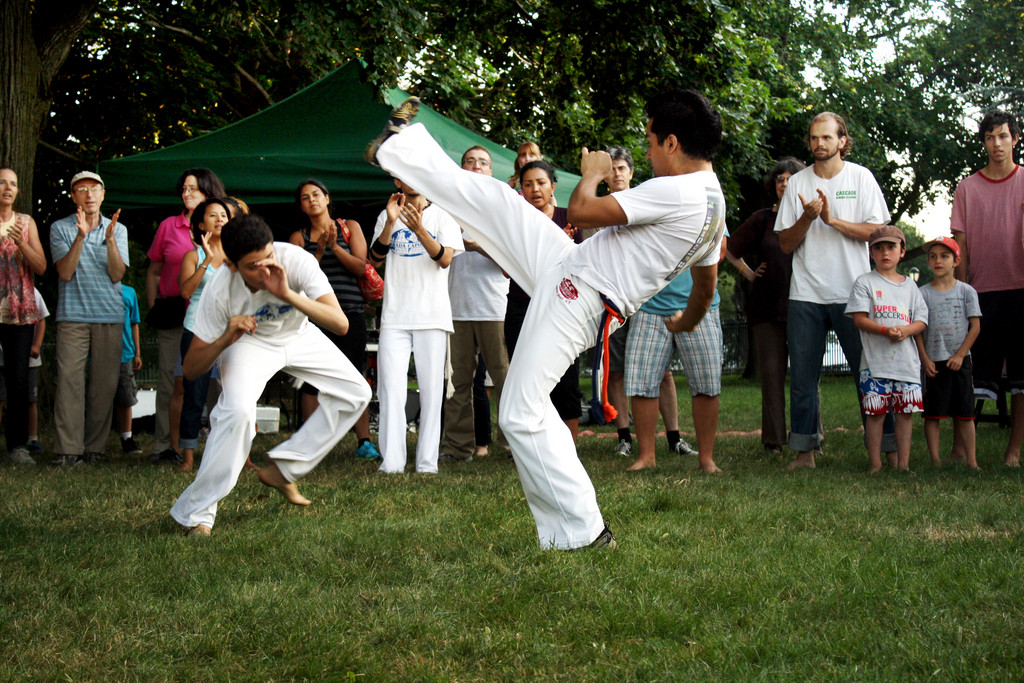 Capoeira dancers show off their moves at a Barefoot Dancing event at Van Cortlandt Park.
Annie Zegers / The Riverdale Press 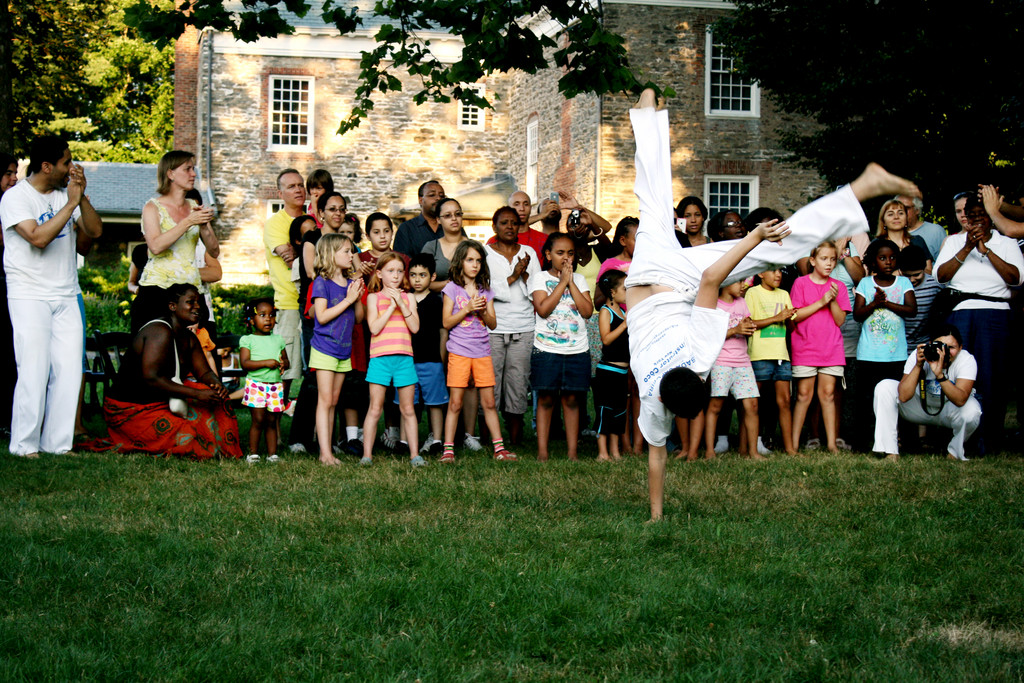 A capoeira dancer handstands for an audience at the Barefoot Dancing even in Van Cortlandt Park on July 14.
Annie Zegers / The Riverdale Press
Previous Next
By Mia Wendel-DiLallo

Young and old left their shoes on the sidelines and moved their bodies to the rhythm of West African dance music pulsating across a lawn in Van Cortlandt Park last week. The week before, it was Brazilian capoeira.

The music, performed by the Guinean group Tokounou on July 21 and Abada-Capoeira on July 14, as well as the dancers, were part of the ongoing Barefoot Dancing series hosted by the Van Cortlandt Park Conservancy.

If you missed out on the fun, you’ll have one last chance to participate on Thursday, July 28.

Each Thursday evening, performers demonstrate choreographed dances to live music from around the world. Past weeks have also included Georgian musicians and this week’s performance will feature Japanese Okinawan troupe Sachiyo Ito and Company.

“The outdoors, the exercise and the breeze are so good,” said Ms. Wiltshire, “and it’s free!”

Her granddaughter, 8-year-old Ariana, couldn’t decide whether she or her sister was the better dancer.

They were moving to the sounds of a group led by Guinean-born Sidiki Conde, who lost the use of his legs from polio and learned traditional dance steps using his hands to take part in his village’s coming-of-age ceremony.

The artist, who recently received a lifetime achievement award from the National Endowment for the Arts, was the very first to perform at the Barefoot Dancing series in the park five years ago.

For years, the series was held at Wave Hill, the public riverfront estate on Independence Avenue, but moved to a larger space on the Van Cortland House Museum lawn to accommodate its rising popularity, according to Ms. Perron.

“I just come here with my friends and my family and we enjoy the music and dance,” said Angelina Parrales, 9, who has been attending the events for years. This time, her 5-year-old sister and 13-year-old cousin joined her.

“What better way to celebrate the park than taking your shoes off and meeting the grass,” Ms. Perron said.