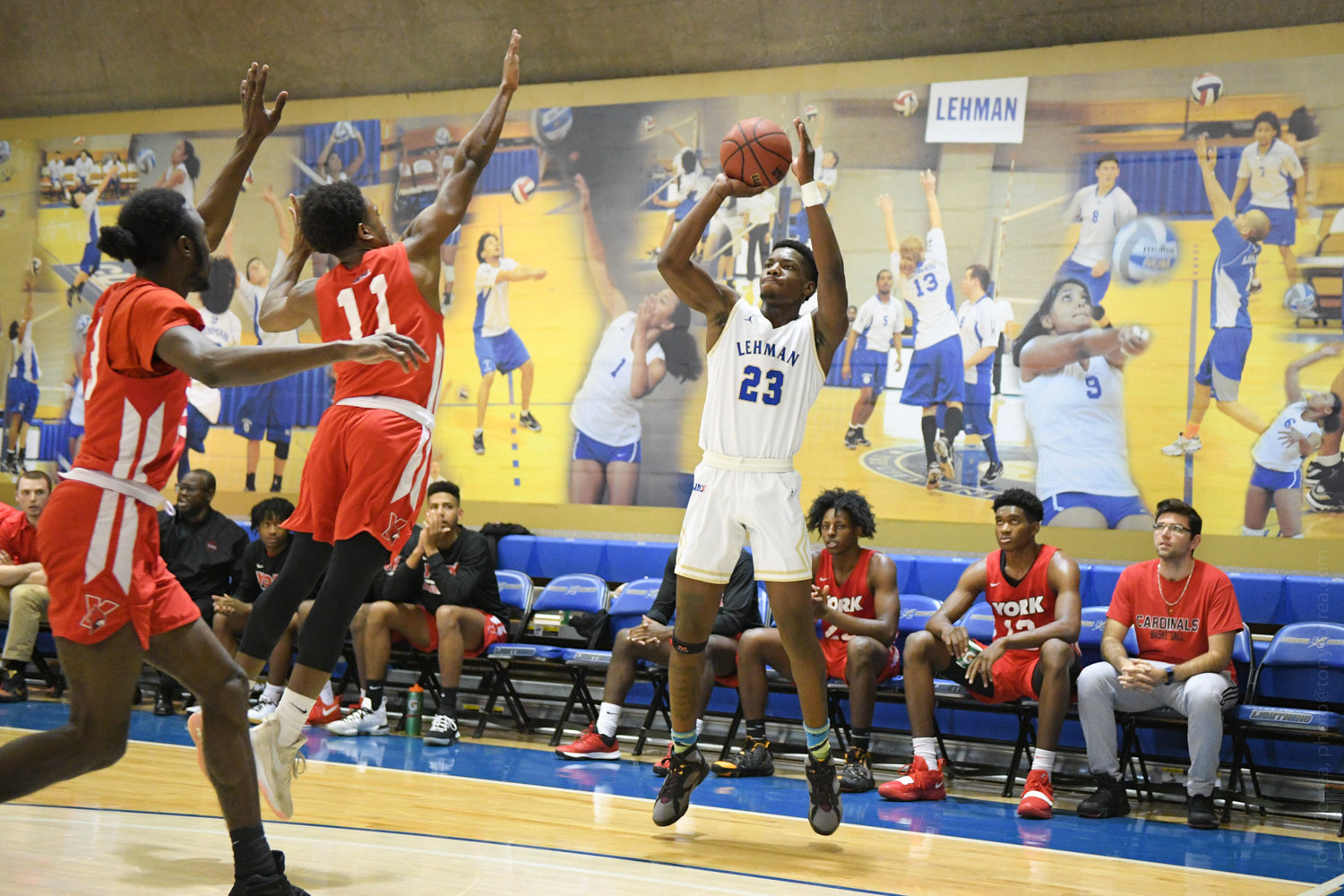 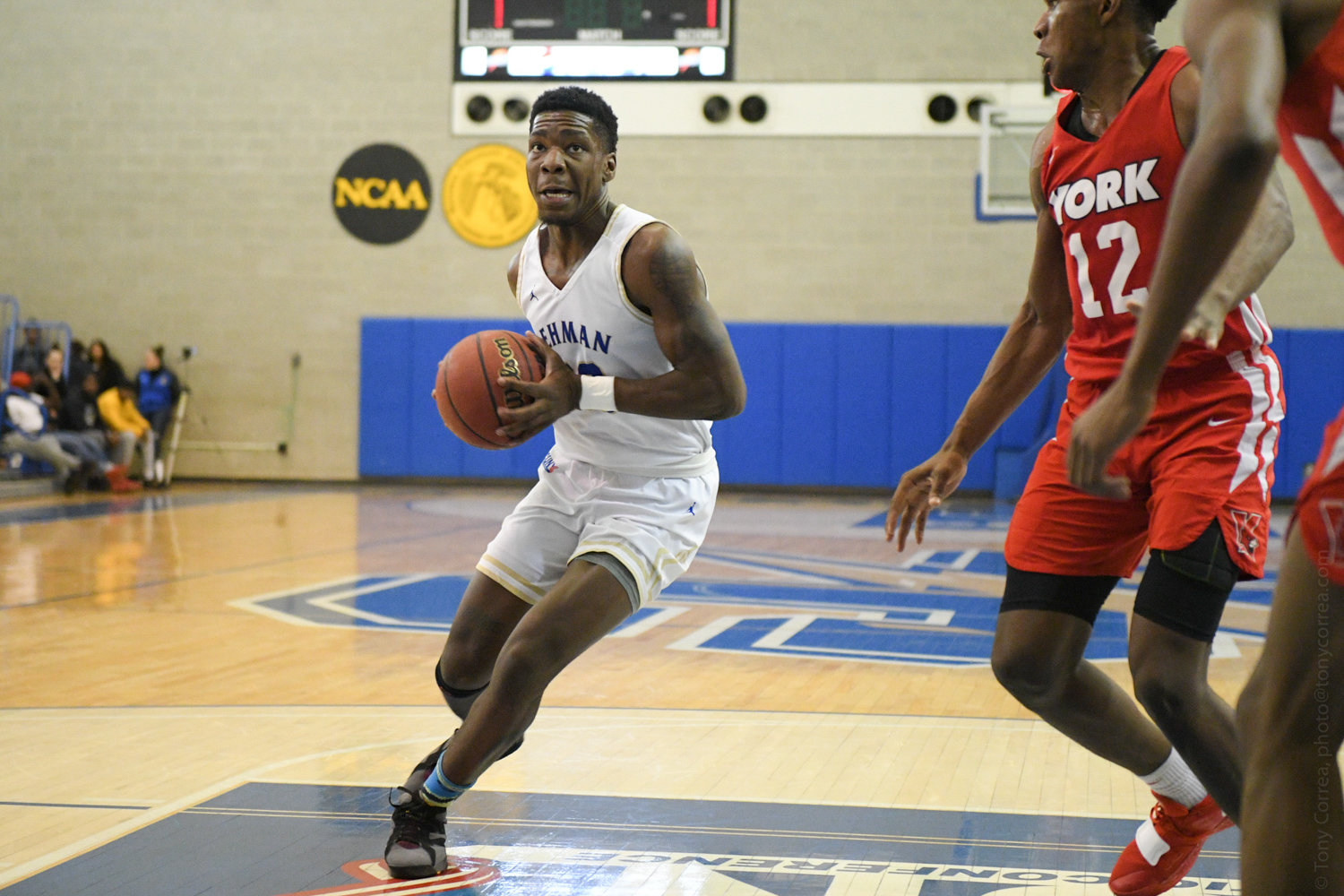 If the Lehman College men’s basketball team is to erase the memories of last year’s forgettable season, the one thing the Lightning needs to avoid are injuries — especially to key players.

But just six minutes into its CUNY Athletic Conference season-opener against John Jay, Lehman was forced to face the loss of a key cog in its machine when starting point guard Will Feldman went down with an ankle injury during a layup attempt. The injury required teammates Gian Batista and Angel Nunez to carry him off the court, and with Feldman gone, so were the Lightning’s chances at a victory.

John Jay used an 18-4 run to close out the first half, then steadily pulled away after halftime before handing Lehman a 77-68 defeat at The Apex.

“I just never felt pain like that,” Feldman said after the game, his ankle encased in an oversized ice wrap. “I wasn’t sure at first what I’d done.”

Feldman was diagnosed with a high ankle sprain and will be sidelined for an undetermined amount of time, according to head coach Steve Schulman.

“It’s a bad sprain,” Schulman said. “It could keep him out anywhere from a week to sometime next semester.”

It was a punch to the gut that Lehman couldn’t recover from.

“It was tough to lose Will like that,” said junior Isaiah Geathers, who led the Lightning with 19 points and 10 rebounds. “But at halftime we talked about how we have to stay together and play for Will, and how we had to fight back. We just tried to stay positive.”

Lehman got a quick offensive bump after Feldman’s departure, building a 26-17 lead midway through the first half. But that’s when the Bloodhounds embarked on their decisive 18-4 run to build a 35-30 lead at intermission. The second half then saw John Jay’s lead surge to as large as 15 points, and the Lightning could never get any closer than seven points in the final 10 minutes.

“Physically we’re fine, but it’s tough mentally for us. We just need to learn to be tougher.”

What his team lacks the most at this point, Schulman said, is conviction.

“Right now we have a lot of new bodies and we’re not confident,” he said. “Every game we’ve played has been similar to this one. Even in the Rowan game (an 85-54 season-opening road loss), we were up 10 with 17 minutes to play in that game and we lost by 30. So we just need to get tougher.”

It’s also a case of Lehman’s past successes coming back to haunt them, Schulman said, as he’s finding it difficult to schedule opponents who want to come to The Apex to battle the Lightning.

“Because we had a bunch of good years in a row, we can’t find a lot of teams to play in our non-league schedule,” he said. “So we’re playing better teams on the road and we lost those games, and these guys can’t find their confidence. They don’t know the difference between Rowan and John Jay. So we lose to Rowan, King’s (College) and Purchase who are all very good teams, top teams, and it hurts their confidence. So we just need a win for their confidence.”

Mo Idrissou led Lehman with a career-high 20 points, Gian Batista added 17, Alex Hanson posted a near double-double with 12 points and nine rebounds, and the tandem of Basheeru Camara and Geathers logged 10 points apiece as the Lightning built a 47-28 lead at halftime and never looked back.

The victory over York squared Lehman’s CUNYAC mark at 1-1, and with no conference games scheduled until a matchup at Medgar Evers on Jan. 4, there is ample time for both Feldman to heal and for the many new faces dotting the Lightning roster to become a more cohesive unit.

Then Lehman can not only take a shot at the CUNYAC regular-season title, but also erase the memories of the more recent forgettable season.