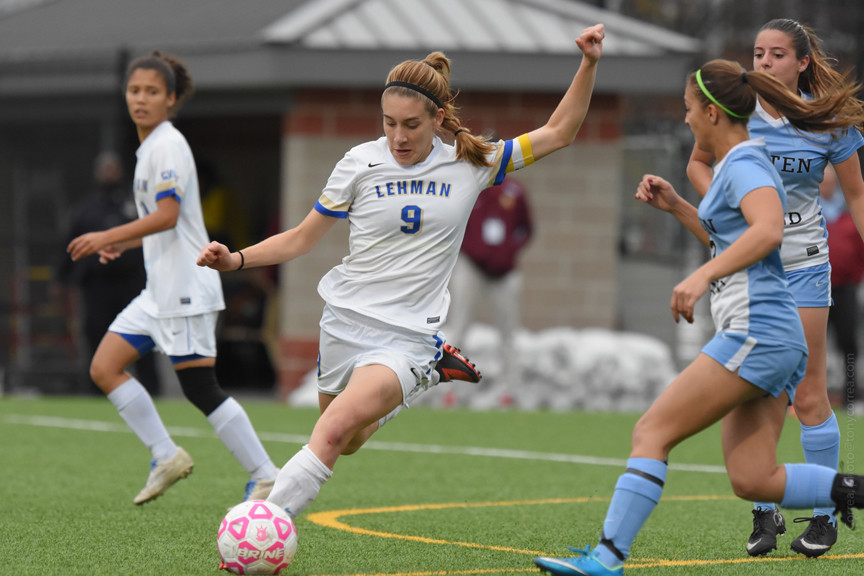 Juliana Generoso’s Lehman College women’s soccer team didn’t quite achieve its goal of being the last team standing in the City University of New York Athletic Conference (CUNYAC) this past season when the Lightning lost in the conference tournament championship game.

But she will get to achieve another “first” of sorts when Generoso joins a group of other CUNYAC student-athletes who will be embarking on CUNY’s Goodwill Tour to Cuba later this month, making her one of the first Americans to visit the Caribbean island nation in over 50 years.

As you might expect Generoso is elated at her opportunity to be part of this historic trip.

“Absolutely. I definitely do feel fortunate because I’m the only athlete from my school going,” Generoso said. “I’m very grateful that I got picked for this trip.”

One student athlete from each of CUNY’s four-year and community college campuses was selected to join the Goodwill Tour and Generoso was stunned when she was informed that she would be Lehman College’s lone representative.

“My coach [Casey Melilli] just asked me if I’d be interested in going so I just said yeah,” said Generoso, who was second on Lehman this year with 13 goals and 31 points this past season. “The trip was supposed to originally be around Christmas break and we were going to be there over New Year’s as well. But then it got switched to Spring Break. When my coach told me I was going I was thrilled. I’m just so excited to be part of this.”

As you might expect, Generoso is the target of some playful jealousy among her friends and teammates at school.

“Yeah, they’re all wondering why I got picked and I said, ‘Well, I got good grades so I get to go,’” Generoso said laughing.

The recent easing of tensions and travel restrictions between the United States and Cuba opened the door for CUNY to make Cuba this year’s destination for its’ Goodwill Tour. In recent years the tour has seen CUNY athletes travel to such places as Ecuador, the Dominican Republic, Argentina, South Africa and Italy. But because Cuba has been off limits to Americans for over half a century, this year’s Goodwill Tour holds a higher level of excitement for the participants.

“Every time I mention the trip to someone they’re very surprised,” Generoso said. “They ask me am I really allowed to go and am I scared of going. I’m not even American actually. I’m from Brazil, I was born and raised there. I’m not an American citizen but I’m a permanent resident. But I think this trip is going to be really cool.”

The trip was arranged by CUNYAC Commissioner Zak Ivkovic, who also organized each of the other Goodwill Tour trips.

“Our Scholar-Athletes will have an extremely rare view of America’s playground of the 1950s,” Ivkovic said. “Cuba is a place which many consider to be an exotic, lively place where time stood still with a population that is warm, resourceful and defiant. This is indeed an opportunity that very few Americans can say they have seen and enjoyed since the late 1950s.”

There is a small amount of trepidation on Generoso’s part in that she, like the rest of the student-athletes making the trip, don’t know each other, which will make for a learning experience even before the group sets off to Cuba on April 21.

“We’ve had one meeting so far so it’s not like I got to talk to them too much,” said Generosa, who helped lead Lehman to an undefeated regular season in the CUNYAC this past year. “It’s a variety of different athletes from different sports from all the different schools going on the trip. I remember playing against one of the girls who is going (Sciencia Metelus). She played for Medgar Evers. But I personally don’t know any of the other athletes that are going on the trip.”

While in Cuba the student-athletes have a full daily schedule to keep them busy. They will tour the city of Havana and learn about the Cuban culture and customs. They will also visit the port in Old Havana, get an up-close look at the 1950-era cars that dominate the streets, visit Capital Square, trek out to the Pinar del Rio region on the west coast where the tobacco for the famous Cuban cigars is grown and have a meet-and-greet with Omar Linares, considered one of the greatest Cuban baseball players of all time.

They will also conduct sports clinics for children as well as visit local hospitals.

The group will leave for Cuba on April 21 and will remain there until May 1. It’s a trip Generoso never could have believed she’d be part of even just a few months ago.

“I never even imagined going there because of the relations we’ve had with Cuba. It just never seemed that it would ever be possible,” Generoso said. “No one ever thought we’d be able to go to Cuba. So it just came to me as a complete surprise.”

It’s a trip of a lifetime and one Generosa is sure to share with her jealous friends back on campus when she returns from her historic trip to Cuba.

“I’ve travelled in the States before but this is definitely different for me so I’m sure I’m going to remember this trip for the rest of my life,” Generosa said. “This is such a great opportunity for all of us to see Cuba.”

Woodlawn’s ‘Courts of Dreams’ is realized