Liebman’s latkes sizzle every year during the holidays 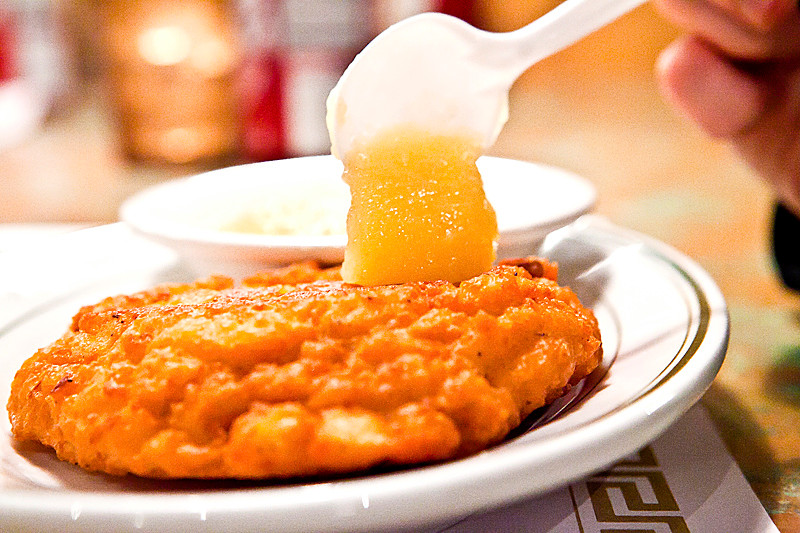 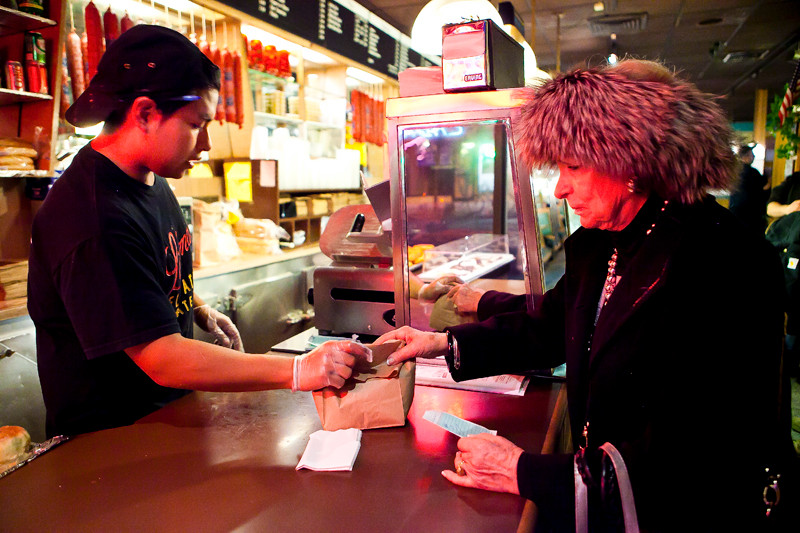 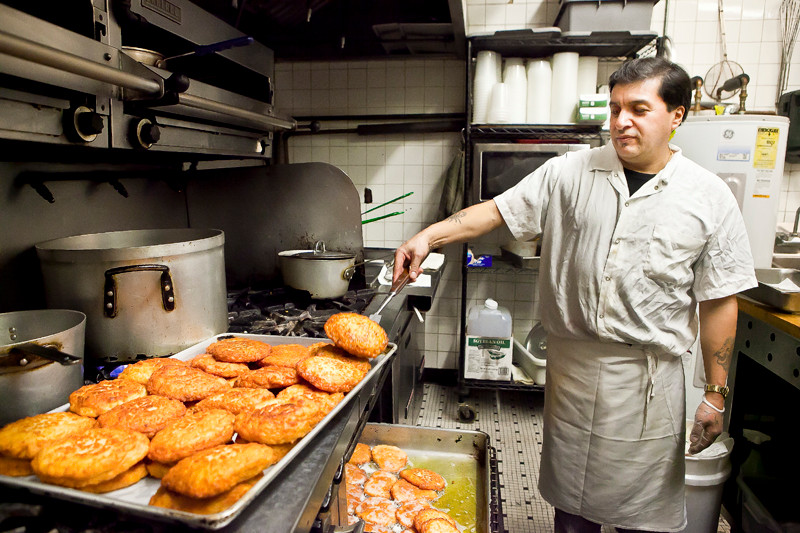 Once fried he places the latkes into a dry baking tray.
MARISOL DÍAZ/THE RIVERDALE PRESS 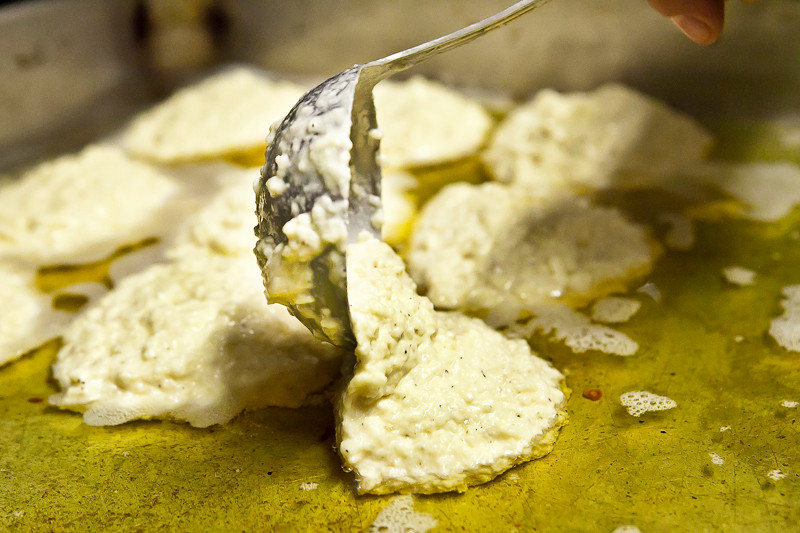 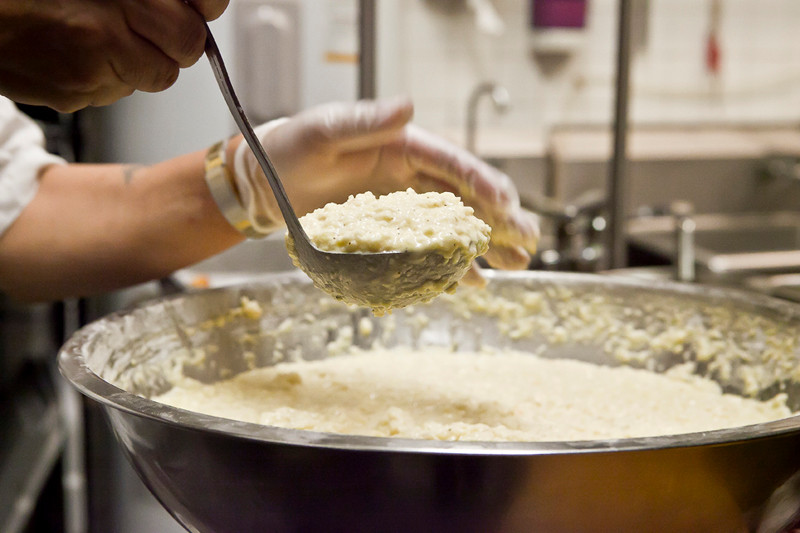 Mr. Pena, 49, first encountered the fried potato pancakes traditionally served during Hanukkah when he started as a dishwasher there. Then, he worked his way up to the head chef position by learning from “the real old timers.” He mixes up the same latke batter the Riverdale restaurant debuted when it opened in 1953.

Demand for Leibman’s bagel-sized latkes soars during Hanukkah. The Jewish holiday commemorates a group of Israeli rebels’ triumph over a Syrian-Greek Emperor who outlawed Judaism in Israel around 168 B.C. After the victory, the Jews were eager to rededicate their temple, but only managed to scrounge up enough olive oil to light the synagogue for one night. Somehow, the flames lasted for eight days. Today, Jews remember this miracle by lighting menorahs and enjoying potato latkes fried in oil and topped with sour cream or applesauce.

Mr. Pena flips 2,000 latkes a day during the holiday, Leibman’s meat grinder slices hundreds of cubed potatoes each morning and the deli delivers latkes from Washington Heights to Westchester, according to its manager Art Rabin.

The crispy crust and dense, savory interior have made Leibman’s latkes a hit with Riverdalians as well.

Leibman’s wouldn’t discuss its recipe in detail, but the deli divulged a few tips. Mr. Pena said caramelizing onions before mixing them into the batter helps give latkes a sweet flavor.
He balances that with a pinch of pepper and sugar.