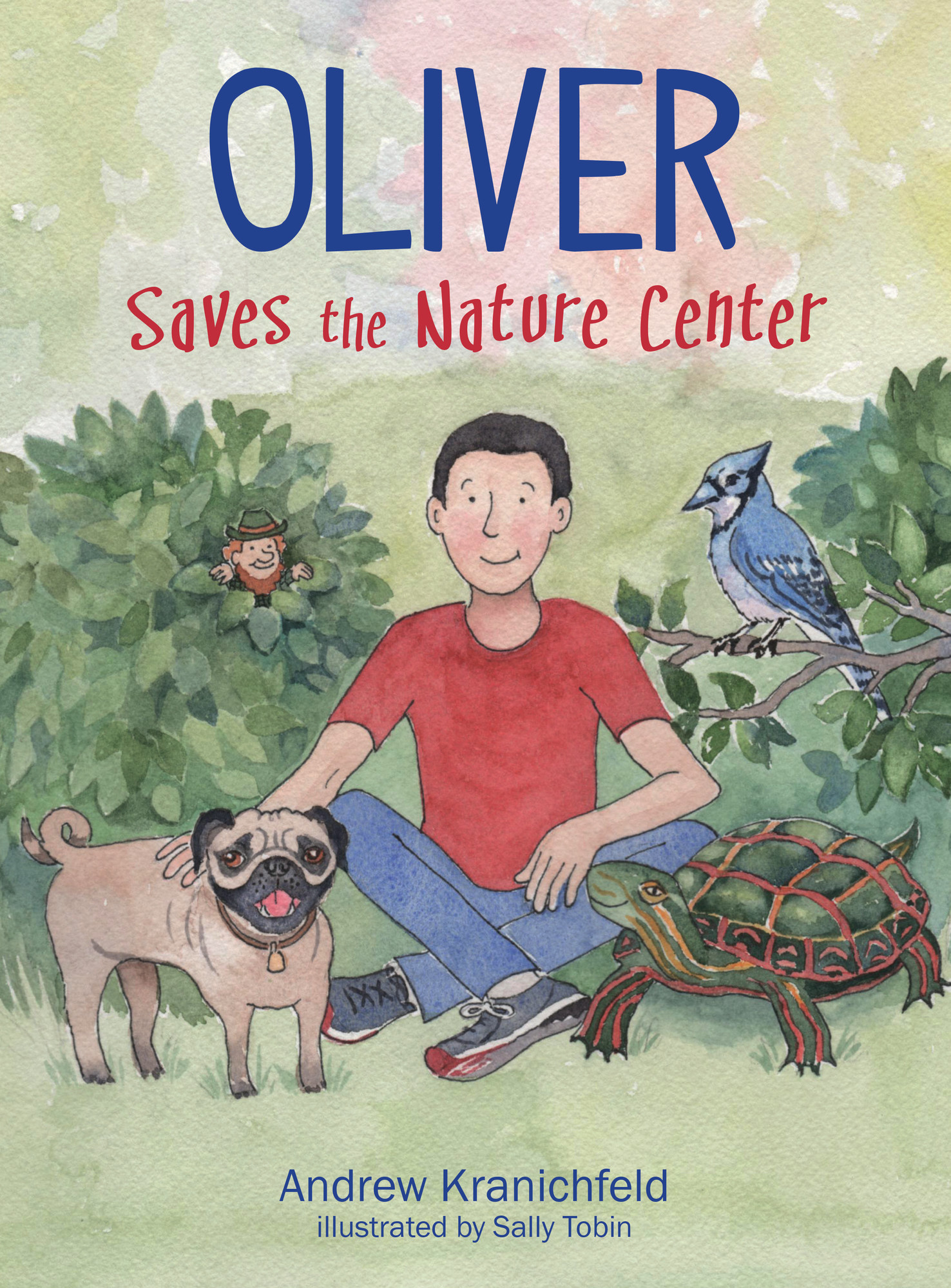 Kingsbridge resident Andrew Kranichfeld has just published his second children’s book, called “Oliver Saves the Nature Center.” Just like his last book, “Karen’s Garden,” the plot is partially based on fact: his brother Oliver did in fact work at a nature center in Rye, New York, and Mr. Kranichfeld and his friends make an appearance on the pages. But things take a fictional turn when a talking turtle shows up, showing Oliver that nature needs his help.

“It’s very educational, but I tried to add some humor,” explained Mr. Kranichfeld. “That way you can enjoy learning.”

He also added puzzles, “I spy” games and a glossary to the book, to keep young readers engaged while they learn about recycling, composting and other environmentally-friendly practices.

After publishing his last book, Mr. Kranichfeld visited elementary schools up and down the Eastern seaboard, including several in the northwest Bronx. At first, he planned just to talk about gardening and the importance of fruits and vegetables, but he quickly realized the students had questions for him about something else: the fact that he is blind.

“So the program sort of evolved into being half about gardens, and half about the cool technology I use to write the book and in my daily life,” he said.

He shows them apps on his iPhone that use the device’s camera to tell him what color his clothes are, or a bill’s denomination. During these talks, he came to understand that most children do not personally know someone who is blind.

“It’s good for the children to get to know that I’m a normal person, I just have one less sense than them,” he said.

Mr. Kranichfeld plans to continue his talks at schools now that his new book is out. His first work was geared toward students in preschool to second grade. He wrote “Oliver Saves the Nature Center” for fourth- and fifth-grade students, so he hopes to meet a whole new group of children this time.

“Oliver Saves the Nature Center” is available through various online booksellers and through the author's website.