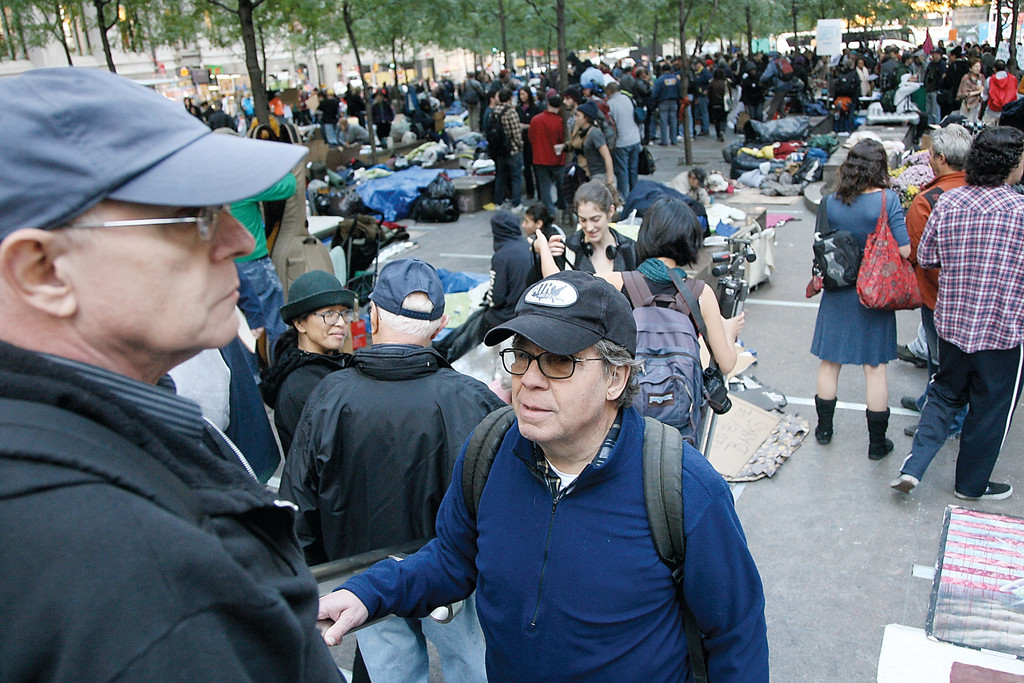 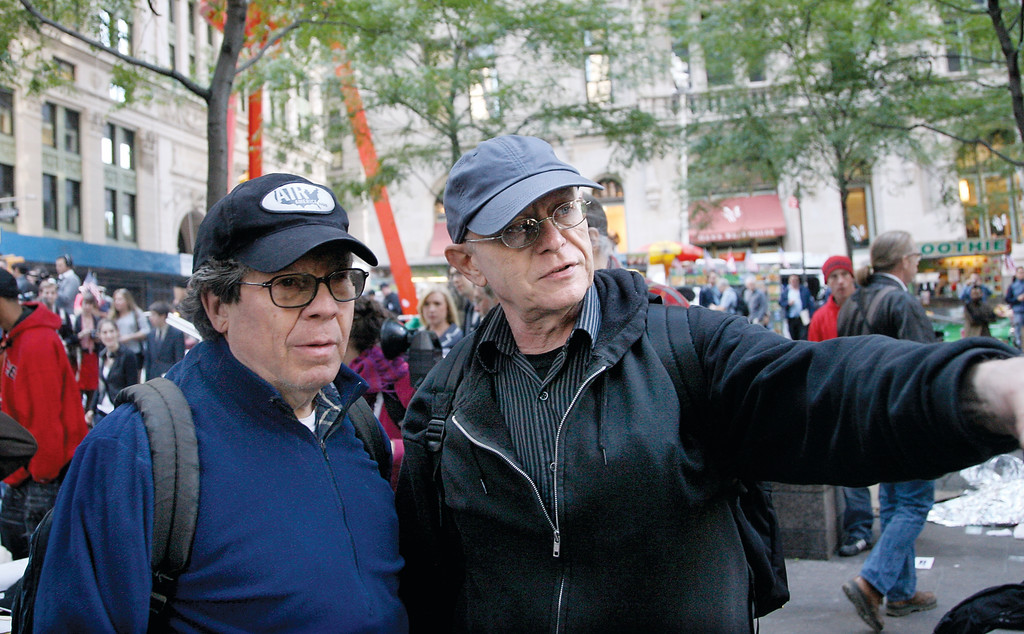 Riverdalians Lenny Morgenstern, left, and Gene Binderreview traveled to Zuxxotti Park on Oct. 7, where a protest is in its fourth week.
Conor Romero
Previous Next
By Adam Wisnieski

Five members of the small grassroots political group Northwest Bronx for Change met at the 238th Street No. 1 train station on Oct. 7 to begin their journey downtown to Occupy Wall Street.

About 45 minutes later, they got off at Rector Street and walked a few blocks to Zuccotti Park, where a protest in its fourth week is now getting national attention and spreading to other cities.

Zsa Johnstone-Mosher carried a folded poster board with her that read, “Spend my taxes on education, jobs, medical care, green energy, not on the military to protect oil corporations overseas.”

“This is about as short as I could be,” she said.

Her sign echoed the spirit of the ongoing protest, which has been both criticized and heralded for its broadness and for not embracing any one set of demands.

The overarching theme, however, remains: “We are the 99 percent.” That’s to say, not the percent that, depending on the statistic, controls more than 40 percent of the nation’s wealth.

For a few hours, the group explored the park and its inhabitants — some of who have been there since Sept. 17 — talking to organizers, getting information, making parallels with their own group and offering advice.

Riverdalians Gene Binder, 66, a retired schoolteacher, and Lenny Morgenstern, a retired worker for the IRS, walked around Zuccotti Park and got a lay of the land.

Just after 10 a.m., many Occupy Wall Street protesters were rolling out of their sleeping bags and making their way to the kitchen area to get a hot cup of coffee.

The place, swarmed with cameramen and photographers, has become a hotspot not only for media, but for tourists as well. And with the tourists came guys selling “I heart New York” T-shirts and miniature Statues of Liberty.

Mr. Binder approached the welcome table and met Christopher Guerra, 27, from New Jersey, who said the most important rule of the protest is to always have clean socks.

Then talk turned to the future of the “movement.”

“Eventually this has to translate into legislation,” Mr. Binder said.

“We’re going up against a juggernaut,” Mr. Guerra said, agreeing.