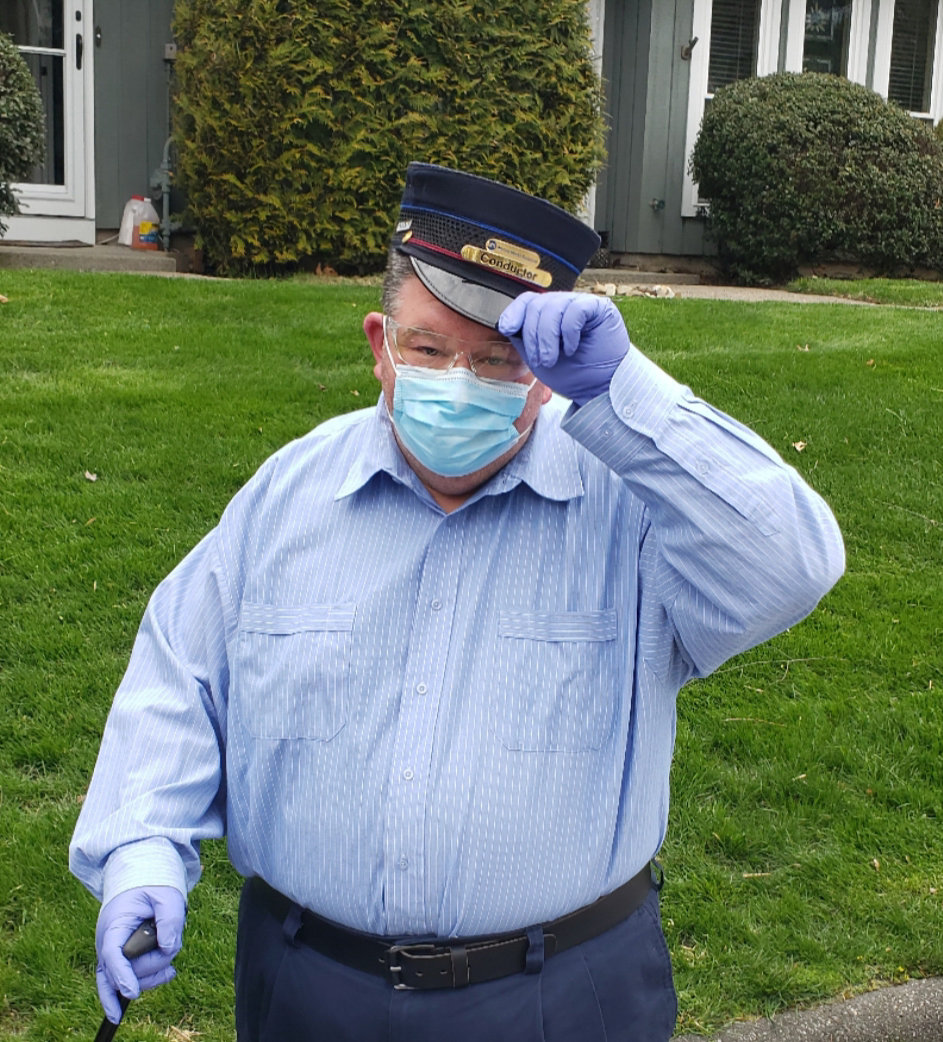 Metro-North conductor Paul Kempner has developed a friendship with frequent rider Muriel Kessler, a lawyer in her 90s, who up until recently, was still commuting to Midtown. Since the advent of the coronavirus pandemic, however, Kessler has stayed home, but she still maintains a friendly conversation with Kempner over text message.
Courtesy of Rosemarie Kempner 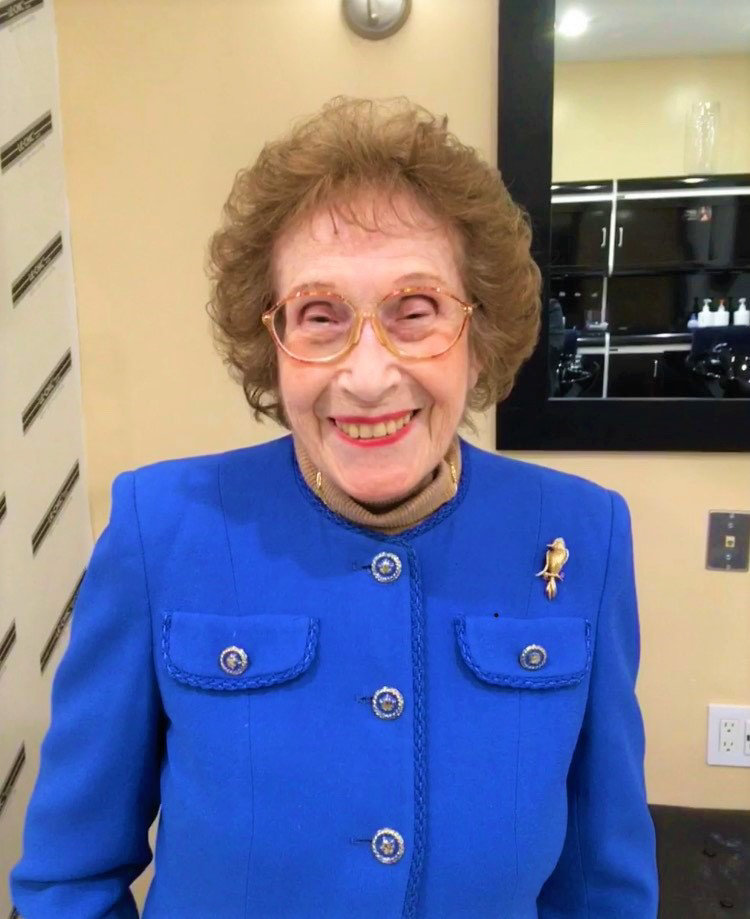 Muriel Kessler frequently commuted via the Hudson Metro-North line to her law firm in Midtown, fostering a friendship with conductor Paul Kempner. In the weeks since she’s been staying home because of the coronavirus pandemic, Kessler has maintained her friendship with Kempner through text message.
Courtesy of the MTA 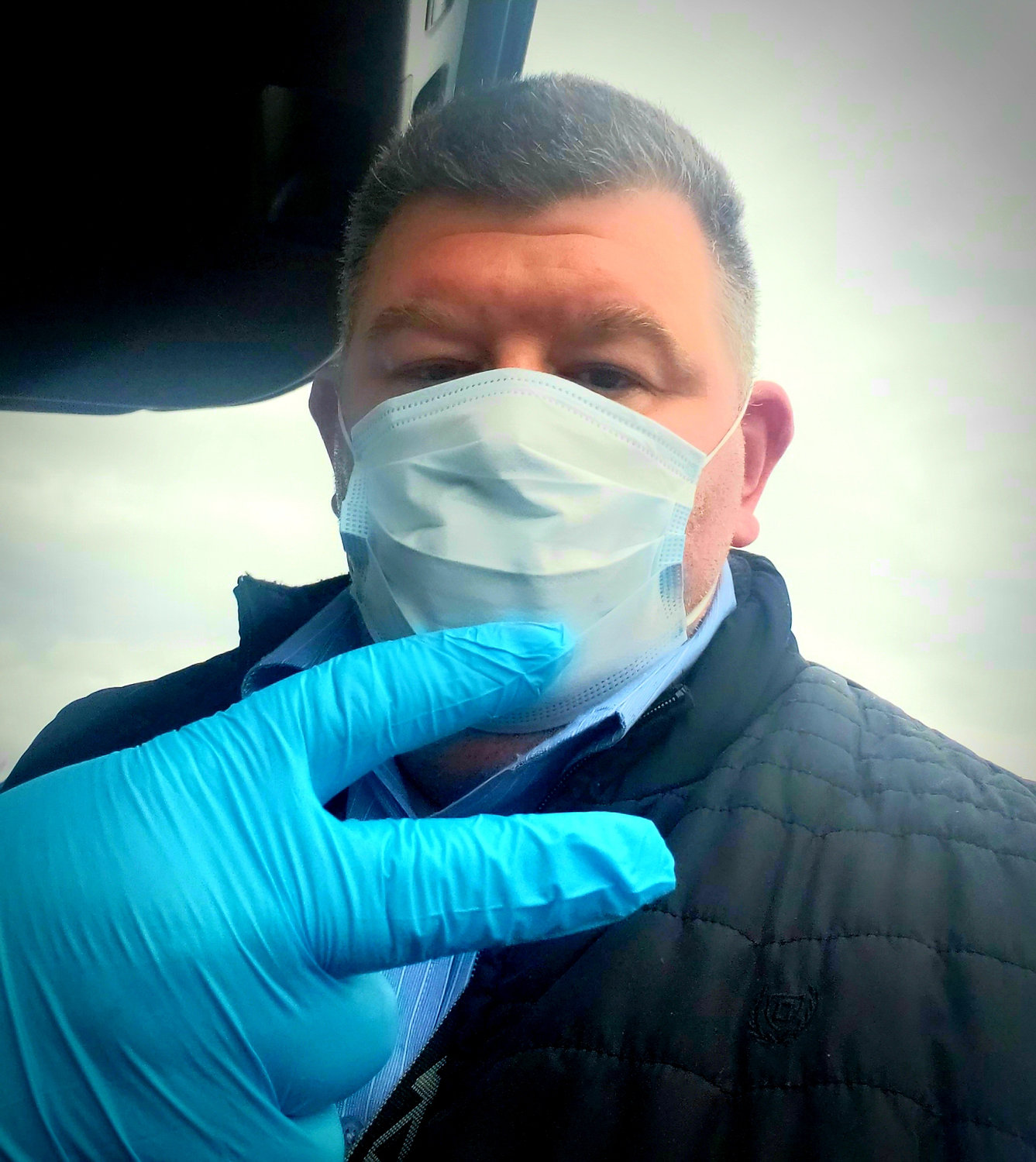 Given his status as an essential worker, Metro-North conductor Paul Kempner is working through the coronavirus pandemic. One of his frequent passengers and friends, Muriel Kessler, no longer takes the Hudson line to Midtown, because as a woman in her 90s, she’s staying home until it’s safe to return to work.
Courtesy of Rosemarie Kempner 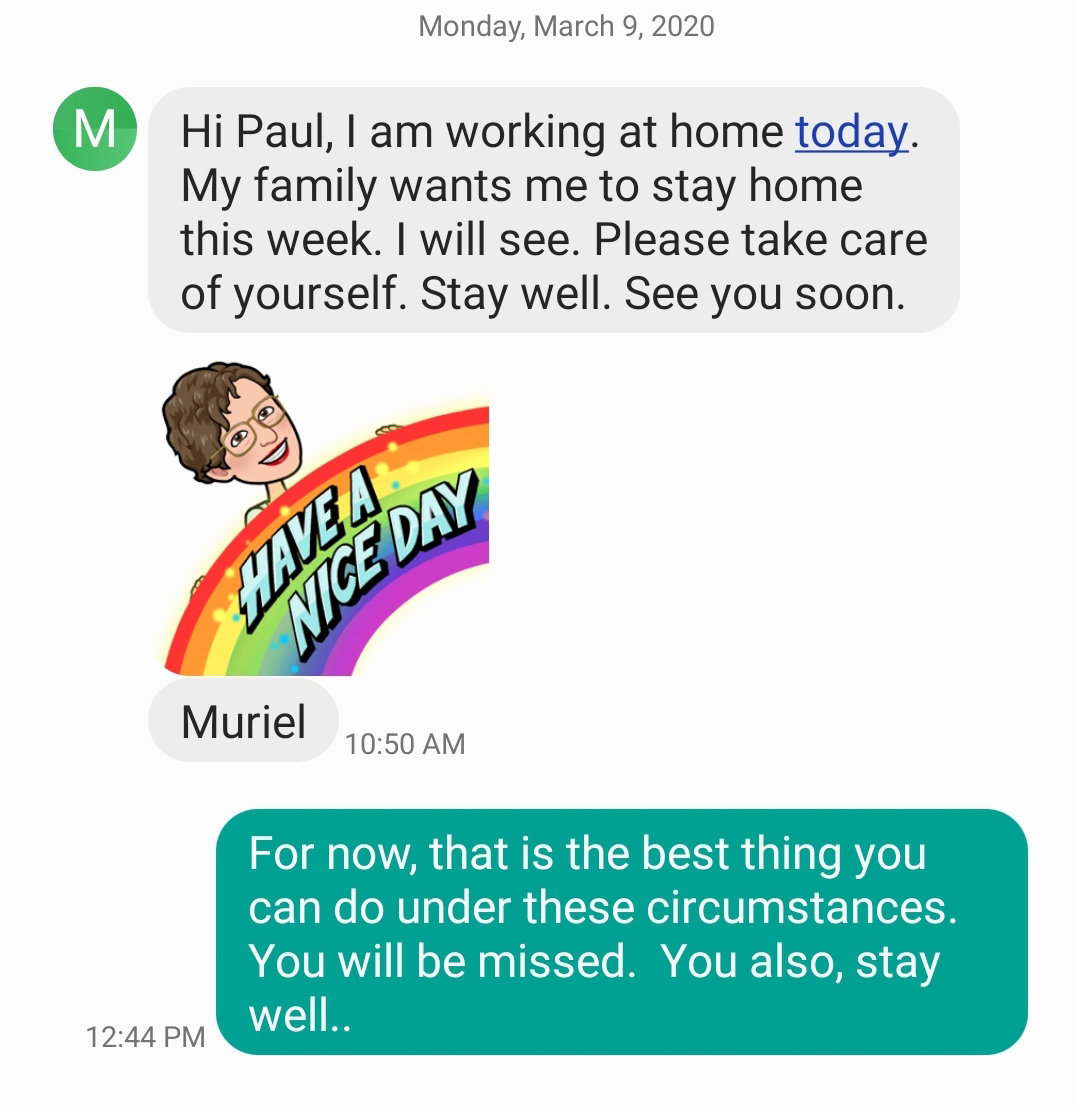 A text exchange from March 9 shows Muriel Kessler informing Metro-North conductor Paul Kempner of her decision to work from home.
Courtesy of the MTA 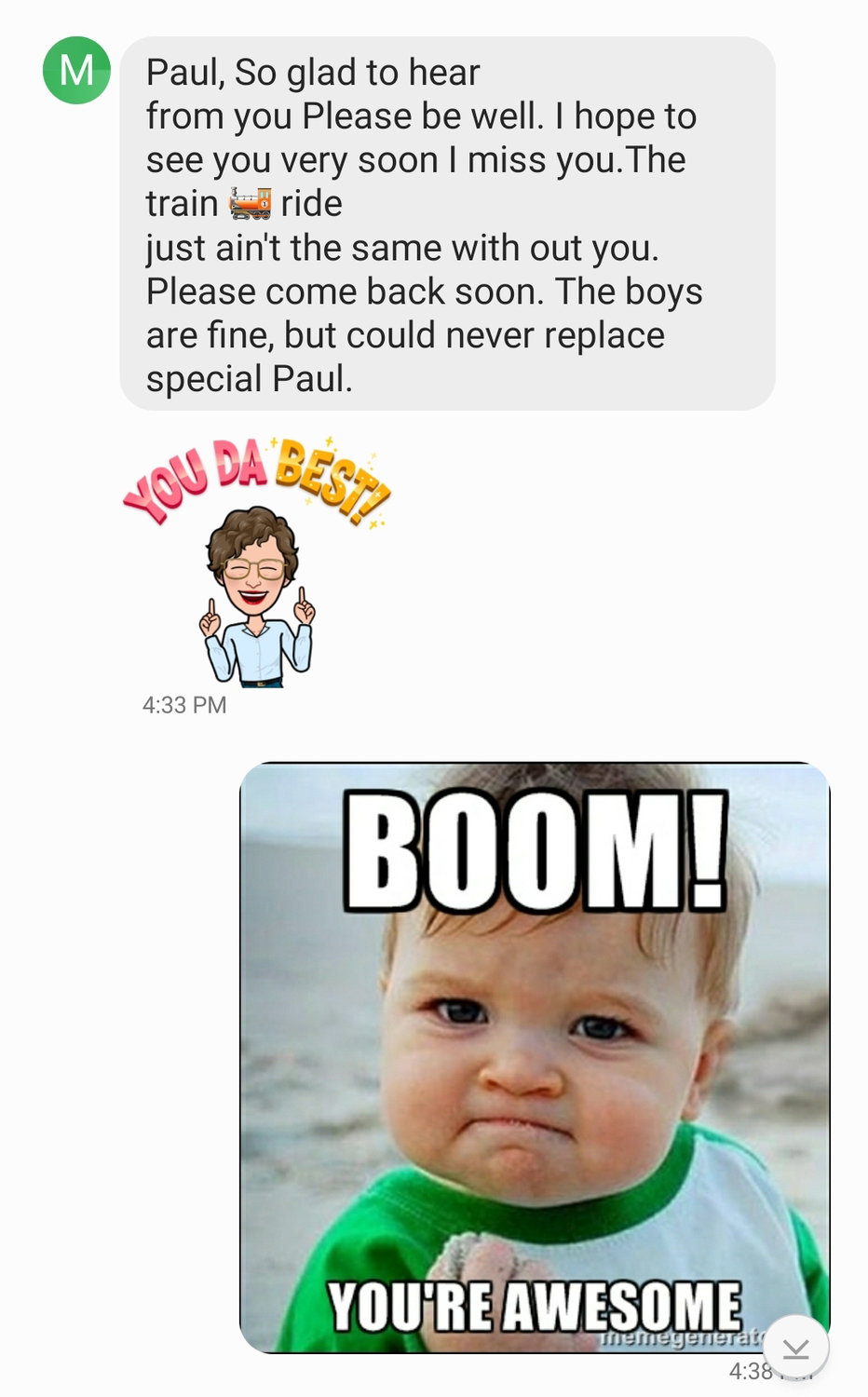 A text exchange shows well wishes between Muriel Kessler and Metro-North conductor Paul Kempner. A frequent Metro-North rider — as well as a still-working lawyer in her 90s — Kessler has stayed home since the coronavirus pandemic gripped New York in early March.
Courtesy of the MTA
Previous Next
By KIRSTYN BRENDLEN

Ridership on trains — especially Metro-North trains — has dropped as much as 95 percent since the advent of the coronavirus pandemic. Among those having to abandon the rails and stay home is Muriel Kessler, who depends on the train from the Riverdale station into her law office in Manhattan.

Kessler is among those in the population considered “vulnerable” in the face of the virus that causes COVID-19. Not because of her insistence on riding Metro-North trains, but because Kessler is still a practicing lawyer — in her 90s.

Before Gov. Cuomo shut down “non-essential” businesses in the state, Kessler would catch the same afternoon train north from Grand Central Terminal. And every afternoon she would say hello to the same train conductor, Paul Kempner. Kessler misses her office, but unlike many, she’s also missing her commute — especially her traveling friendship with Kempner.

“He’s the kindest, sweetest, nicest person I have ever met,” Kessler said. “We got to be talking to one another.”

They started chatting when he would check her ticket.

The two began talking more when she needed help getting off the train at Riverdale. The gap between the platform and the train is particularly wide there, she said — so wide she had seen another passenger fall when trying to step over it.

Kempner — a 21-year veteran with Metro-North — was happy to oblige, and the two started chatting about work, their families, and whatever else was on their minds as the train rattled north.

Once he got to know Kessler, Kempner would meet her at the door as he prepared the train at Grand Central.

“When I open the train up, I’m usually there five minutes earlier,” Kempner said. “Now, especially, I got there 10 minutes earlier because I know she wants to beat the crowds. So then I walk her up the platform, I hold her bags for her, and I bring her onto the train.”

Kempner isn’t doing that now, because Kessler has stayed home. But that doesn’t mean they don’t share with each other what’s happening in their days and their lives. The two aren’t talking over a punched ticket anymore, but instead through text message.

They had swapped numbers, Kempner said, because when he would have a day off, Kessler would check in with the other conductors to make sure he was OK.

“When I came back, and my fellow employees told me Mrs. Kessler was asking for me, and asking about me, I gave her my phone number,” Kempner said. “So that way she didn’t have to ask them, she could have direct contact with me.”

Last month, however, Kessler had something different to text the conductor: She wouldn’t be on the train for a while.

“When the scare came, like March 5 or so, people were talking about the virus. I said, ‘Paul, you have to wear gloves and masks,’” Kessler said.

“He said, ‘They don’t want us to.’ Every time I would see him, I didn’t want to be a nuisance, you know what I think about, and that’s all. I’m not in charge.”

After March 6, Kessler stopped commuting to Midtown. She kept texting Kempner, though, asking about his masks and gloves.

The two have swapped photos from their respective workdays regularly since then, Kessler said. She’s worked from her son’s house since March with some difficulty, as all her files were still neatly tucked away in her Midtown office.

Kempner, on the other hand, is still out on the Metro-North trains nearly every day, although he sees far fewer people than he usually did on his runs with Kessler.

“It’s a strange dynamic where you’re used to seeing a full train during rush hour,” he said.

Kempner and many other conductors get to know their regular passengers, he said, most of whom haven’t set foot on a train for weeks now.

“I can tell you, probably half the people who are sitting on a train, on all four of my trains, what stop they’re going to without looking at their ticket,” he said. “When you don’t see that, it’s a strange dynamic.”

While Kessler was worried on his behalf, Kempner said he wasn’t nervous about servicing the “essential” passengers still depending on the Metro-North.

“I have a job to do, for the people that are taking the trains, to get them back and forth,” he said. “I think if people rush back too soon, it would be a little crazy. But from the aspect of when the passengers are coming back, no. I’m looking forward to who is still working, who would still be taking the trains, what has happened to a lot of people.”

With New York maybe starting some economic opening again by mid-May, Kessler looks forward to getting back to her train and her office. Kempner is just as excited to see his friend again.

“It’s an inspiration when you see (Kessler) — like, other passengers were always asking me about her, like if it was her day off,” Kempner said. “She’s very caring, a very caring, very kind person.”