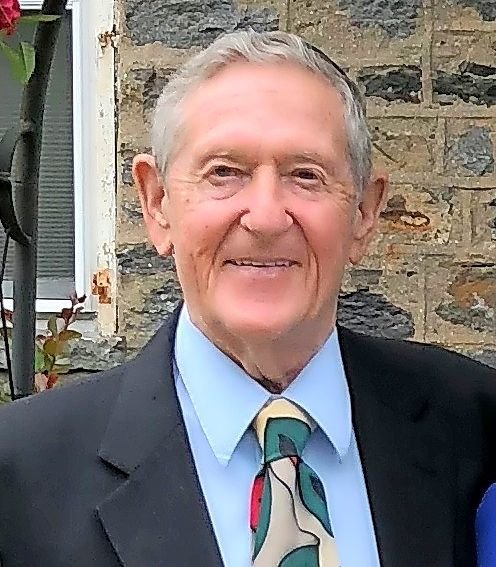 Murray Vogel passed away Oct. 22, 2021, during the Jewish Sabbath — just three days after his 80th birthday.

He was born in New York City and grew up on the Lower East Side. He attended Rabbi Jacob Joseph School and Yeshiva University. He received his master’s degree at Columbia University’s Teachers College.

He married Yvette (Rotenberg) Vogel from the Upper West Side in 1969, moving to Riverdale in 1972, where they raised their family and lived until the present.

When the couple was still new to Riverdale, they lived near the Riverdale Jewish Center where they were active in organizing the Young Couples activities. They had four sons, all who graduated from SAR Academy. When their fourth son was born, they moved from their two-bedroom apartment to a house in North Riverdale, becoming members of the congregation that would become the Young Israel Ohab Zedek of North Riverdale/Yonkers.

He was a science teacher at M.S. 141 — now Riverdale/Kingsbridge Academy — and SAR Academy. He also ran the science fair at RKA where his students won more science fair prizes than any other junior high school group in the city. He placed his students to work in laboratories with scientists, researchers and doctors.

In the 1980s, he was invited to Washington by the Reagan administration to talk about his science program. He also was fondly known as “Mr. Nature,” as the nature counselor at Ma-Tov Day Camp. He and his students were frequently featured in The New York Times, The Riverdale Press, and on the television evening news. Many of his students were inspired to pursue careers in medicine and in the sciences.

He also was known by many as someone who loved to make people laugh. If he hadn’t pursued teaching, he may have ended up becoming a stand-up comedian. In the 1980s, he called local radio station disc jockeys and the Joan Rivers radio show to tell jokes and read monologues that he wrote. It became so common that when he called, they would introduce him as “Murray from Riverdale!”

In 1986, the Vogels were thrust into the spotlight when their rental tenant in their two-family home, Gennadi Zakharov, was arrested by the FBI and was accused of being a KGB spy. The Soviets then arrested American journalist Nicholas Daniloff in Russia, accusing him of being an American spy. It made international headlines for several weeks because President Ronald Reagan and Soviet leader Mikhail Gorbachev were planning to have a summit to discuss reducing nuclear weapons.

Eventually, the two countries traded the alleged spies so the two world leaders could meet.

He took great pride in studying the Torah and Gemara (Talmud). When his youngest son Joey passed away in 2012 after a brief illness, he decided to participate in Daf Yomi — Pages of the Day — the daily learning of the Talmud where tens of thousands of Jews worldwide learn one page of Talmud every day. The learning culminates in a Siyum HaShas — Completion of the Talmud — celebration after the Talmud is completed in a little more than seven years.

Last year, he joined thousands of other participants at MetLife Stadium in New Jersey for the most recent celebration.

He will be remembered as a kind and generous man. He always went out of his way to help not only his friends and family, but complete strangers that he would meet on the street. When people would ask him for money at the Skyview Shopping Center, not only would he help them financially, but he would offer to buy them food and drinks from the local restaurants.

Even when he was battling pancreatic cancer this year, he always thought of others. He would give you flashlight pens and pens that looked like medical syringes to the nurses and doctors who cared for him.

Many years after he retired from teaching, former students would come up to him in Riverdale and tell him how much they enjoy his class, or how he inspired them. Even one of the visiting nurses who cared for him recently at home was a former student.

A funeral was held at the Hebrew Institute of Riverdale, and he was buried in Eretz HaChaim Cemetery in Israel.

He is survived by his wife, Riverdale psychologist Dr. Yvette Vogel, as well as sons Mark and David in New York City, and son Adam, his wife Tovah, and their 10 children in Israel. His youngest son Joey passed away in 2012 at 31.

Donations may be made in Murray Vogel’s memory to the Joey Vogel’s Gifts Foundation, which was founded in his son’s memory. The foundation works to support mental health research and organizations that promote social good.