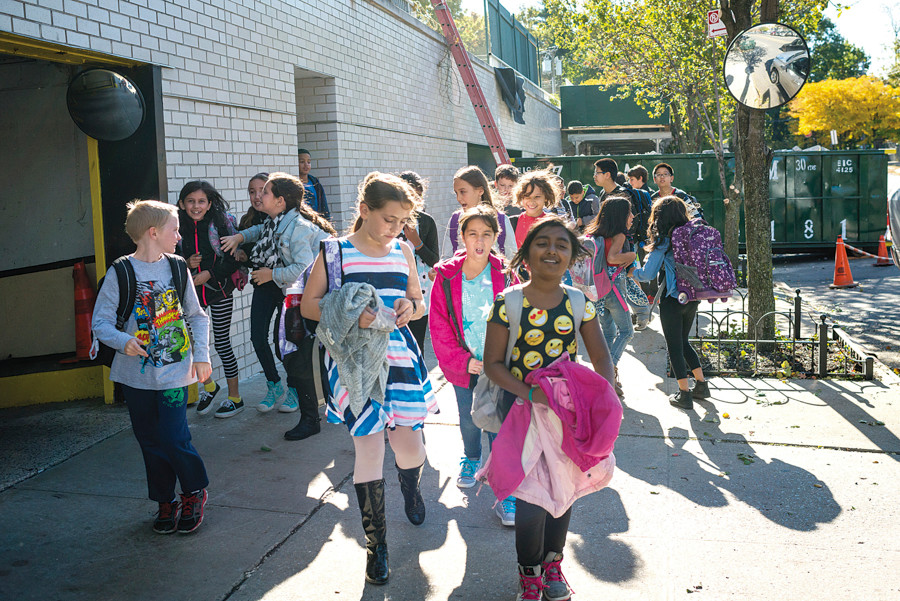 Students from The Spuyten Duyvil School (P.S. 24) leave the Annex in the Whitehall co-op on Monday afternoon, as parents fear they will soon be evicted.
Adrian Fussell / The Riverdale Press 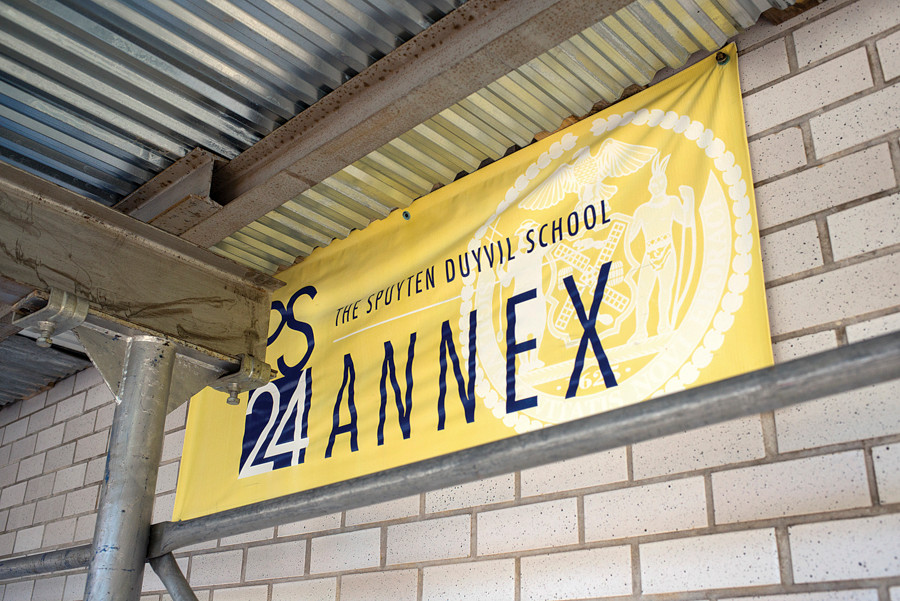 The P.S. 24 Annex on Monday afternoon.
Adrian Fussell / The Riverdale Press
Previous Next
By Shant Shahrigian

Fifth-grade students from the Spuyten Duyvil School (P.S. 24) could be evicted from a space at the Whitehall, a mostly residential building where they have been taking classes, unless the School Construction Authority (SCA) reaches an agreement on extending an expired lease for the rest of the school year.

News of the situation shocked parents gathered at a P.S. 24 parents’ association meeting on Oct. 21. With Department of Education (DOE) and SCA officials at the gathering apparently unaware the lease had expired, it fell to the president of Whitehall’s co-op board to inform parents of the situation with P.S. 24’s annex.

Jeffrey Moerdler explained he had contacted the SCA about two years ago in anticipation of the June 30, 2015 expiration of the lease. He reported that the SCA then made an offer well below the market rate for about 13,000 square feet of space at Whitehall, located at 3333 Henry Hudson Parkway, and ignored his subsequent efforts to solicit a more competitive deal. In the absence of any such offer, Whitehall signed a lease for the Bright Horizons day care to occupy the space.

While students are still taking classes at Whitehall — a DOE spokesman placed the number of fifth graders there at 143 — Mr. Moerdler said to stave off an eviction, the DOE has to sign a lease for the space at the same rate Bright Horizons will pay starting next fall — more than $30 per square foot, compared to the $23 per square foot the SCA initially offered. Over the summer, Whitehall filed an eviction notice in Bronx Supreme Court in order to kick the students out by fall 2016 — or sooner, if the DOE does not agree to a lease for the rest of the school year.

“I hope that that will be resolved, but that’s the best we can do,” Mr. Moerdler said last week.

“If not our kids, could get kicked out?” asked a parent at the meeting.

“Not could — will,” Mr. Moerdler replied.

“The school is there with no legal right,” he continued. “Is that the right thing for the board of ed to be doing to us, staying after the lease expired? They knew for five years.”