Where The Hill Bistro failed, Iggy Khoury hopes a familiar name will succeed 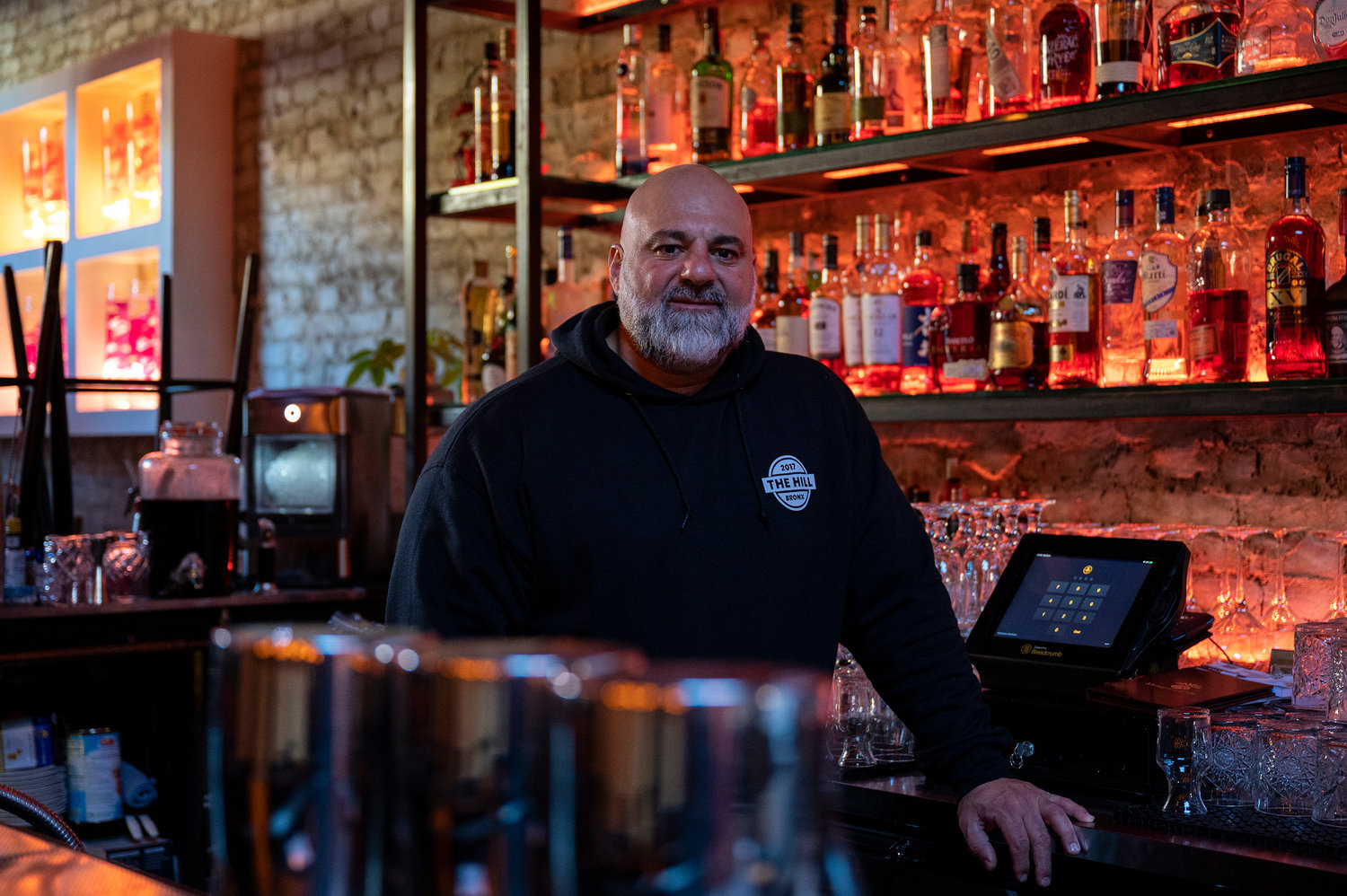 Iggy Khoury held a soft opening for Mamajuana Café Prime at 3541 Riverdale Ave., earlier this month — officially reopening after completing some repairs at what was formerly the Hill Bistro. Mamajuana is Khoury’s second attempt at opening a restaurant in this location after shuttering The Hill early last month.
HIRAM ALEJANDRO DURÃN 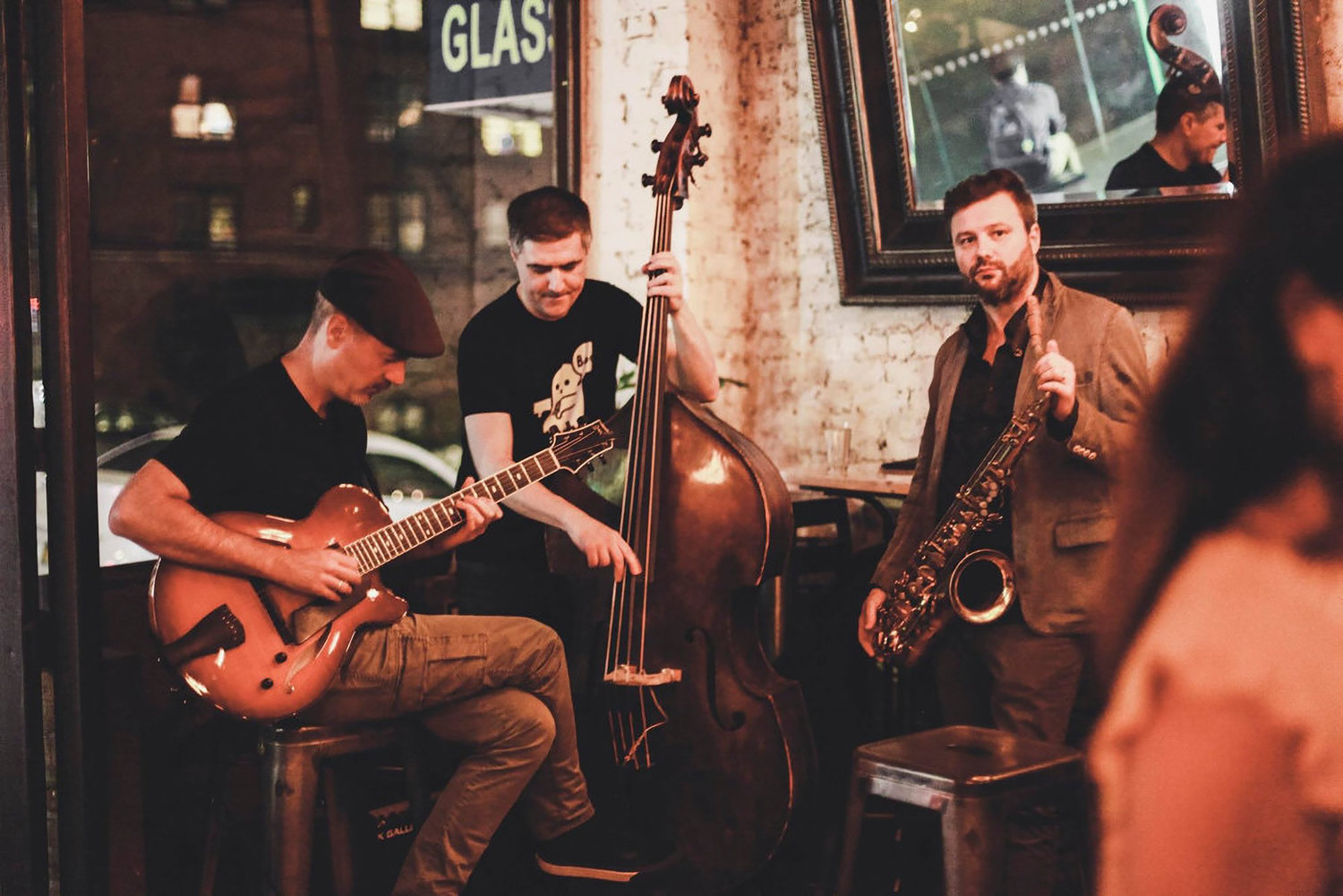 After The Hill Bistro failed to attract a dedicated customer base at its 3541 Riverdale Ave., location, owner Iggy Khoury rebranded as Mamajuana Café Prime — which officially opened last week. Like at The Hill, Khoury says he plans to have several live music performances a week.
Courtesy of Olga Brycht 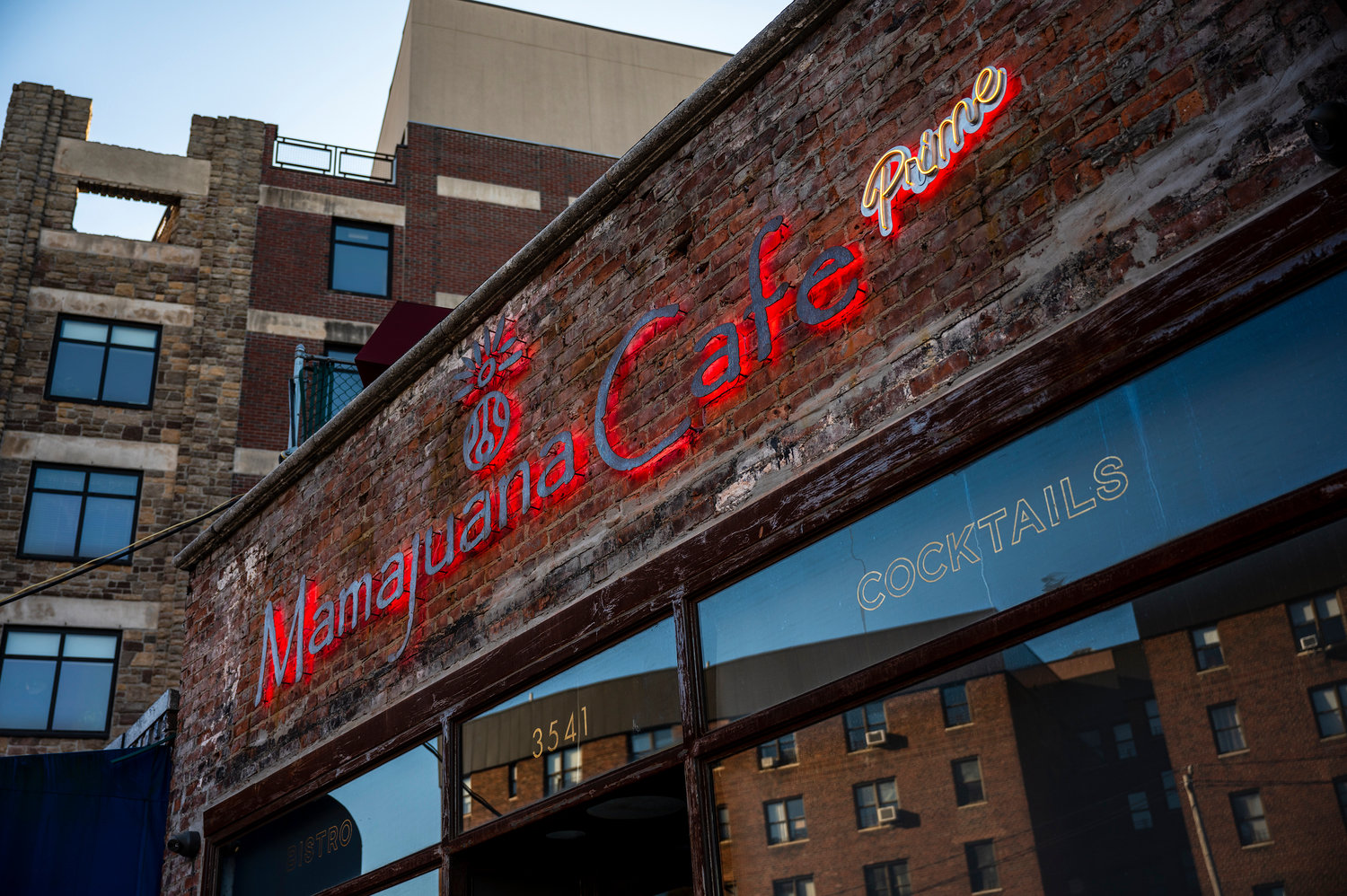 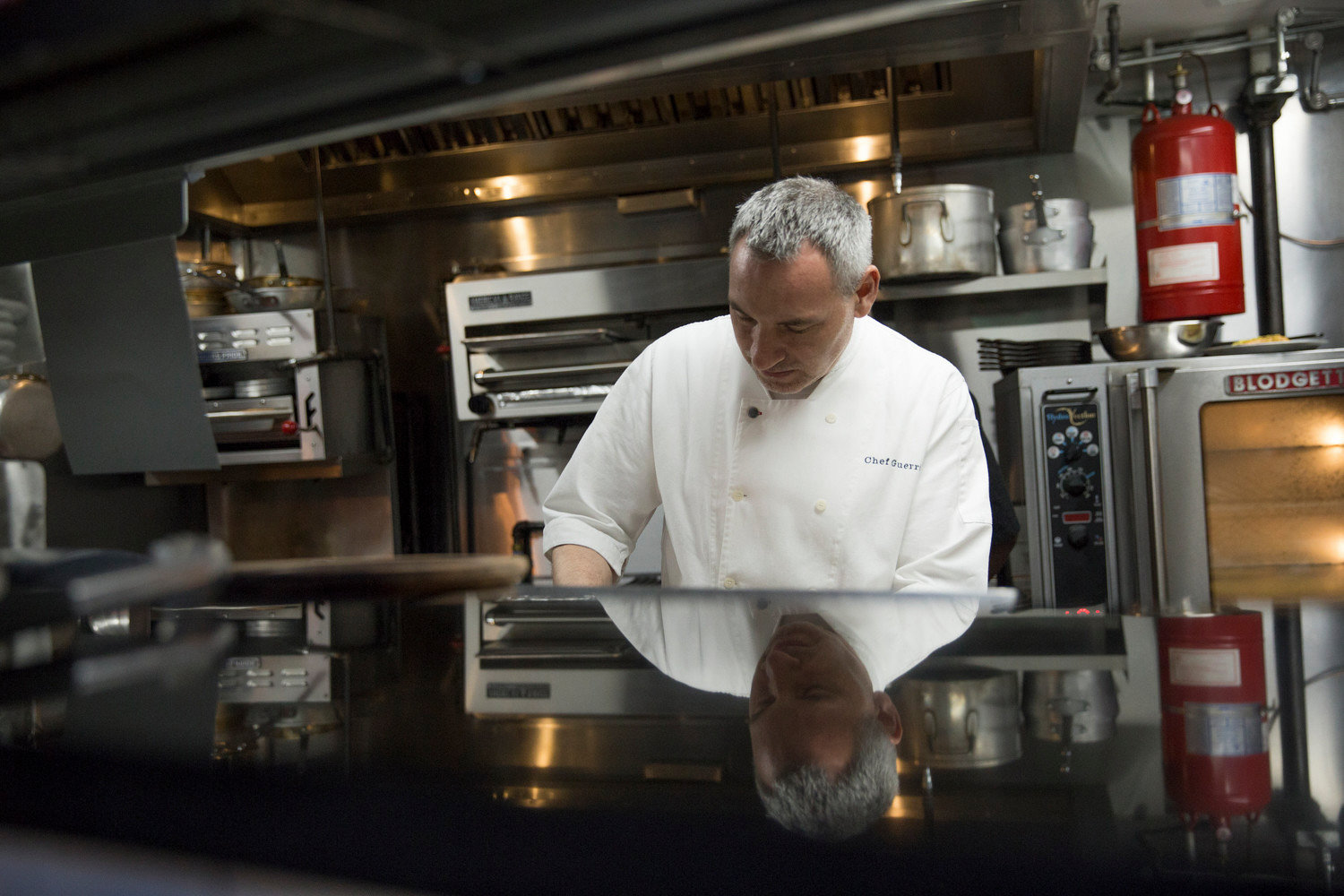 Iggy Khoury says The Hill Bistro had trouble finding a dedicated audience because the more esoteric food didn’t resonate with the neighborhood. That’s why his new restaurant in the same location — Mamajuana Café Prime — will serve more traditional Dominican and Latin American fare.
Courtesy of Julia Sclafani
Previous Next
By ETHAN STARK-MILLER

Ever since it opened in 2017, The Hill Bistro struggled to find a dedicated customer base at its 3541 Riverdale Ave., restaurant. But just like so many other small businesses, the coronavirus pandemic delivered a fatal blow to The Hill, forcing it to finally close its doors early last month.

“Unfortunately, with COVID and with the mandates and being vaccinated and all that, it set me back,” said Iggy Khoury, The Hill’s owner. “And I wasn’t getting enough support from the neighborhood with that.”

But Khoury, a long-time Kingsbridge resident, didn’t want to give up on his mission to own a restaurant where he’s settled down.

So, rather than selling the storefront space, Khoury decided to give the restaurant business another try, opening a new eatery in the same location. He ultimately settled on bringing an already existing restaurant brand — Mamajuana Café — to Riverdale. Except Khoury’s version is called Mamajuana Café Prime.

“Basically, I’m just trying to be a little creative with these hard times that are going on now,” Khoury said. “So, I just figured, let me bring in a name that’s known more than ‘The Hill’ is known, and change the cuisine. And maybe get some more activity and traction going in and out of my doors.”

Khoury held a soft opening for Mamajuana earlier this month as a way to gauge community interest, but also see what changes were needed before opening the doors officially last week. After those four days, Mamajuana shut down long enough to redo floors and replace some walls.

“We’ll need about two weeks to train staff correctly, and get our menus on point between dinner and brunch and happy hour,” Khory said. “All that stuff takes some time.”

Mamajuana Café is a Latin American-themed restaurant primarily serving food from the Dominican Republican. Each of its locations are independently owned in the east Bronx, Washington Heights, Queens’ Woodside section and New Jersey.

While regulars at The Hill liked it, Khoury struggled to get the kind of foot traffic he needed to sustain the business. Originally, he wanted The Hill to be a place where people in the greater Riverdale community could experience the kind of fine dining more common in Manhattan.

“Every time I wanted to go out with my wife we always headed into the city or upper Westchester,” Khoury said. “Because Riverdale never had anywhere we could go and enjoy as we were in our early 40s. There was nowhere in Riverdale we could really go, sit at a bar, have a nice cocktail, and just have an enjoyable conversation.

“So, I said, ‘You know what? Why not open something like that in my neighborhood? And give the people in my age group and higher a place where they could hang out and enjoy themselves.’”

But Khoury’s plan backfired. He thinks many were intimated by the menu, which featured non-traditional cuisine like salmon, chicken liver and beaten kale meatballs. And then there was the restaurant’s upscale aesthetic.

“I think I had the food and the cocktails,” Khoury said. “I just think the neighborhood wasn’t prepared for it, or ready for that. Because I wasn’t getting enough support.”

Khoury adjusted by rolling out some more traditional bar food options., which did attract more customers. But by then, he realized it made more sense to start from scratch with an entirely new cuisine.

Now Khoury believes Mamajuana will succeed where The Hill didn’t. Partly because people already know and trust the Mamajuana name from its other locations around the city, like the one in Washington Heights, which has been open for 17 years.

Tracy McCabe Shelton — executive director of the Kingsbridge Riverdale Van Cortlandt Development Corp. — agrees that bringing in a trusted brand like Mamajuana is sure to create a buzz.

“And people have talked a lot about having one here, I know, in the past. I’ve heard buzz that that would be a nice addition to our community.”

Although Khoury wants Mamajuana to be more relaxed and inviting than The Hill was, he still wants to maintain elements of fine dining hungry customers may not find in the chain’s other locations.

“I added the ‘prime’ to my name because I want to make it a little different, a little higher end,” Khoury said.

“My interior design is going to be a little different than theirs. So, putting a little twist to the Mamajuana Café.”

Khoury also plans to continue live music several times a week — something that was a fixture at The Hill.

While it was sad to lose Khory’s first attempt at bringing a restaurant to Riverdale Avenue, McCabe Shelton says she’s excited to see what Mamajuana has to offer.

“I wish I could have them both,” she said. “And maybe someday we will again. But certainly, it’s an exciting thing for the community. And again, it’s something that I have heard a buzz about. That Mamajuana’s really cool. So, hopefully it does really well.”