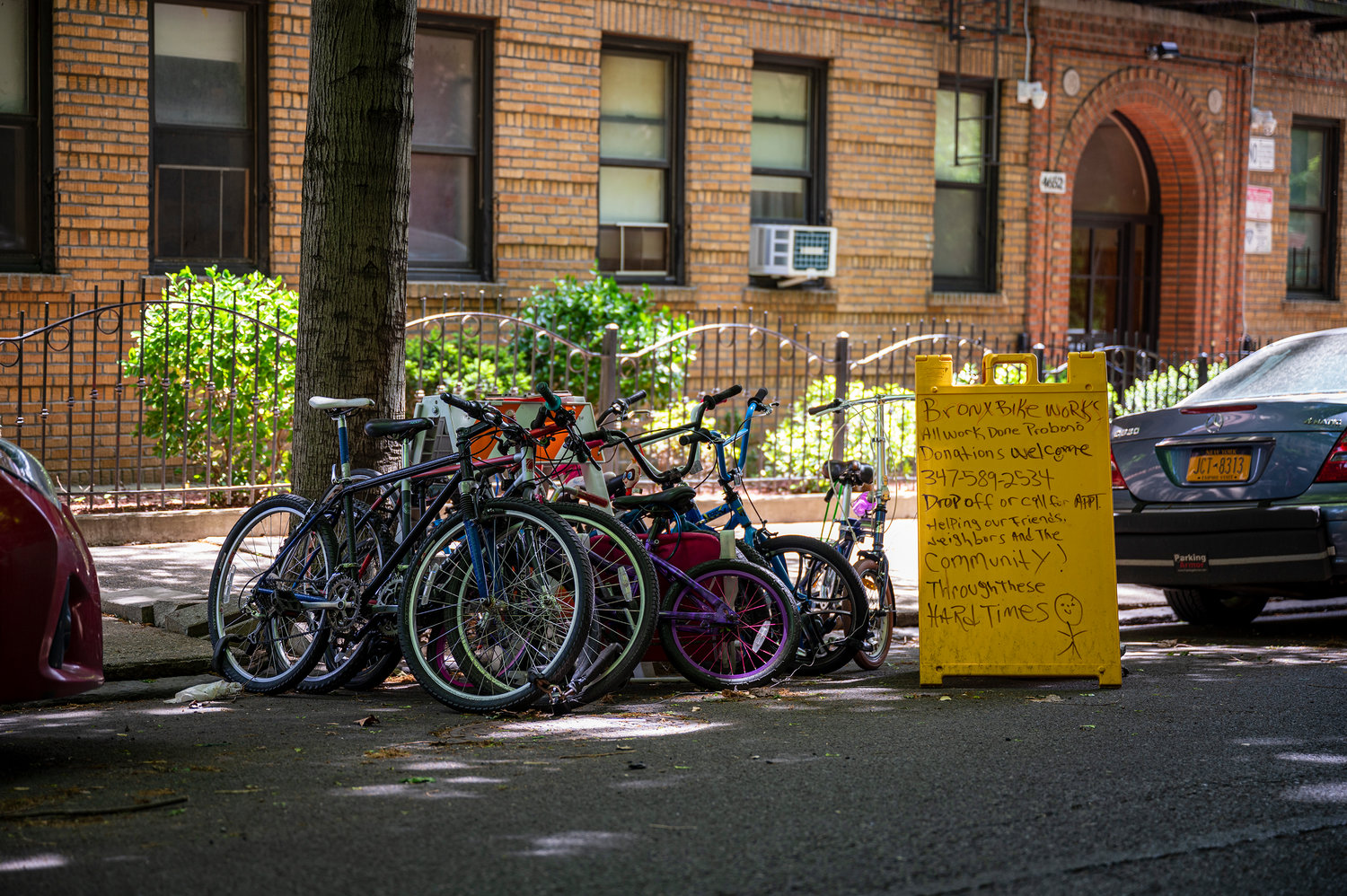 A collection of bicycles on the curb where cars park along Manhattan College Parkway on Wednesday, May 18.
Hiram Alejandro DurÃ¡n
BY STACY DRIKS

The man known for fixing and donating his adult and children bicycles to people near Manhattan College agreed to stop his on-street operation after he struck an agreement with police.

Kevin Mullins, who was once a parking space nuisance for neighbor Jessie Adair on Manhattan College Parkway and West 242nd Street, will no longer offer his service there. The retired Shop Rite employee is now shut down for good.

“The 50th Precinct was able to gain voluntary compliance from the individual who owned the bikes and they were removed,” a spokesperson for the New York Police Department said.

However, his journey is not over as he will continue selling bikes but online through applications. He is optimistic residents who have been in contact with him will reach out for bicycle repairs or interests in donations.

The battle between Mullins and Adair led to calls to the city’s sanitation department and the 50th Precinct. Prior to the recent shutdown, both had paid Mullins a visit.

“Our reps visited the site during cleaning operations last month, said Belinda Mager, a spokeswoman for the city’s sanitation department. “At the time, there were no obstructions hindering our broom access.”

Mager continued to tell The Riverdale Press that a sanitation department chief spoke to a person they believed to be the Mullins and told him to keep the bicycles off the street during alternate side of the street parking. And he agreed.

The fine for ignoring those rules is $65. However, this is for vehicles with valid license plates and registration stickers. The sanitation department’s enforcement division cannot ticket a bicycle with no information.

Mullins requested a bike rack from the CityRack program.

Those racks are managed by the DOT and are meant for short-term use.