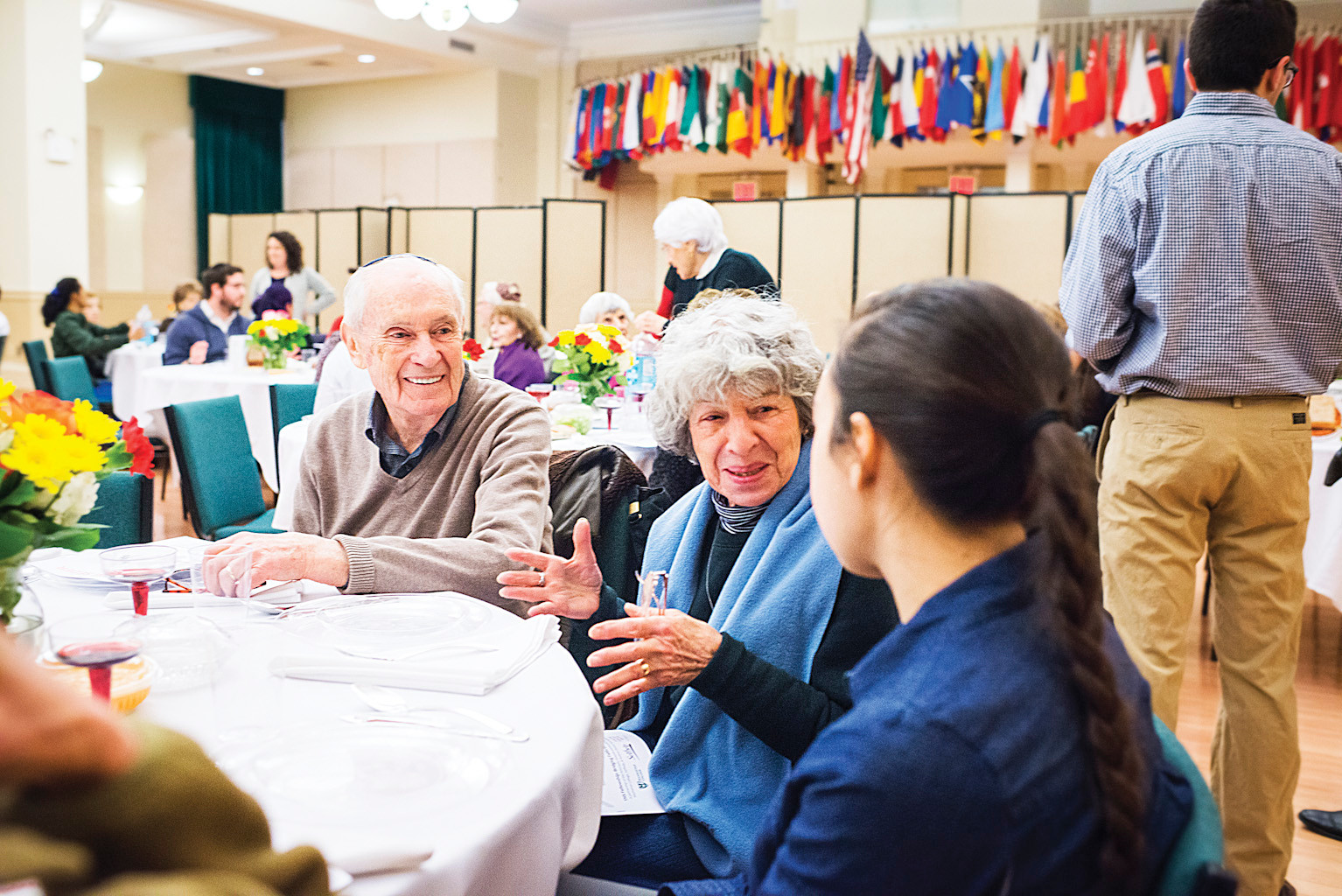 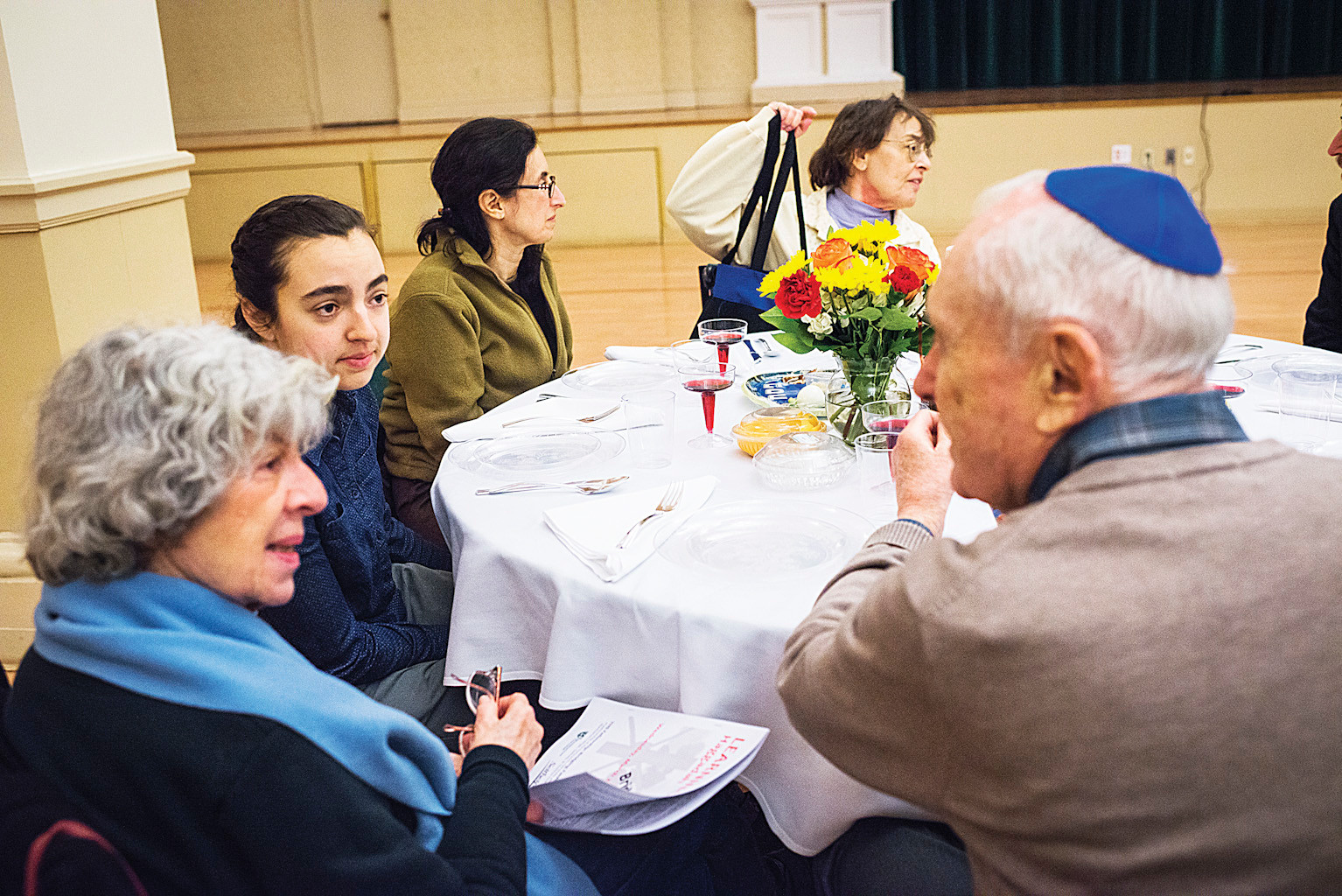 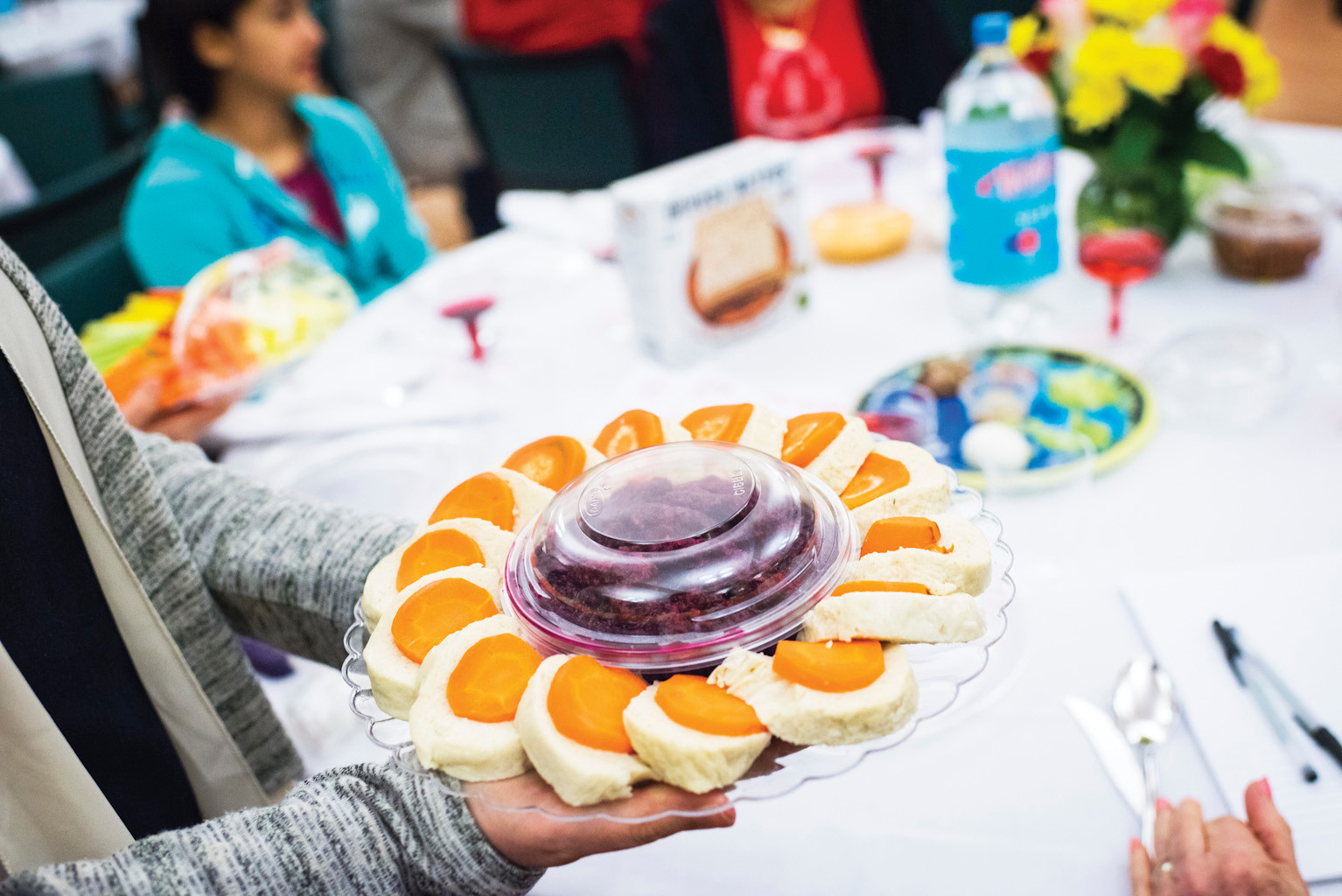 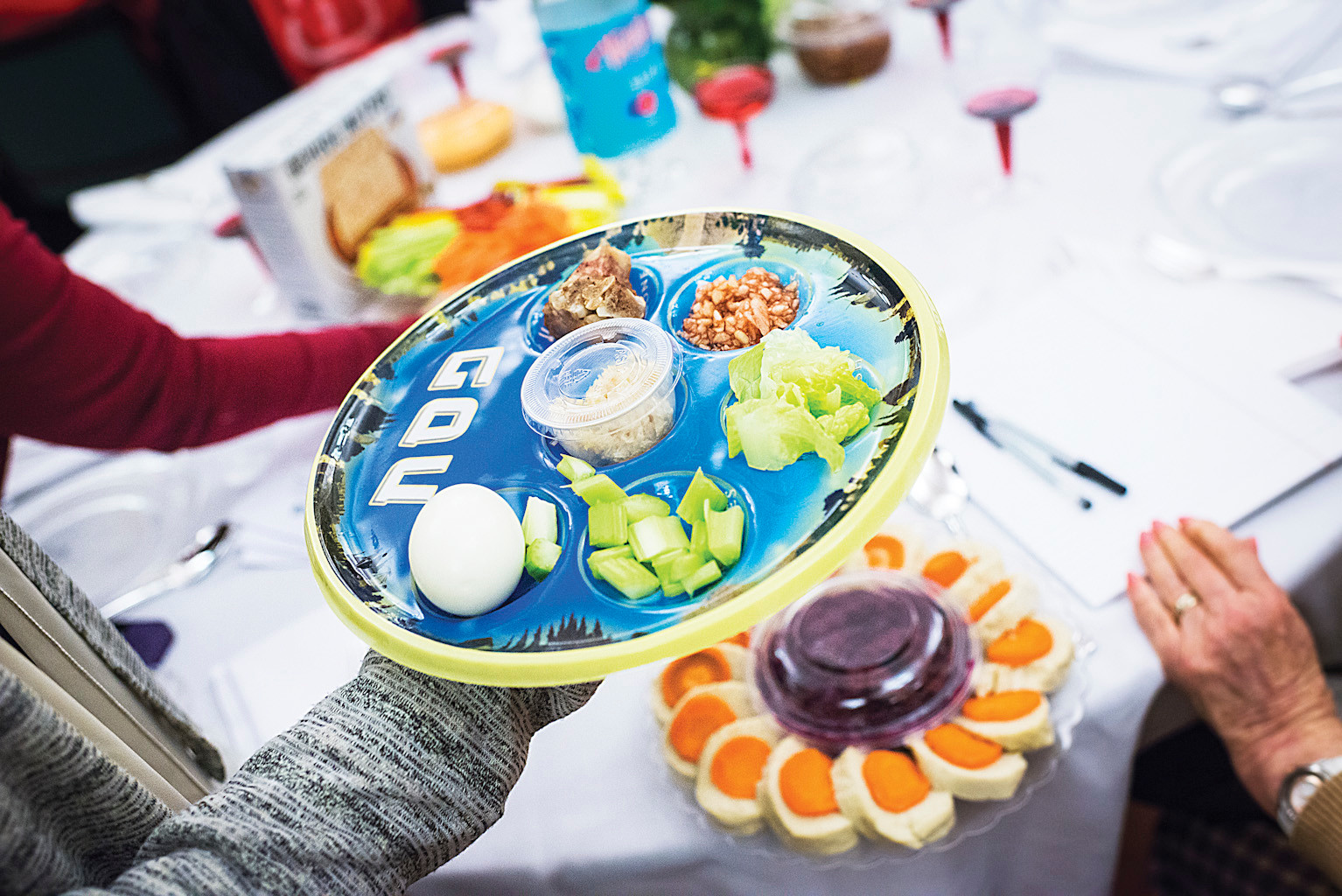 A vegetable plate is served.
Adrian Fussell / The Riverdale Press 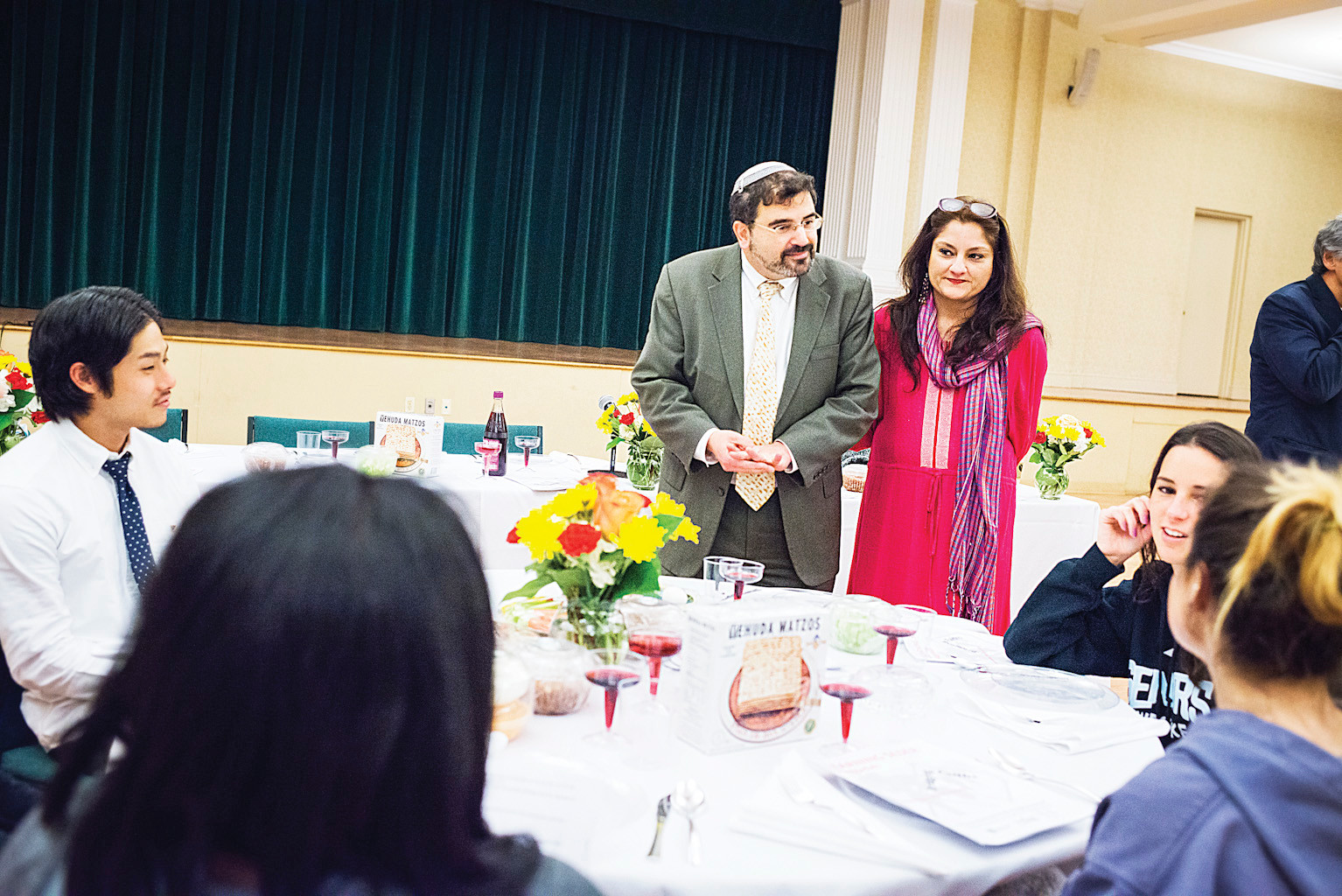 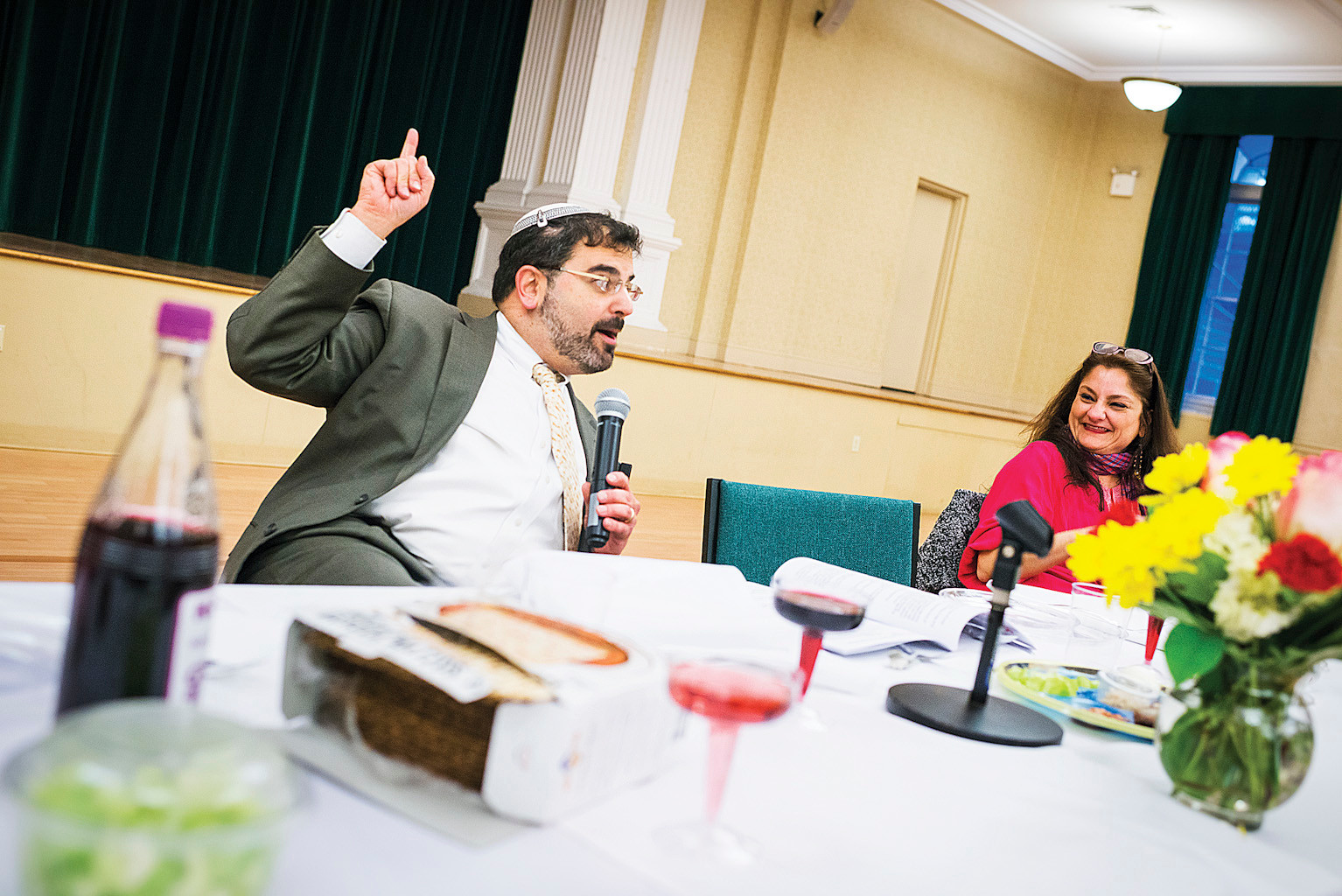 “What is going to happen tonight is not really going to happen anywhere but here in Riverdale, New York,” Manhattan College professor Mehnaz Afridi told a group of people sitting around tables laden with Passover foods like grape juice and matzo.

It was a momentous evening for Ms. Afridi, the director of the college’s Holocaust, Genocide and Interfaith Center, as students and faculty, members of the Yeshivat Chovevei Torah Rabbinical School and several Holocaust survivors joined to celebrate an interfaith Seder in the college’s chapel on March 25.

One of the attendees, Manhattan College sophomore James Noeker, 20, started a fellowship at the Holocaust center after taking a class with Ms. Afridi during his freshman year.

Mr. Noeker, a Catholic student, was the victim of an anti-Semitic comment after he was mistaken for a Jewish person — a jarring incident that sparked his interest in the program.

“After that, I asked, how can I be more involved in the center?” he recalled before the Seder began. “I think this is a great way to really join the three Abrahamic faiths that seem to be always at odds with each other in the news.”

Since September, he and two others in the fellowship, Catholic student Ryan Waters, 21, and Muslim student Lenisa Patterson, 22, have met regularly with three Rabbinical students and three Holocaust survivors — clients of Selfhelp Community Services’ Nazi Victims Service Program, to discuss the survivors’ experiences as well as ideas for increased harmony between religious groups.

“Students learn about the Holocaust not just by reading about it, but by meeting Holocaust survivors,” explained Elihu Kover, vice president of Selfhelp’s service program.

For the students, hearing stories from the Holocaust firsthand has been a profound experience.

“When I first met them, I came back to my dorm room and sat down, and really tried to wrap my head around it,” said Mr. Noeker.