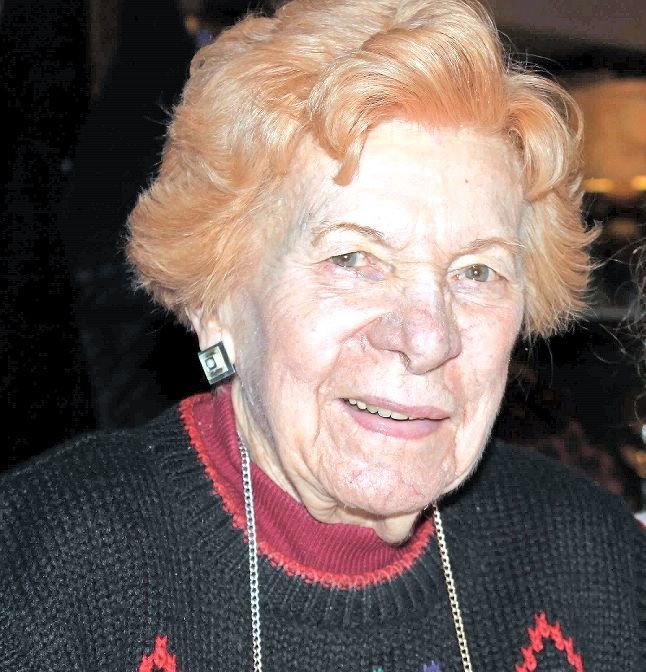 The Bronx native’s life was characterized by her devotion to her Catholic faith, her deep love for her husband and her extended family, her thoughtfulness, and her strength and optimism in the face of — at times — daunting challenges.

A graduate of the College of Mount Saint Vincent, she married husband George in 1951. They raised two sons — reporter Rich and social worker Gerry — in a fifth-floor walk-up Bronx apartment, and were married for 58 years.

While her sons were still in school, Marian began a teaching career that lasted more than 20 years, and included earning a master’s degree from Hunter College. A pioneer special needs public school teacher in New York City, she was part of a select group that developed and implemented innovative programs such as “resource rooms” that were the forerunners of the cutting-edge curricula of today.

After she and George retired, they spent a lot of time traveling, including trips to Japan, Russia, and countries throughout Europe. She especially looked forward to visits with her grandchildren, Daniel and Eliana.

Proud of her Irish heritage, she also was a loving aunt to Maureen, Bill and Irene — children of her sister Evelyn, who died at an early age.

When George suffered a decline of his mental acuity in his mid-80s, she responded with caring compassion as she faced increasing difficulties by his side.

In 2009, they moved from Riverdale to Boston to be near Gerry. At the assisted living facility where she spent her last 13 years, she was dubbed “the evangelist” as she often sought to aid those who had “strayed from the flock” to return to their faith. She also helped establish a welcoming committee for new residents, took up painting, and was an enthusiastic participant in numerous exercise classes.

A funeral Mass will be held at St. Gabriel Church on Saturday, Feb. 5. In lieu of flowers, please make donations to the employee appreciation fund at Goddard House Assisted Living Facility in Brookline, Massachusetts.