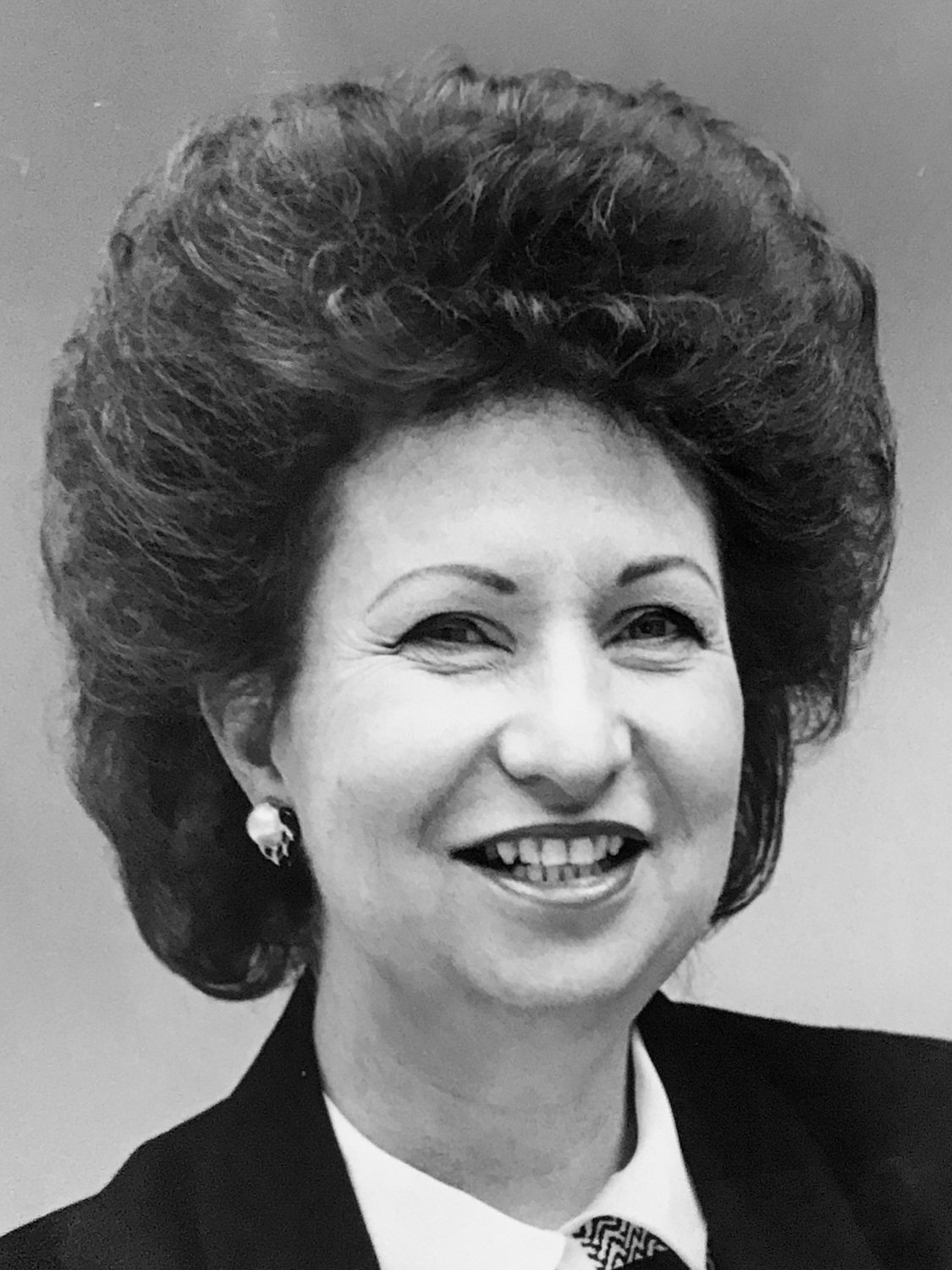 Marilyn Sopher, one of the Bronx’s leading real estate figures and a longtime philanthropist for Jewish causes, died on Saturday, Feb. 22, 2020. She was 84.

She died at NewYork-Presbyterian Allen Hospital shortly after collapsing at her home in Riverdale that morning.

Hers was a Horatio Alger story, in which she came from the humblest of backgrounds and, through a life of struggle and hard work at many varied jobs, rose to become a prominent commercial landlord and real estate broker. She and her late husband Morris began purchasing small properties throughout the Bronx in the 1970s, eventually assembling one of the largest retail property portfolios in the borough.

They also founded one of Riverdale’s most successful residential real estate brokerages, and a good number of their agents went on to found their own firms.

She was born Marilyn Trebach on March 16, 1935, in Brooklyn. Her father, Benjamin Trebach — a Polish immigrant — was an artist who worked as a sign painter. Her mother, Rose (Storch) Trebach, was a housewife.

Moving to the Bronx when she was 3, she grew up in Crotona Park along with her two younger siblings. Struggling during dire economic times between the Great Depression and World War II, the family moved every four months, as landlords with many vacancies sought new tenants by giving free-rent concessions. When she was 9, her father died suddenly from a stroke, leaving his wife to raise three young children, with no means of support. The family depended on public assistance.

She attended P.S. 4, often working odd jobs after school with her brother Bert to assist in supporting the family. This included them working as an usher and usherette at the Criterion Theater on 145th Street and Broadway in Manhattan. With the encouragement of her mother to complete high school, she graduated with a commercial diploma from William Howard Taft High School in 1953.

After taking the civil service exam, her first job was as a stenographer in a typing pool at the city’s welfare department. She then became a private secretary in the same organization, working for a supervisor of five units of social investigators, earning $45 a week. She began working during evenings as a legal secretary for a negligence attorney, sharing an office with Morris Sopher, who would become her husband. She ultimately decided to work for this attorney full-time at $75 a week.

In 1961, she eloped with Morris to Virginia.

As she became more experienced, she accepted a position as a legal secretary, working for Friedman Freidman Friedman & Friedman. She was an able secretary, but was forced to leave when she gave birth to her first child, Barbara, in 1966. The legal knowledge gleaned from this job experience proved to be a formative influence in her future career.

She obtained her real estate broker’s license, and together with her husband, began acquiring retail properties and doing private mortgage lending. Their business did not have a lawyer, so she taught herself real estate law on the job, preparing all the contracts and closings for their acquisitions and growing operations.

Over the years, their firm became a highly successful company with its own commercial and residential divisions. Today, Sopher Management is primarily a commercial real estate company.

Nearly every synagogue in Riverdale benefited from her and her husband’s generosity. As benefactors of Young Israel Ohab Zedek of North Riverdale/Yonkers, they enabled the congregation to obtain its building on Riverdale Avenue, where the structure bears their name. They also helped the Conservative Synagogue of Riverdale in its merger with Congregation Adath Israel of the Grand Concourse, which facilitated the construction of its present home.

The Sophers donated the youth lounge at the Riverdale Jewish Center, and made substantial contributions to the Hebrew Institute of Riverdale.

She and her husband were particularly generous to Chabad of Riverdale, first giving it a home in a building they owned on Mosholu Avenue, and then helping them acquire their own building at its current location on West 246th Street near Henry Hudson Parkway.

One of her proudest public roles was as a promoter and benefactor of P’tach, a nonprofit organization seeking to ensure that special education programs for children are available at all yeshivas. She also was a benefactor of SAR Academy, and donated a running track to SAR High School in memory of her late husband, who was an avid runner and marathoner.

She gave philanthropic support to the Hillel Houses at Boston University and Columbia University, and was honored by the Nishmat School in Israel for supporting education of underprivileged youngsters.

She was a contributor to the Wave Hill public garden and culture center, Riverdale Neighborhood House, and was honored by the Riverdale Jewish Community Council. She also initiated an endowment fund for Jewish education at The Riverdale Y, in addition to initiating and sponsoring The Y’s 5K run and Walk to Cure Cystic Fibrosis.

In 2016, she was honored at the Bronx Manhattan North Association of Realtors for 45 years of membership.

Overseas, she and her husband were major supporters of the Migdal Ohr network of educational and social institutions for Jewish children in Israel and Russia, and she was honored with the Migdal Ohr Tree of Life Award.

She was known for her special fondness of the Jewish Sabbath, when her Friday night dinner table was always an elaborate affair for her extended family and the countless house guests and visitors she welcomed there over the years.

It was humorously said that the guesthouse next to her stately mansion was Riverdale’s longest-running non-paying Airbnb.

The day after she died, she was eulogized by her family and friends at a funeral service at the Riverdale Jewish Center. Afterward, she was immediately flown to Israel, where she was buried under her Jewish name, Mindel bat Moshe Binyamin v’Raizel at Eretz HaChaim Cemetery in Beit Shemesh. She was buried next to her husband of 37 years, Morris, who died in 1998.

She is survived by her three children Barbara, Jonathan and Lisa; 10 grandchildren, a brother, Bertram Trebach of Riverdale; and a sister, Vivian Weintraub of Riverdale.